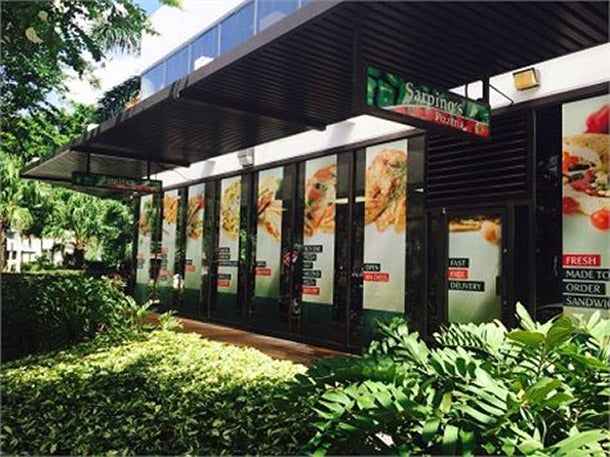 Slava Kopilevich knows a thing or two about opening a business in a new area. Kopilevich moved to America from the Ukraine with his wife and one-year-old son with only $200 in his pocket.

After working at a bakery, he decided to open his own business as a Sarpino’s Pizzeria franchisee in Des Plaines, Ill. While he loved the brand, Kopilevich wanted to expand. So, he relocated to Florida and became Sarpino’s first franchisee in the state.

I have been with Sarpino’s since 2008. I believed in the power of the brand and the support that I’ve receive from the corporate office has affirmed my decision. The Sarpino’s system and business model have provided me with a path towards success and a clear vision of where I can go.

I worked at Breadsmith bakery in Chicago. I was responsible for wholesale distribution of our products to supermarkets. Prior to moving to America, I was a manager at an appliance store in Ukraine.

I knew franchising was the way to go, but I did not want to jump right in, so I researched numerous franchising systems, which took me an entire year. Sarpino’s Pizzeria stood out at first due to their tremendous growth. After digging even deeper, I found that I liked the product, the concept and the business model provided to franchisees. I joined Sarpino’s and bought an existing store in Des Plaines, Ill. After few years I was looking for an opportunity to expand, and decided to bring the Sarpino’s brand to Florida. We opened our first store in Ft. Lauderdale earlier this year and already have a multi-unit deal in place for six additional locations throughout South Florida.

I did most of my research online, and after speaking with Sarpino’s franchisors and other franchisees I knew this was the right system for me.

Related: The Sweet Success of a Whimsical Ice Cream Franchisee

Opening the first franchise in the state of Florida certainly added to the challenge. Outside of relocating my family, finding the right location, and hiring the right team, I wanted to make sure that since we were first to market, we would make an immediate impact.

Crunch your numbers and be sure you cover all your financing options. Be prepared to work hard, lead by example, and train your team well. You will be amazed at how much stress is taken off your shoulders if you and your team can operate at a high level right from the start.

Expansion! I am already looking for my next location in Miami.

This article is part of a series on franchisees who relocated to open a franchise. Click here to check out profiles on more franchises who moved to open their own businesses.

Related: Why This Franchisee Relocated to Open a Sandwich Shop