5 Tips to Create an Innovative Market Disrupter, From the Man Taking on Bloomberg

By Matthew Toren February 26, 2015
Opinions expressed by Entrepreneur contributors are their own.

Speak with Morgan Downey and the first thing you’ll notice is likely to be his subtle Irish lilt. After a few moments, however, you’ll no longer notice the accent -- you’ll be too mesmerized by his passionate discourse on the need for innovation in the financial trading markets. If you’re a day trader or a trader in any corporate structure, you’re working on a Bloomberg desktop terminal, and at a significant cost to either you or your employer.

In 1981, Bloomberg L.P. disrupted the financial services sector with its innovative use of technology to create trading terminals. That terminal helped it to become the largest financial data company in the world. It also became its bread and butter and continues to account for more than 80 percent of Bloomberg’s bottom line, and have in a sense become the marketplace behemoth it set up to disrupt over three decades ago. At the time, the offering was revolutionary, but now it’s been 30 years since any real innovation has come along and the toppling enterprise may soon become the toppled. 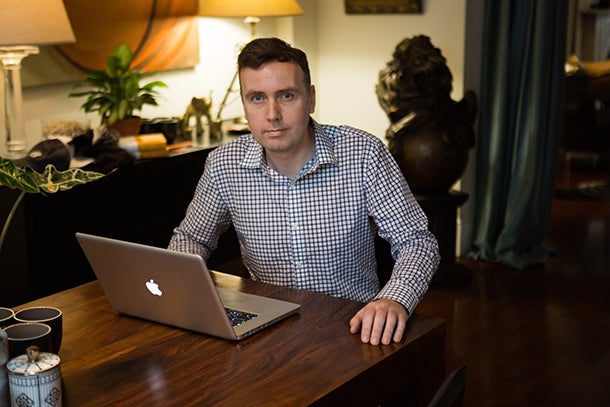 Downey was well entrenched in the Bloomberg terminals, having worked for the company's commodities division, as well as running trading desks at a slew of other firms such as Citibank, Bank of America and Standard Chartered, domestically and internationally.

“I realized after working with the terminal and actually working on the terminal offering for so many years that I could build my own," he says. "And better, for less money.”

It’s no small order to take on building your own financial tech platform, set to disrupt a platform such as Bloomberg’s, but Downey and his team have done just that with Money.net. For a flat $50 a month subscription, Money.net offers an alternative, affordable solution for traders.

How do you go about disrupting the financial data service sector? Easy. Here are Downey’s five approaches to making a better product and better service for any industry disruption.

It sounds obvious, but many entrepreneurs focus only on disrupting an industry, not on making it better. Downey’s approach was always that he could make a better terminal than anything else on the market offered by Bloomberg or Thomson Reuters. It’s a $30 billion space, so there was plenty of room for a better product to come along with an innovative approach.

In addition to making a better product, Downey saw the opportunity to scale the technology in a way that made it more affordable. How much more affordable? He and the Money.net team are able to offer a one-week free trial of their desktop software and then just a flat $50 a month subscription fee. Given the superior product and affordable cost structure, it’s a revolution in the making.

3. It needs to be intuitive

When Downey set out to create Money.net, he knew it wasn’t enough for it to be a great product -- it had to be easy to use. He wanted a platform so intuitive and simple to navigate that there was virtually no training or learning curve to get up and running straight out of the box. The team has been able to deliver that with an easily modified display and real time trading, trending and news features so you can turn on as much as you need or want to see in a format that suits the end users needs. It’s flexible and works for the user.

While most annual subscriptions to the Bloomberg and Thomson Rueters desktop trading terminals run around $20,000 and up, the pricing isn’t made easily accessible or transparent. That’s something that fundamentally bothered Downey.

“It should be easy and straightforward to say what your product costs across the board,” Morgan says.

That’s exactly what he’s laid out with Money.net. The price is set, transparent and the same for everyone.

When you combine a total solution that trumps the competition and combine that with an exceptional price unlike anything in the market, you are able to deliver exceptional value. That’s exactly what the team at Money.net has been able to create with this innovative solution. 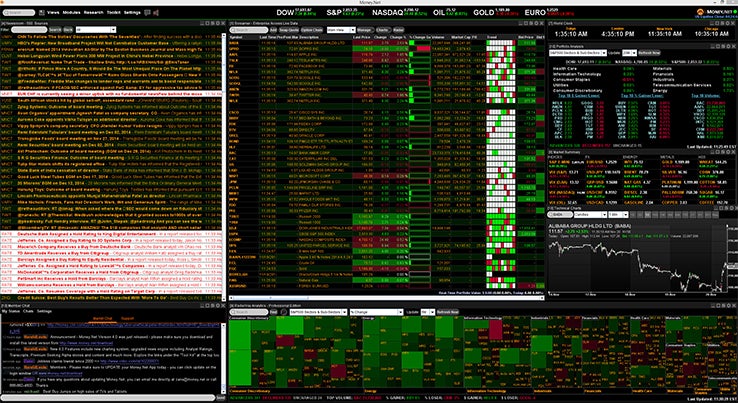 Related: Take the Guesswork Out of Innovation With Metrics