Private jet travel may today seem like a luxury that’s meant to be enjoyed only by the world’s one percent, but that’s a scenario that could soon change if JetSmarter CEO and founder Sergey Petrossov realizes the broader vision he has for his company. As an app that allows its users to book private jets to travel to destinations around the world, JetSmarter has been described by many as the Uber for the private jet market- a comparison that Petrossov claims to be pleased about, but he admits that he’s aiming for greater things than that. “Uber has achieved a lot of great success, and I think that they are a great company,” he says. “But what we are doing at JetSmarter is unique in its [own] way. So it’s great to be compared but I want to reach a point where it’s not being compared; it’s just JetSmarter.”

Petrossov does have a point- while Uber needs to be given credit for being a game-changer in the taxihailing business, the sheer scale, complexity and logistics involved in booking a private jet take what JetSmarter does into a different league altogether. Petrossov recalls how in 2009, he tried to book a private jet for himself and his friends, and then came face-to-face with a long, archaic process that involved a lot of paperwork, middlemen who were simply keen on making larger margins for themselves, and not a lot of transparency. It was thus in a bid to transform, or rather, “disrupt,” the traditional way business was done in the private jet industry that Petrossov and his colleagues developed JetSmarter. Judging by the way it has been received in the market (FYI, the app allows a flight to be booked in just about three minutes), JetSmarter certainly seems to have achieved its founding goals.

According to Petrossov, JetSmarter has been downloaded more than 300,000 times since its launch in March 2013, and while he wasn’t willing to share very many figures relating to the business, he did say that the average price of a chartered flight is about US$23,000, and that the app was used to book over 1,000 flights in 2014. While these two nuggets of information allow us to make our own deductions about how well JetSmarter is doing, it’s also worth noting that the app is the only one of its kind in this particular business sector. “This is an industry that no one’s really tackled; it really is a blank space,” Petrossov says. “Although we are [serving] a niche market, what’s so unique about our product, why we believe that we are so far ahead, and why we have an opportunity to completely dominate this space, is because there’s no one to take example from.” 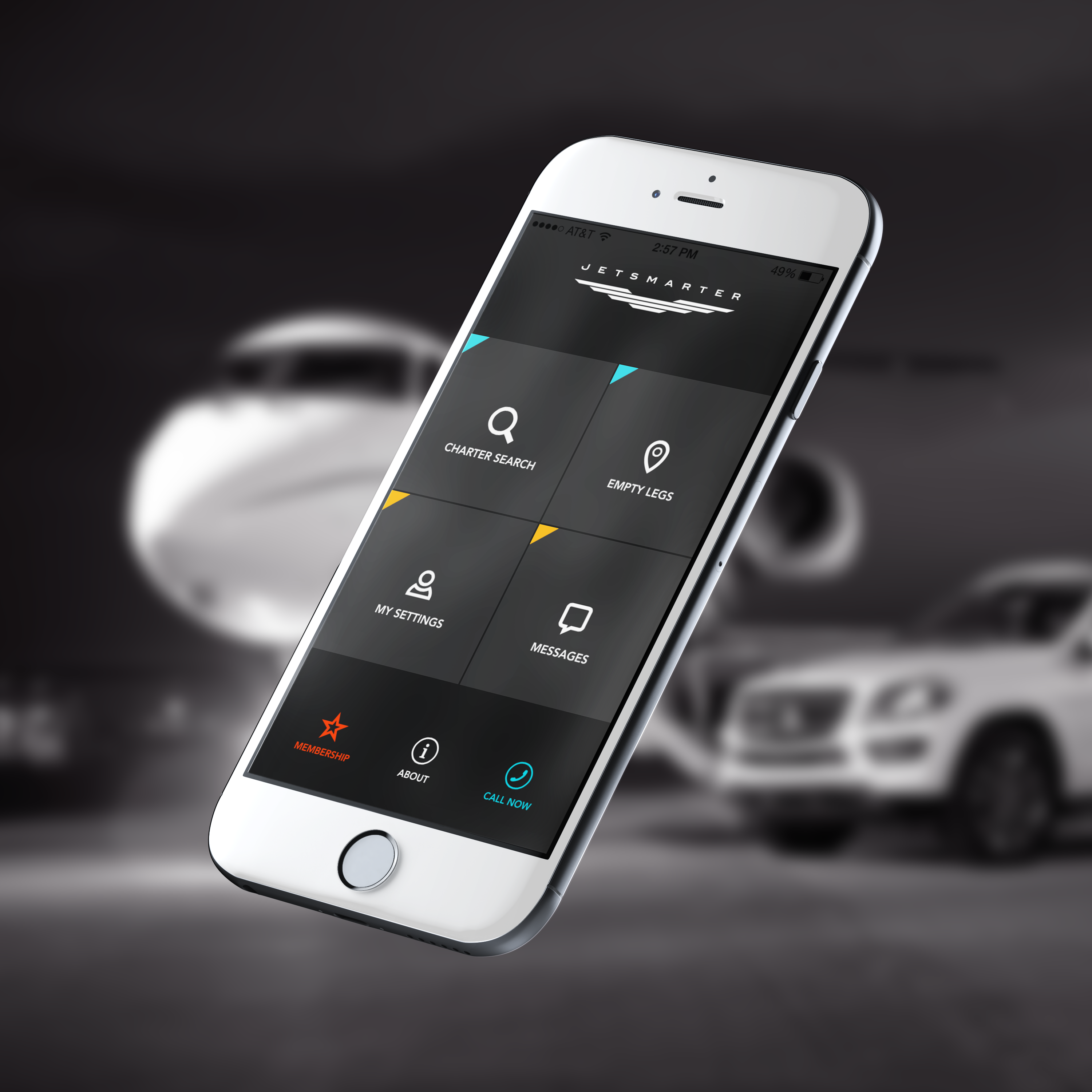 Just because they’re the first in line, doesn’t mean that it’s all smooth sailing for JetSmarter. Despite the many benefits inherent in the app’s disruptive nature, it can still be quite challenging for consumers used to an entirely different kind of service to trust that JetSmarter can deliver on all of what it declares it can do. In addition, it must be noted that the transactions that JetSmarter facilitates are rather expensive ones- and that can make customers more hesitant about using the app. And this is why Petrossov is keen on word-of-mouth recommendations for his app from a marketing standpoint- their target audience (for now at least) is, after all, a small and privileged one. “So if we can give one consumer an experience that he can’t replicate anywhere else, then he’s going to tell his friends about it,” he explains. “And that’s trust. So we work on that heavily.”

It must be mentioned however, that while JetSmarter currently caters to a market that is big in terms of revenue, the actual number of consumers that can afford a private jet is still quite small. To his credit, Petrossov is very much aware of this factor, and he’s already thinking up of ways to essentially “democratize this space.” For instance, the app’s offering of “empty leg” flight deals allows users to fly at rates that are up to 75% less than an ordinary private jet charter. While that in itself would allow more people to experience flying in a private jet, Petrossov wants to further encourage the concept of jet-sharing, which, much like ridesharing, would further allow friends (or even strangers, for that matter) to band together, split the cost of the flight, and then fly in style to the destination of their choice.

The opening up of the private jet market to more customers is something that Petrossov is very keen on doing with JetSmarter. “People might think private jet travel is inaccessible, but it actually is really accessible,” he says. “On a high level, our overall goal is to bring aviation back to its roots- all aviation started out as private. And we want to give as many people as possible the opportunity to experience that again. We really want to democratize this space. How we are going to do it is the next question, but we are taking baby steps to get there.” If JetSmarter is indeed able to make private jet travel more affordable, then that’s going to result in a major evolution in the way we as ordinary consumers choose how to travel- which is certainly a rather exciting prospect to look forward to. 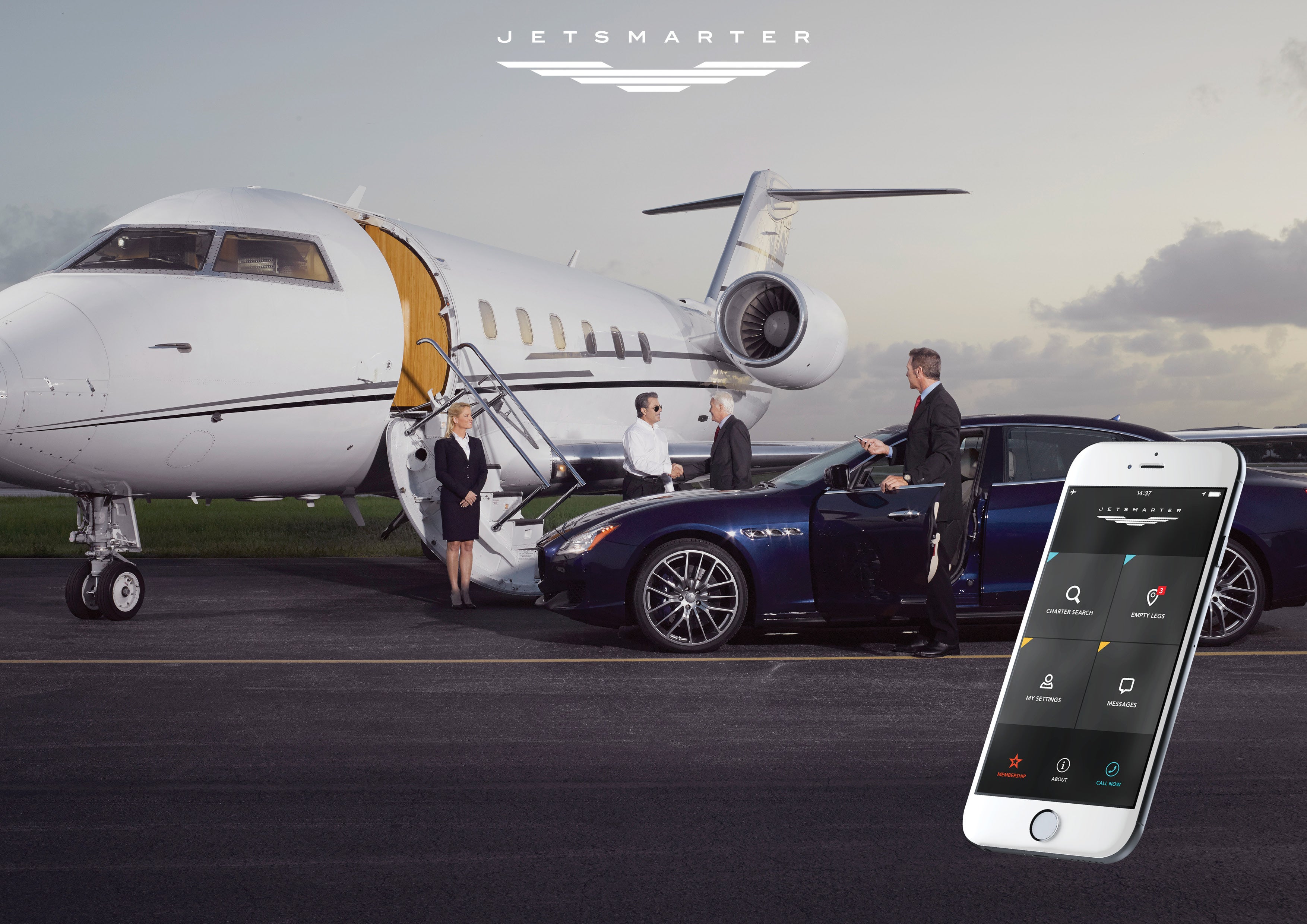 Home base “Born in Moscow, Russia, but lived most of my life in South Florida.”

Define luxury travel “Flying on a BBJ to the Four Seasons Maldives for relaxation, then making a stop in Macau to get some adrenalin, before you return home to continue innovating.”

Goal state “JetSmarter will be the go-to place to book private air travel on the go. The world is getting mobile and not only this industry, but every industry needs a fast, secure and mobile method to get what they want. JetSmarter does just that. We expect to have 10,000 members by the end of 2016 and total app user base of 10 million people.”