Blowing Past Its Kickstarter Goal, SnapPower Turns Your Outlet Into a USB Charger

By Laura Entis April 1, 2015
Opinions expressed by Entrepreneur contributors are their own.

It's a real problem, even if it's the ultimate first-world one: Too many gadgets. Smartphones, tablets and other devices all have to compete for outlet space, which means that often, something gets left uncharged.

Thankfully, a new Kickstarter campaign offers an elegant solution to this dreaded problem: The SnapPower Charger cover plate transforms any outlet into a USB charging station.

While similar products are already available, what's genius about the SnapPower Charger is its ease of use. Installation simply requires replacing the old wall plate with the SnapPower Charger -- no messing with wires required. (The USB port draws power from the screws on the side of the outlet.) The cover plate will charge most standard electronics, although because it offers 1-amp charging, it may take longer than usual to juice up larger electronics such as a tablet. 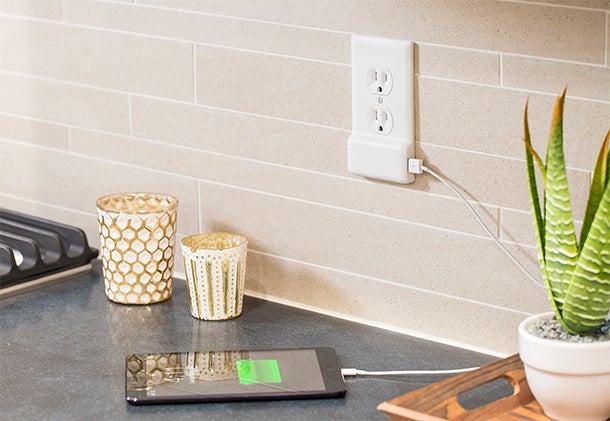 The SnapPower Charger is the second wildly successful Kickstarter campaign from creator Jeremy Smith. Last March the Provo, Utah-based entrepreneur raised nearly half a million dollars on the platform for the SnapRays Guidelight, an electrical outlet cover with an LED (light emitting diode) bulb built into the base of the outlet cover.

"Last year you helped us bring the award winning SnapRays Guidelight to market. Since then, we've been working hard to apply the same technology to the USB charger," he explains in SnapPower Charger Kickstarter video. "It's the first ever USB charger build right into an outlet and you can use it to charge all your USB devices."

Related: The Creator Behind a Robotic Bartender Spills the Secrets on How to Run a Successful Kickstarter Campaign

For $14 Kickstarter backer receives a single SnapPower Charger, although it's looking like that category may sell out on the platform.

Check out the SnapPower video below.

3 Consumer Staples Stocks to Consider for 2022