"I see greatness in the future! And that’s what I am striving for!” It is these two lines from the summary on Shahriar Khodjasteh’s LinkedIn page that resound in my head during my interview with the man himself, whose business card lists his job title as “El Presidente (co-founder and CEO)” of Dubai Desert Extreme (DDE), one of the Middle East’s most prominent names in the sporting goods retail and distribution space. While the editor in me was a little concerned about the excessive use of exclamation points in Khodjasteh’s professional profile, chatting with him for a few minutes was enough for me to realize that the enthusiasm projected by those extra punctuation marks were actually quite representative of this entrepreneur’s infectious, switched-on personality.

Khodjasteh and his brother, Shahin, set up DDE in 2001 as a 20 sq. m. retail outlet selling skateboarding goods at the Beach Centre mall in Dubai’s Jumeirah neighborhood. The store was a pioneer of sorts in the Emirate, with Khodjasteh saying that his shop essentially brought skateboarding to the Dubai market. “It was up to us to build the market,” he says. “Because what we were doing was not only marketing brands or products, we were also marketing sports, that particular sport, like skateboarding and its associated lifestyle- because it didn’t exist here. So we were building these things from the ground up.” Khodjasteh’s background in the marketing domain helped- from setting up events to sponsoring athletes, DDE was keen on building a culture around what it sold.

Of course, the proof of the pudding is in the eating, and the evidence of the success of Khodjasteh and his team’s efforts can be seen in the revenue that the DDE skate shop made in its first year of operation: a very impressive AED350,000. Buoyed by the success of its initial year, the company soon embarked on an expansion drive, opening up its next outlet at the Village Mall in Jumeirah, and then, in 2005, a third one (a new action sports retail concept) at what was then the newly launched Mall of the Emirates. As Khodjasteh remembers it, this particular 85 sq. m. store in the new mall marked a major turning point in his business’ growth story, with the outlet becoming one of DDE’s most successful branches in the UAE. 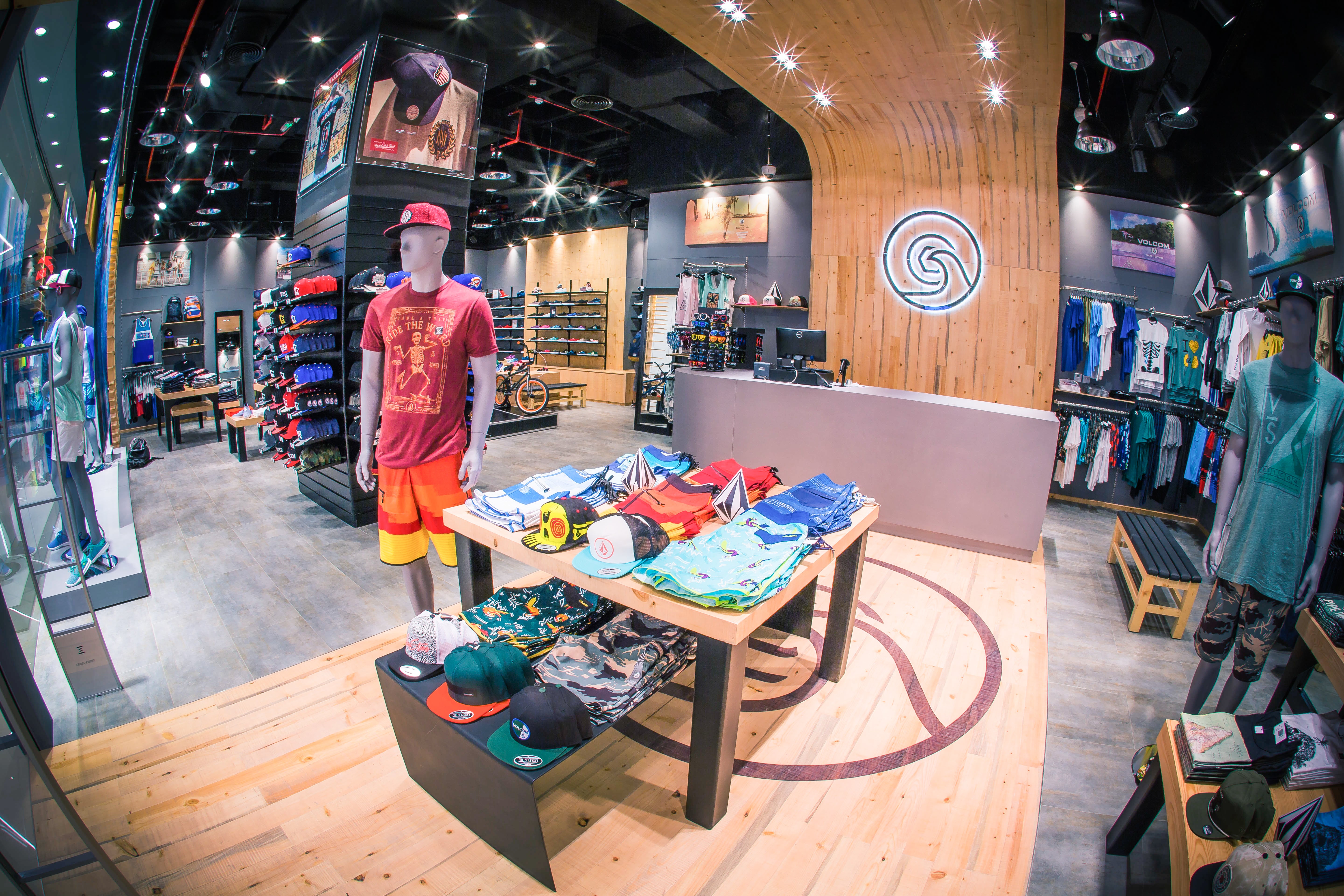 “When we opened at the Mall of the Emirates, that was one of our first tipping points,” Khodjasteh says. “Because we went from a very small community mall, to another community mall, and now to a major shopping mall. And at the time, the prices of rent [at the mall] were ludicrousAED300 per square foot. Today, there are [places that charge much] more [in rent], but at that time, it was ludicrous that we had to pay that much. But we took that big step.” Thankfully, it was a move that paid off- Khodjasteh reveals that RAGE, the skateboarding and action sports retail concept that DDE launched in the Mall of the Emirates, made about AED5 million worth of revenue in its first year alone. “2005 to 2008, those were heaven years for us,” he remembers. “Pure heaven.”

It’s easy to see why Khodjasteh remembers those years quite fondly- by 2009, DDE had launched its cycling retail concept, Ride Bike Shop, alongside its existing enterprises, and the company now had a total of 11 stores spread across the Emirate, most of which were located in shopping malls. But then the economic recession struck, and all of a sudden, DDE found itself in a major quandary. “2009 to 2012 were four difficult years,” Khodjasteh says. “As an entrepreneur, as a small business, this was extremely difficult to manage. Because, here we were agreeing to crazy rents in these big malls, having to go ahead, fit out these stores, put products in, put people in… You’re adding so much fixed cost to the business. And it came to a point where we were losing money.”

It was a stressful situation, to say the least, and as the head of the establishment, Khodjasteh had to make some tough decisions for DDE’s future. “What we had to do [was] to think very carefully about our position,” he explains. “And the decision was made that we would keep our five most profitable stores, and close the other six. We had to think cost efficiency- cut away the fat and become [more] efficient.” It was, by no means, an easy decision; however, Khodjasteh notes that despite the store closures, he didn’t fire any of the 40-odd staff he had on his company’s rolls then. In addition, Khodjasteh also decided to diversify his company’s offerings- given the number of exclusive brands it had under its belt, DDE began distributing those products in the wider Middle East region as well. 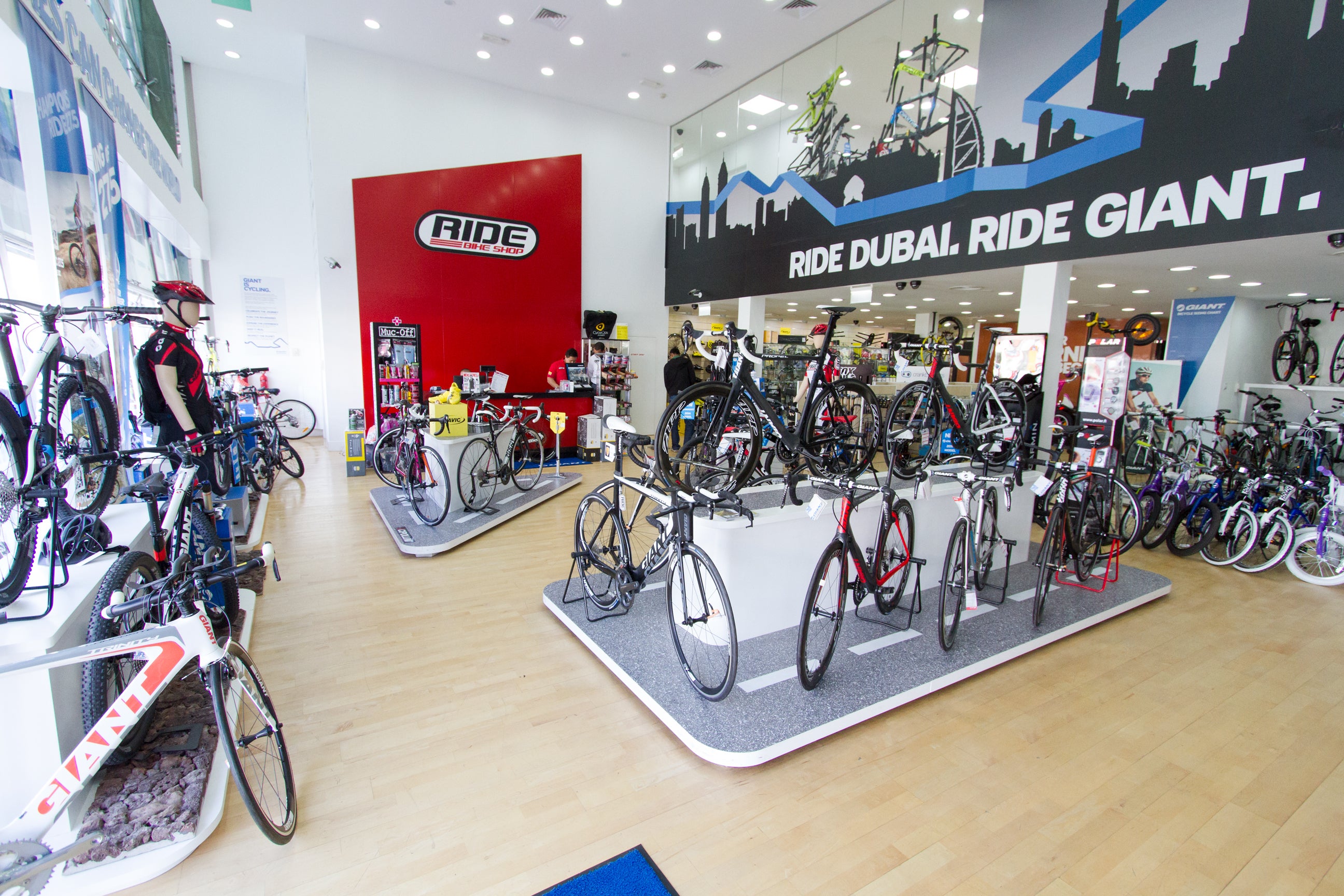 DDE's Ride Bike Shop. Image credit: Dubai Desert Extreme.
Looking back, Khodjasteh remembers this period as being a difficult, yet essential, experience for him as an entrepreneur. “It was such an important lesson in life and business,” he says. “What it taught us was that sometimes you must sacrifice in order to keep going. If we had kept those stores going, we wouldn’t have been here. Releasing that burden of fixed costs allowed us to invest into the efficiency of our other retail [outlets] and keep those going, but also invest into the areas of distribution, which was the next big thing for us, and also to continue our marketing efforts. We had to understand that we needed a change in DNA- we needed a change in our overall strategy to be able to survive… And we had to think of our people- we had 40-50 people at the time.”

So Khodjasteh closed a few of his stores, found other opportunities for his people working at those outlets, and also launched his company’s distribution arm, all while the recession was taking its toll on the region’s business sector. Afterward, as the region crawled back from the crippling effects of the economic downturn, DDE found itself still standing as a business, and perhaps more importantly, it found itself in a stronger financial position than it was before. “We went from AED15 million at the time to over AED50 million dirhams [in revenue] in a matter of two years,” Khodjasteh reveals. “So it was a very difficult decision [to close those stores at the time], but it was absolutely the right decision [to be made] at that time.”

According to Khodjasteh, DDE grew by 42% in the financial year 2012-2013, and then, in the last financial year 2013-2014, it grew by 75%. With figures like that to boast of, DDE soon found itself getting noticed in the region’s business arena as well. In 2013, the company was listed fourth on Dubai SME100, a ranking of the 100 top performing SMEs in the Emirate. Khodjasteh and his brother were also selected to be a part of the UAE chapter of Endeavor, a New York-headquartered non profit organization that guides and mentors “high-impact entrepreneurs” to grow their respective businesses and encourage sustainable economic growth, all of which will further help develop the culture of entrepreneurship in the country.

At the same time, DDE has today returned to the glory days it enjoyed prior to the recession- the company now has 12 retail stores open in the region, and it enjoys a rather strong distribution business as well. Besides the original DDE, RAGE and Ride Bike Shop concepts, Khodjasteh and his team have also pushed forward new retail destinations like Liv, a cycling store dedicated to female riders, Bikini World, a shop for women’s swimwear, and Captiv8, a headwear outlet. In the meantime, even as DDE expands its presence in other Emirates of the UAE, the company is also considering venturing into other markets in the Middle East, with Khodjasteh saying that Saudi Arabia, Qatar, Egypt and Jordan are some of the destinations they are looking at.

“In these last two years, we have grown from, like, 40 people to 140 people,” Khodjasteh says. “And our 2020 plan is to be a half-a-billiondirham company with 750 to 1,000+ people [by then], which might be a conservative estimate now, considering some of the things we are working on now.” But when asked if the expected financial returns are what is driving Khodjasteh forward with the plans for his business, he quickly clarifies his true motivations. “I am not motivated by money,” he declares. “I am motivated by success. I am motivated by achieving greatness. I want to show the world -or the region- that this is what we have created; this is what we have accomplished.” And with that intrepid spirit of his, we think it’s only a matter of time before Khodjasteh achieves all of his enterprising ambitions. 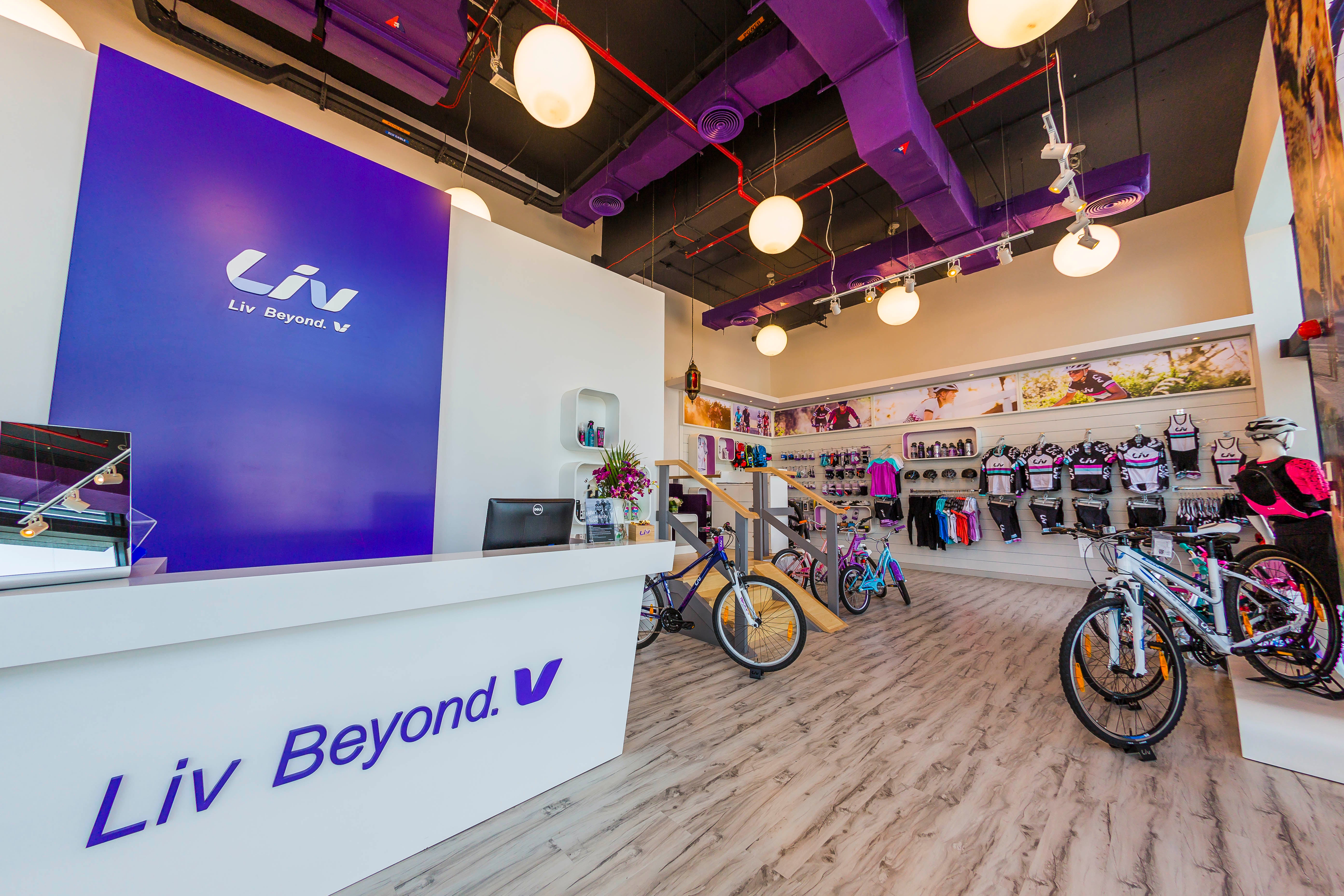 1. Hang in there “Persevere. There’s going to be tough times; you just got to get through it.”

2. Analyze strengths “Look at the business and benchmark. Understand the true potential of the business.”

3. Pay attention to the money “Have a business plan, and get your financials done properly. Become friends with the bankers.”

4. Get the word out “Don’t forget marketing.”

5. Protect your human capital “Look after your people- because the people are the most important asset.”