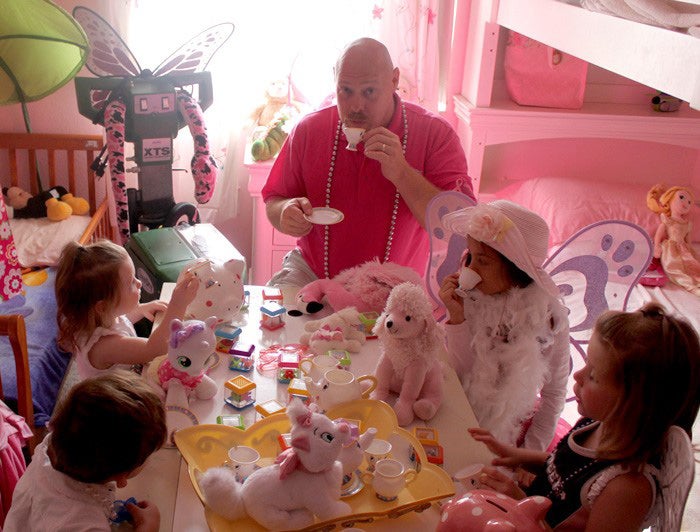 After years of working 12-hour days as a dean at the Art Institute of Tampa, Ted Jastremski was ready to embrace life as a family man. Jastremski is the foster parent of five toddlers, and wanted a job that gave him the flexibility to spend time with his kids. So, he began to look into franchising. After hiring a local Chem-Dry technician to clean his carpet, Jastremski was impress and, after researching the concept, decided to open up a franchise of his own. Here's what he has learned.

Related: Why I Upgraded From an Independent Business to an In-Home Care Franchise to Scale Business

My wife, Arlene, and I were interested in starting our own business but we wanted a road map to follow. Although my experience was in education, I had been heavily entrenched in the business side of for-profit education and was confident that I would succeed in running a business, rather than just being a part of the business. After researching different options, franchising made the most sense as it would provide us with the national backing and support of an established brand. We knew that if we found a concept that we truly believed in, we would be set up for success from the start.

I was the dean of the Art Institute of Tampa. After about ten years as an educator, I had moved into education management, where I was responsible for overseeing five department chairs and more than 200 instructors. Although it was a rewarding career, it was also a challenging position that made it difficult to spend time with my family.

There were several factors in choosing Chem-Dry as our franchise. As foster parents of five children, having the time and flexibility to remain active parents was the key driver of our decision. My previous job required 60-hour work weeks and a lot of dedication, causing my family to get lost in the shuffle. I was tired of missing out on valuable family time, which made the home-based business aspect very appealing.

Given that we didn't want to go too far out on a limb financially, the low-cost entry point was another driver in our decision. In terms of start-up costs and return on investment, we felt that the Chem-Dry business model was a low-risk, high-return investment due to its tremendous scalability and earning potential. We also believed in the Chem-Dry brand, system and products. My wife originally hired a local Chem-Dry operator and was very impressed by the exceptional service. The next time he came out to clean, I stayed home to see what exactly was involved in being a technician. I was equally impressed with the level of professionalism and high quality work. At this point, we knew that we were headed in the right direction and started looking into available territories to open our own franchise.

The total initial investment ranges from $11,300 to $139,500, which covers all costs during the first 90 days of operation. The initial franchise fee and equipment purchase fee typically cost between $39,999 and $68,500 and Chem-Dry believes so much in its concept that it finances the majority to minimize out of pocket expenses for us, allowing us to redirect those dollars into local marketing efforts.

We spoke with other small business owners in our network to see what they thought of us going into business for ourselves. We also did a lot of online research into different franchise concepts and the industry as a whole to make sure that we were investing in a company with a promising future that we felt completely comfortable with.

Related: Finding a Franchise Where a Banker and a Decorator Can Work Together

The most unexpected challenge had to be marketing the business. When you invest in a franchise, the business model and the product or services have been determined for you. We had to figure out a way to get the word out and let the 1.2 million people in Hillsborough County know that we were open for business. Since neither of us had marketing backgrounds, we had had to be proactive and sell our new business before we even got started. One way we attracted new customers was simply by telling people that we were starting a carpet and upholstery cleaning business. When they would ask why, we would say “make an appointment and we'll come over and show you.” Getting customers lined up before we even opened the doors helped us establish cash flow right away and build up our customer base in the initial stages.

Do a lot of research and find a business that you love. A franchisee can be successful if they truly enjoy what they are doing and believe in their company.  People want to do business with someone who is excited about their job. Take your time and figure out what you want to spend time doing and then go after it. I recommend finding a quiet time when you’re comfortable and having a good time, then ask yourself, "Can I drop what I'm doing right now and go to work and be just as happy?" It really doesn't matter what it is; if you are happy doing it, then it's probably the right thing for you.

Now that we have established two franchises, we want to continue to growing our territories and add more vans. Our success relies on our customers’ satisfaction and our ability to capitalize on our own successes. We plan to keep putting our money back into our company and push for greater opportunities. Our goal is to add a new van each year until we run out of space. At that point, we would consider investing in a retail center or office space to allow for continued expansion. We couldn’t be happier with our decision to become franchisees and look forward to continued growth and success with Chem-Dry.

Related: The Need to Understand Why You Do Something, Instead of Just How You Do It