We all grew up with Dairy Queen's yummy soft serve ice cream, but for a number of years, the company seemed to falter. Now, it's back, particularly in Texas, where DQ today has 600 locations. Not so coincidentally, DQ's biggest state is also home base for Vasari LLI, the corporate entity behind more than 75 DQ outlets spanning Texas, Oklahoma and New Mexico. Last year, the 50-year-old company reinvented itself, after Bill Spae, a guy with over 40 years' experience as a franchisee, franchisor and retail restaurant executive, took the helm.

Now, he's positioning the company for significant growth. Vasari opened two Texas stores in May and one last week in Oklahoma -- the first of seven planned new restaurants in Tulsa; and it has two additional stores scheduled for September openings. That's good for local economies, as each new DQ adds 100 jobs to its respective area, as well as tax revenue and restaurant sales. So, if you love ice cream -- and who doesn't -- get in line! 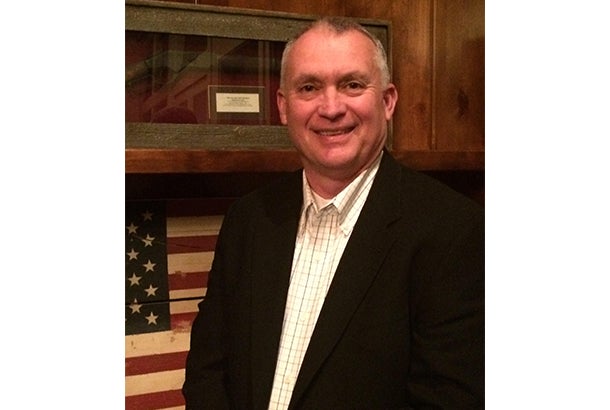 My 43 years in the industry have led me to leadership roles on both the franchisor and franchisee side of restaurant and retail establishments. I consider myself a “recovering franchisor,” having served in leadership roles at distinguished food service companies such as Wendy’s, Burger King and TGI Friday’s.

My experience as a franchisee or franchise operator in the food industry includes Applebee’s, Taco Bueno and -- since 2013 -- Dairy Queen.

Related: Why I Founded an Ice Cream Franchise

Unlike when happens with startups, franchisors generally provide high-level support for their franchisees across multiple fronts and ensure contracts are fulfilled. But they are also tasked with things like menu innovation and ultimately have little to do with the hands-on, day-to-day aspects of the restaurant.

Franchisees are incredibly focused on guest experience and enhancing the day-to-day impressions customers have of their restaurants. They must ensure that their teams of employees are trained and committed to providing a great experience every time, while also managing commodities and inventory.

It’s an exciting landscape from either vantage point. But for me, being on the franchisee side allows us to better create experiences and memories for our guests and to become more entrenched in local communities.

Between my stints as a franchise owner of Applebee’s, Taco Bueno and Dairy Queen across the past four decades, I also held executive leadership roles in companies on the franchisor side of the food industry and additionally in the retail space. I led efforts for Metromedia Restaurant Group, overseeing brands such as Ponderosa/Bonanza, Steak & Ale and Bennigan’s; and more recently I served as COO of CiCi’s Enterprises LP, franchisor of CiCi’s Pizza; and CEO of Mooyah Burgers, Fries and Shakes -- a Better Burger Restaurant chain. On the retail side, I aided in the growth and development of Hollywood Video and Palm Beach Tan.

What’s more fun than ice cream? I wanted a brand that catered to a wide demographic, and Dairy Queen has that ability. A franchisor for 75 years, Dairy Queen has had its ups and downs -- similar to those of big names like McDonald’s and Wendy’s. For the past five or six years, DQ has been in a positive sales swing and has experienced tremendous growth. American Dairy Queen has provided more support to its franchisees than I’ve seen in other brands.

Dairy Queen also has a solid business model made up of both food and treat strategies, and is able to achieve a good balance under one roof, without one driving the other. We saw opportunity to grow in Texas and especially in Oklahoma, where we’ve experienced pent-up demand for our products.

While we don’t release specific figures, our costs to open new DQ stores fell in line with our plan and budget -- and sales are currently exceeding what we projected. We are seeing strong, high single-digit growth in these units.

The decision on whether or not to pursue franchise ownership of a particular brand does require a good bit of due diligence. When I read the franchise disclosure documents for a brand, I’ve been in the industry long enough to know what I’m looking for; but getting a “thumbs up” or “thumbs down” from my extensive industry contacts is a critical component for making a qualified decision.

I also conduct my own due diligence and fact-checking. I go out and actually visit the restaurants. I pick up the phone and call existing franchisees of that brand. Are they happy with their volumes? Are they getting the support they need? Franchisees are always happy to talk to you and can provide great insight toward making an informed decision.

After purchasing Vasari and its Dairy Queen restaurants, our team took on a large organization with more than 70 locations spread widely across Texas and neighboring states. We didn’t quite anticipate the level of deferred maintenance at some of these locations -- especially in West Texas -- and have had to invest more than we had planned.

Additionally, the tremendous increase in commodity costs last year was a challenge for us. This factor wasn’t totally unexpected, but we were surprised by the size and number of commodity increases. We lost a little bit of momentum when people slowed spending due to economic strain, but we’re seeing this start to come back.

From a risk perspective, the franchisee position is much safer. It’s a lower-risk business model: There is a system and a brand already in place, with established processes and procedures and support from the franchisor. The franchisor has gone before you and plotted the course; and, from the outset, it can be easier to determine whether or not the concept has legs. One problem area I see in prospective franchisees is the lack of due diligence performed beyond what is given them by the franchisor. Be thorough and precise in the investigation of a franchise.

The DQ concept is on the rise, but I also liked it myself, and that’s important. You’d better have a passion about the product before you launch into ownership.

New store growth is the key for our organization’s health, and we’ll continue to do this across Oklahoma and Texas. But, on a larger level, so much of our business is about our people. We must continue to hire and develop high-quality, friendly people who are trained to create customer experiences and be supervised in a positive, proactive way.

Vasari put together a development program recognized by American Dairy Queen, and we are currently the only franchisee allowed to conduct our own training! We are focused on growth, but that growth is only sustained by growing the right people, who buy into what we’re doing and can create smiles and great stories for our guests.

Related: How Baskin-Robbins Is Trying Not to Disappear