By Ashis Mohanty September 11, 2015
Opinions expressed by Entrepreneur contributors are their own.
You're reading Entrepreneur India, an international franchise of Entrepreneur Media.

Running a company or a successful start-up and launching it in different parts of the world is always a challenging and an exciting piece of work for any CEO.

One cannot deny the fact that conquering multiple geographies and running operations successfully is a dream that every entrepreneur wants to achieve and add it in their list of success stories.

However, as we know, like every single soul is different from each other, so are the markets of the world. Also, the techniques taught to managers in Ivey league Business School have a limited scope and that’s only about the businesses of the west. What about the rest 60 per cent of the population, which is just getting a taste of technology, and their buying power, that’s gradually increasing every year.

Let me try to put forward some facts that justify how multinational companies with crazy revenues are faltering in the emerging economies like India:

1. Apple started selling iPhones from 2007, but they opened their first Apple Store in India only in 2015 (still tentative). That’s almost 8 years and still they don’t have a clue how to set-up their store and capture 900 million cell phone subscribers.

2. P&G’s Gillette spent 3,000 hours and employed MIT graduates to design a razor called Vector for India and still it flopped in 2002. The reason: They did not figure in the fact that Indian men use a cup of water instead of running water to clean the razor, which was clogged after a single use. 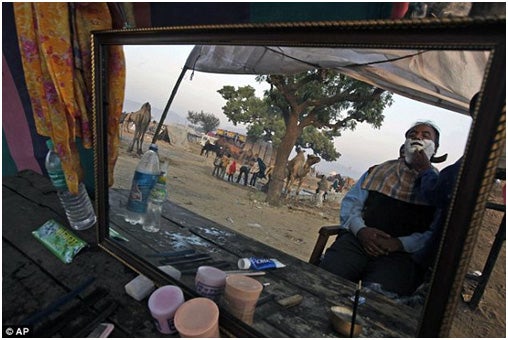 3. Wal-Mart has been trying to enter India since 2007 and also partnered with Indian multinationals, but could not crack a suitable deal and the partnerships ended in 2014 after 7 years of trying (talk about negotiations that company executives boast of). Wal-Mart is still not able to make a decent entry in the Indian retail market.

These are few of the many examples one can see where people prefer the Indian local brands rather than going for the hustle and glamor of a foreign brand. It not like people don’t like those brands, but it’s the practical approach of the products that does not suite the needs of Indian customer in addressing their issues.

The problem is not with any particular product in general, but it’s in the way how they solve the issue that they are designed to solve. For companies that cater to normal consumer goods, the problem is that they take a lot of things for granted.

For example, in the West, ‘24/7’ electricity is guaranteed, however in parts of India daily power cuts are a reality and if any mobile phone manufacturer adds in a mega battery that supports flashlight and also runs for days without any charge then it’s a winning deal for the customer.

People in the emerging markets have limited resources and try to get the best out of their investment. If there is any creative way of doing things that saves some money then that solution always wins against an easy solution that costs more.

Entrepreneurs of the west have a lot of liberty while presenting their ideas too. The first question an investor asks in the west is “How?” but in countries like India the first question is “Why” because the other person always thinks that they have a better, more creative and cheaper solution than what the entrepreneur is proposing. 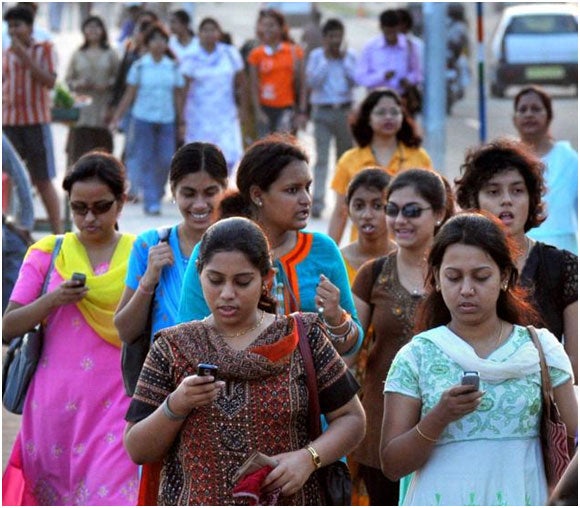 For businesses to succeed in India the solutions have to be either the cheapest solution available or it has to be trusted by people. Earning the trust of the Indian consumer goes a long way in getting new business.

Customer loyalty has a deep and powerful impact on the consumers mind while they make a purchase. Indian consumers are very vocal about their product experiencesto their family and friends and even strangers and always have a suggestion to help them out in making a choice.

We Indians feel that it’s our moral obligation to help someone with our opinion even if they are not asking for it and we have just overheard the conversation. The person receiving the opinion also merrily accepts it because they trust an experienced user more than an advertisement.

The only way that seems to work for the companies and startups that dream to conquer the Indian Market is to get to the ground and actually witness the problem that they are trying to solve. Simply copying an idea from West and implementing in India would fall flat on its face (Indian eCommerce model of current day is a great example where more sites are closing everyday than the ones that are opening but retail stores are constantly gaining customers).

The next best way is to ask someone what he or she is doing about the issue and you might find out that there is already a great solution and the approach is quite impressive. And who knows, you can even use that solution to implement in your next product release.

But still there are no answers to the very basic needs of a healthy and decent India, where economic disparity is huge and people are not able to enjoy all benefits of technology that it has to offer.

As for a modern day entrepreneur, who tries to solve many such challenges and make life easy for millions, India is the opportunity that they have and understanding the people of India will go a long way in making inroads for any company that wants to win the heart of the Indian customer and help them grow while earning respect and money on the way.

The big brands will continue to bite dust and start-ups would continue to capture the Indian market as long as the corporate biggies don’t focus on the Indian customers’ psychology, their pockets and their needs to design the product.

The start-ups that master the above three things would create a wonderful product that would be great not only for the Indian customer, but also for the global consumers around the globe.

A Music And Dance NFT Project With Real Life Use Cases