All in the Family: How This Father-Son Team Built a $3.5 Billion Cybersecurity Business

By Laura Entis September 30, 2015
Opinions expressed by Entrepreneur contributors are their own.

David and Orion Hindawi's family business is a unicorn.

The father and son pair founded Tanium in 2007, a cybersecurity firm that works to detect enterprise security threats as they happen. The Emeryville, Calif.-based company raised $120 million at the beginning of September and another $30 million last week at a reported $3.5 billion valuation. Clients include Amazon, Target and Visa, and make up a sizable chunk of the Fortune 500.

David, 70, serves as CEO and chairman; Orion, 35, is president and CTO. As they tell it, they are true co-leaders – every major company decision is a joint one.

For those whose relationship with their parents is even the slightest bit fraught, this sounds like an exhausting and unwise exercise.

For David and Orion, nothing else makes sense.

Orion started working for his dad in 1997. David was running his second company, the security firm BigFix, and Orion – a high school student -- would stop by after classes let out to help write scripts. When enrolled at the nearby UC Berkley, his involvement intensified. As a college sophomore he was working "70 to 80 hours a week" updating BigFix's software so it could pivot from a consumer product to an enterprise one. The work was more engaging than any of his classes, so he stopped going.

He figured he didn't need to – by working with his dad at BigFix and watching him run the company, he was getting an even better education. "There’s just no school that teaches this," he says. "Today there are incubators...but the only real way to learn how to be an entrepreneur is to learn in the trenches. And I had this amazing school I was allowed to go to: my dad and his company. Not many people have that luxury."

While his peers were still taking college classes, a then 22-year-old Orion was put in charge of BigFix’s 15-person technology department. At the time, BigFix was selling its enterprise product to Wall Street's biggest firms, including Lehman Brothers, Merrill Lynch and Goldman Sachs. “I told him, ‘I’m going to teach you everything I know about development, sales and running a company. I want you to be better than I ever was,’” David says.

He brought Orion with him to sales meetings in New York City, briefing him on technique and strategy beforehand and going over the meeting point by point afterward. Orion was a fast learner. “By the time he was 25-years-old I felt comfortable walking into a meeting with Morgan Stanley with 20 engineers, including some of their top IT people, sitting around a table, and have him run the whole meeting,” says David.

Looking back, Orion says he always knew he wanted this. As a kid, he’d go over to his friends' houses when their parents came home from work, often frustrated because "their boss didn't let them do something, or the organizational structure resisted change."

His dad's frustrations were different; they revolved around the growing pains inherent in starting and running a business. "It was never over someone stopping him internally, but about 'I want to push against the boundaries of the world,'" Orion remembers. "That appealed to me."

Balancing the personal and the professional

Of course, even for the most rational of humans, the messy business of running a company with a family member can cause problems. “I knew enough from experience that these things -- fathers and sons working together -- are tricky, especially when you have a son with an ego like mine [has],” David says seriously. (Orion's reply: "Wow!")

First at BigFix and now at Tanium, their days are spent in close quarters working to solve problems that often lack clear-cut answers. It's a fertile breeding ground for tension and disagreement, and yet they've been working successfully together for 18 years.

Both say they make a disciplined attempt to extract emotion when making business decisions. David has a PhD in operations research and throughout our conversation, Orion repeatedly described himself as a game theorist. “We both have mathematical, logical minds,” says David. “We speak the same language.”

Back when Orion was younger, and he fumbled or the two disagreed, David’s approach was to keep calm, always. “We’d go on a long walk and I’d explain my point of view, why a mistake was made whether it’s professional or personal. I’d try not to speak when I was angry, when I was emotional.”

Somewhat counterintuitively, both say that their biological relationship makes it easier to remove emotion from the equation. “When you have disagreements with another person, there may be hidden agendas…other motives that are not on the surface,” David says. “With me and Orion, there are no hidden agendas.” 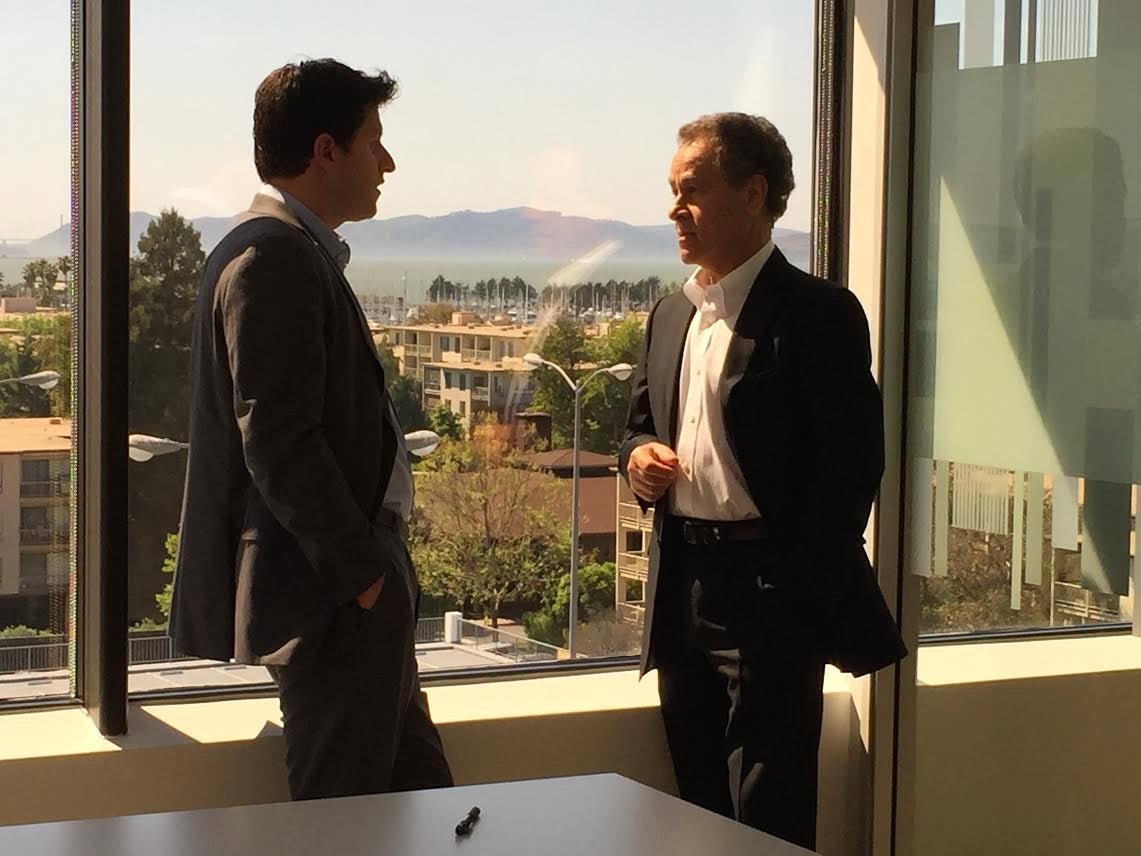 Orion agrees. He’s seen multiple startups fall apart due to founders’ divergent interests as outside, competing pressures ossify into an insurmountable divide. But he never has to second-guess that his father’s interests are aligned with his own: “I know he’d give me everything he had, and I would do the same.”

From his own experience and watching other startup teams, he believes that a successful co-founder relationship requires a foundation of trust and genuine closeness. “And there’s no way to get closer to someone than literally they were there when you were birthed."

While David and Orion adopt superficial markers to separate their professional and personal relationship, at work and throughout our interview, Orion refers to his father as “David,” not “dad.” “I don’t want [Tanium employees] to see us as two linked parties,” he says.

In most ways they don’t make a clear distinction between the two roles. They talk business at work, and they talk business outside of it. Like most entrepreneurs, their business is a thread that runs through the entirety of their lives. Says Orion:

Clearly if I'm talking to my dad about my kid or my family he's not my CEO, he's my dad. But a lot of what we talk about is blended. If you think about it, the decision to run this company for the next 10 years, whether to keep it private or go public, how we want to grow it, these are both personal and professional decisions.

At the end of the day, both say they can’t think of anything they’d rather do than run Tanium together.

“David and I didn't have to start this company, but we enjoy this more than sitting on a beach or anything else we could come up with," Orion says. "It’s the ultimate luxury."