Entrepreneurs Lebnan And Arz Nader Get You Downloading

By Rani Nasr October 6, 2015
Opinions expressed by Entrepreneur contributors are their own.
You're reading Entrepreneur Middle East, an international franchise of Entrepreneur Media.

Back in 2011, there wasn’t much of a local gaming scene in the Middle East. Most users were only playing international titles, which ranked at the top of the regional app store charts. Lebnan and Arz Nader, two hardcore gamers, saw an opportunity and decided to test out people’s reactions in the region to localized content. They released Birdy Nam Nam, which began as an after-hours project, and were thrilled to see it exceed a quarter million downloads in just one week. Shortly after, the Nader brothers officially founded Game Cooks in 2012. With an impressive portfolio of 14 games available on the iOS and Google Play to date, the founders are getting ready to launch their newest release, PolyBlast, on the international market with three other games in the pipeline that are still “cooking.”

Initially, Game Cooks was founded with the main objective of building games that have culturally relevant plots and elements that users from this region could relate to. The co-founders’ first game Run For Peace, did just that, clocking close to two million downloads within a only few months of release. Following their coup with Run For Peace, Game Cooks expanded to target the international market with a future vision of making Lebanon a major player in the global mobile gaming market. “We are currently getting ready to launch the international version of PolyBlast. The revenue model is designed bring in profits from two main channels: in-game ad system and in-app purchases. In PolyBlast, the in-app purchase is a Premium Pack, which once purchased provides the player with three additional challeng- ing worlds as well as World X for the extreme PolyBlast experience,” explained the founders.

Committed to gaming to the core, the founders’ brainstorming sessions start in their very own game room. They run a competition to see who comes up with the best out-of-this-world idea, and end up with some outrageous concepts. They then proceed to shape up those ideas into full-blown games. They also rely on market research to see what gamers are playing, but gaming standards come before onboarding users: “One thing is for sure, Game Cooks will never create a game that we would not play ourselves just because it is the next trend.” 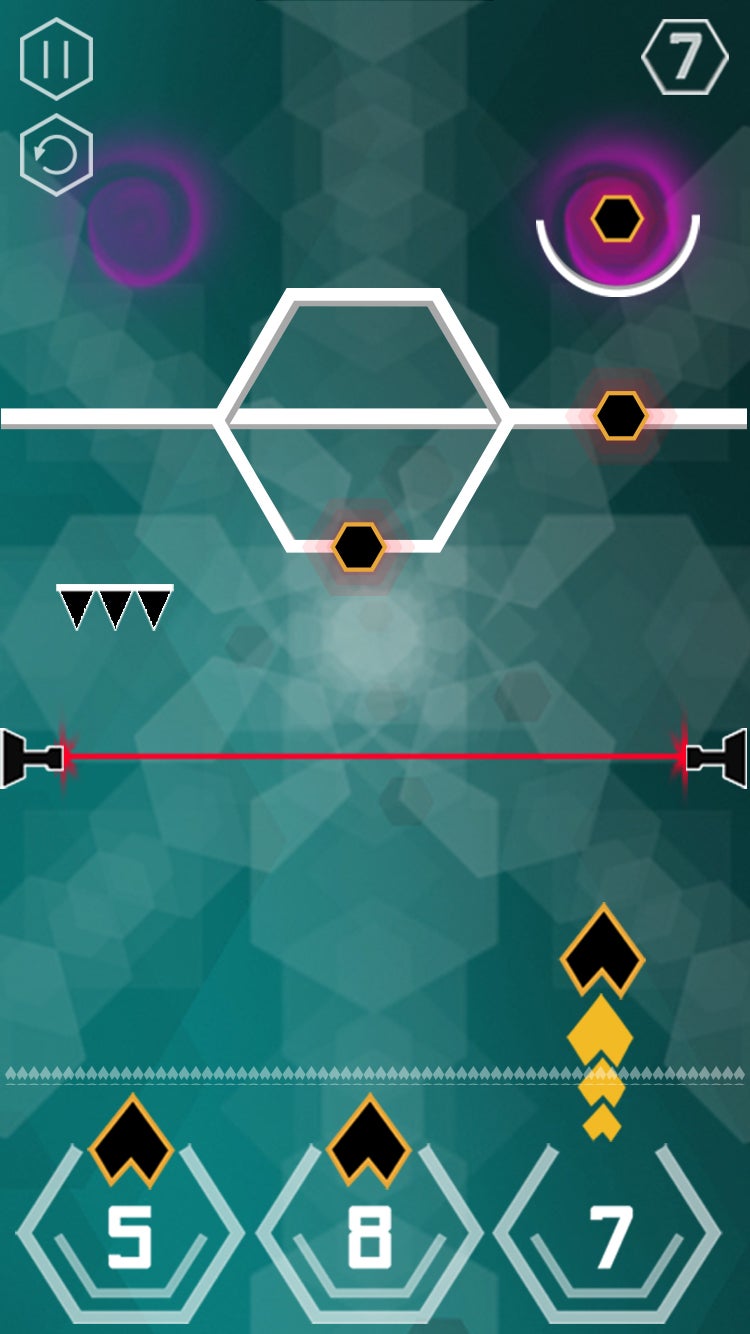 For PolyBlast, the shared passion for gaming brought Game Cooks and the former Minister of Telecommunications of Lebanon, Nicolas Sehnaoui, together in an entrepreneurial respect. Sehnaoui, an avid gamer and self-declared geek, had an idea in mind for a game. Together with Game Cooks, the idea was taken from conceptual stage to actual development, subsequently publishing a classic entry in mobile gaming. “The gaming industry has huge potential. Leisure time is growing every year and technology is making possible things we only dreamt of a few years ago. There is a kid hiding inside each and every one of us, and gaming is one of the tools that would allow us to unleash this inner imagination,” says Sehnaoui. “It all started with a rough idea which I threw in the field of the amazing Game Cooks team. Their skilled members did their magic and brought it back to me a much more evolved version which was further enriched through common brainstorming and numerous iterations. I think the idea of using your pad as two-player field game is a great feature and one of my resole favorites- it reminded me of the very basic yet extremely fun pong games of the early 80s.” 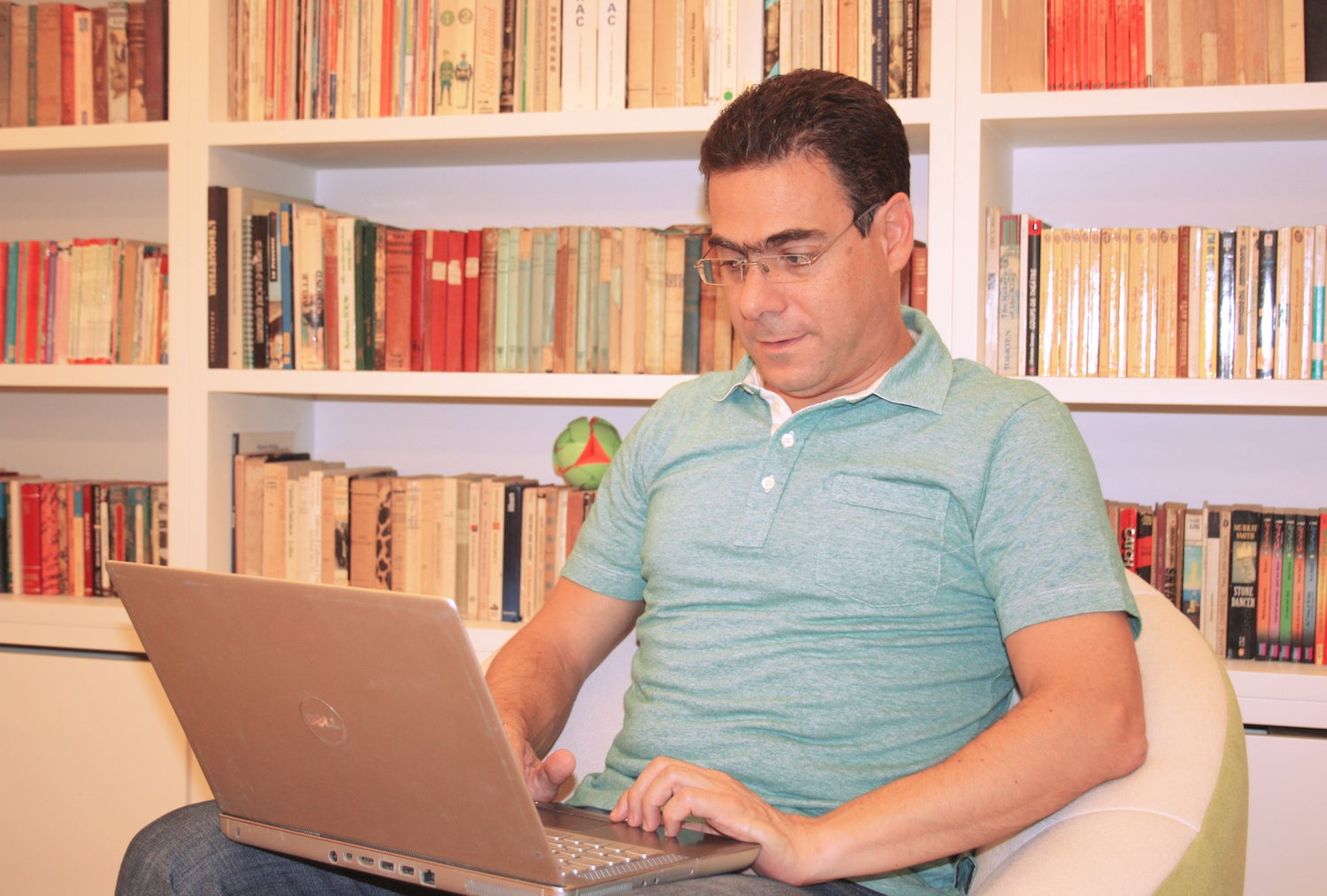 Before launching a game, the company conducts several rounds of testing, with testers broken down into Game Cooks team members, Game Cooks friends, Game Cooks community of fans, and people from the gaming industry that are willing to help out. There are numerous elements to focus on in including game progression and difficulty levels. Functionalities (are there any bugs that come up?), ease of use and understanding, and game navigation are also analyzed and assessed. After each testing round, the game is optimized until the best final version of the game is realized. Their secret ingredient on how to keep the users coming back for more? Qualities of addictiveness. Using PolyBlast as an example, its gameplay is simple– tap to shoot at the moving obstacles to remove descending geometrical shapes before they reach the bottom of your screen. The player has three blasting points to shoot from and a limited number of blasts. What makes the game so addictive is, simply put, its gameplay. The addictiveness factor comes from the speed at which the game progresses. When you first start, the game feels easy; after completing the first few levels the player has the, “I’ve got this” kind of feeling. It’s only when the speed and difficulty level picks up does the player realizes what they are up against! This is where the fun really starts, and where the user gets hooked! Now that PolyBlast has launched successfully with an upcoming international release, Game Cooks are wrapping up their next endeavor: BackTrip. Slotted for release in Q4 of 2015, the Lebanon-based outfit also mentioned two more games scheduled for Q4 2015 and Q1 2016. 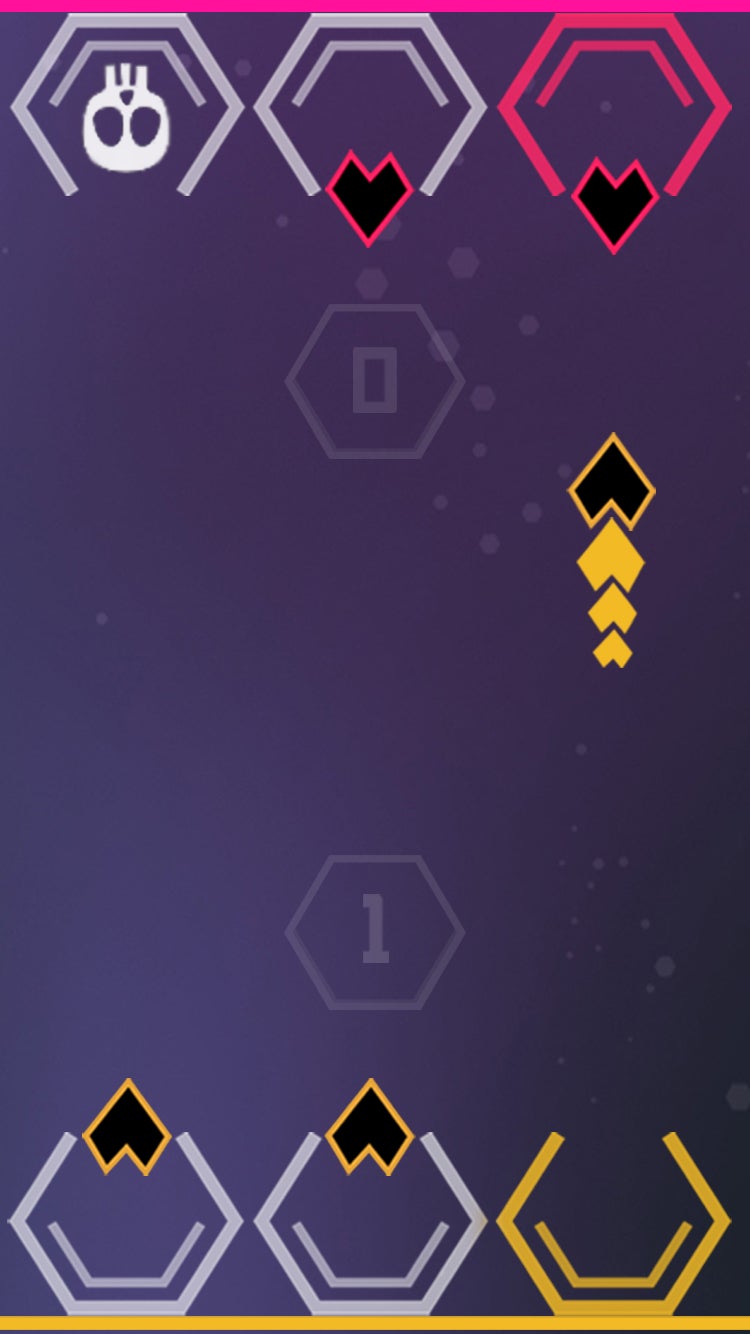 PolyBlast, Game Cooks’ latest release, is a challenging arcade game with a puzzle twist that requires you to blast targets and navigate moving shapes out of your path before they reach the bottom of your screen. The game, with solo and multiplayer modes, might sound simple, but it’s far from easy as it requires speed, precision and some calculated planning. You might find yourself running out of blasts before you’ve had a chance to eliminate all obstacles from the screen. In solo mode, you have access to three themed (and increasingly challenging) worlds. If you’re up for the impossible challenge, unlock the premium pack to access three additional worlds– level hard and the ultimate World X to kick things into an even higher gear. The premium pack also removes all ads from the game. As for the multiplayer mode, players are up for a treat. It adds a challenge factor to the game and allows you to take on an opponent on the same device in a PolyBlast split-screen competition. May the person with the most blasts win.

Rani Nasr is a Digital Activation and Delivery Manager at Leo Burnett Lebanon, based in Beirut.

6 Ways Brands Can Prepare For the Holiday Season Right Now