These Indian restaurateurs made a headway in a big way

By Punita Sabharwal November 6, 2015
Opinions expressed by Entrepreneur contributors are their own.
You're reading Entrepreneur India, an international franchise of Entrepreneur Media.

Imagine having a good time, a Chivas in the evening, a good laugh with friends and yet making a lot of money. They are the ultimate social beings of India, a new breed of entrepreneurs who live for the fun of the business. For everyone, they set a social cult with their countless television celebrity appearances and Page Three parties and a typical day in the life of the social beings can make a nine-to-five guy very envious. These early morning and late night people are today’s social beings of India. If you think it is cool, you are right, but it is almost as easy as to miss out the serious business they are in. Doing this day after day, night after night takes great discipline, balance and entrepreneurial spirit. It takes a creative eye with an iron fist to ensure the last cocktail of night was as well served as the first one. The social being is the super man standing for six straight hours, 42 hugs and a vigilant eye on the point of sale, customer service, managing Zomato ratings and still smiling. It calls for some extreme seriousness in being a social being.

DABUR SCION Amit Burman has been at the helm of disruption to the family business. Amit Burman started the Real fruit juice business, which now forms the largest business of Dabur. Thinking out of the box and creating a category where nobody thought of has been the key differentiator for Amit Burman. Same has been the case of Lite Bite Foods, which is the only restaurant chain of its size from a corporate entity. Lite Bite Foods was incepted in 2001 as a Subway franchisee. Today, it has become one of the most successful food retail companies with almost a dozen brands under its umbrella operating 100 restaurants. 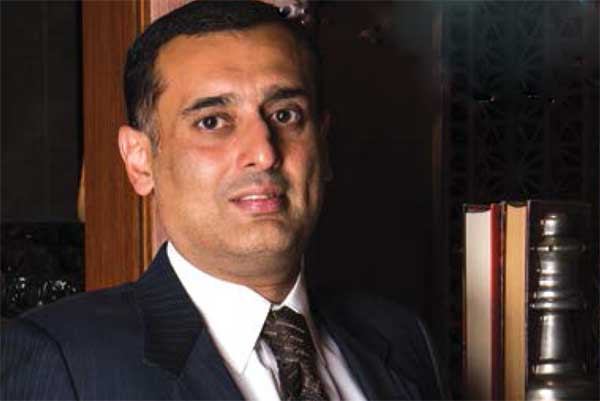 The Lite Bite Foods offerings consist of Punjab Grill, Street Foods of India, Zambar, Asia Seven, Fresc Co, Pino’s, Baker street and the newly launched the Artful Baker. Moreover, it also runs franchise for Burger King, KFC and Pizza Hut. Travel retail and institutional catering have also been some of the major growth areas for the company. Sharing the same, Burman says, “We will open 15 kiosks/restaurants in the T2 airport in Mumbai. So we will have 30 restaurants there.” Operationally, the company plans the entire food court and puts in the brands as per their specific cuisines to maintain the uniqueness. Travel retail is a big part of the business. Explaining his strategy, Burman says, “The idea behind what we have done so far is that we give importance to the area and location. If you get a good location and a good brand in Indian, Chinese and Italian, it will definitely work. Around 80 per cent of Indians eat that way, even in casual dine. From that perspective, we work on a particular location.” On his next move, Burman says, “Our next foray will be into railway stations. Railways stations will look similar to airport terminals very soon.” The food retail business will be close to Rs 200 crore this year.

EVEN DYSLEXIA couldn’t stop this entrepreneur to reach where he is today. It was the passion and creative streak of Priyank Sukhija that made him the most watched out restaurateur of today’s time. Born to lawyer parents, his learning disability came in between which he found lucky that he couldn’t become a lawyer. He dropped out of a college to open a restaurant and was funded by his dad. Soon after, he got some HNI investors to help him in his growth journey. 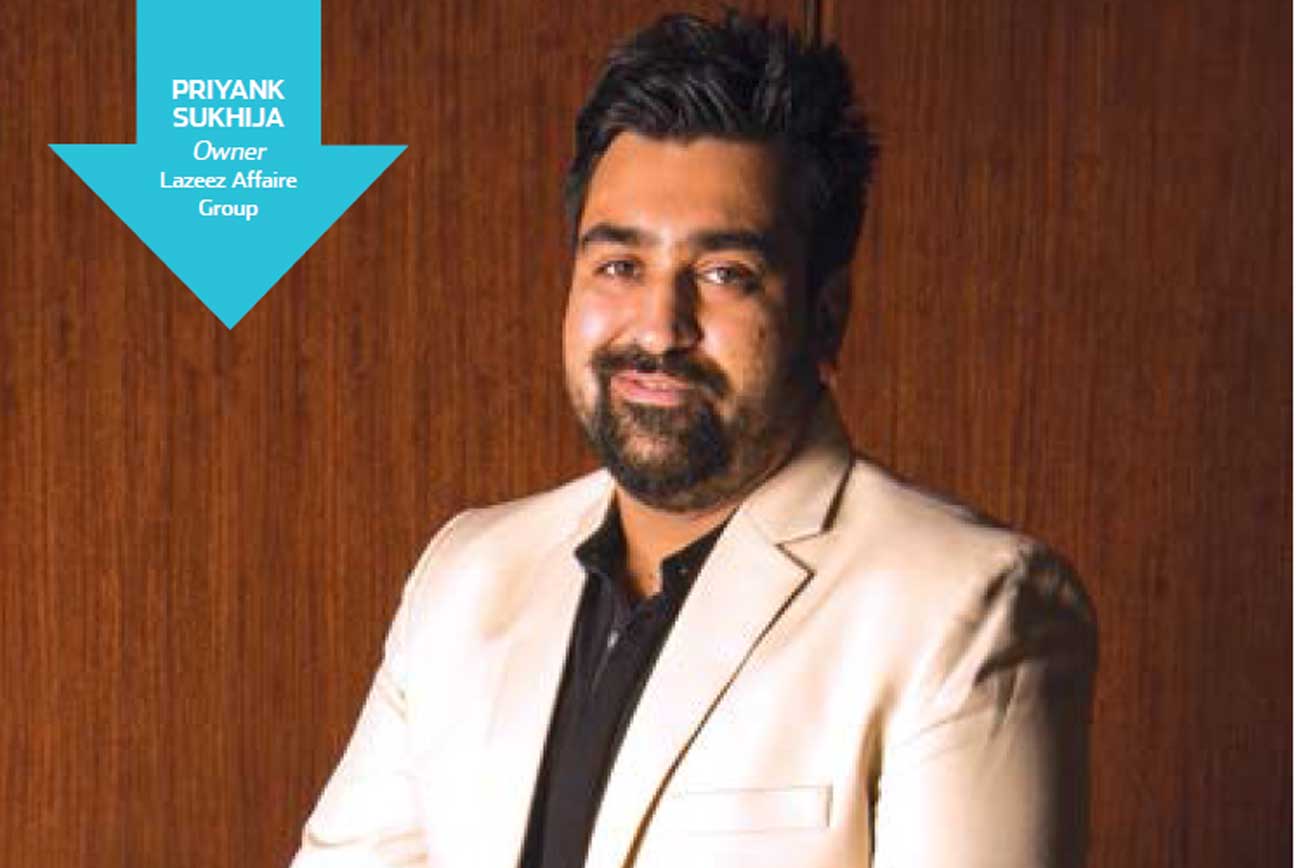 His restaurants display some of the wackiest names, which is his creativity; one such case is Out of the Box Café, which he scribbled on his phone and the logo is still visible in his own handwriting. Such is the imagination of this man that whenever he sees a place, he knows exactly what kind of look and feel he can portray. In his words, “My interior designers hate me as I tell them just to execute my ideas, keeping aside their imagination.” Sukhija’s biggest strength lies in tying down the whole concept together. One such concept is Lord of the Drinks, which is a medieval looking bar, inspired by the movie Lord of the Rings-- the recipes, the interiors are planned according to that. It has a terrace and wooden mugs that showcase the concept. Although being a Delhi/NCR-focused company, Sukhija is now geared up for national and international expansion. The Flying Saucer Sky Bar in Pune happens to be the biggest in the city occupying a space of a whopping 40,000 sq ft. The international foray will soon turn into reality with two outlets planned for San Francisco and London. The aim is to have 50 restaurants running by FY 2017-18. Sukhija keeps on reinventing the wheel. So every year in each of his restaurants, there is a continuous process where 20 per cent new menu is being added and 20 per cent menu being deleted. Right now, he has more than 15 brands comprising Out of the Box, Boombox Café, Raas, Masha, Warehouse Café, Townhouse Café, Lazeez Affaire, The Flying Saucer Café, Open house, One Boulevard, Lights Camera Action, Lutyens Cocktail House, Hybrid, The Project, Raas and Lord of the drinks, Fork You, Fork You too.

AD SINGH seems to be always ready with new plans about his restaurants. This man truly knows what clicks. Restaurants happen to be his passion as he is reading all the time about restaurants on what’s happening around the world and what can work in India. With plans on the anvil for the new cocktail bar called ‘Ek Bar’. It is ready for the launch in Defence Colony, Delhi. On the other hand is Olive Beach Room, which is planned for Mumbai at Oberoi Hotel. His brand SodaBottleOpenerWala, an Irani café, will also open in Bombay by the end of this month. The plans are set for taking the brand overseas in next six-nine months. As per him, the brands for overseas expansion include Monkey Bar, SodaBottleOpenerWala and Ek Bar. With close to 26 restaurants across nine brands, Singh has his platter full. Talking about the average cost incurred on every restaurant, Singh says, “The overall cost is between Rs 8,000 and 10,000 per sq.ft.” 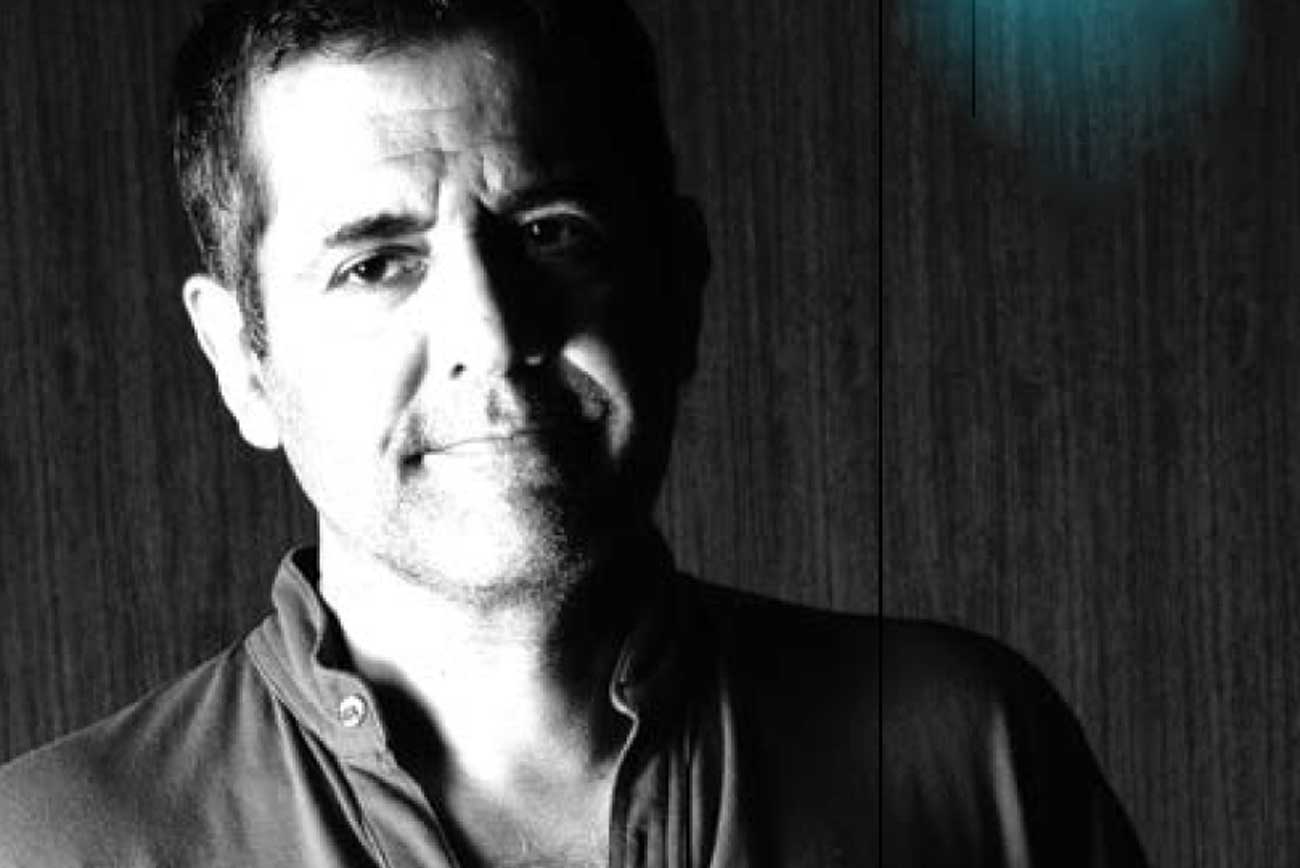 Singh is surely a dreamer and enjoys the vision of building a restaurant. For him, business is like marriage where a dreamer has to get the right partner on board to make it a long-term success. In the words of Singh, “The secret to his success is all about having a strong concept, executing it at a reasonable cost and working hard to keep it fresh.” His restaurant ventures began in 1990 when he opened Just Desserts, a jazz café that served only coffee and desserts. Then in 1999, he opened the landmark “The Bowling Company,” which set the standards for leisure in this country. In 2000, under Singh, the bowling company underwent a successful private placement. In 2000, Singh also opened ‘the Olive Bar and Kitchen’. In 2005, he launched Olive Beach in Bengaluru.

RIYAAZ AMLANI, the King of Cafes, knows what should be there on the platter as he can create industry first and make them succeed. He always thought that a city should have things to do. In his words, About 15 years ago, besides doing gedi, watching a movie and going to a restaurant, there was not much that one could do in a day. That was the inception of the idea to give people a space to hang out. His first novel concept was Café Mocha. “We have been in the café business since 2001. We have seen people evolving with the time and cafes changing with the time,” says Amlani. 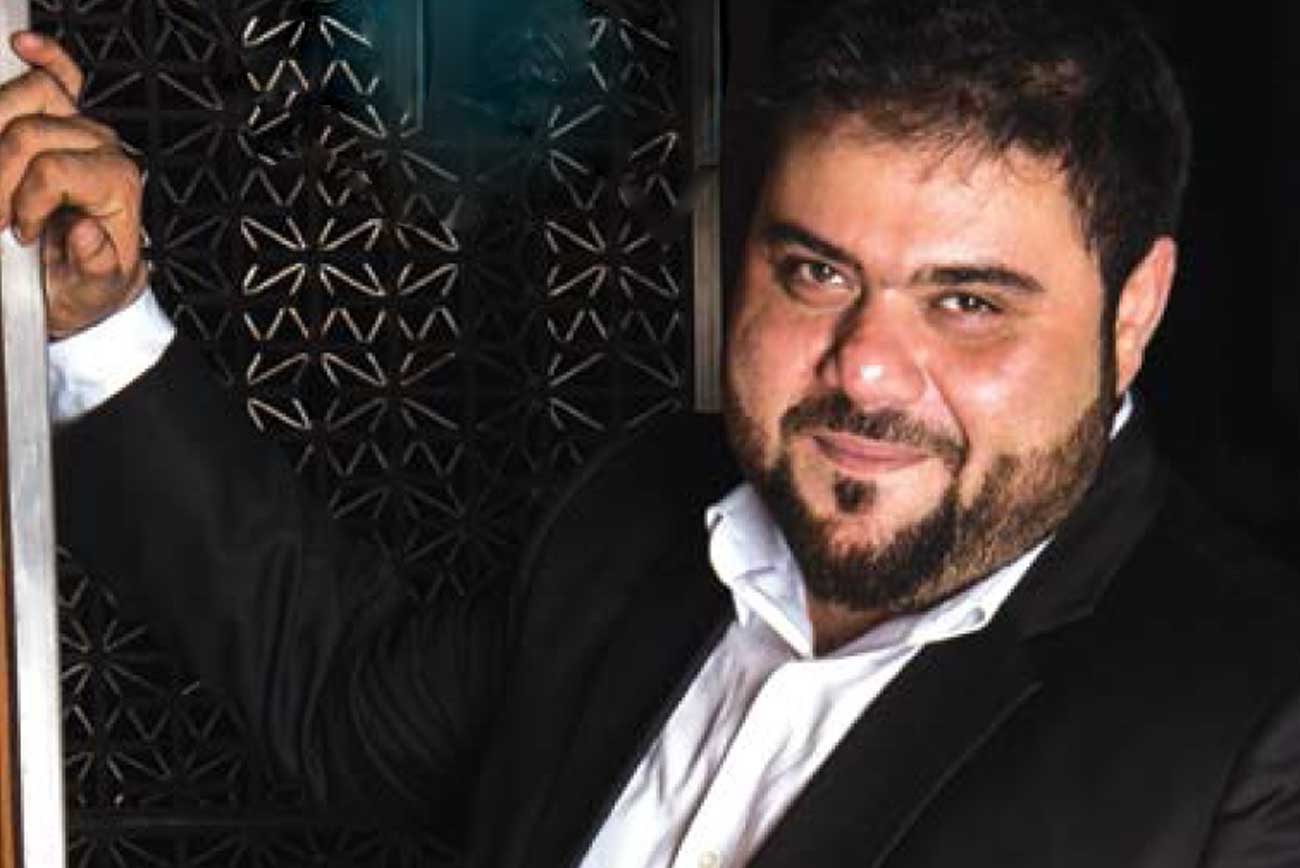 Today, Mocha has 24 outlets, but most of them are in B-class towns like Hyderabad, Ludhiana, Amritsar, Raipur, Bilaspur, Chandigarh, Visakhapatnam and Guwahati. When asked about the reason for moving Mocha away from metros, Amlani replies, “It’s becoming unviable to run coffee shops in metros. Rentals are too high. It doesn’t justify occupying that kind of real estate.” Amlani is utilising real estate resources by doing more than just a coffee. As a result, his focus brands Social & Smoke House Deli can be seen in metros only. Smoke House Deli is a casual European café that basically serves pizza, pasta, burgers, salads and grills, and Social is an all-day café cum bar and also doubles up as a workspace. In all, there are 42 outlets across 14 cities in India. He aims to take Smoke House Deli and Social to all eight metros. In next four years, we want to have about 18 Socials and 30 Smoke House Deli. Riyaaz has already raised two rounds of funding and is in the process of raising the third round. “Right now, we are looking to raise about $20 million,” informs Amlani.

ZORAWAR KALRA wanted to do a restaurant business ever since he was 10. Sharing his fondest childhood memories, which led to his great palette, he fondly says, “When I was 15 years old, I went all across to Spain for a road trip along with my father. We stayed at around nine bed and breakfasts and tried local food. It gave me an amazing sense of exposure to a bunch of tastes.” He got great exposure in terms of travelling all across the world and eating at some of the best restaurants. When you are the son of a celebrity chef, critic and writer Jiggs Kalra, comparison is natural. Having Jiggs Kalra’s name attached, a restaurant can attract people for once; but to get them again and again, it should operate well and provide good food and service. He was great at coming with amazing concepts but he never owned those concepts. As per Zorawar, the only reason for doing MBA in Boston was to gain the business knowledge to be able to open a company. 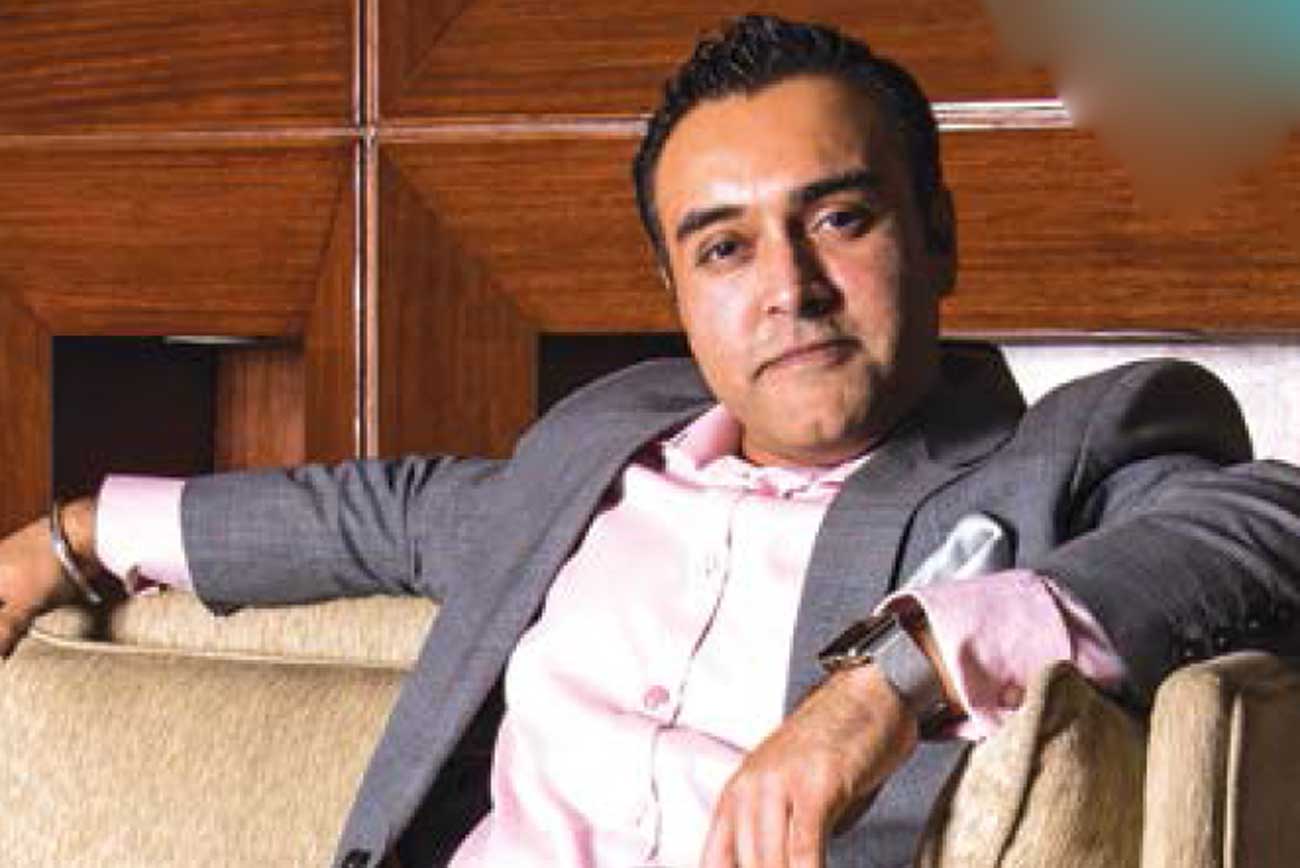 “What my MBA taught me was to never think small always think big.” Today, Massive Restaurants operates four brands Farzi Café, Made in Punjab, Masala Library and PaPaYa. He plans to take these restaurants to the count of 14 by March 2016. After a minority stake by Mirah Hospitality’s Gaurav Goenka, who further helped him with a lot of real estate options, his company recently got $15 million by Everstone Capital. The aim is now to expand internationally via franchise mode with the first outlet planned for Dubai. Zorawar Kalra believes in living life in a fast lane. When asked about his second career option, he recalls, “If not a restaurateur, I would have been a professional race car driver."

(This article first appeared in the Indian edition of Entrepreneur magazine (October, 2015 Issue).