By Laura Entis January 25, 2016
Opinions expressed by Entrepreneur contributors are their own.

Making its third appearance, Squarespace -- which has long advertised on podcasts and in print -- is doubling down on expensive Super Bowl commercials. But it is going for something different this time around.

The New York City-based website-builder platform made its Super Bowl debut in 2013 with a relatively straight-forward 30 second ad and ran a buzzy, bizarre spot featuring actor Jeff Bridges last year that directed viewers to a microsite created for the occassion.

For 2016, it’s again changing strategies. While the company is tightlipped about the specifics of its 30-second spot that will run during the big game, one thing is certain: it’s going for laughs. Comedians Keegan-Michael Key and Jordan Peele, best known for their Comedy Central sketch comedy series Key & Peele, play two “ridiculous characters,” says company founder and CEO Anthony Casalena. “They’re two guys who pour all of their passion into a crazy idea, and use Squarespace to bring it to life.”

Clearly, despite the enormous price tag -- that 30 seconds of airtime will cost around $5 million -- Casalena views the Super Bowl as a savvy investment. Last year, nearly 1 million people visited Jeff Bridge's Squarespace website as the commercial aired. It also got a burst of additional press coverage after it aired. “Jeff was promoting a movie, so he was asked about it on Jimmy Kimmel,” says Casalena. “It was crazy.”

While Key and Peele may not have the same name recognition as Jeff Bridges -- “Do you know them?  I always have to ask!” Casalena says -- their popular sketch show proves they can generate plenty of viral, YouTube-friendly buzz.

Besides the Super Bowl, the company also plans on airing original spots at this year’s Grammy and Oscar awards. 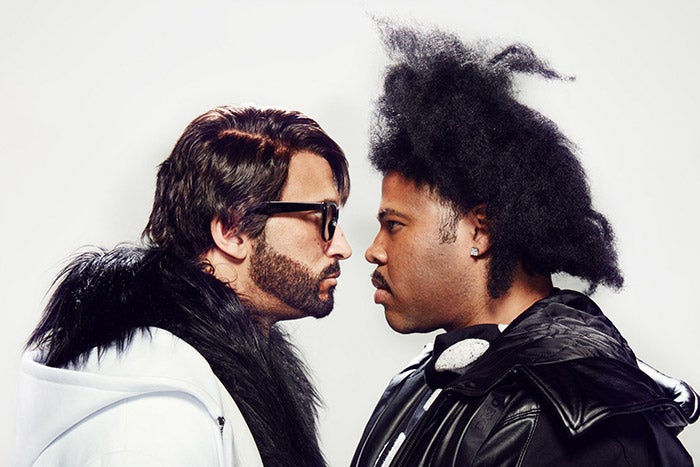 Related: During Super Bowl, the Real Action Will Be on Social Media (Infographic)