You don't win friends with salad, but you can probably make plenty of new ones by becoming a Simpsons meme machine with Frinkiac, a new search engine dedicated to the show. Just type in a few lines and Frinkiac will match it up with screenshots from the first 15 Simpsons seasons.

It currently has over 3 million screenshots indexed, and it's pretty easy to browse nearby images from the same episode, so you can be sure to get the exact right moment you're looking for. Hitting the "Make Meme" button overlays the text of the scene (which you can also edit with your own text) to create an even more shareable image. 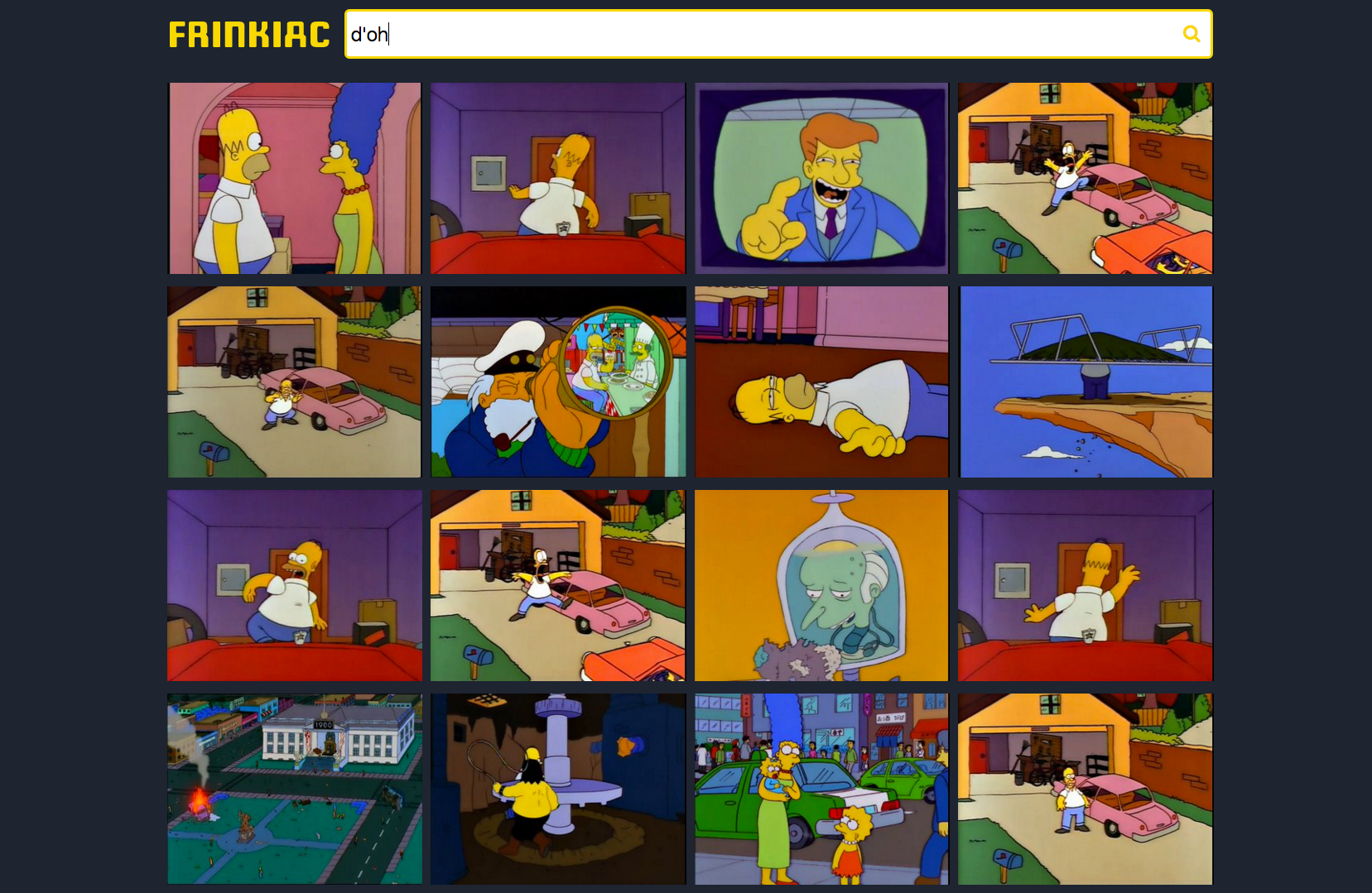 As someone who references The Simpsons dozens of times a day, Frinkiac (named after the wacky Professor Frink) is practically a godsend. Its search function is far faster than sifting through Google images, and the ability to find specific moments during scenes is particularly helpful. Still, in many cases I'd probably try to use an animated GIF instead of a plain screenshot. If Frinkiac adds that functionality (and manages not to get taken down by Fox), I'll easily convert from Giphy.

"The Simpsons is one of greatest television comedies of all time and we hope that having ready access to the perfect screenshot will make people laugh and remind them to rewatch their favorite episodes," wrote Paul Kehrer, one of Frinkiac's developers.

As he describes it, Frinkiac works by chopping every scene into 100 sections, figuring out the average color of each section, and then comparing them to the sections of previous images. If there are enough differences, Frinkiac saves a screenshot. So you won't be able to move through Simpsons episodes frame by frame, but it's pretty close.

The Monty Burns Guide to Managing Your Staff

Homer Simpson Will Broadcast Live, With Some Motion-Capture Help