Quartz to Text You the News, Joining Other SMS-Based Services

Will texting be the new hip, retro user experience for digital content?

Digital news outlet Quartz, which is owned by the parent company of The Atlantic, just announced a new app for displaying and featuring news that looks and operates like the texting screen on your smartphone.

Users communicate with the app as if they were texting with a friend. The app answers questions about the news, populates the text feed with gifs and emoticons, and just like your friends, it learn what interests you and what doesn’t. Each text session lasts only a few minutes, perfect for when you are waiting in line or on the bus. 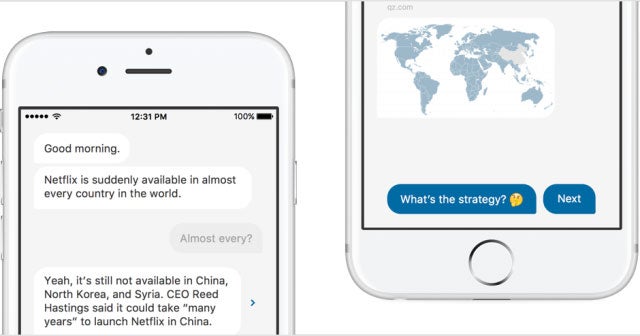 The app will send push notifications when there is a major update in a story you are following, and sometimes the updates arrive in haiku form -- a pretty adorable feature.

Related: The Rules of Business Texting

The Quartz app features stories from many news outlets, not just stories written on the platform. 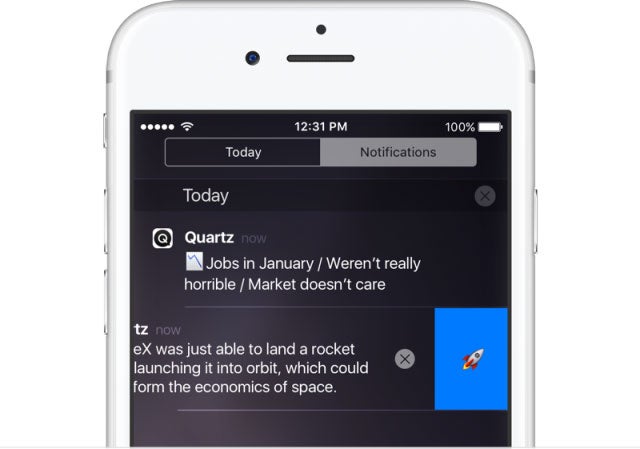 Also, if a user is following the stock market and has an Apple Watch, the Quartz app will have a single emoji pop up on your watch communicating whether the markets are doing well or poorly.

While the app is currently only available for iOS, Quartz says it will soon release an Android version. It’s free for users and will generate revenue from ads displayed within the app.

The idea of meeting consumers where they are has been a chronic, unabetting Damoclean sword over the journalism industry. The pressure to evolve rapidly has only accelerated as the number and types of screens in our lives has grown.

Related: Why Texting is the New Email in the Hiring Process

It doesn’t sound like Quartz is entirely convinced that it has the golden solution, but it is trying something bold. “This is a big and broad endeavor for Quartz as we experiment with new formats,” says Zachary Seward, executive editor of Quartz, in a blog post announcing the new app. “Mobile has developed a lot in the last few years, and we saw some new opportunities worth exploring.”

Quartz isn’t alone in its endeavor to utilize a text-messaging user interface, which, without exaggerating, might be dubbed a bit of an app-splosion.

For example, Talkspace is a service that lets users message with a therapist for $25 a week via their smartphones. 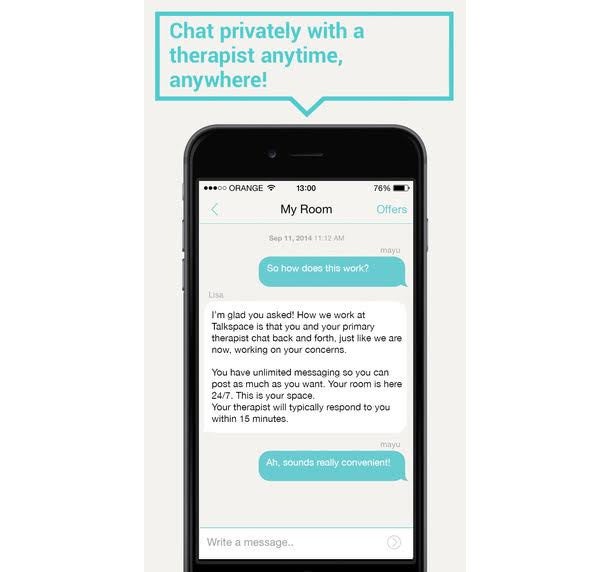 And Magic is a personal assistant service that users engage with by texting “83489,” a number that correlates with the word “Magic.” 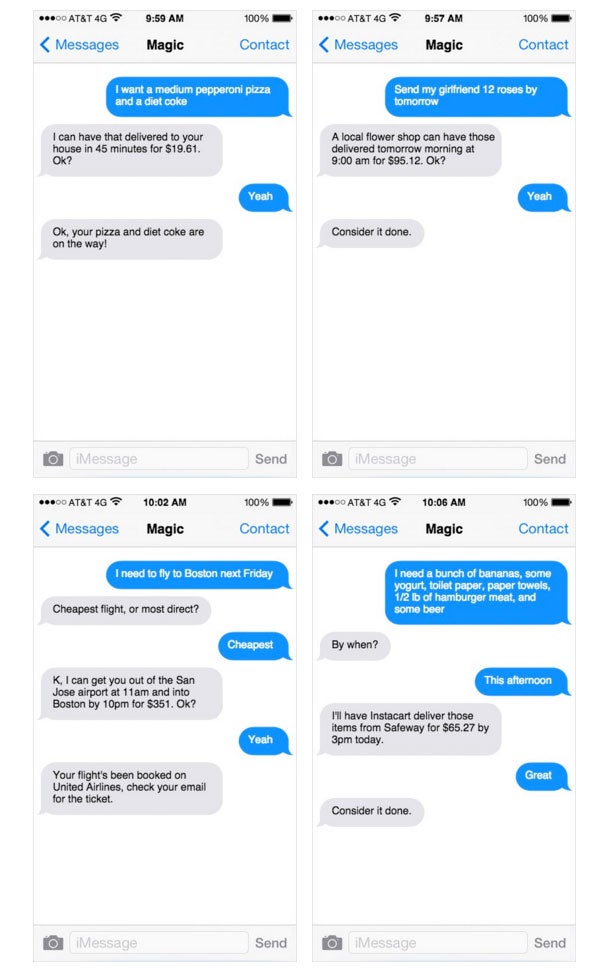 Jonathan Libov, a partner at the esteemed venture capital firm Union Square Ventures, says that he is thankful to be able to text the New York City MTA to find out when the next bus is coming.

“Sure, an app that put the bus on a map would be more rich in information, but when I got to texting Bus Time I thought, “Thank god I don’t need to download another f------ app for this,” Libov wrote in a blog post.

There is no learning curve for texting, Libov points out. Everyone who uses a smartphone understands it intuitively.

“There's only really only one way to skin this cat: The text I type is displayed on the right, the text someone else typed is on the left, and there's an input field on bottom for me to compose a message,” Libov writes.

And in a world where consumers are constantly overwhelmed trying to keep up with the barrage of new apps and technologies every day, along with the latest news, then simple, intuitive user experiences might just be where it’s at.

Related: 5 Rules for Texting Anyone You Do Business With

Supercharge Your SMS Marketing With This Simple Service

Text Your Way to Higher Success in the Healthcare Field