By Samiksha Jain February 23, 2016
Opinions expressed by Entrepreneur contributors are their own.
You're reading Entrepreneur India, an international franchise of Entrepreneur Media.

Created by crowdsourcing pioneer Luis von Ahn, inventor of reCAPTCHA, and Severin Hacker, Duolingo, the largest language education platform on Monday announced the India launch of its Duolingo App in Hindi with an experience completely customised for Hindi speakers.

Luis von Ahn, Duolingo’s Co-founder and CEO, is visiting India in honor of the launch and will give talks at IIT Delhi and the SURGE technology conference. 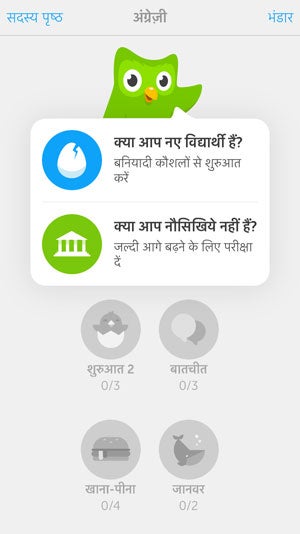 Being the most downloaded education app worldwide for Android, iOS and Windows Phone devices,  the app has organically attracted over 110 million users worldwide learning languages for free, as well as earned awards from Google and Apple, yet the company has never altered its app experience for one country before.

“In developing markets like India, learning English is crucial to people's professional development and can double or triple their income potential. Our goal is to give everyone in India the best possible language education money can buy, but for free,” said Luis von Ahn.

After conducting many user studies with English learners in India, Duolingo has decided to introduce a number of exclusive features for the Hindi speaking population.

Customizations include reducing the size of the app to reduce the amount of memory required to install it, removing the need to type in Hindi, improving the placement test experience to help people quickly determine their proficiency level and customizing the content to make it more appealing to Hindi speakers.

Hindi speakers can learn English with Duolingo, while Indian natives who already speak English can choose from 16 other languages.

Awaneesh Verma, Product Head at Duolingo, said, “Being an Indian myself, I am excited to say that India is an integral part of Duolingo’s growth strategy. Hindi is the most widely spoken language in the country, hence we are focused on Hindi speakers first, but we plan on launching the app in other languages as well." 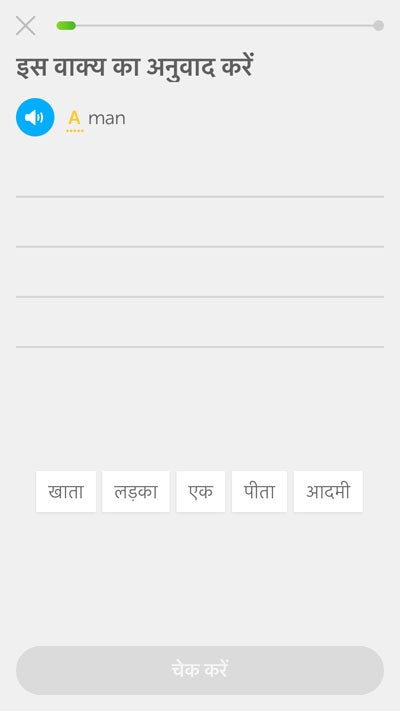 The Chennai Angels: A Sector and Geography Agnostic Fund