By Ritu Kochar March 10, 2016
Opinions expressed by Entrepreneur contributors are their own.
You're reading Entrepreneur India, an international franchise of Entrepreneur Media.

According to a report in Economic Times, about 11% of startups have women leaders in operations and 6% in client servicing. Only about 7% have women heading finance while less than 11% have women leaders in the product and technology divisions. Across corporate India, the percentage of women on average across leadership roles is in single digits - 8% for CEO and COO roles.

It’s preposterous that we’re living in 2016 and we’re still at single digits.

Startup world is no different from the outside male dominated world. Though people here are much smarter in terms of understanding equality, certain episodes of sexism keep surfacing up. Remember Justin Mateen stating having a young female co-founder at Tinder “makes the company seem like a joke” and “devalues” it? Or a 20-something Twitter employee saying to a Forbes writer, “You should really hire a nerdy looking dude to represent your company publicly. You know, to make up for your looks.”

The media covers big cases of sexual harassment but where does one voice their day to day incidents of sexism? Because they’re comparatively low in number, women engineers or even founders end up being termed ‘eye candy’ or a mere 'distraction' for the company. A startup by female founder is not taken seriously and they are often treated like second-hand performers. We keep talking about how only fewer women study science and technology, but why is that that when they do, they are not being accepted?

Living in India I have come to a realisation - people here do not want to be sexist intentionally; it’s just the way they think. Though I have had the misfortune of meeting many men who knowingly embrace sexism like a lost lover, but I have also met many who try to prevent it. The thing is that years of ignorance and sexist behaviour towards women has led to such extremity that it has been instilled in their brains. It has become a mentality which people believe is the normal way to behave. As I said, people aren’t sexist here (well, some are) and efforts are being made to stop sexism at work, but the saddest part is when people don’t even realize they’re being sexist. Something you can witness on the daily.

We had the opportunity to talk to a bunch of female founders, CEOs and COOs about sexism. We asked them if they think sexism exists in the startup world and what is the best way to tackle it. We were happy to hear when many said that they wouldn’t know because it has never happened to them. However, those who did, they had some pretty solid advice to give.

Terming me a ‘woman’ entrepreneur is an example of sexism

Startup world reflects the real world where sexism exits and yes it has happened to me as well. Terming me a 'women' entrepreneur is one such example. We actually do not have a term/category called "Male Entrepreneur".

Awareness and open discussions are ways to curb sexism in workplace. Gender roles are so deeply ingrained in all of us that we pass sexiest remarks not even realising. No one asks the same question to men that "as male entrepreneur how do you manage work-life balance? How do you manage your startup with kids?”

My no non-sense manner

I think sexism exists everywhere, but I have been lucky to have not faced it. I also think that my no-nonsense manner, when it comes to business, has helped curb any “sexist” attitudes a few may have shown to me.

Stay firm in what you are doing

I entered the startup world when I was 23 and most of the brands did not take us seriously. The concept of CashBack was nonexistent and everyone believed that it would never work. People couldn’t believe that how a young girl could talk about building India’s first Cashback site (a tech platform). But our strong belief and understanding of the Indian psyche made us invest and also helped us remain patient toward growing the Cashback eco system.

We have a million plus users now and this Diwali we had delivered sales of over Rs 50 crore in a festive month for our partner merchants. We hope to close this financial year with over a 550 crore of GMV for our partners. So the best way to tackle this discrimination is just having a strong belief and staying firm in what you are doing. Then you will show the world that you are not just good but better than the rest.

I let the numbers talk 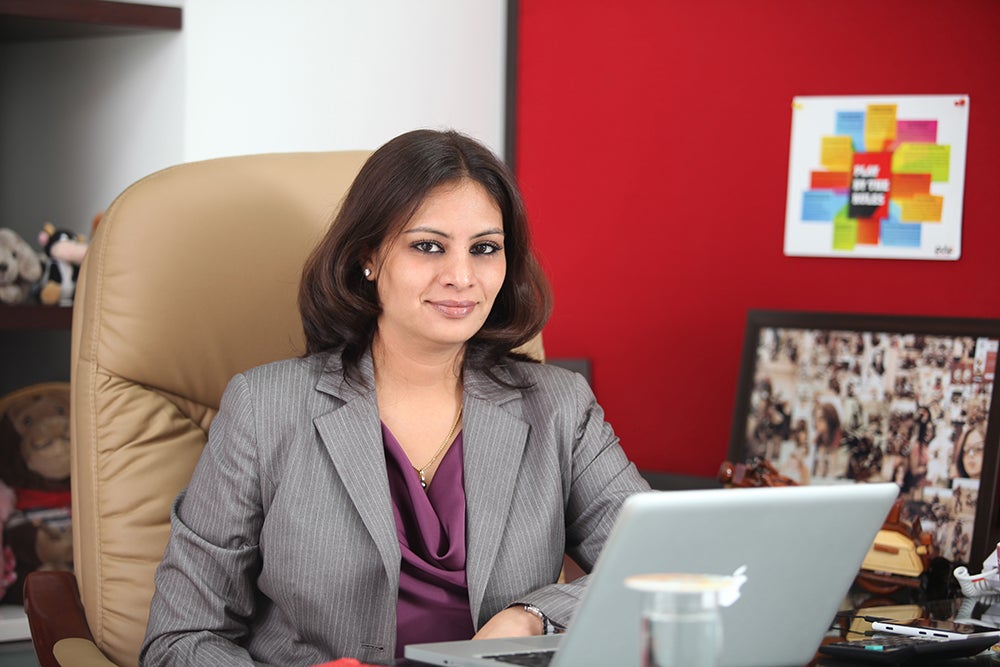 Sure! Startups exist in the larger world ecosystem, that's our audience and sexism exist in the startup world like it does everywhere else, but it only maters if you let it. Things have changed dramatically but it really boils down to what you do with your environment. I have had the occasional incident of being taken lightly or ignored at the first instance because I am a woman who leads a tech startup but it does not bother me anymore, when it really comes down to the growth chart I let the numbers talk.

Have a thick skin and make your work show for itself

Sexism exists to varying degrees everywhere. I think it's probably lesser in startups because today, younger people are more sensitised towards gender equality. The best way to tackle sexism is to make your work show for itself. One cannot let baseless gender biases and stereotypes shake their confidence or derail there spirit to achieve. So, if ever faced with such a situation, try to have a thick skin, don't let it get to you and just continue making your work better than everyone else.

Smiles.ai Raises $23 Million in Series A