By Sindhu Hariharan March 20, 2016
Opinions expressed by Entrepreneur contributors are their own.
You're reading Entrepreneur Middle East, an international franchise of Entrepreneur Media.

Amid concerns of the logistics framework and digital payment systems surrounding e-commerce in the Middle East, the sector has received a shot in the arm with the ecosystem seeing back-to-back investments of substantial value in this arena. While the seasoned Souq.com secured funding of over AED1 billion in February (perhaps the largest for an e-retail portal in the region), the same month saw e-commerce portal Wadi.com raise US$67 million in Series A funding from Al Tayyar Travel Group Holdings and existing investors Middle East Internet Group (the Middle Eastern leg of Rocket Internet), just 10 months after its launch. The e-commerce portal claims the raise to be the “largest Series A funding in the tech history of the Middle East,” and with a presence in KSA, UAE and India, Wadi aims to use the funds to make inroads in the Middle East market.

Founded and managed by Pratik Gupta, Ankit Wadhwa and Kanwal Sarfraz, and hosting around 200,000 products across 25+ consumer categories on its site, Wadi has already built networks with 500+ sellers, with the company crediting its growth to customer satisfaction. “We want to give an experience to our customers that is in every single aspect better than walking into a mall or offline shop,” says Dr. Eyad Alkassar, CEO, Rocket Internet Middle East, who is also a Wadi co-founder. “More convenient, better prices, better product information, more selection, better availability, easier returns, etc.” 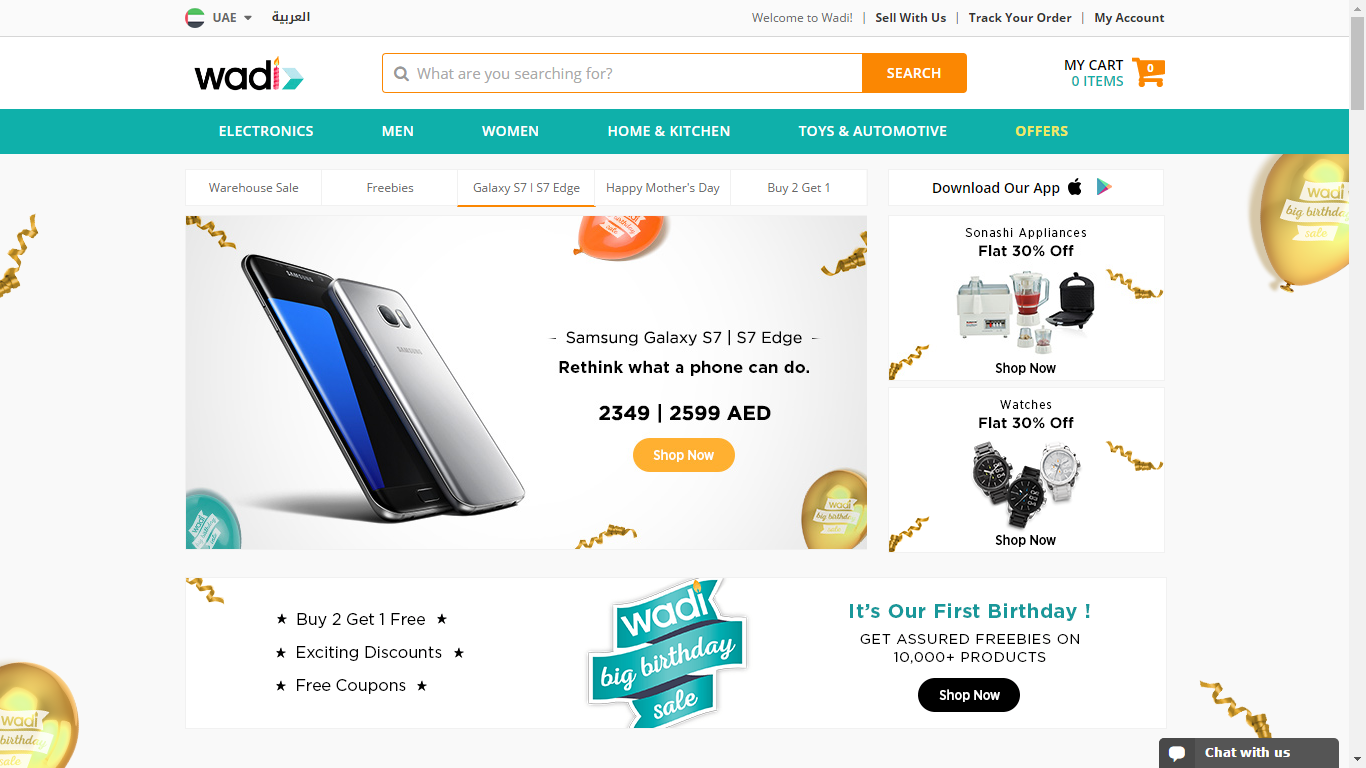 In line with its digital strategy, Saudi Arabia-based Al Tayyar Travel Group has been investing in various online ventures in MENA region. Commenting on the potential it sees in Wadi.com, Abdullah Bin Nasser Al Dawood, Managing Director & CEO, Al Tayyar Travel Group, says, “They [Wadi] have outstanding customer service and are best-of-breed in speed of delivery- same day delivery and four-hour delivery is common practice. Also, we understand that Wadi’s journey towards profitability is more promising than other e-commerce companies.”

Wadi says investor interest has been pouring in for around six months now, thanks to robust growth and positive sentiment for e-commerce in the GCC region. Given the scale required of the consumer platform to satisfy demand, the co-founders note the importance of funding to grow Wadi further- but that didn’t mean they were out for money alone. “Wadi did not want an investor to just invest monetarily, but also [wanted them] to be a strategic partner,” says Kanwal Sarfraz, co-founder, Wadi. “Exposure to e-commerce, logistics, travel and a long history of trust and experience in the GCC region mattered to us while making a decision.” From the investors’ perspective, Al Tayyar Group says that being the Series A round of a fledgling company, the due diligence process was “fairly straightforward.” The Group says that the collective e-commerce experience of the core team, their energy and level of preparedness in pitching the venture also helped its cause. “At the end of the day, the achievements within such a short period of time and the promising outlook of the case made us enter the partnership with Rocket Internet to invest in the business,” explains Al Dawood.

Rather than utilizing the proceeds of the funding on marketing efforts, Wadi considers it more suitable to channelize them to improve customer experience and ramp up infrastructure, which, Wadi says, would help them compete better with big league players. “For us, customer experience translates into strong assortment, both in price and selection, strong operations, reliable and fast delivery, and strong customer service,” Alkassar says. “We will achieve this by heavily investing in technology, scalable delivery and warehousing infrastructure, and automation.”

Tips For MENA Startups When Pitching To Investors

1. Build your enterprise, one feature at a time “When coming up with an idea, focus on the core feature, and what clear benefit it will bring to your customer. If you cannot identify this single feature that will work 100% by its own then a combination of many good but not very good features will probably also not work.”

2. Give fundraising the attention it needs “Fundraising takes a lot of time so you have to plan accordingly. And it's not just a thing that needs to be done. For an entrepreneur, fundraising is probably one of the top three tasks- always.”

On the MENA startup ecosystem:

“E-commerce in GCC has been doubling every three years and has great scope in the region. The MENA region is still behind other regions when it comes to fundamental economic data, and will catch up in the next 5-10 years. We want to be part of this continued growth and want to lead the ongoing disruption. The biggest challenge in the MENA region is to find great teams and to provide them with sufficient funding until they reach profitability at a significantly sized revenue scale.”

What Al Tayyar Group looks for in an investment:

“Being a strategic and not purely financially oriented investor, Al Tayyar Group looks for great people running good business models, and once we become a shareholder we extend all our support to enable the teams in their execution. We have our great entrepreneurial heritage ourselves and are not looking for a quick and lucrative exit. Instead, we want to create profitable businesses that contribute to our financial results in the long run.”