By Sindhu Hariharan June 23, 2016
Opinions expressed by Entrepreneur contributors are their own.
You're reading Entrepreneur Middle East, an international franchise of Entrepreneur Media.

“We have come a long way in twenty years, but I really think we have just reached the outskirts… the surface of what we’re capable of doing,” says adventurer and mountaineer Raha Moharrak, who made history in 2013 by being the first Saudi woman to climb Mount Everest, in a new book entitled Game Changers: How Women in the Arab World Are Changing the Rules and Shaping the Future. This viewpoint is indicative of the core idea of the book itself: Game Changers discusses professional challenges and opportunities that exist for the region’s women. Authors David B. Jones, Sophie Le Ray and Radhika Punshi also shed light on the common misconceptions associated with Middle Eastern women, and women high up the corporate ladder. 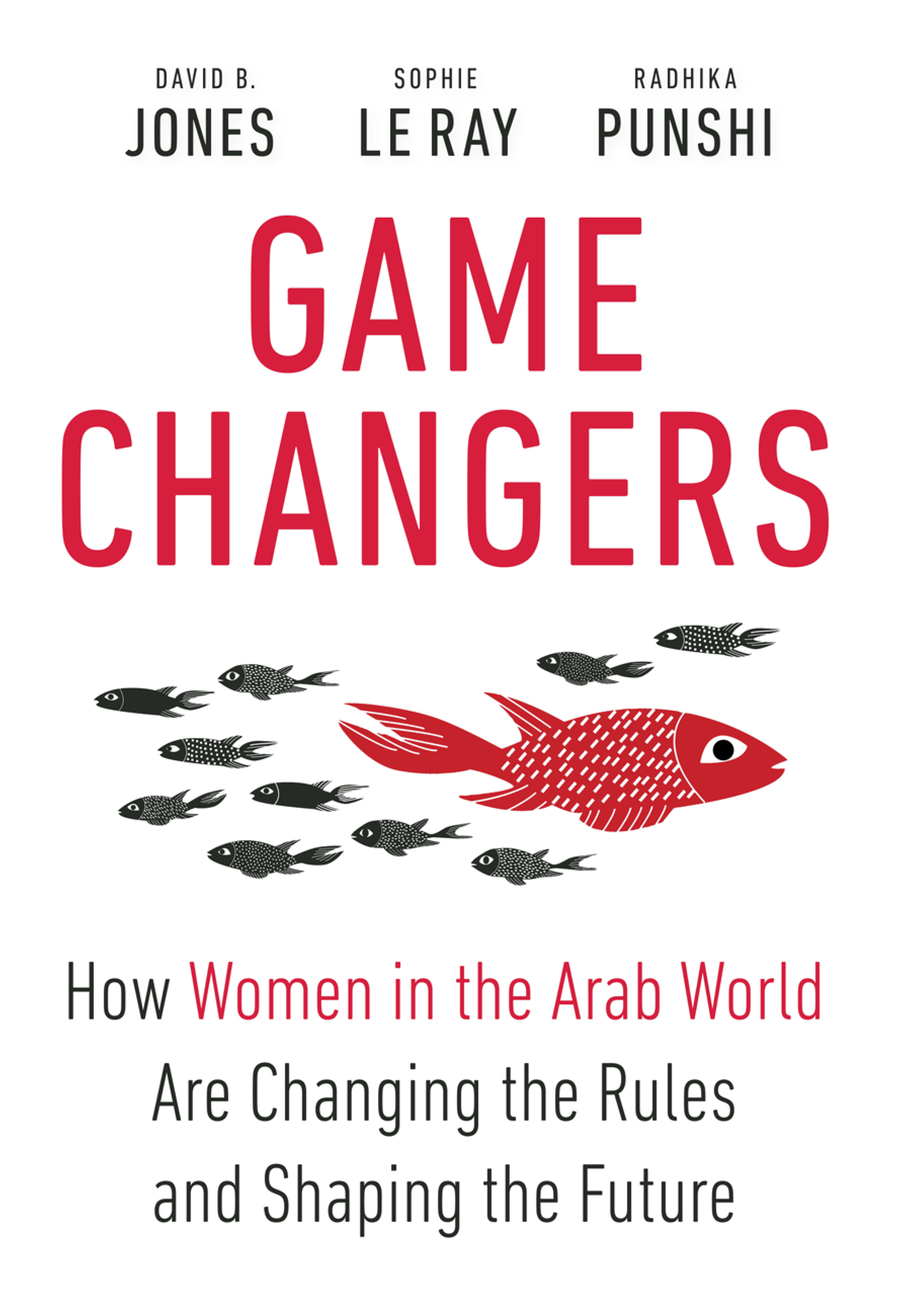 Image credit: Motivate Publishing.
According to Le Ray, who is the co-founder and CEO of Naseba, a key topic Game Changers looks into, is how women in the Arab world are making tremendous strides in education, but losing out in the workplace. Le Ray, who is also the founder and spokesperson for the Women in Leadership (WIL) Economic Forum, was prompted to participate in the creation of the book given the access she had to “exceptional people,” and regional data on diversity and inclusion. Speaking about how the book took shape, Le Ray says, “The concept was finalized almost two years ago, but it took us a good year to compile the interviews, the research, etc.” The book is structured in the form of research and conversations with the region’s business leaders on the evolution of women’s role in the Arab workplace, with Le Ray adding that one of the main challenges writing the book was to achieve a common tone without losing “the different personalities of each author and chapter.”

A section of the book has personal and candid interviews with women leaders detailing their journey. How did you choose the women in this section? What are your top takeaways from interacting with these women?

The choice was very difficult, as we kept meeting amazing personalities we wanted to feature in the book, even during the editing process. Our objective was to convey the intimate stories of the diversity of individuals living in this region: men and women, Arabs and non-Arabs, policymakers, entrepreneurs and corporate professionals at the top of their game or on their way there. The most common denominators between these game changers are their drive to make a difference, a strong sense of purpose in what they do, and a strong contentment with the life choices they made. I feel very privileged to have been able to conduct these interviews; it was a great source of personal inspiration.

What are some of the key challenges and opportunities for working Arab women that the book dwells into?

First, at the level of entry to the workplace, though increasing, female participation in the workplace is still relatively modest by international standards. Second, and most important, when women do choose to work, the concentration of females is mainly is entry-level and supervisory jobs. We don’t have enough women in managerial, leadership and board positions. Much of this is due to women dropping out of work to start and focus on their families. Though this is a global concern, it’s more acute in the region.

In terms of opportunities, all three of us are eternal optimists, and that’s why we wrote this book - to celebrate the current and future accomplishments of women in the region.  David & Radhika’s research at Talent Enterprise [a HR consultancy] clearly shows that women not only possess the educational qualifications to outperform in the labor market, but are also higher on what we call 21st century workplace skills, such as grit, resilience, empathy and collaboration. However, they lack in self-confidence and skills to build supportive professional networks. Culturally, a lot of important decisions about work are made outside work, during informal majlis sessions, sheesha breaks, etc. and women are more or less absent from these networks. 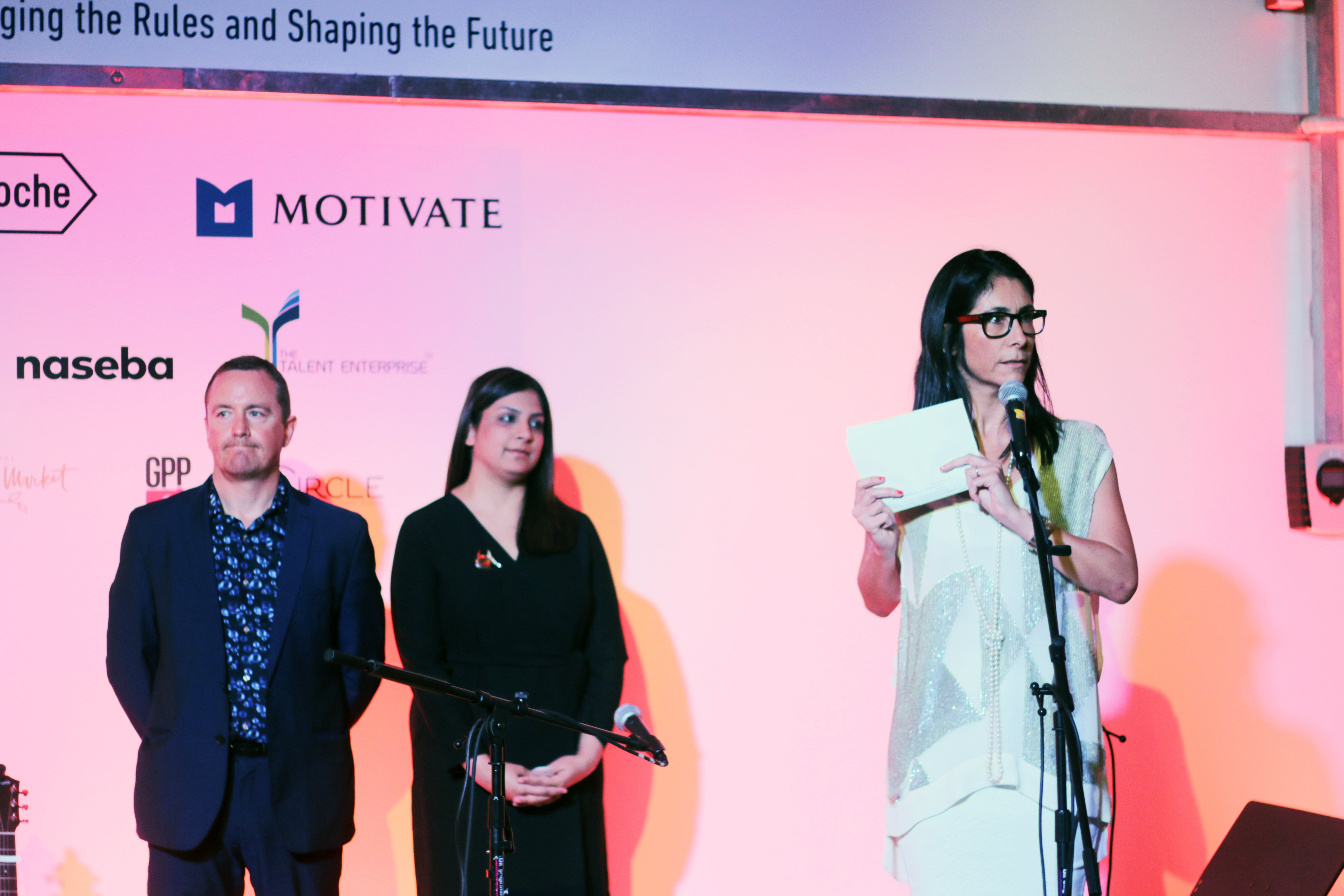 What are your recommendations for the region’s policymakers to promote female entrepreneurship and develop opportunities for businesswomen?

In summary, policymakers definitely need to support working mothers through making obvious and critical regulatory changes such as better maternity provisions, paternity leave and more flexible work arrangements (part time, work from home). Specifically, to support female entrepreneurship and businesses, access to funding and a supportive banking environment is key both for national and expat women. Providing basic financial and business literacy is key, along with incubation centers to support SMEs. In addition, it’s critical to sow seeds early, so we must start having these discussions in schools and universities and provide our youth with inspirational, positive role models from the region, which they can identify with and try to emulate.