"IoT has the potential of causing disruptive changes"
Next Article

Internet of Things or better abbreviated as IoT, has taken the industry by storm. It is expected that this technology can soon replace millions of jobs in the small and medium-skilled levels. This technology has already emerged as a successor to a lot of work related to administration and support staff.

Minneapolis-based 75F uses Internet of Things (IoT) design to deploy proactive cloud-based algorithms to predict the behaviour of a building. Internet-connected devices sense, analyse and control the behaviour of the building to achieve consistent temperature, airflow, and lighting on a zone or room by room basis while saving up to 70 percent in energy usage and decreasing the carbon footprint

Founded in 2012 in the US, by Indian natives Deepinder Singh and Pankaj Chawla, 75F, the company has now decided to expand its base in India. We caught up with Gaurav Burman, VP & Country President of 75F India, who spoke about the company’s expansion. 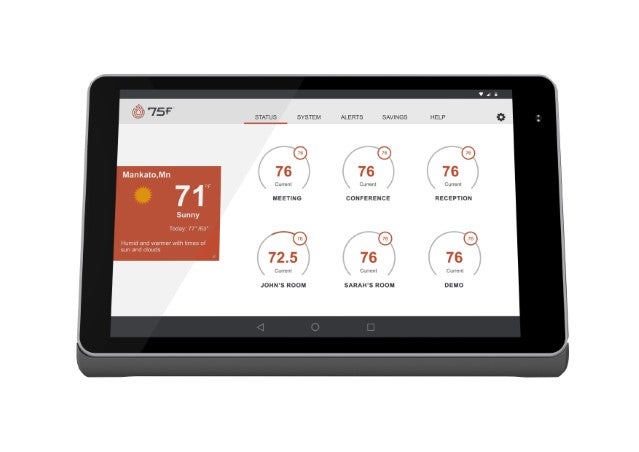 Gaurav said that India’s closeness to other major geographies like the Middle-East, China, it’s consistent pressure to increase energy efficiency, the increased focus on comfort at workplaces and the burst of infrastructure were the key factors that brought them to India.

“India tends to be more energy conscious; there is a lot of requirement from customers for energy savings while comfort and automation is also becoming a key requirement. We have also geared the offer around that so as to monitor and provide real-time basis information to our customers,” he said.

The company is currently looking at IT/ITES, hospitality and healthcare segments to begin with in India.

India and IoT – have we extracted this technology well enough?

Talking on a more general perspective regarding India’s adoption of IoT, Gaurav said that the country is still at an infancy stage of amalgamating the technology. “IoT has the potential of causing disruptive changes. Today it’s just a buzzword but people are slowly starting to realize the potential that it brings to the table,” he said

According to Gaurav, the next three years are going to become very crucial to the IoT space in terms of affordability, integration with technology and the value if can provide.

75F is a member of the United Nations Environment Program-Sustainable Buildings and Climate Initiative (UNEP-SBCI), an international platform for stakeholders to jointly carry out activities supporting sustainable development.  The company has opened up its R&D centre in Bangalore and plans to open offices in Mumbai, Delhi and Kolkata in the near future.

What Does IoT Mean to India? (Infographic)

How Can IoT Bring a Change in the Hospitality Sector?