Adoption of IoT: How is India Positioned In This Race?

Internet of Things or popularly referred by the term IoT has catered into several domains in the Silicon Valley. While this technology is at its nascent stage in India, entrepreneurs and industrial sectors are trying very hard to adopt the technology across domains.

IoT enables the connection of various gadgets and devices via a single, remotely accessible network.  It has the ability to replace thousands of mid-tier jobs and thereby increasing productivity and slash costs.

Discussing the potential of this technology, we spoke to Sauvik Banerjje, who is currently the Chief of Technology and Architecture for Omni Channel commerce, IoT and Artifical intelligence with other next generation innovations at SAP.

Sauvik’s clear focus at SAP is to grow the innovation vertical with the best usage, and value contribution for SAP’s technology platform adhering to the board’s digital business framework vision.

Where does India stand in terms of adoption of this technology?

The reason of such accelerated growth in these three economies, especially in India, is because when you have a hardware-software move into an object driven by internet, there is a smoother transition versus a technology and engineering perspective. 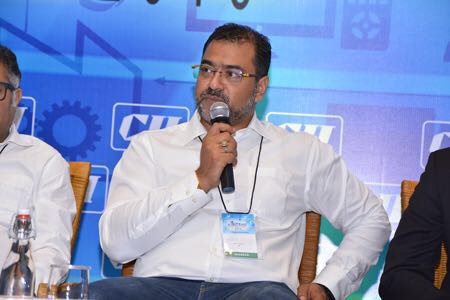 Who are the immediate adopters of this technology?

When we have warehouses driving enterprise stores, dealer distributor models and kirana stores one will come across a lot of delivery fulfilment logistics taken care by the brands directly or via PLs. Hence, warehouse and shipment providers are using IoT companies to track, tag and chase real-time using the GSM technology of airwaves.

The second domain where I see adoption of this technology is healthcare technology. A large number of the premier hospitals are now using IoT to digitize connected thermometers and device-based patient registers.

What should start-ups, prying this space, really keep in mind?

For every physical object which could broadcast data in an electronic format where a physical internet cable can be plugged in and that can broadcast data and can be received on the other end by an app, is the three-problem strategy. Implementing sensors in these verticals, where there is a physical internet capability to broadcast and consume data and they are using airwaves traffic where data can be exposed and broadcasted.

This is an easy step IoT mode startups are trying and the used cases are increasing with every passing day.

What is the market Size for IoT in India?

We are seeing 8.7 billion connecting things across South-East Asia with a market opportunity of 566 billion by 2020.  By the same period we are looking at 948 connected things via IoT in the Indian sub-continent and a $44 billion market opportunity, he says.