The World's Biggest Serena Williams Fan Is a Computer

The last time I took the 7 train out to Arthur Ashe Stadium to watch the U.S. Open, my mind was absolutely blown by witnessing that level of play in person, and even more than that, by the gigantic tennis balls they were selling at the souvenir stands. I mean, those things are huge! 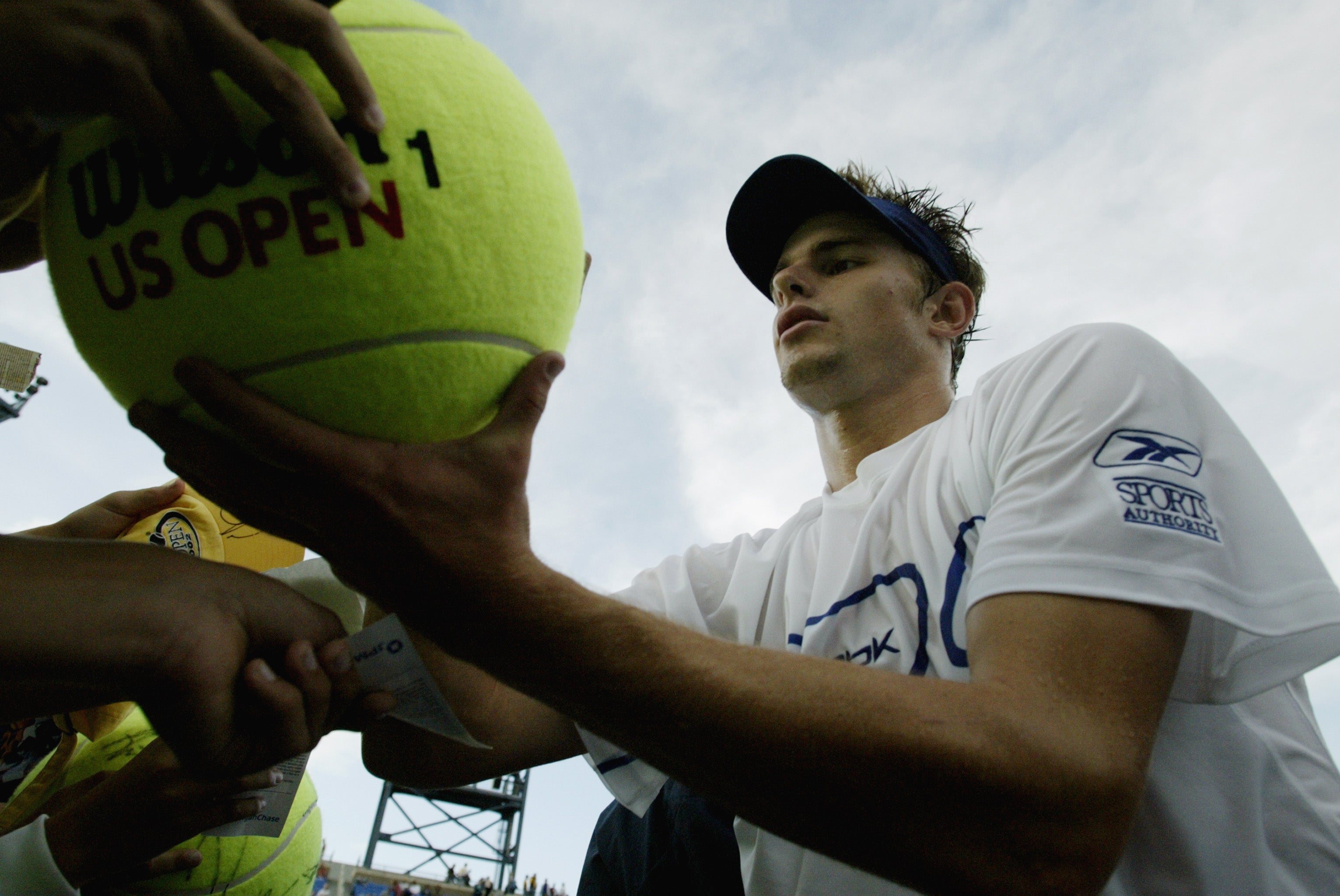 But as groundbreaking as a big fuzzy ball might have seemed at the time, this year my mind was blown by something slightly more impressive: a behind-the-court tour of the amazing tech IBM brought to the U.S. Open this year.

Our tour began with a Goodfellas-esque walk through the bowels of the stadium. As we twisted and winded our way deeper into the heart of the state of the sports arena, we passed racks of catering, old Open posters and even caught a glimpse of a very fabulous Serena Williams gabbing with a pal. I didn’t take a picture out of respect. (OK, fine, the door closed before I could get my phone out.) 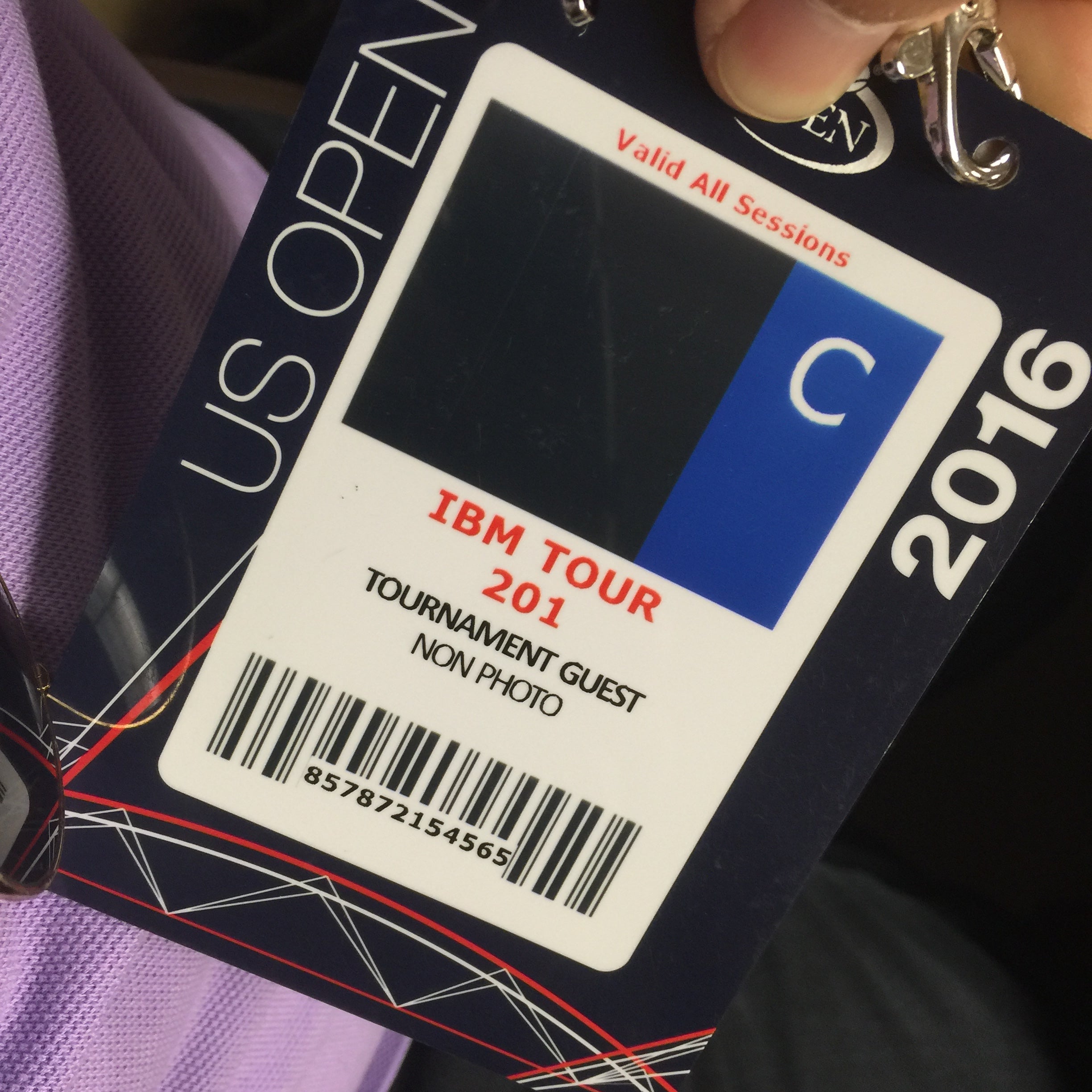 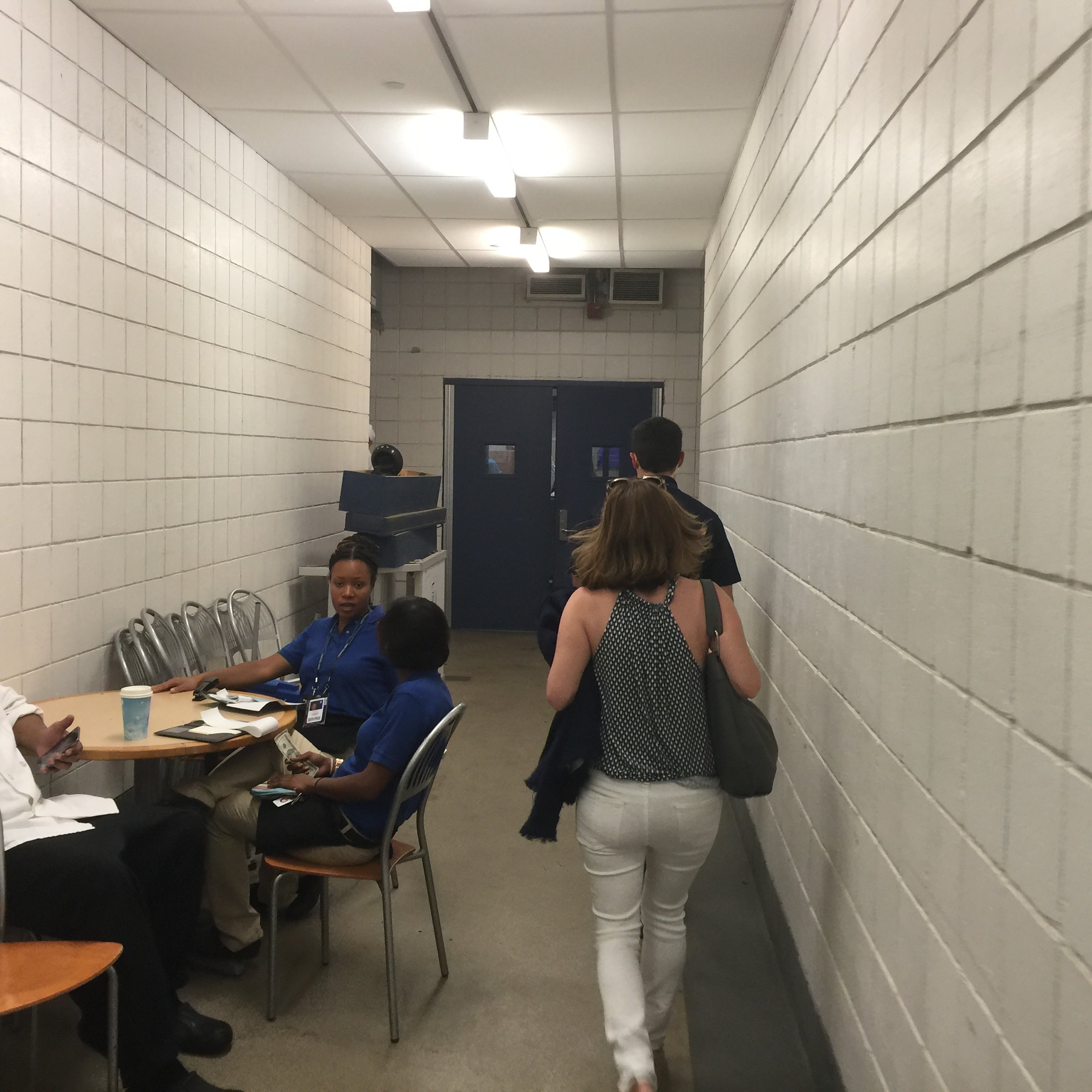 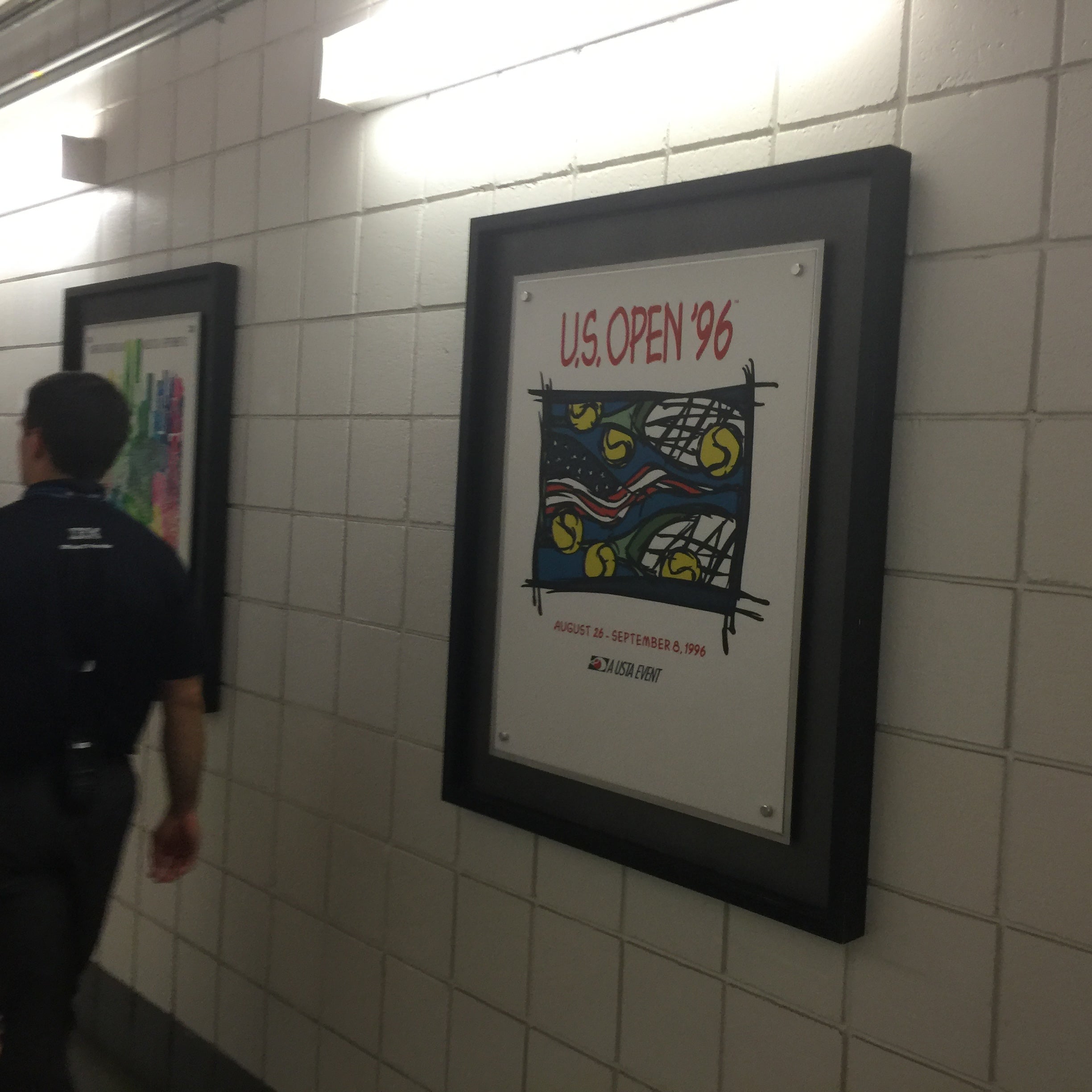 Our walk finally brought us to Scoring Operations, a room filled with more monitors and computers than the sets of War Games and Apollo 13 combined. 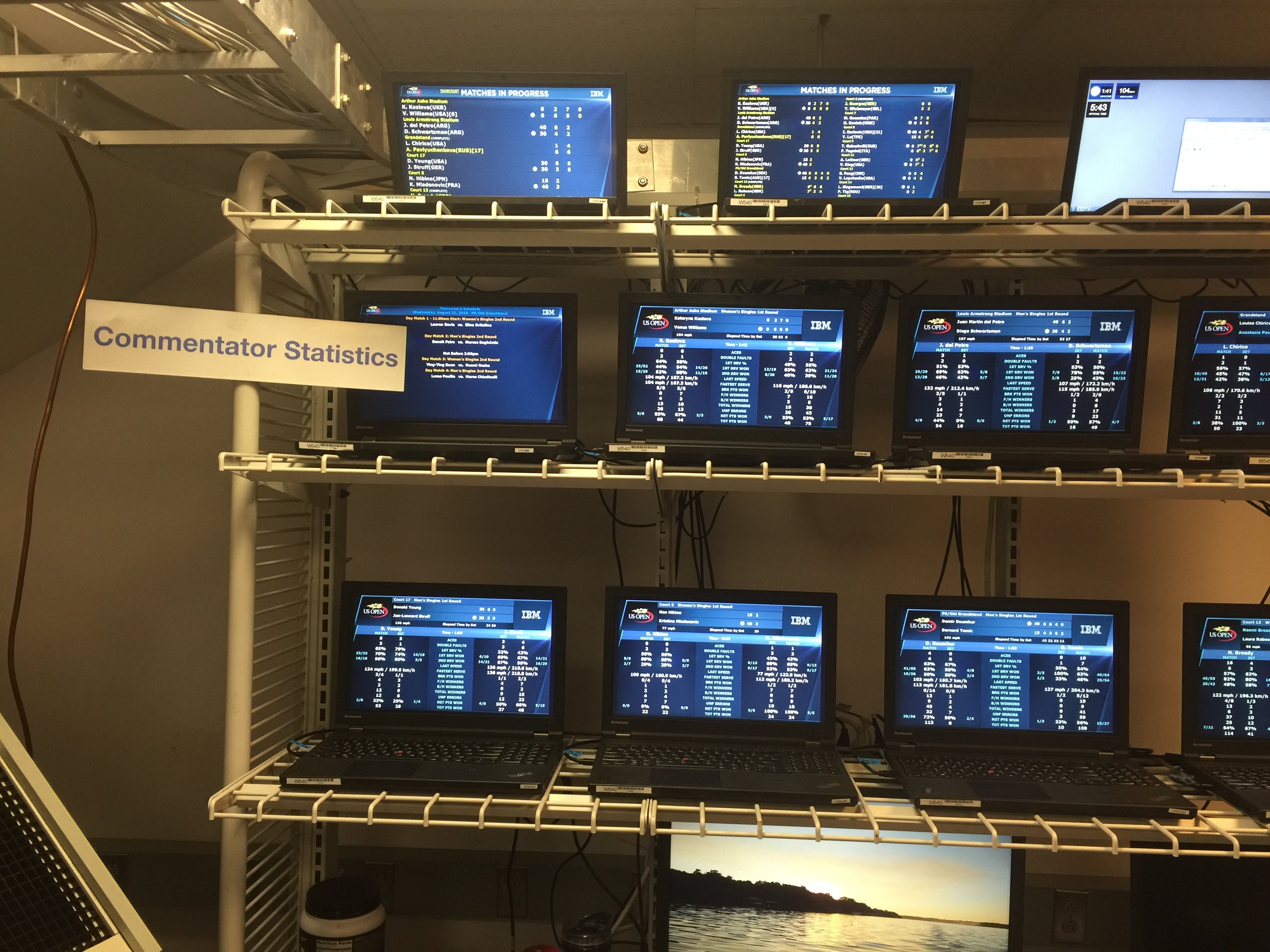 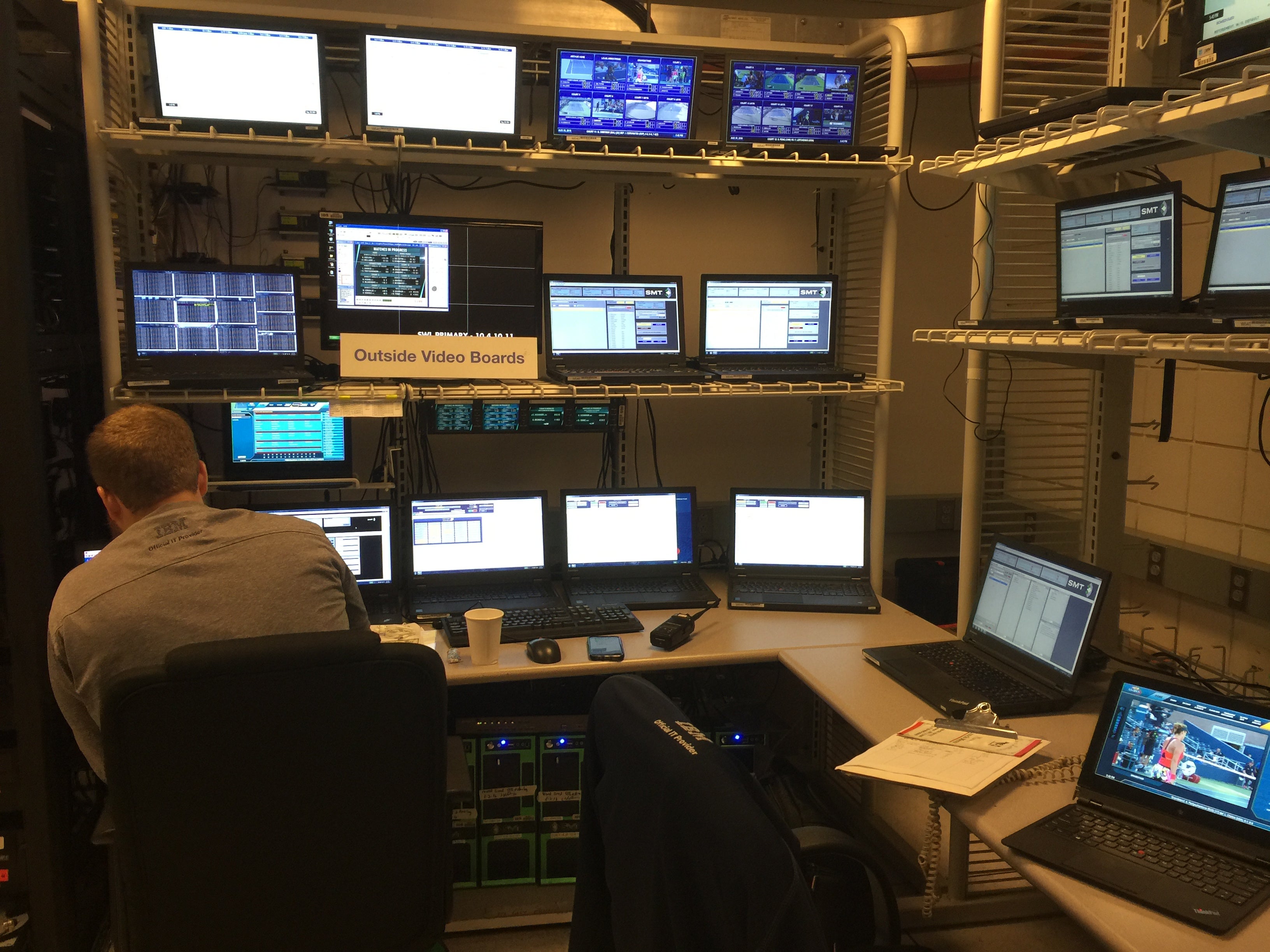 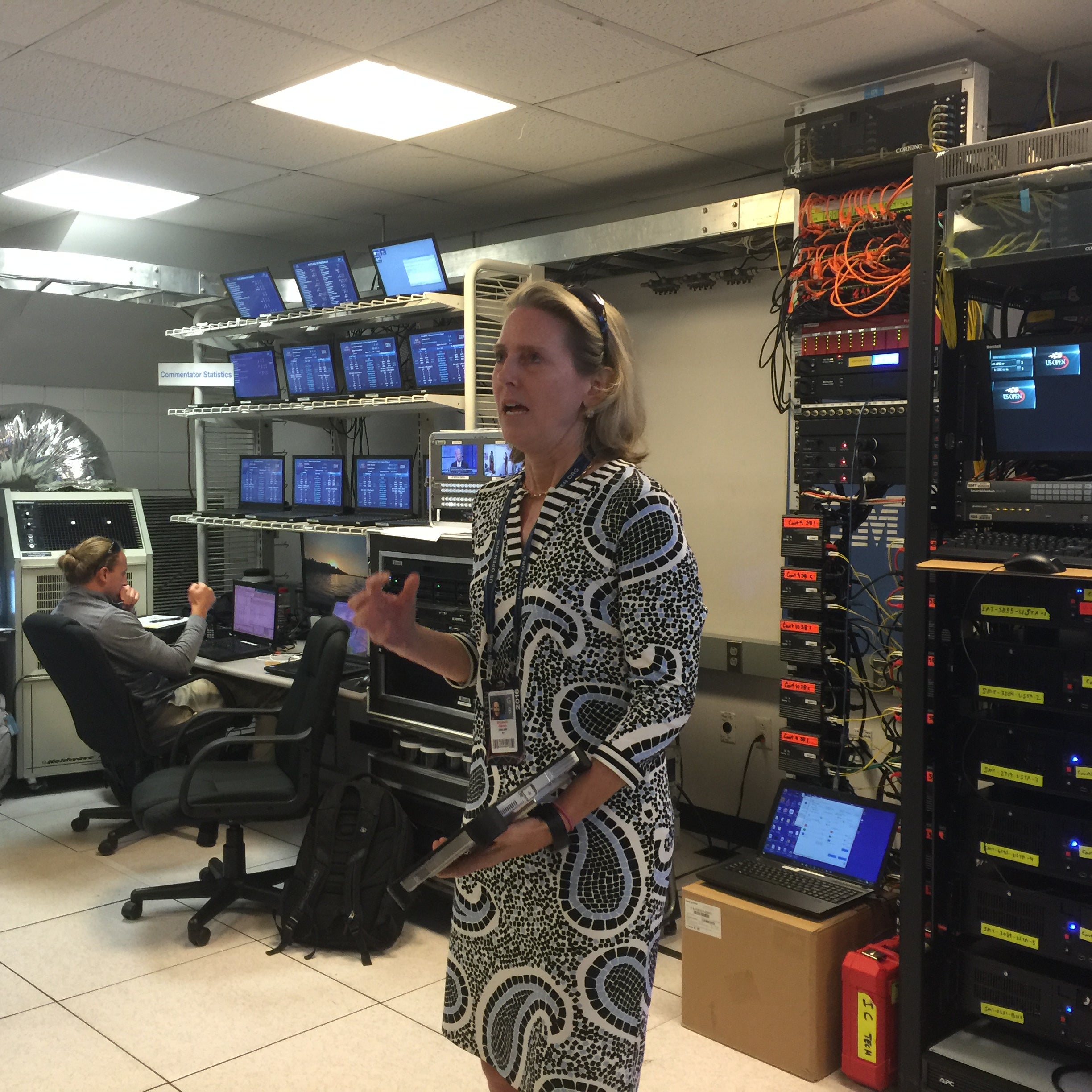 This is where all of the data from the umpire chair system, the data from the courtside statistician and the data from the line calling system goes and gets distributed to various places such as the commentators' monitor, the broadcast graphics systems and the video boards around the grounds of the U.S. Open. It is also, for the first time, zapped to the mobile devices of fans. Using IBM's SlamTracker, you can get any stat you can think of, and some you can’t. The latest innovative in SlamTracker is its ability to predict play based on how players have previously performed in “pressure situations.” This really helps underline those “whoa, did not see that coming!” moments.

Watson is here in this room, and he/she/it is busy with three active roles. One, on the Open’s official app, Watson is working overtime to help out visitors to the tournament. Within the app, people can ask Guest Services questions such as “Where is the taxi stand?” or “Where can I get a hot dog?” and Watson will tell them the answer. And if it doesn't know the answer, it will find it and remember it for the next person who asks. All by itself.

Watson's second role is as a new member of the paparazzi. As the USTA captures images of the matches, the players and the celebrities in the stands, Watson using digital recognition to instantly identify the subjects of the photos and tag them correctly so that the editorial team covering the tournament can use search capabilities to gain immediate access to the correct assets. To non-media people, this might not seem super exciting, but the journalists on the IBM tour were basically drooling.

Finally, Watson is also helping out with on-demand video, “listening” if you will, and subtitling and creating transcripts of all the matches and player interviews. All of that goes into a publishing system, which then allows all the subtitled videos to be published and watched by fans who are pretending to check their phones for work emails.

Elsewhere in the Scoring Operations center was a robot named Pepper, who like Watson, has the ability to learn. If you asked Pepper to wave, Pepper might say, “I don’t know how to do that.” And after you explained how to do it, Pepper will remember and do it whenever you asked. Sigh, if only dogs and children were that easy to potty train.

If all of this is starting to give you the creeping feeling that the computers are taking over, don't be too alarmed -- not yet anyway. Watch this, one of the 13 aces Serena had that night on the road to setting a new Grand Slam record of 308 victories later in the tournament. Pepper or Watson, can you return a 125 mph serve? Didn’t think so.