Start with consistency, authenticity and an ability to execute your ideas.

The entrepreneur's dream is to turn what he or she loves into something that will actually turn a profit. YouTube is home to more than a billion users, and some of the platform's creators have been able to channel their passion and leverage the support of their fans into thriving business empires.

So how do you get from vlogging in your bedroom to clothing lines, book deals and big name partnerships? It starts with a genuine enthusiasm and a tireless work ethic. We caught up with four creators -- inventive baker Rosanna Pansino, top fitness personality Cassey Ho and Kate Albrecht and Joey Zehr, the married team behind DIY lifestyle brand Mr. Kate -- to get their best advice for the aspiring YouTuber turned entrepreneur.

Pansino is the host of the widely popular baking show Nerdy Nummies where she whips up desserts inspired by science fiction, fantasy, video games, comics and other geeky pursuits. She's taught her 7,060,444 subscribers to make desserts ranging from Harry Potter milkshakes and Lord of the Rings muffins to Star Wars chocolates and Minecraft themed cookies. Last year, she published The Nerdy Nummies Cookbook: Sweet Treats for the Geek in All of Us.

Related: The Surprising Second Act for One of YouTube's Biggest Stars 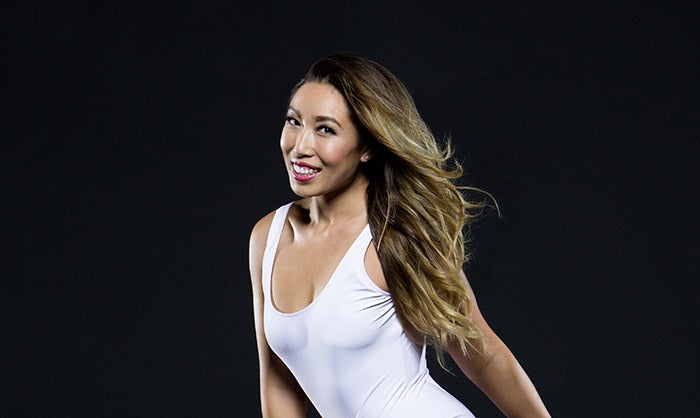 In addition to her several videos a week at her Blogilates channel, Ho maintains a newsletter and blog and wrote Cassey Ho's Hot Body Year-Round: The POP Pilates Plan to Get Slim, Eat Clean, and Live Happy Through Every Season. She also has a clothing line, POPFLEX Active, that launched in January of this year. Selling directly to consumers, the line has been in such demand that Ho has already released two collections, with fall 2016 currently in the works.

Mr. Kate began life as Albrecht's Etsy shop and blog. Albrecht's first career was acting -- she and Zehr met on the set of a movie -- but she always had a passion for art and fashion, and designed jewelry on the side. After Zehr created Mr. Kate's first website, their YouTube channel launched in 2009. Now, customers can buy everything from home goods to accessories on the site, and last year also saw the release of the first book from Albrecht, A Hot Glue Gun Mess: Funny Stories, Pretty DIY Projects.

Here's what these creators recommend you do to follow their paths to business success.

1. Consistency is key.
Pansino began making videos four years ago to get more comfortable in front of the camera, and she says that baking was a natural fit for her. "Authenticity is one of the most important things when it comes to making online video. Baking is something I've enjoyed ever since I was a little kid and every time I make a new video it reminds me of spending time in the kitchen with my family," she says. "Consistency is also extremely important. I have uploaded every Tuesday with no breaks or missed episodes since 2012." It’s not just reliability in posting content, but also interacting with your customers and fans.

Ho says that whether she is spending the day choreographing a new workout, working on the latest activewear collection or filming a video, without fail she dedicates a portion of her day reading the comments because “it’s so important, it’s everything. We work to serve our community. And if we’re not then we’re not doing our job," she says. "We listen to their feedback and we create with you. If you’re not listening to what your customers are saying, then you are ignoring them. And that is not going to do well for the business.” 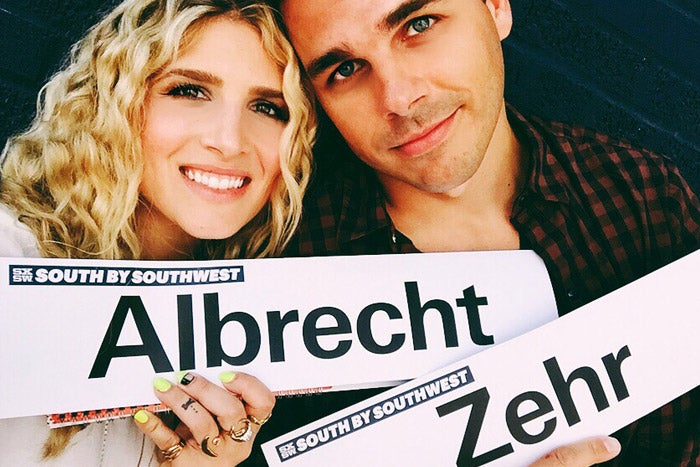 Zehr says that when he and Albrecht launched the company, right from the start it was important to link commerce and content together. One side of the business wouldn't be able to grow without the other. "We've always tied the content back to the products," he says. "It was a very conscious choice from the beginning. We're not going to do anything that doesn't somehow tie back to the bigger picture."

Related: 7 YouTube Channels Crushing It That You Can Learn From

2. Don't discount the work that goes into looking effortless.
Watch OMG We're Coming Over, a series Mr. Kate produces, and it certainly looks spontaneous. But what viewers don’t see in the videos that involve major room transformations that Albrecht and Zehr film and execute in just one day with only a couple of cameras, are the countless lists, pre-production meetings with the company's team of seven and shopping outings that lead up to filming.

For Pansino, a great deal of planning goes into the candy colored episodes that she uploads every week. She estimates that 80 hours of work goes into just one segment, from brainstorming to final edits. In between, she shops for ingredients, does a few test bakes (some recipes can take 12 hours start to finish) and then she bakes the treat in different stages to have on hand for the day of filming, which can take anywhere from three to six hours.

Related: Dwayne 'The Rock' Johnson on How to Be a YouTube Star

3. When partnerships come your way, think carefully.
Ho launched her channel Blogilates in 2009 to spotlight a form of Pilates she created called POP Pilates. “Girls feel really comfortable working out with me because it’s in the privacy of their own home. You also don’t need any equipment,” she says of the appeal of the workout.

But if someone wants to learn POP Pilates, thanks to a recent partnership, Ho's YouTube videos are no longer the only option. A year and a half ago, Ho teamed with 24 Hour Fitness to make POP Pilates the official Pilates offering for all of the 24 Hour Fitness gyms -- about 400 in all -- in the United States. That means instructors can be certified to teach Ho’s format, providing gym goers with the same experience they would have by watching a Monday video.

When it comes to working with other brands, Ho says that she only considers it if the product or entity in question brings "value to the fans' lives. If it doesn’t than there is no point at all." And if you do decide to put your name and reputation behind a product, “anytime you do anything with anyone, have the rights over all of it so that any message that is portrayed to the community is said in my voice and said in a way that [it feels like] we are talking to each other," Ho says.

Related: This YouTube Sensation Inspires, Aspires and Cracks Jokes Along the Way

Albrecht says the most successful brand partnerships are the ones where the creators retain their voice and style and are able to seamlessly integrate the brand in question into the content they would normally produce. "The learning curve for us was when we kind of had to alter our content and our style and our messaging to fit the brand requirement," she says. "And our audience was like, 'what the hell is this?' So it doesn't pay off for anyone involved [if it doesn't fit]."

When your content begins to catch on, all the opportunities that start to arise may be overwhelming, but Pansino advises going with your gut and not underestimating the value of your work. "I think everyone's approach to partnerships is completely different. I focus on building a lasting relationship with both brands and other creators," she says. "I also say no to 95 percent of offers if they aren't a perfect fit for me. Working with the first brand that reaches out to you can be tempting, but it's important to not undersell yourself."

4. Your channel is just the beginning.
Albrecht says one of the biggest false impressions people have about starting a YouTube business is that a channel is all you need. "The misconception is that you can start a channel and gain a following, and you start making money off your channel. Really the money that you make from AdSense is negligible if you're trying to run a business. The money really does come from brand integration," she explains. "The brands want to associate with high quality content and a demographic that really fits with what they are trying to sell. Viewing what you're going to do on YouTube as a part of your overall business plan is really important."

Ho agrees that the competition is fierce, and a creator will only rise to the top if they aren't merely trying to copy someone else's success. “I really depend on my creativity and being able to see ahead and have a vision and with that, it’s really about executing it. Because a lot of people have ideas but if they don’t do what they say [they are going to do], it doesn’t really matter,” says Ho, noting that a lot of people who do have great ideas can get stymied by fear. “I’m willing to take risks and I’m willing to fail because failing is just a part of learning. Everything that’s happened is because of that.”

Related: Why This 25-Year-Old Marketing Star Left His Job at YouTube to Launch a Philanthropic YouTube Channel 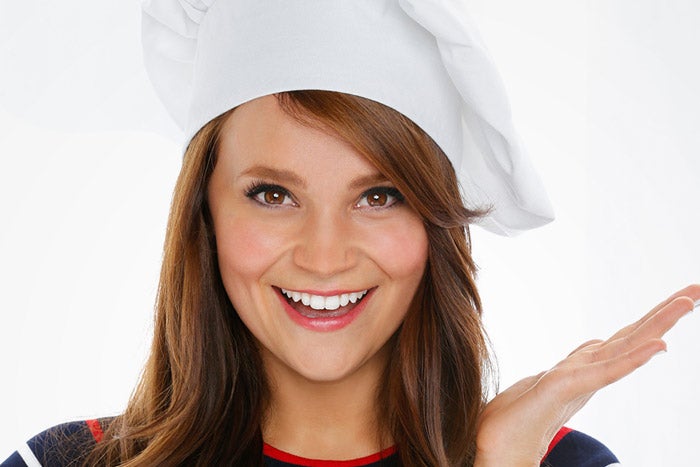 5. Make sure your business is valuable to both you and your fans.
Pansino explains that her philosophy behind her work hasn't changed much over the last few years. It started with what was and still is appealing to her. "The main approach I took was to make content that I would want to watch. I personally did not start my YouTube channel to turn it into a business," she says. "Nearly all of the top online creators started from very humble beginnings wanting to share things they loved online. With any new business I think it's important to create something useful, fun or entertaining before figuring out how to make it successful."

Ultimately, Ho’s top advice is to make your fans an involved part of the growth of your brand. “Producers need to take a step back and [think] 'what can I create that will bring added value into my fans' lives?'" she says. "If this is going to be a business on its own and not just a business living off of your name, it needs to have something special about it." Giving fans an inside look at what you’re creating cements that relationship and gives them that investment in your work. “Bring your fans along for the ride as you create the business,” Ho says.

And while you are thinking about advancing the brand, don’t forget about the YouTube videos. "I was really committed to posting every day so that when people came to our site they would understand that there would be something new to see, some new creative inspiration," Albrecht says. "You think about it every day for five years, that's how I did it."