By Erika Widen September 25, 2016
Opinions expressed by Entrepreneur contributors are their own.
You're reading Entrepreneur Middle East, an international franchise of Entrepreneur Media.

"The Daruna concept is simple; provide quality and affordable accommodations for the working community in Qatar, the Gulf Cooperation Council (GCC) and throughout the world," says Michael Murphy, CEO, Daruna Development. "In 2013, at the request of the former US Ambassador to Qatar, I arrived to Doha, and with the permission of the board of my American Company, Global Building Solutions (GBS), we founded Daruna in partnership with H.E. Sheikh Nasser bin Abdulrahman bin Nasser Al Thani, a member of the ruling family of Qatar."

Founded in 2005, Global Building Solutions, or GBS, is a master developer that works with strategic partners around the world to provide 'built-in- America' quality at competitive prices. GBS is a privately held United States company with multiple wholly owned and joint-owned foreign subsidiaries. GBS has extensive experience in international real estate development, manufacturing and construction. In addition, GBS partnering with internationally renowned groups has allowed the organization to grow its business in the GCC, establishing several sites in Saudi Arabia, Dubai and Qatar. "With these local partners, a new direction in development has expanded GBS into an owner/developer of several projects in the region," adds Murphy.

As for the need for Daruna within Qatar, Murphy notes what its Chairman H.E. Sheikh Nasser Al Thani stated at a conference in 2015: "Like Qatar is trying to be an icon in sports, medicine, health and education, Daruna will be a starting point and standard for working accommodations in the region and the world." Murphy underlines how the Chairman's message was simple, as Qatar has a large expatriate workforce who is implementing the country's National Vision 2030. "That National Vision is clear, the rights and needs of the workforce are a priority and necessity for the State," Murphy explains. "Given that the Qatari government has embarked on a fundamental shift in the region for the treatment of its workforce, Daruna has accepted the challenge to provide delivery of this promise to the market."

At present, Qatar is hosting more than one million blue-collar workers, and the total population according to World Bank in 2013 was 2.1 million inhabitants; therefore the need for Daruna is acute. "The Qatari government has a bold plan to implement, and Daruna is one of the companies implementing that plan." Murphy says his delivery team is made up of professionals from thirteen countries that are all united in a common goal. Their strategic team is led by Chairman H.E. Sheikh Nasser Al Thani, and Vice Chairman and former US Ambassador to Qatar, Joseph LeBaron. "We have assembled a team of dedicated professionals who have fused the Qatari vision and leadership with the expatriate ability and know how," Murphy says. "This has created a unified vision to make Daruna the solution of choice in Qatar and the Middle East."

Unquestionably, Murphy notes that there is a pent-up demand for blue-collar housing in the country that meets international, and now Qatari regulatory standards. "What is missing in the market is our unique offering: a design-build-operate approach that is coupled with an unshakable commitment to meeting Qatari and international standards. Daruna, using its unique approach and Qatari developed standards as the blue print for its guest worker villages, will help meet that pent-up demand."

Murphy believes that by doing so, Daruna is contributing directly towards the fulfillment of the Qatari National Vision. "I should also point out that Qatar is leading the effort to change, first by promulgating the regulations that raise the standard, then by providing land and tendering opportunities to build to that standard and, finally and certainly most important, enforcing that standard relentlessly in the private sector."

According to Murphy, Qatar's blue-collar workforce has grown dramatically in the past six years, and is responsible for the majority of the country's population growth. The Ministry of Development Planning and Statistics (MDPS) data show that 60% of Qatar's population is living in labor camps. MDPS figures show that between 2010 and 2015, the number of residents living in labor camps increased by more than half a million (525,000) people to 1.44 million. "That means nearly three out of every four people who moved to Qatar over the last five years are living in high-density shared housing like labor camps," Murphy says. "We anticipate that this number will stabilize and then gradually decrease, as Qatar is successful with the delivery of the World Cup in 2022."

However, Daruna is engaged in building permanent worker facilities for Qatar that will last well past the achievement of the National Vision 2030, in order to accommodate the operators and maintainers of the venues built by Qatar. "Daruna is both the short-term and the long-term solution to the accommodation need," he says. At present, Daruna, and its strategic partners are currently delivering a 4,000-guest village in Umm Salal. This village will be ready for occupancy in mid-2017.

In addition, in the fourth quarter of this year, Daruna will be breaking ground on a worker community of 30,000 guests in Al Khor. "In our pipeline, we are finalizing a strategic partnership for the development of 30,000 guests near the Al Wakra area. Additionally, several groups inside Qatar, Dubai and Abu Dhabi have contacted us about creating turn-key communities," says Murphy. The Daruna Worker Communities are designed to create living environments for guest workers, which enhance primordially their well being and quality of life.

As a result, the communities embody fundamental spatial and organization elements, which can be found in urban settlements around the world. The traditional village model is the underlying ideal of the Daruna community concept. In addition, the familiarity of the village model creates a sense of comfort, and the feeling of a home away from home. "As such, our communities are broken into neighborhoods of 800 guests, villages of 4,000 guests, and communities of 30,000 guests," Murphy explains. "Each level of population has a core service element that allows for each guest to have all of his basic needs within walking distance."

Moreover, Murphy highlights how the right of privacy is a fundamental principle of human dignity. For instance, in a communal living space each guest should be able to dress and undress, sleep, read and relax without having to be observed by others. "Each of our guests is provided with six square meters of personal space, including lockable storage, shelving, personal lighting and an electrical outlet," he explains. "We have place for a maximum of four guests in each room with privacy walls separating each bed. In a change from the current market, we have created a shared bathroom for each three rooms, rather than a communal bathroom for multiple blocks. Additionally, we have a shared community living room for each three rooms to share."

In reference to the approximate cost to build the workers accommodation, it varies from site to site. "We are currently in partnerships building multiple facilities in Qatar with occupancy sizes ranging from 4,000 guests in one location to 30,000 guests in two other locations," Murphy says. "We have financing commitments in the area of four billion Qatari riyals to complete these projects." Nonetheless, Daruna is committed to providing the most cost-effective solution for the products and services it offers. For instance, in its current development, Daruna is in partnership with the State of Qatar, therefore, the lease prices, will have to be approved by the regulatory authorities giving contracts in Qatar, such as the Supreme Committee, Qatar Foundation, MME, Ashghal, and QRail to name a few.

Related: External And Internal Factors To Consider For SMEs To Innovate 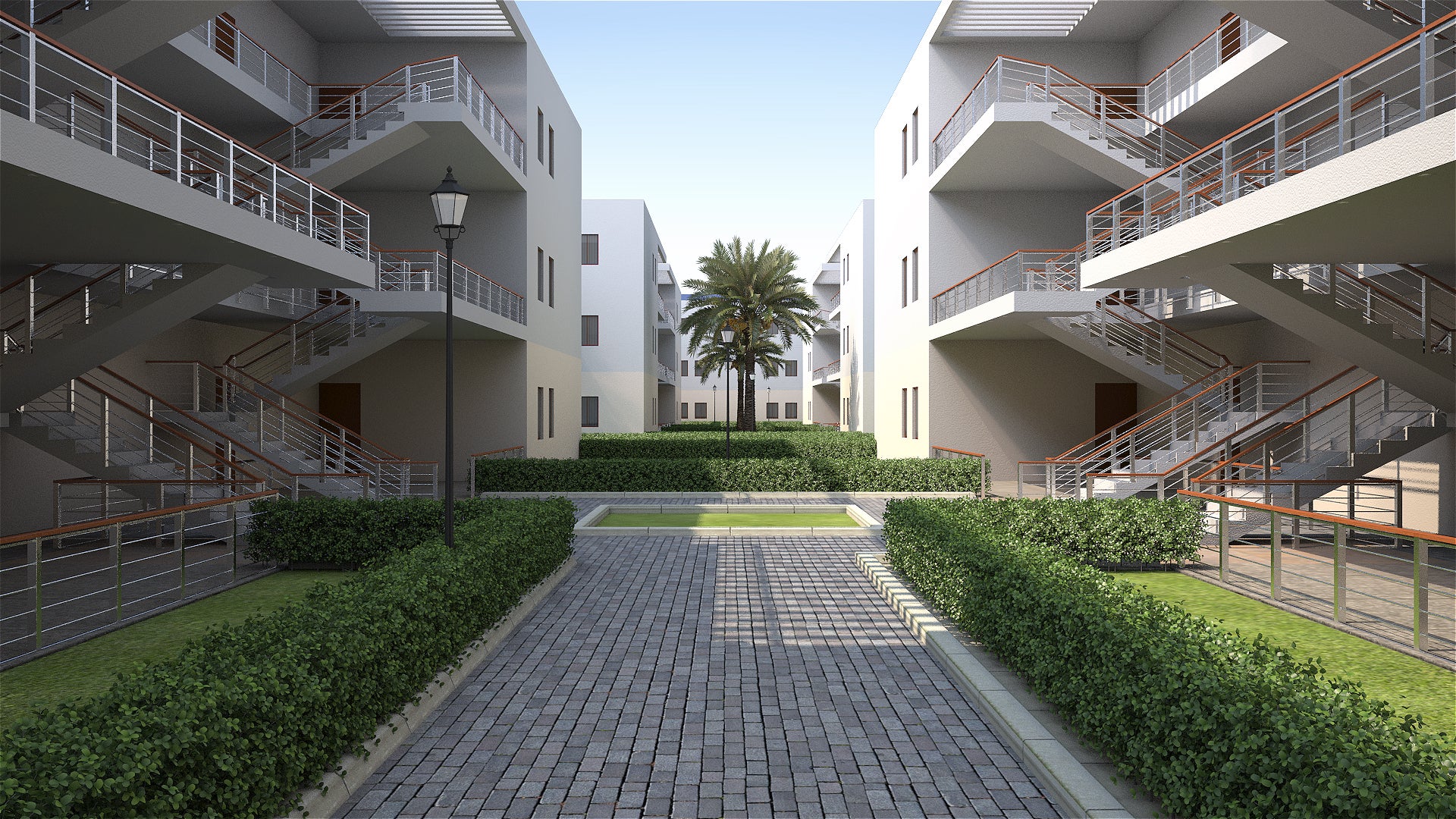 In most cases, these entities are outlining guidelines for contractors and subcontractors on what to budget for worker accommodations in the contract. "We come under these budgetary numbers in terms of cost," Murphy notes. "However, we prefer less to think of the cost of our services and more about the value they provide our customers. We believe our customers need to consider the health and safety of their workforce, and the reputational risk they take on the international stage if they do not comply with regulations (and the press is watching)."

Murphy further adds the need to consider the legal risk they face for non-compliance from Qatar authorities or, in some cases, from the legal entities in their individual managers' countries of record. There is also the possibility of losing or not being able to bid on contracts due to non-compliance. "Our costs are trivial compared to the value that our guaranteed solutions bring to our customers' peace of mind." Once the village is leased, property and facility management is performed onsite by Daruna management, it focuses on direct contact with their tenants. In other words, all of Daruna's contracts are inclusive of all utilities and core services.

"In addition, we work with our tenant human resources departments to ensure compliance and reporting to all relevant Qatari agencies regarding the guests and their status in Qatar." In the coming months, with increased scrutiny from the legal and compliance entities in Qatar, this service will be critical to Daruna's customer tenants and their ability to bid on new contracts or receive new worker visas, and to maintain their status on contracts that have been awarded. "Qatar is serious about compliance with its regulations, many of which have been recently enacted and are now enforced. Daruna's turnkey services are the most reliable way to ensure that the workers under the care and sponsorship of our customer tenants are in full compliance with those regulations."

Daruna's partners in the financial field include one of the largest Qatari Investment banks, which engage in investment and solutions in accordance with Islamic Shariah principles. "To ensure on-time and on-budget delivery we are working with the 14th largest construction company in the world, backed by the second largest bank by market capitalization in the world. In operations, we have formed an integrated team of individuals and strategic partners who represent decades of experience in hospitality, facilities management, operations, personnel management and culinary arts," says Murphy.

Among the challenges Daruna Development encountered was finding land, which was legal to build on for workers accommodations. However, this problem was quickly resolved when the government of Qatar began an aggressive program to provide housing for blue-collar workers. "With this, we were able to find the proper lands we needed to start our accommodations. So much of the international press has focused on the problems in Qatar associated with the blue-collar and migrant work force. Very few have reported on the visionary plan of the Qatar government to fix these problems on a permanent basis."

Conversely, he adds how Daruna is working closely to implement these plans and suggests that all who are critical of Qatar and its progress should take a look at the progressive measures it is taking in the recruitment, accommodation and wage sectors, as it is unprecedented in the region and impressive. "Change in any system takes time, Qatar has fully committed to the change. Building supply to enforce the change also takes time; Daruna is committed to the creation of the supply, as fast as is physically possible." On the whole, Daruna's vision is to work closely with the government and private sector in order to implement a universal standard of rights and services for the working community. "That celebrates the basic fact that a worker who is properly housed, fed and paid is a better productive employee for the accomplishment of corporate goals and the National Vision." 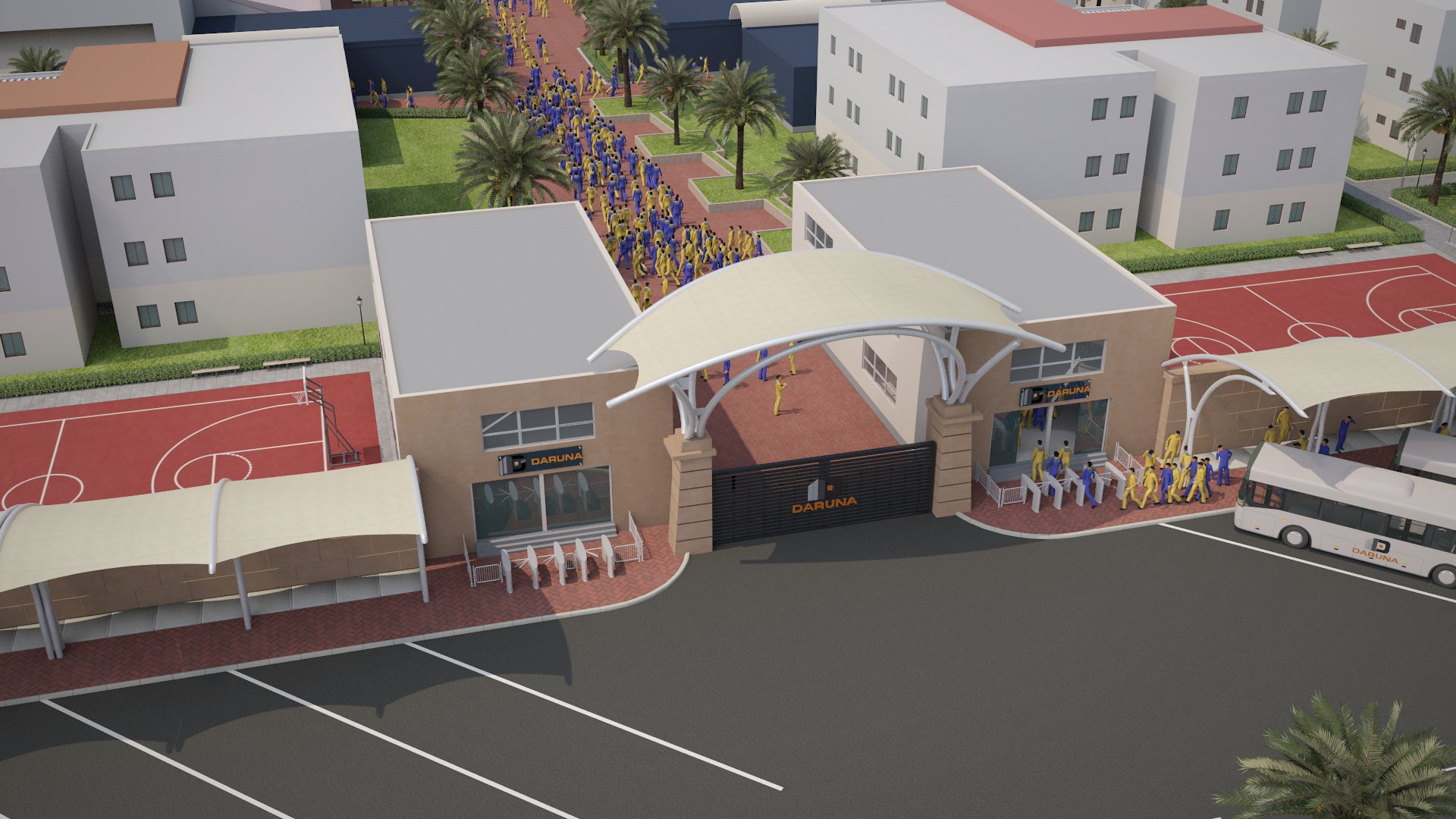 Worker Welfare Is Enshrined In The Qatar National Vision 2030

As mentioned in the First Pillar of the Qatar National Vision 2030: "Recruitment of the right mix of expatriate labor, protecting their rights, securing their safety, and retaining those who are outstanding among them is a principal goal of the Nation."