The UAE Cabinet on Sunday approved a federal law on bankruptcy, a legislation, which the Cabinet hopes, will have a "positive impact on the national economy enabling it to adapt to changes, and support businesses to achieve optimum performance."

One of the major grievances entrepreneurs in the UAE have long had about starting and scaling business in the country is with regard to the challenges associated with business failure here, with legal structures that initiate criminal proceedings against financial defaults. However, this could now change with the UAE Cabinet on Sunday approving a federal law on bankruptcy, a legislation, which the Cabinet hopes, will have a "positive impact on the national economy enabling it to adapt to changes, and support businesses to achieve optimum performance."

Announcing the development on Twitter, H.H. Sheikh Mohammed bin Rashid Al Maktoum, UAE Prime Minister and Ruler of Dubai, said that the law "aims to promote both investment and ease of doing business." Though the finer points of the individual provisions of the law are not known at this stage, Bloomberg reports say that it is expected to be modeled on "Chapter 11 proceedings" under US bankruptcy laws. Rashid Al Balushi, CEO, Abu Dhabi Securities Exchange, notes in a statement that such a law would aid continuity of companies, giving "them the flexibility needed to manage their finances."

We also passed the final version of the new Federal Law on bankruptcy, which aims to promote both investment and ease of doing business.

The region's entrepreneurship community too has largely welcomed the move as a timely intervention that supports entrepreneurs in innovating and taking calculated risks, as part of running their business. Commenting on how such legislation can bring relief to startups and entrepreneurs, Dany Farha, CEO, BECO Capital says, "We believe this would enable entrepreneurs to start businesses without the fear of missing rent cheques." However, Farha adds that BECO Capital has seen an exponential growth in deal flow from 250 in 2014 to almost 1,000 this year, signifying that even without a formal bankruptcy law, there doesn't seem to be any dearth of people choosing the life of an entrepreneur.

Christopher M. Schroeder, American entrepreneur and investor and author of Startup Rising, the first book documenting the rise of startups in the region, considers the new UAE bankruptcy law to be significant. "It has been discussed for some time and that it has been accomplished sends a further signal to entrepreneurs and investors of the seriousness of the UAE to be a regional and global innovation hub," he says. He also counts it as a positive step to mitigate risks associated with entrepreneurship. "Rule of law matters immensely -and risk and failure is a reality- in successful innovation societies. This step helps ameliorate unnecessary risk, and will help entrepreneurs to more easily dust themselves off and start again."

Sharing his views as an entrepreneur in the region, PayFort's Managing Director Omar Soudodi believes that the new law is good for the UAE economy and will "further expand the migration of entrepreneurs to the region to set up shop here." Explaining the practical impacts on running a business, he says, "Bankruptcy laws enable both companies and individuals to restructure their obligations, rather than abandoning them as well as allowing a fresh start and a second chance." PayFort's Soudodi also sees the law having an impact on the financial sector. "I think it will have an impact on financial institutions, while underwriting new loans and financial liabilities to both startups and traditional companies, thus creating an opportunity for fintech companies to build robust products for financial institutions to help them minimize their risks," he explains.

Faheem Gill, founder of UAE-based IoT startup dashroad, agrees with this. Gill believes that the law could open up additional modes of financing for SMEs. "Startups in the UAE generally don't consider debt financing, but depending on the new rules, convertible debt could be a viable option," he says. Bank finance has always been hard to come by for small businesses, with bankers being wary of lending to SMEs with the region's top banks often drawing attention to the large value of loans remaining unsettled because of small business owners skipping town. With formal laws around business defaults giving the time for entrepreneurs to restructure their finances, the bad debts situation for financial institutions may also see some relief. 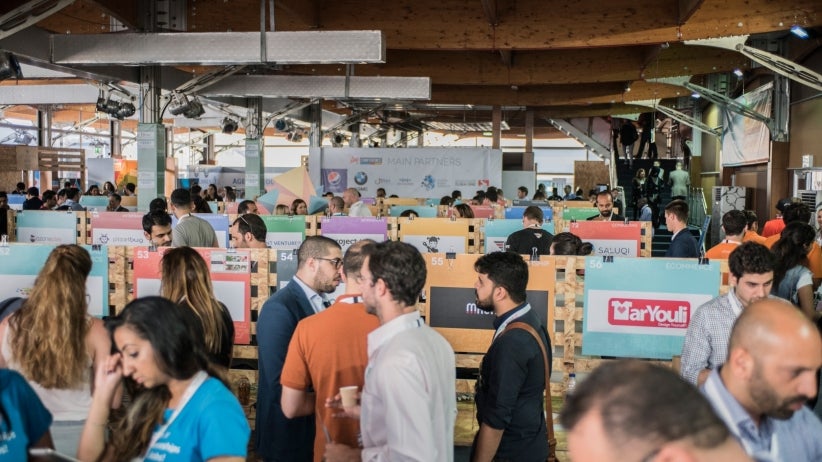 Compareitforme.com's CEO Jon Richards feels that the proposed law could be a win-win for both SMEs and banks. "It will hopefully put protections in place for the owners of larger SMEs, and it will mean that banks can more effectively collect repayments from businesses that might be struggling," he explains. This benefits startups contemplating to launch in the UAE too, he adds. "If banks can feel confident that they'll be able to recoup "bad' debts more easily, they might be more willing to offer finance to startups than they currently are."

But the bankruptcy law is not just paving the way for debt financing of startups. BECO Capital's Farha believes that it could support growth of the region's venture capital industry too. "One of the keys to long-term growth of venture capital in the US was the introduction of relaxed bankruptcy laws, and we have no doubts that this law will serve a similar impetus in driving further technology entrepreneurship in the UAE," he says. Like Farha, Richards also points out that the absence of a formal bankruptcy law hasn't stopped hundreds of successful businesses from already thriving here, and the new law would thus perhaps "just make the country even more attractive for firms that haven't yet set up here."

Joy Ajlouny, co-founder and creative director of logistics startup Fetchr, believes that one aspect Dubai lacks in its journey to become the "Silicon Valley of the Middle East" is the acceptance of failure, and the new law may address that. "As startups, we have so much pressure to succeed that the added pressure of not being able to file bankruptcy means [not knowing] what exactly that means, as far as fear of jail or fear of being thrown out of the country [is concerned]." She adds that startups can now breathe a little easier, knowing "it's ok to try and not succeed, because now you can try and try again."

Philip Bahoshy, founder, MAGNiTT (a platform connecting entrepreneurs with one another) expects the increased clarity around bankruptcy procedures to provide comfort to startup founders setting up ventures in the UAE. "I believe that the lack of transparency with regards to overall startup incorporation, legislation and operational legal framework has been a psychological concern for many founders in the region," he notes. Bahoshy draws focus to a key trait of entrepreneurs that this law will support- perseverance. He believes a clear law may help reduce the "pain of closing down businesses, while encouraging them [entrepreneurs] to try again."

Victor Kiriakos, MD, Flat6Labs Abu Dhabi, believes the law will also add to the attractiveness of the UAE market. "Today, winding down a company is a costly and complex process that create hurdles for good entrepreneur that want to unwind fast and start a new venture," he says. "Through our experience at Flat6Labs Abu Dhabi, we have seen a lot inflow of international startups and we hope that the new law will amplify our deal flow." He also conveyed his hopes that the provisions of the law "will be startup friendly, as it is sometimes not the case in other countries."

While it's still unclear about the depth to which this law will address the aspect of closing or restructuring one's business, and while limits set for being eligible for bankruptcy protection are not known, it is being seen as a step in the right direction to make UAE a welcome investment destination, and a hotbed for entrepreneurs from across the world to come, set up business and scale. As Evan Burfield, co-founder and CEO, 1776 (a US-based startup accelerator that is working with Dubai Future Foundation to bring global entrepreneurs to 1776's new Dubai campus) puts it, though the announcement will definitely help "create a more active and vibrant entrepreneurship community in the country... To ensure this is sustainable and for the startups to consider setting up permanently in the UAE, they will need reassurances that the environment they'll be operating in is business-friendly and risk-tolerant."

From his perspective as the Managing Director of Endeavor UAE, Noor Shawwa agreed with Burfield's viewpoint on the potential benefits of the proposed legislation. "Although we don't know the details of the new law, bankruptcy laws can have a stimulating effect on an economy," Shawwa says. "They can attract more businesses and allow entrepreneurs to be more aggressive. They can also give companies with cash problems a chance to restructure their financial situation while maintaining their operations, which gives them a better chance of surviving."