By Sindhu Hariharan December 12, 2016
Opinions expressed by Entrepreneur contributors are their own.
You're reading Entrepreneur Middle East, an international franchise of Entrepreneur Media.

One has often heard that experience, no matter how painful, comes with a blessing of some kind, and it’s up to us to find it. Pardon the zen talk, but that’s the first thing that comes to mind when one hears the entrepreneurship story of the Jordanian founder of Jamalon, Ala’ Alsallal. Back in 2007, Alsallal wanted to gift the people of his country, who couldn’t get their hands on Harry Potter and the Deathly Hallows, with a translated Arabic version of the eagerly anticipated book by J. K. Rowling. For this, he gathered a team of 50 persons to help him translate the book, and he then posted the book online. As downloads for his work crossed the one million mark, Alsallal received what is, perhaps, every Potter fan’s dream- a letter from Rowling herself.

But before you start gaping, you should know that the letter turned out to be from Rowling and her lawyers, and it was essentially a cease-and-desist lawsuit. Alsallal went ahead and complied with the legal notice, and though shaken and confused, he took home a valuable lesson from the entire ordeal: “That proved to me that if we can make high-quality Arabic content available, then there is a demand.” It was, as he calls it, a motivation to democratize literary content, and “enable readers in the region to acquire knowledge.”

A techie by qualification with a short corporate stint as an engineer, it was his passion to structure MENA’s fragmented publishing industry that led the Jordanian entrepreneur to launch an online bookstore Jamalon.com in 2010. Since then, Jamalon has had an explosive growth- the e-commerce portal now hosts over 9.5 million English titles, and half a million Arabic titles, and is run by a team of 70 persons with Jamalon’s distribution hubs located in Amman, Beirut, Dubai and London. Jamalon is keen to solve the problem that the region’s readers often face- not being able to buy a particular book they badly want to read, more so if it happens to be in the regional language. Currently, 80% of the e-commerce company’s sales comprise of Arabic titles. 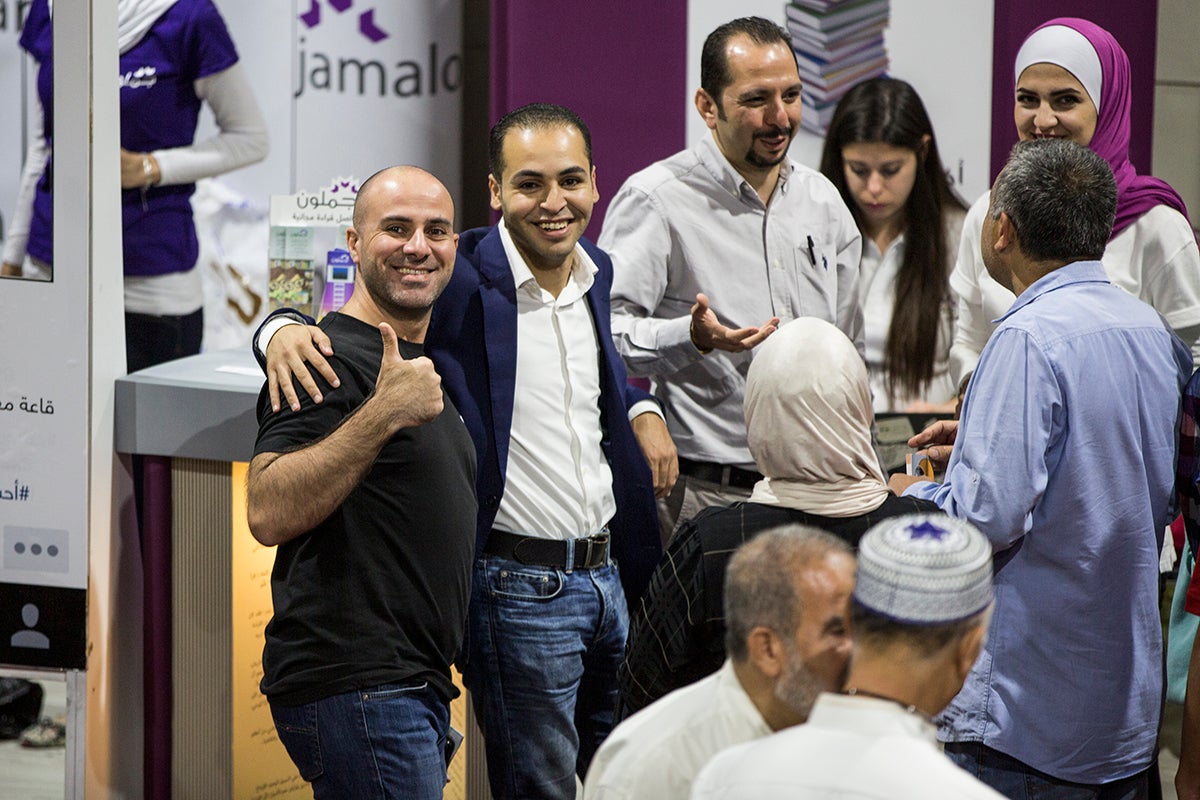 Besides ensuring that Jamalon is on top of its game, empowering the region’s publishers, SME’s and authors, is also a priority that Alsallal holds close. As a step towards this objective, Jamalon launched a Publish-on-Demand (POD) service earlier this year. “This [POD service] has been the most innovative solution for publishing industry in MENA,” says Alsallal. “It enables publishers to bring their out-of-stock titles back in-stock (as we can produce as low as one copy of a book), it enables new publishers to start businesses easily as they don’t need to have a warehouse or invest up-front in printing books,” he adds. “They can produce their books on demand, it enables new authors to test the market and do self-publishing (anyone today can become a publisher through our platform).” He explains that the service also enables global publishers to offer their books in MENA “without having to ship them from Europe or the US. They just add their books to our system and then it becomes available in MENA- this way we save shipping fees which helps to decrease the books costs in the region.”

At a time when e-commerce is being spearheaded across the MENA region, in terms of publishing, Alsallal believes that digital still doesn’t come close to the demand that continues to exist for printed books. “Records show that print sales had a 5% growth last year, and e-books had a 3% decline in sales last year,” he points out. But Alsallal is optimistic about the future, indicated by the fact that Jamalon plans to launch an e-books platform by the first quarter of 2017. At the same time, even as the company expands, Alsallal also hopes to redress the imbalance he observes in Arabic book publishing. “Until today, the Arabic nations have produced over 1 million Arabic language books, yet only 300,000 are available to purchase in the Arab world, a problem that is currently being solved by Jamalon POD,” he notes. This is one of the reasons why, in the medium-term, Jamalon is also looking to explore partnerships with printing facilities outside the region, and is also working to launch a new fulfillment hub in Egypt.

With such glowing endorsements to boast of, it would not be a stretch to say that Alsallal and his startup Jamalon are both great examples for today’s entrepreneurs in the Arab world (and world over), on how to take up a real problem and relentlessly work towards solving it. Though Jordan and larger MENA have seen numerous transformations since the time he was setting up Jamalon, Alsallal believes that the region’s e-commerce ventures are still nowhere close to finding solutions for challenges on fundraising, logistics, and cash culture. Having said that, for someone who considers fundraising as the region’s biggest challenge for entrepreneurs, it must be noted that Alsallal has yet managed to raise around US$7.5 million in total funding till date for Jamalon, from investors that include Wamda Capital, Aramex, 500Startups, ArzanVC, Oasis500 and others. 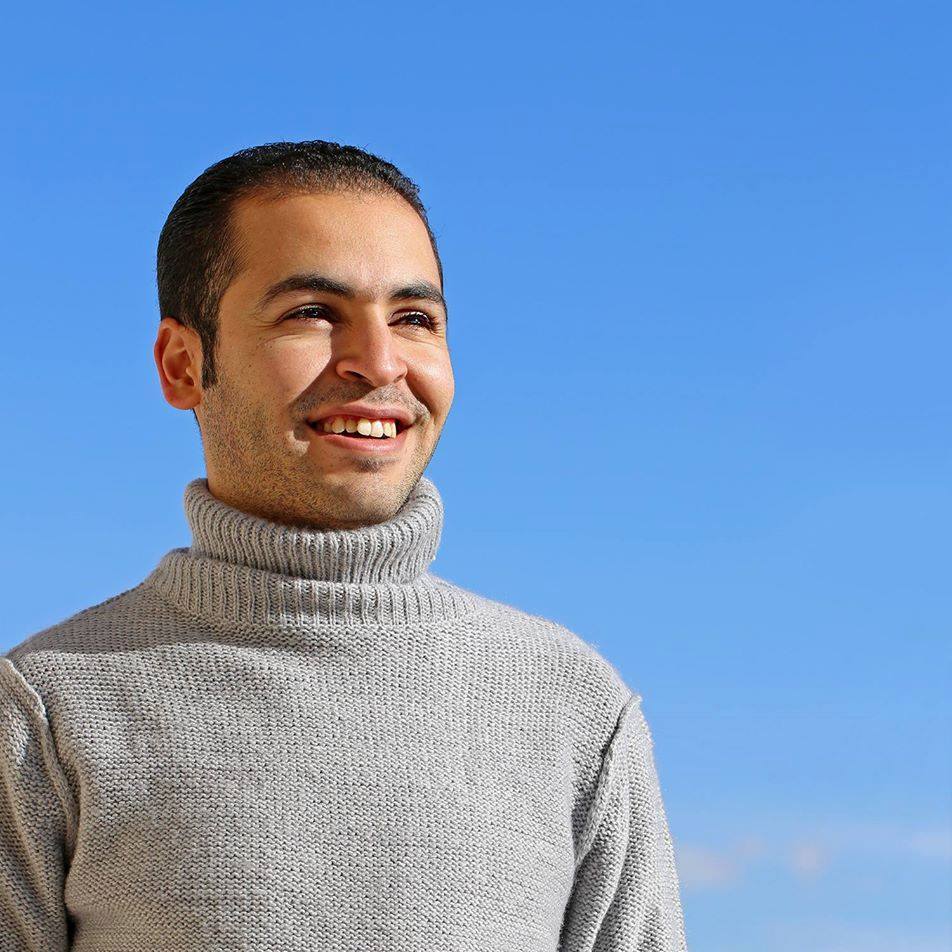 Ala' Alsallal, founder and CEO, Jamalon.Image credit: Jamalon.
For those entrepreneurs eyeing the e-commerce space, this valuable pointer offered by Alsallal would be of great help. “Entrepreneurs need to focus on revolutionizing specific niche verticals in e-commerce, as it is too late for now to launch a marketplace in MENA, given the existence of major players such as Souq.com,” he notes. “While there is still space for lots of specialized verticals where entrepreneurs can work on the whole supply-chain for a specific niche, similar to what we do at Jamalon; e-commerce is just one part of what we do to the industry.” As Jamalon kickstarts work on setting up what it calls the “Middle East’s largest book warehouse” in the UAE with a capacity of over 250,000 titles, Alsallal says it will offer fulfillment services for all publishers as well as offer a live stock feed update for Jamalon.com to guarantee “the fastest book delivery solution in the region.”

As for the road ahead, Alsallal is clear that Jamalon’s growth will be spearheaded through their print on-demand strategy. “By setting up printing facilities in our key markets and connecting them to our POD system [we will be able to] kill the logistics cost between countries, and this will further reduce the cost of buying a book and will democratize logistics for our platform.” A factor that has helped the company scale its operations is a partnership with the region’s logistics giant Aramex, whereby Jamalon’s systems are integrated with those of Aramex to ensure a smooth transaction. “We can scale and expand our logistics through them whenever we need,” Alsallal says.

Fadi Ghandour with the Jamalon team.Image credit: Jamalon.
Interestingly, Jamalon’s association with Aramex goes beyond being a business partnership- there are other links that bind the companies as well. For one, Aramex invested in Jamalon last year, when the company raised a Series A funding round. As Alsallal explains the other connection, I realize it is less to do with business and is perhaps more personal and closer to his heart. Aramex founder Fadi Ghandour has been Alsallal’s mentor for a decade now, even before the entrepreneur launched Jamalon. “I come from a marginalized community in Jordan, where we used to think that we can’t change our reality,” he remembers. “He [Ghandour] gave me and lots of students the hope that we can [change our reality] through Ruwwad, a local community that he runs in Jordan, which I joined in 2006.”

Ghandour, for his part, has made no secret of his appreciation for the Jamalon founder- Alsallal’s LinkedIn profile features a September 2011 recommendation from Ghandour saying: “Ala’ is one of the most persistent, and creative young entrepreneurs I know. He knows his business well, he works extremely hard and has built an impressive network of friends in his field. He is going places!” And by the looks of how Jamalon is positioned in the market today, Alsallal certainly seems to be fulfilling Ghandour’s prediction- and is geared for more success as well. Here’s hoping.

“We like to be called knowledge providers, as we have a great passion to break the barriers in front of knowledge exchange between individuals globally. We love Amazon, and we are following their steps with a localization taste to structure the publishing industry in our region, and hopefully in future we expand to more categories to become the Amazon of the Arab World. Jamalon is an Arabic word that means ‘The Top of the Pyramid,’ and we aim to stay at the top in everything we do.” 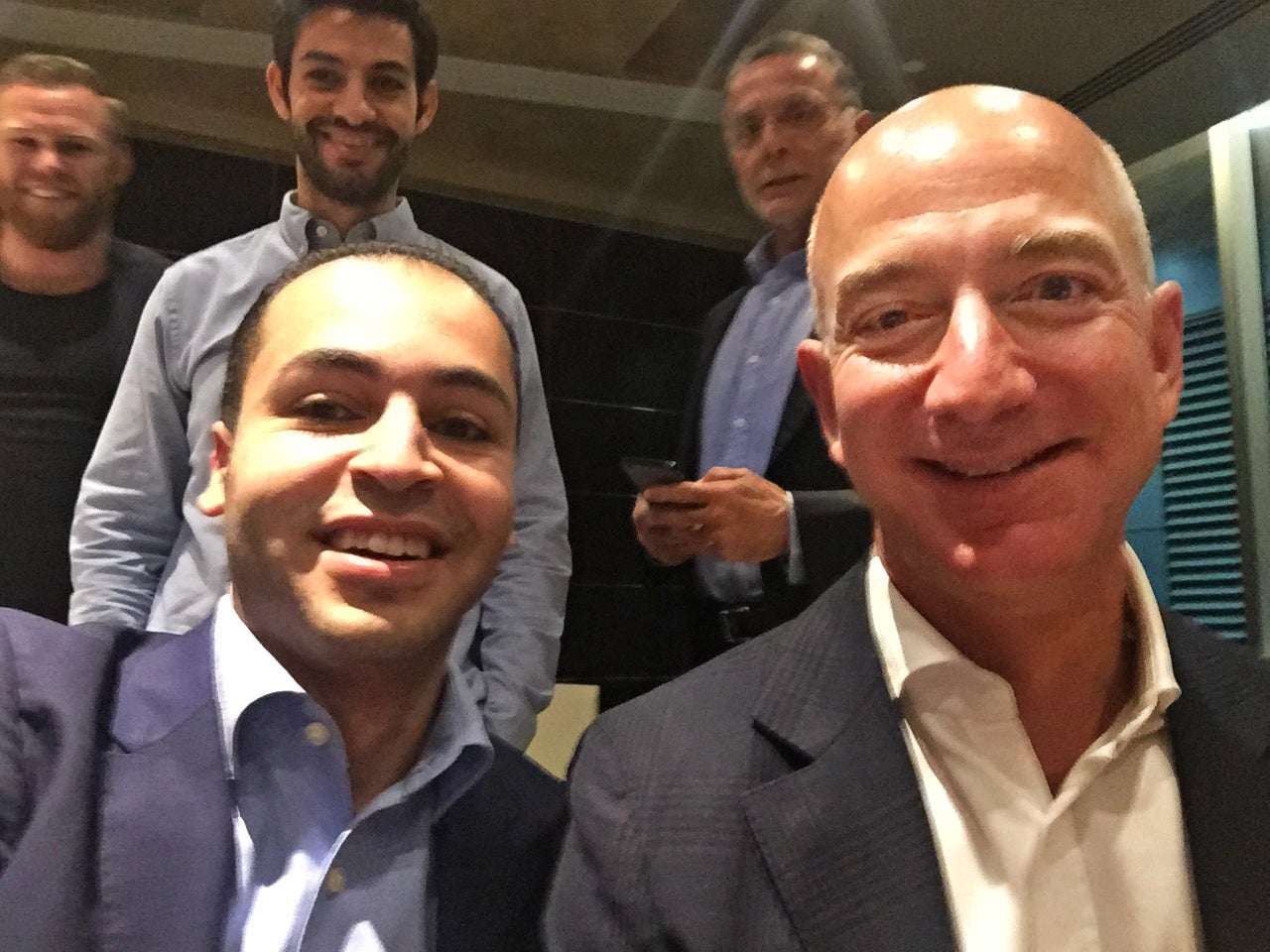 "Jordan is full of affordable resources that can empower any venture whether you are starting up or scaling up. We keep our back-end operations and support in Jordan, which helps us to cut costs and enable us to capitalize on our investments while penetrating other countries. The major gap is with funding and with the supporting ecosystem. We would love it if our government in Jordan behaves as a startup.”

“[First], start in Jordan (or a similar country) where you can run your company with an affordable cost to prove your model and attract funding. [Second], scale in a country where you have a supporting ecosystem (like the UAE). [Third], build a team culture from the beginning and make sure to hire people who believe in your vision, so they become partners along the way. [Lastly], join Endeavor.org, a global NGO that empowers entrepreneurs in emerging markets to scale.”

Related: Hope, Optimism and Resiliency: The Three Most Powerful Leadership Tools You Can Have As An Entrepreneur