The Nuance of Hiring Your Co-founder Via Job Advertorials

While going solo isn’t bad, having a co-founder merely helps an entrepreneur share the joys and pains of his journey with another soul. Today we are living in an age where solo entrepreneurs are putting up advertorials for their co-founders on LinkedIn and other job portals.

While doing this manages to grab eyeballs and manages to attract talented folks into the business, it might fail to develop a personal connect with the person coming onboard.

Entrepreneur India asked some of our entrepreneurs as to what were the chances of them striking a rapport with someone hired by an agency or via a portal. Some of the answers may surprise you! 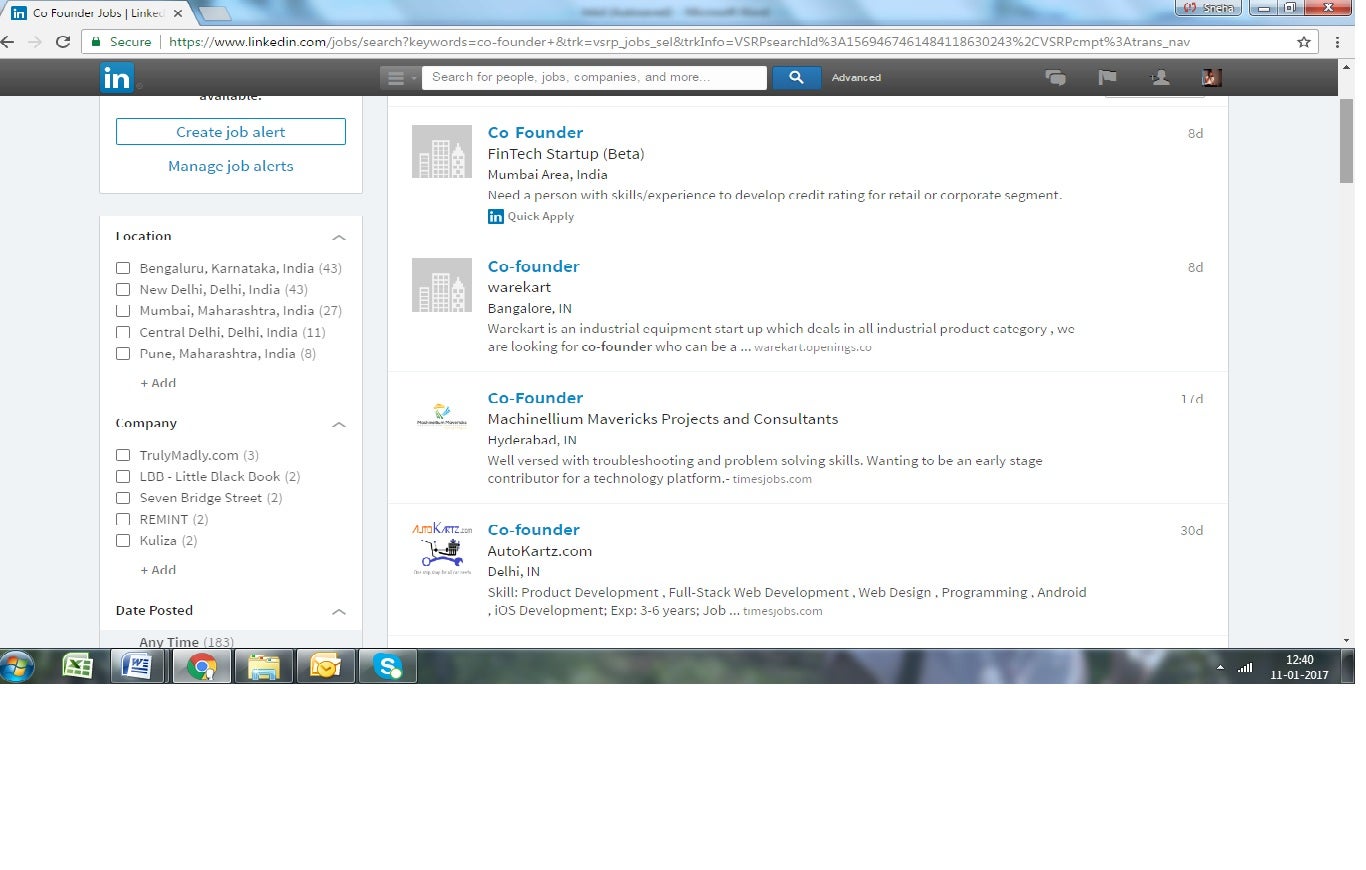 You gotta date before you arrive

Sachin Shenoy, Cofounder & CEO LetsService says, "I feel finding a co-founder is hard to achieve through ads. It’s not only technical skill sets that need to be found. I have to work with my co-founder day in and day out and the chemistry has to be bang on. That’s why they say finding a co-founder and an investor is like marriage. You gotta date before you arrive! So I feel meet-ups can be a good way to find prospects and working with them closely over a period of time can give you the confidence of turning that into a co-founder relationship. This is why you see a lot of friends/colleagues/classmates co-founding companies as they know the strengths and weaknesses of each other and disagreements don’t often lead to breakups!

A co-founder must not join with an employee mindset

According to Gaurav Goel, Co-founder, TopRankers“...interaction to choose a co-founder must be seen over a coffee rather than seated in an interview session. Recently, there has been a noticeable trend of posting advertisements for hiring co-founders for start-ups via social platforms. I do not outright adjudicate it as a non-constructive approach as it only broadens the horizon of choosing the appropriate one and helps to pick an eye-catching profile among various skillful profiles. Conversely, the off-putting part is that the person chosen must not join the position of co-founder with the mindset of an employee otherwise; the entire process becomes a superfluous.”

It's important to have similar ideology

Srividya Kannan , Founder, Director – Avaali Solutions said, "No, it is wishful thinking to find a co-founder via this route. Having a co-founder is much more than just competency – it is also important to have a similar ideology and perspective not only about the business, but more fundamentally around one’s principles and value systems eventually leading to compatibility. These cannot be evaluated and ascertained fully in a few meetings – it takes a few years of knowing each other to be able to do that."

It's all about finding the right collaboration

Vinay Sethia, Co-founder of AirFreightBazaar said, “It’s not about ‘hiring’ a co-founder, it is about finding the right kind of collaboration to help enrich your brainchild into reality. For any start-up, the founders are not just professionally attached, but the connection has more to do with the rational and intellectual harmony between them. While job ads undoubted might fetch you the best qualified person to suit your business needs and fill up the space of your co-founder, I would rather highly keep my reservation in the psychological parameters with the other person in treating the business from a common interest stand-point.”

While most entrepreneurs today believe in the psychological connect rather than the advertorial fit,  job ads on various  portals show their dire need to hire a good fit. The number of increasing advertorials for co-founders also signals a strong sense of practicality that has crept into the system. Many believe it's also the need for complementary skills that compels entrepreneurs to post these ads. LinkedIn is one of the key portals today which features many of these ads.