By Pamella de Leon January 23, 2017
Opinions expressed by Entrepreneur contributors are their own.
You're reading Entrepreneur Middle East, an international franchise of Entrepreneur Media.

When it comes to commercial farming in the MENA region, the months of hot weather here often pose a challenge to commercial farmers wanting to set up shop here. A remedy to this problem is the concept of hydroponic farming, which grows plants without artificial elements in soil-less or aquatic-based environments, using only mineral nutrient solutions, which means crops are no longer reliant on climate or season.

Pure Harvest founder and CEO Sky Kurtz and his team are now aiming to bring this farming model to the Middle East, starting with the UAE. Kurtz is joined by co-founder, local partner and Director Mahmoud Adi, with both having extensive experience as private equity and venture capital investment professionals in New York, Silicon Valley and Abu Dhabi. Seeing as what Kurtz asserts as the “regional vulnerabilities” with water scarcity and dependence on food import from other countries is what imbued the team to launch Pure Harvest. They recognized an opportunity to leverage commercially proven controlled environment agriculture (CEA) tech for the GCC, and were driven to pioneer a resource to “overcome local climate challenges (specifically, heat and humidity during the summer months) to deliver European- standard fresh produce to customers.”

The Pure Harvest team has an ambitious goal: “We are striving to transform the agriculture sector in the region, resulting in increased availability and affordability of high-quality fresh produce, while delivering a tangible food and water security solution and environmental sustainability, [such as] reduced food waste, water consumption, carbon emissions via both commercial airfreight and desalination, etc.” 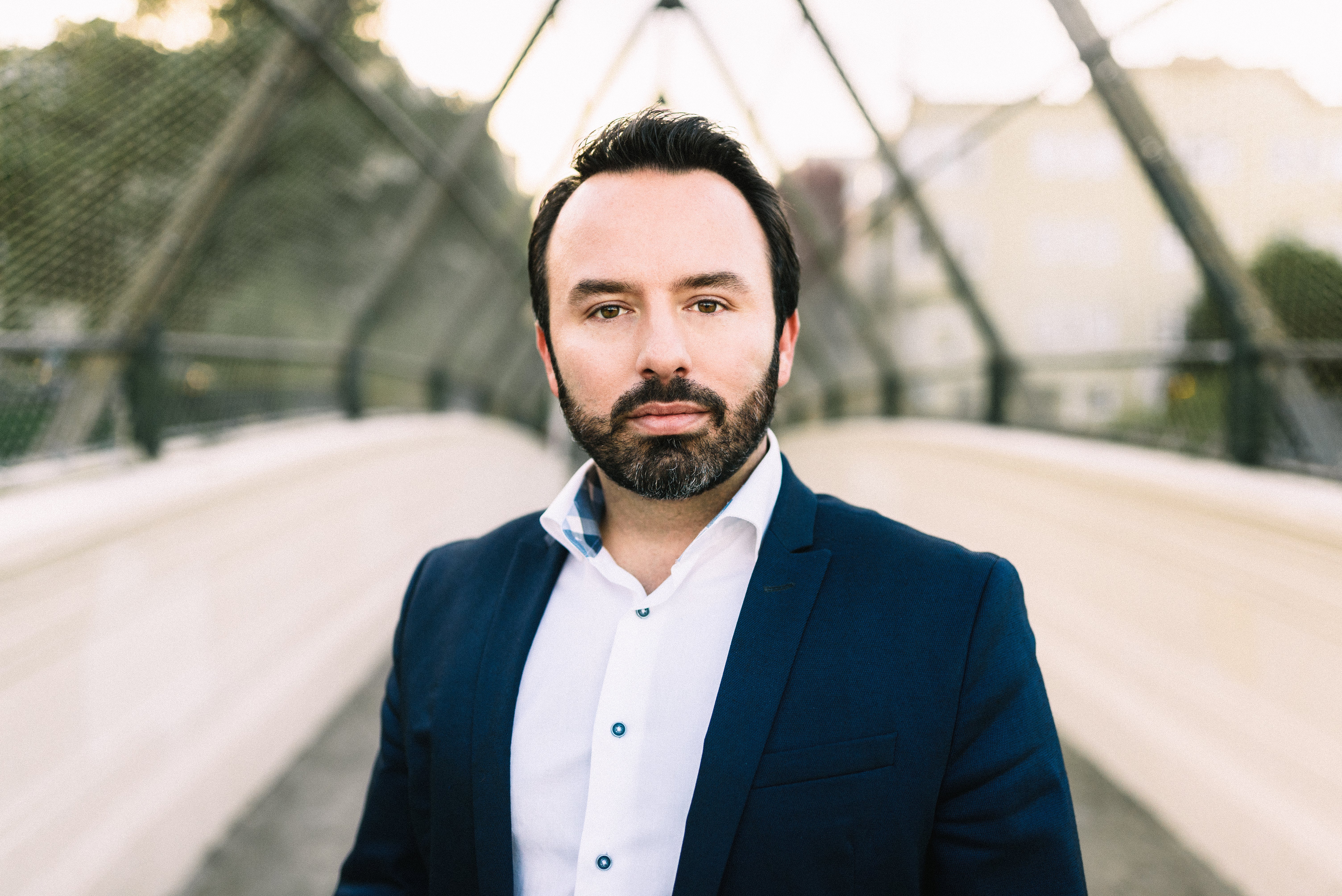 Quite a target- and what do people think? Kurtz says feedback is both excitement and disbelief. While it took a bit of convincing to customers that the concept will work and that it’s been done successfully in similar warm regions including Arizona, Texas, Mexico, Australia and the south of France, they also feel that people are rooting for them. There is an excitement of having a large-scale social impact in the region, possibly resulting to availability and affordability of healthy food, food security, water conservation and environmental impact, among others. To its credit, this support and belief on the startup’s capability can be seen in its recent pre-seed angel investment round of US$1.1 million from Abu Dhabi-based Shorooq Investments.

It comes at an opportune time- they started to seek funding as they have secured customers and an interim grower/COO, and completed their feasibility study. Using their investment background and acumen, Kurtz and Adi delivered everything from studies on the tech, climate, value chain, cost structure, resource consumption, to landed cost of imports, scalability, etc.- anything that they themselves would want to know to invest in a startup. “We wouldn’t spend a dime of our investors’ money if we wouldn’t invest our own. We have ‘put our money where our mouth is,’ having invested over $1 million at a very early stage, which we hope will provide comfort to our investors.”

Taking around three months to close their pre-seed funding, the capital has been used to acquire a 3.3 hectare farm site in Nahel, UAE, as well as to fund startup costs, including an engineering and feasibility study, a hydrogeology study, legal and structuring costs, and other general corporate costs. Kurtz indicates that the startup is now “shovel ready” and raising money for a seed round to begin with a “semi-closed, overpressure greenhouse growing system with full climate control and a hybrid evaporative and mechanical cooling system,” kicking off year-round production that they aim to be of affordable, premium quality fresh produce for the region. Their production timeline begins this summer with a “small-scale pilot facility” on their farm in Nahel, contracting with and directly delivering to major hypermarkets, hotel groups and catering companies- which Kurtz hopes would also include the military, as “food security (year-round local supply) is critical for the country’s soldiers.”

As for its financial model, since their business model is selling directly to retailers and airliners, a partnership with hospitality distributors is a possibility. Running such a business would require high operational costs- especially during the summer, wherein vast energy would be consumed to manage the climate in the greenhouse. However, Kurtz reiterates that energy costs in the UAE are “globally competitive and we are not disadvantaged versus competing import geographies, including Holland, France, Spain, etc.”

That said, Kurtz notes that in the future, they plan to invest in improvements to reduce operating costs to include CO2 sequestration, injection for plant fertilization and utilizing concentrated solar power. As for the hurdles they’ve faced, besides expected factors with costs and acquiring a farm suitable to their needs, Kurtz notes that their real challenge was identifying a scalable structure to enable international capital to support investment in an onshore tech-enabled farming company. It’s proprietary, and he commends their advisor and legal counsel Anil Mehta (who also advises Careem) for building up the same.

Competition- wise, Kurtz is confident on Pure Harvest’s USP. He says that with their climate-controlled environment, cultivating various fruits and vegetables that would not be grown profitably in the region with lower-tech is what will set them apart in the market- for instance, they will be able to grow sweeter (higher brix content) varieties of tomatoes, which others can’t produce due to sensitivity to heat and humidity. Being able to produce crops without pesticides and pre-packaging their own produce is also a part of their branding. Using advanced growing techniques such as inter-planting, they expect their facility to turn into a “precision agriculture food factory” to guarantee production for the year and serve more customers.

Pure Harvest has a lot in store- they want to include other hydroponic technologies such as vertical farming and freight height farming solutions, which will broaden their offerings to also lettuces, leafy greens and herbs, and thus increase their production portfolio. In fact, discussions with tech partners to move this forward have already begun, and Kurtz remarks that we can expect to see these within a year from production of its first facility. Expansion to GCC countries is next: “We believe that produce grown in controlled environments will be a key part of the sustainable food chain of the future, requiring less land, water, energy and time for transportation than traditional agriculture. We hope to lead the way in the Middle East.”

With hydroponic farming at the core of your business, what’s your advice on pitching to investors, especially on relatively nascent concepts?

“Do your homework and sell a thesis that you fully believe. Do everything you can to validate that your idea meets a real need- product-market fit exists, but will also generate an attractive return on invested capital for the investor.

Focus on 5M’s – market, management, model (business model), money (unit economics, scalability, funding needs, etc.), and milestones (what are you going to do with the investors’ money and how should the investor measure success?).

Mind the gaps- you don’t know everything, you couldn’t possibly. Work to understand your blind spots and fill those gaps with teammates, advisors, consultants, etc. to ensure you have the resources needed to meet your objectives.”

Challenge for entrepreneurs in MENA

“There remains a funding gap in the MENA startup scene, particularly for raises above $500,000 and below $10 million. There’s a lack of access to true seed and Series A capital in favorable terms (example use of SAFE or convertible note), and a lack of support from banks for SMEs.”

Advice to entrepreneurs starting a business

“Do it. It’s an exciting experience, and there is a lot of opportunity out there, plus resources to support you. Don’t do it alone- find partners/ co-founders that share your vision and work together to make it happen.”