More than 100 UAE-based women entrepreneurs on Saturday took part in the Dubai edition of the Vital Voices Global Mentoring Walk, an annual event that is held in more than 60 countries around the world to mark International Women’s Day.

Organized by Mompreneurs Middle East, a B2B platform helping GCC-based female entrepreneurs to promote and grow their businesses, the event, which was being held for the second time in Dubai, took place at the Dubai Polo and Equestrian Club, Arabian Ranches. It was organized in cooperation with Vital Voices Global Leadership Network (GLN), a US-based NGO that trains emerging women leaders and social entrepreneurs around the globe. The event, which was sponsored by Virgin Megastore, Microsoft, Barilla, Neutrogena, Sublime, and Castellet, was also attended by students from Middlesex University and Hult Business School.

Following a welcome note by the event’s organizer, Mona Tavassoli, founder of Mompreneurs Middle East, and a Q&A session with Donna Benton, founder of The Entertainer, the participants walked around the polo field to facilitate the development of mentor-mentee relationships among the attendees, with each round taking about 20 minutes to complete. After the first round, the mentors and mentees were allowed to continue walking together, or carry on their discussion at the tables in the networking area. Commenting on the event’s significance, Tavassoli said, “The Global Mentoring Walk initiative has some real, tangible results for the ladies who take part… We had one participant last year pivot her business idea based on the conversation she had with her mentor.”

Related: The Role of Mentorship In Achieving Economic Growth For The MENA Region 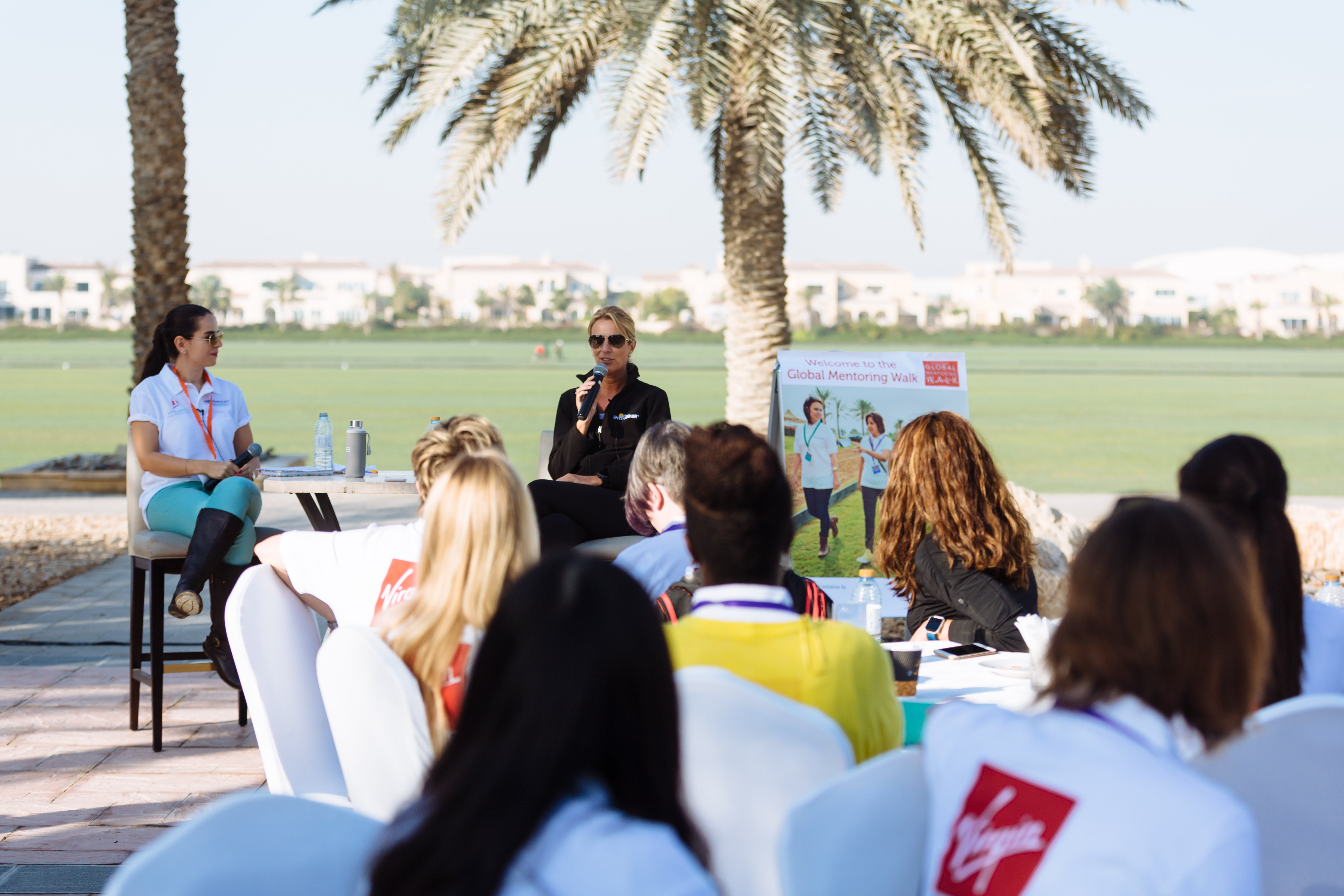 While such events allow for the initiation of mentor-mentee relationships, Tavassoli noted that achieving a congruent alignment is a persistent challenge. “Both members of this relationship need to know why they are doing it,” she says. “If that alignment isn't in place, the relationship falls apart. During an entrepreneurship course I was participating in a while ago, I was assigned to a mentor who was very knowledgeable and experienced, and who genuinely wanted to help me succeed in my project, but who wasn't able to dedicate the time required to make sure that I got the insight I needed. And, in another instance, I was very excited about the opportunity to be mentored by a lady, who I believed would be able to give me a lot of insight, but, unfortunately, she felt that I would be a competitor to her business and wasn't comfortable taking me on as a mentor.”

“That is the reason why we decided to bring the Global Mentoring Walk to Dubai,” Tavassoli said. “We wanted to make it possible for women to spend a little bit of time conversing with leaders in their fields and getting a feel for what mentorship is really about.”

One of the participants, Tehzeeb Ahmed, Managing Partner of Buzzy Bee Communications, a Dubai-based startup- and SME- focused PR agency, explains that entrepreneurs face a challenge of not being able to “work on their business,” due to being busy “working in their business.” “When a mentor has committed to being able to provide the time to meet despite their own hectic schedule, and a mentee is not able to commit to the times agreed, that can lead to demotivation from a mentor, or the feeling that their time is best invested with entrepreneurs who are truly seeking advice and have the time to put towards growth,” she said. “The same applies to mentors.”

One possible solution to this problem, Ahmed says, is setting expectations at the beginning of a mentor-mentee relationship regarding time commitments and cancelations. “In my Accountability Group with EO Accelerator, we pay AED50 as a small penalty to our mentor if we are late. We are also allowed a total of three cancelations through our term and that is it. Expectations in the form of a decorum document are sent out and signed at the beginning of each year.” 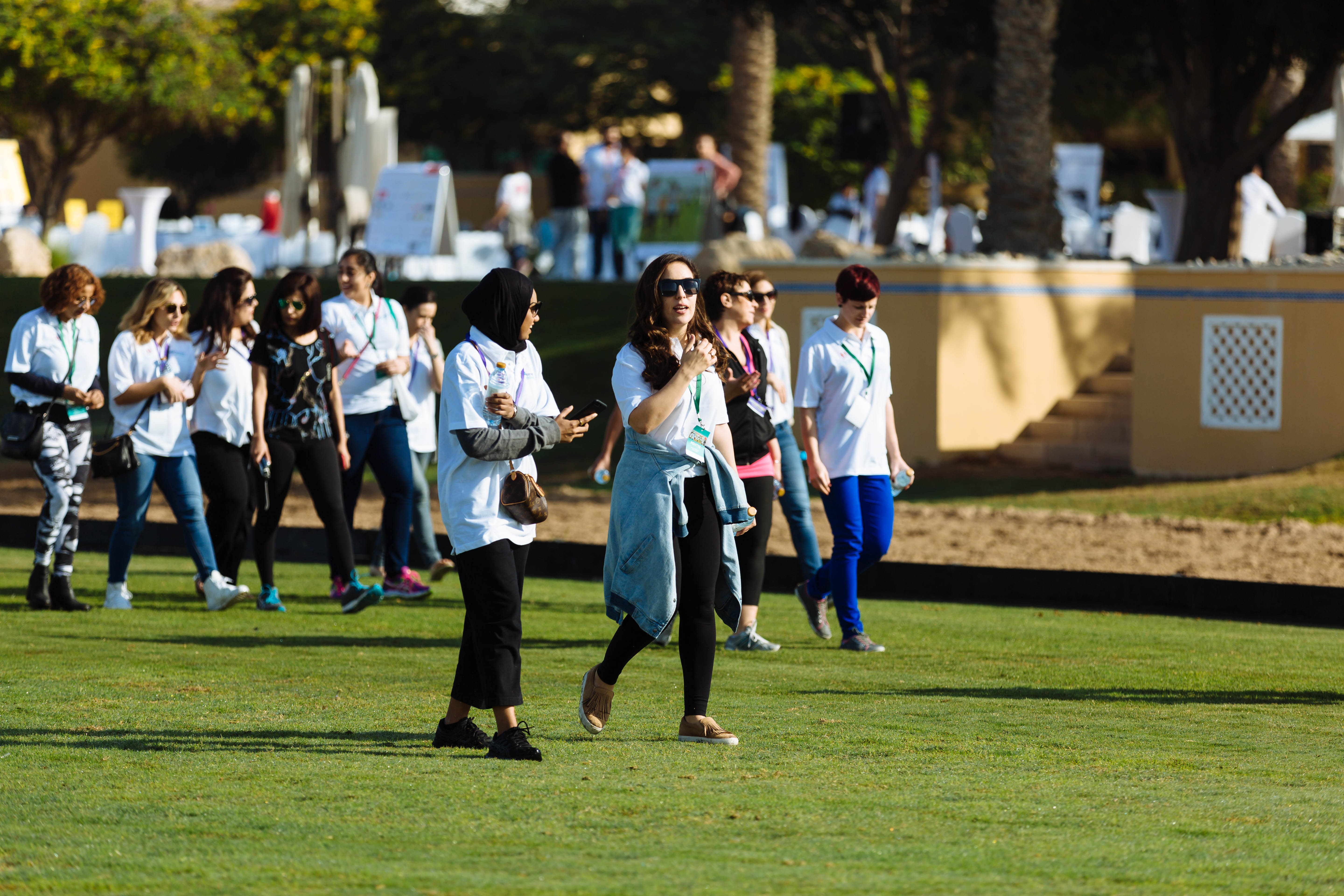 Serving as a mentor, Carol Talbot, a Dubai-based NLP (neuro linguistic programming) master trainer and expert, adds that mentees need to be clear on what specifically they want to achieve. "It is the advice, support and guidance and not your mentor doing everything for you," she says.

"When I was first starting out in the field of NLP, I chose two mentors who both worked in the same field but in different ways. One of my mentors had more experience in the business arena while the other focused on public programs. Twelve years ago, my company had not ventured into the arena of public programs, so his guidance, experience, expertise and willingness to share shifted our business model enormously."

The Global Mentoring Walk initiative was launched in 2008 to empower young women professionals in the United States, but has since expanded to 130 mentoring walks taking place in more than 60 countries worldwide and attracting more than 17,000 women.

Last year, Mompreneurs Middle East organized the first Mentoring Walk in Dubai in partnership with Reach Mentoring and the Dubai Business Women Council, with 70 mentors and mentees in attendance.