Going Deep On Food Tech: A Look At Digital Disruption In The Food Industry

By Ian Ohan July 12, 2017
Opinions expressed by Entrepreneur contributors are their own.
You're reading Entrepreneur Middle East, an international franchise of Entrepreneur Media.

The food service industry is one of the largest industries in the world and, in my view, one of the least prepared in terms of embracing technology. It left its doors wide open, ripe for disruption. It is in good company– payments, airlines, hotels, retailers also failed to see it, perhaps choosing not to see the quantum shifts in the way the world works, fundamental paradigm shifts, which in hindsight, are obvious to those who cared to look. The ground shook beneath our feet, and many missed it.

Consumers have always, and still want, the same thing- they want great food and great service, but there’s a new sheriff in town: convenience, and their deputy is choice and speed. People are time poor. Increasing urbanization, social media and connectivity and access have given the consumer not only a seat at the table, but they now really know they are the ones paying the check. The consumer is in control, but wants more. Enter the disruptor, hearing the demands of today’s consumer and answering with vigor– hello food technology, hello convenience, hello choice. In business, we say that the customer is always right, which has never been truer than today.

Ten years ago, technology answered– it allowed people to order online and also gave them choice. Enter the food aggregators. They charge merchants between 5% and 10% for each transaction –yes, the industry and the consumers like this. For the industry, it’s easy money, free marketing and it doesn’t have to worry about scary technology– thank you, technology. For consumers, they get choice and convenience. Investment pours into the sector, tech companies that are worth billions are born– it’s a win-win, right?

But more recently, it seems that people really like delivery, which makes sense. The pizza industry as an example, has been doing this for years– but maybe people want something different than pizza once in a while. There is the realization that delivery is important to consumers and the tech sector responds with third-party delivery. This presents a challenge as the logistics behind delivery can be difficult. Companies like Postmates started cropping up in the US, then Deliveroo, and the more recent contender, Uber Eats and Amazon Prime. 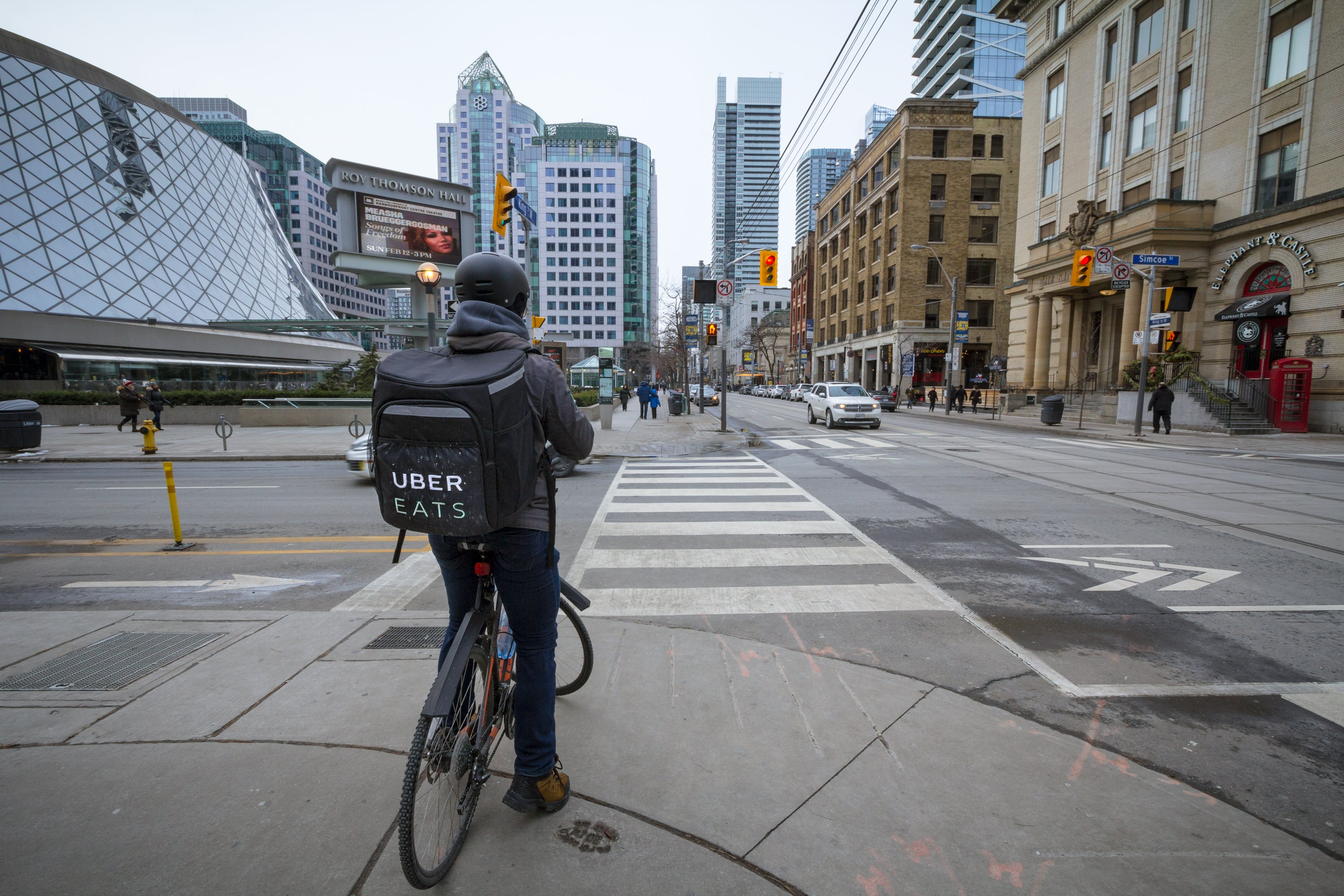 So, we now have a landslide of consumers taking advantage of all of this new convenience and choice. It is irreversible and will only continue to grow. In the UK, for example, nearly half of all Brits have had a food delivery in the past year. Most food service sectors globally are operating at an online order/delivery rate of low to mid-single digits leaving lots of headroom. Restaurants of all kinds must now reconsider their offering, consumers want to order online and they want delivery. It is important to remember that online orders do not generally represent market growth, rather a reallocation in what and how people are eating– quite plainly, people are not eating more.

Unprepared merchants feel they have no choice but to use these services– but is this good for them? The answer is somewhat of a mixed bag, and the jury is still out. On the plus side, restaurants that do not have access to online delivery get what the tech companies sell to merchants as “incremental business”– business that you would not have gotten otherwise. As it is an extra, businesses need to be prepared to pay third parties between 20% to 30% of the order as a commission for the delivery. So, on an order of say AED100, the delivery company takes between AED25 to 30 from the merchant and another AED7 from the consumer.

The other issue with the notion of incremental business is that it assumes that an online order is “new” business to the system, i.e. business that did not come from somewhere else. If this were the case, merchants who are using these services should be reporting overall increases in revenues. I don’t know of any merchants in the UAE who are saying this. This means that restauranteurs are really experiencing the macro shift of consumers online, but are paying handsomely for it– getting the same or less business that they were before but paying 20% to 30% of the revenue to others.

In terms of data, what I find interesting is that if a merchant never collected data from its customers, then it doesn’t see the value of the data that the food tech companies are collecting on its behalf– I view this as being a loss. This means merchants are becoming increasingly disconnected from their customers. Consumers are being aggregated and spread over tech platforms. The data grab is exacerbated by intensifying competition between, aggressive and well-funded food aggregators and third-party delivery companies. Remember, they are competing amongst themselves for merchants and customers– the proverbial chicken and egg.

The customer is the prize, the merchants are the pawns, or put in a more pedestrian way, the bait. This is a fundamental misalignment of interests. Google any restaurant in Dubai and see which food tech company’s banner ad comes up before the merchant’s own site. To attract more customers on their platform, food aggregators will pressure merchants to offer discounts or lose business to their competitors who are also offering discounts on the platform– a sort of gladiator type arena where merchants are pitted against each other to sway business in benefit of the aggregator. Another tactic is visibility and retargeting services– allowing merchants to pay to retarget customers who patronize other merchants on their platform. In a downward and sluggish economy, this creates a kill box for weak merchants, that could either be seen as a service or a detriment to the industry– discount or (and) die.

Third-party delivery is facing increasing regulatory headwinds in mature markets. The UK very recently ruled that food tech companies cannot classify delivery drivers as third-party contractors, making it mandatory for them to pay additional required compensation and benefits. One prominent third-party delivery company recently shifted to a piecemeal payment scheme, which was met with widespread protest from many of its driving force. The first response was to increase fees to the consumer, and shortly after, the company raised its global merchant fees by a third.

Third-party insurance for drivers and corporate tax are also of concern to these players as jurisdictions began to catch up with the regulatory environment for this fast-moving industry. Third-party delivery is doubling down– moving into the real estate game. In a bold move, they are racing to establish multi-kitchen delivery facilities around the world, inviting multiple merchants and operating as a delivery hub. This is an innovative business model with many merits, however, it is interesting to consider why a tech company is exposing itself to the world of bricks and mortar, the very antithesis of its focused digital and asset-light strategy.

One suggestion is that they are taking on real estate and the associated liabilities in a bid to stay ahead of their competitors and grasp at one more rung of the restaurant value chain. What is concerning is that they are likely doing this because they feel they must to protect their business model, margins and competitive positioning. It is perhaps logical that the next step would be to start to invest in the businesses of food and beverage tenants– in effect, become the merchants themselves.

So, what’s next? It is informative to look at other industries that are in more advanced phases of digital disruption. In the hotel and travel sector, it has always been a love-hate relationship between the global distribution systems and the hotel and travel companies. Very recently, Hyatt Hotels have threatened to unilaterally pull out from Expedia’s platform if they don’t reconsider their fee rate increase. It is important to remember that if you own the platform, you set all the rules and the pricing (and everything else) is pretty much at your discretion.

The credit card companies know this very well– their real asset is their hi-speed and far reaching networks that connect payment stakeholders all over the world and there are only two of them. Amazon just acquired Whole Foods in perhaps one of the boldest moves to bricks and mortar, and arguably signals its comfort with reversing into the value chain of its merchant clients. It already produces goods that it markets on its own platform. Share prices of other grocers plummeted on the news. 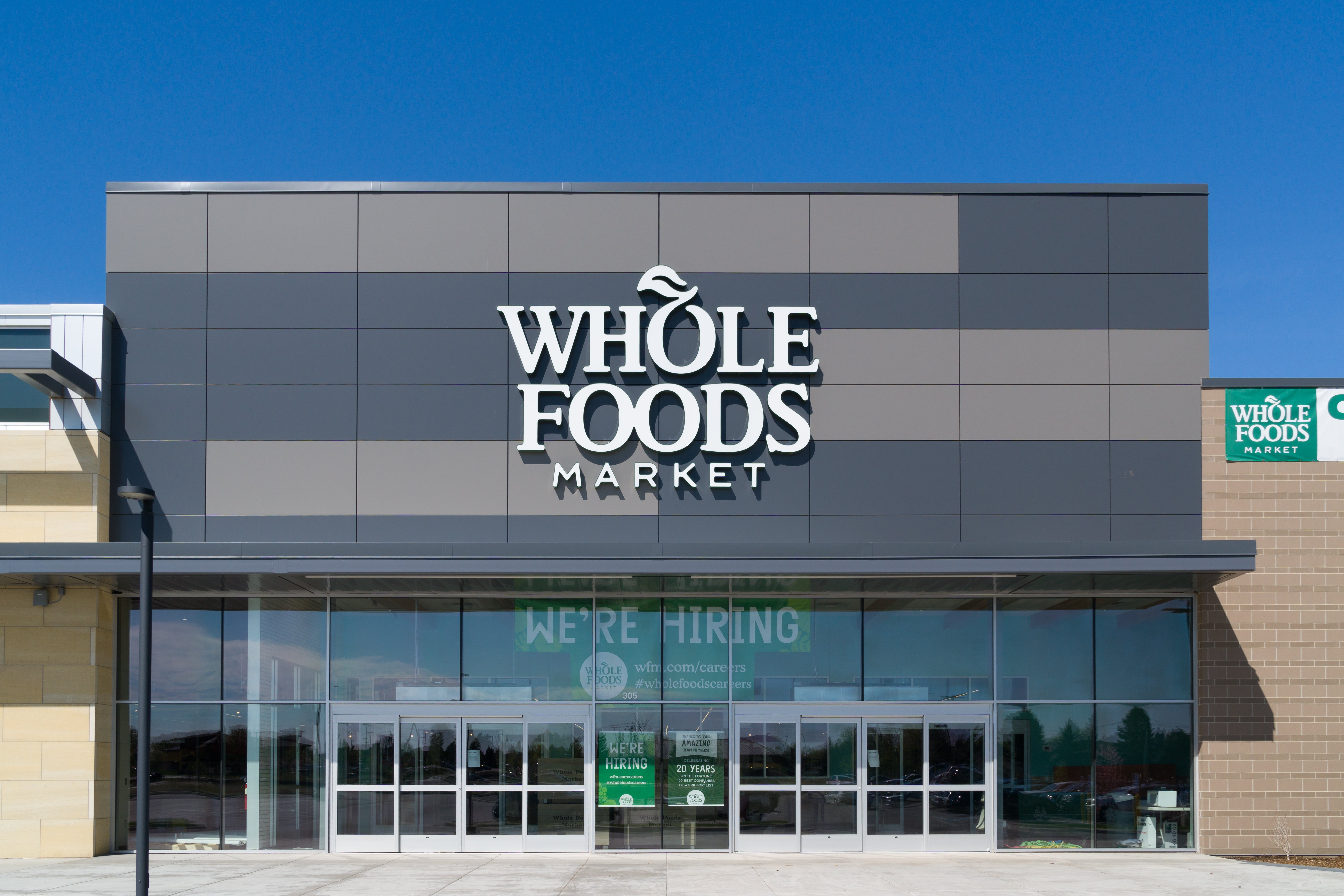 Amazon also recently purchased Souq.com in the region and is in the process of developing its own global logistics hub, which will make it less dependent or more likely independent of Fedex and other logistics companies. One anomaly in the global food service sector is Dominos Pizza. They started to invest heavily in technology over a decade ago. They can be viewed as the canary in the coal mine for food tech. They do not use any of the third-party service providers, they own their entire value chain and they are bucking the trend of global decreased unit sales, rather they are still experiencing double digit growth. They attribute this to a number of factors, the most important of which is their proprietary technology. They own their entire value chain. Their online order rate in the US is over 50%, and in the UK, a staggering 80%.

Other players like Panera and Starbucks are following suit and raising their digital game with proprietary solutions to meet consumer expectations. Freedom Pizza took a similar approach in the region. We saw the future seven years ago and established a company that has and continues to develop Freedom Pizza’s proprietary online ordering and digital commerce platform. 50% of Freedom Pizza orders are online and growing quickly. Freedom also owns and controls its entire value chain (including its fleet of 125-delivery drivers) allowing it to stay connected to customers and serve them better. Whilst the future is difficult to predict with certainty, it would appear that scale, control of consumer relationship and nimbleness are the winning recipe of this arena. It is also clear that the current disruptors are not the final form– they will be disrupted themselves. For the gladiators, it might be a game of winner takes all and in a game of all or nothing, there are no holds barred.

I offer a few predictions for those that care to consider them:

Related: Executing The Business Rebrand: The Co-founders Of Freedom Pizza Have Left The Franchise Safety Net