By Sindhu Hariharan August 30, 2017
Opinions expressed by Entrepreneur contributors are their own.
You're reading Entrepreneur Middle East, an international franchise of Entrepreneur Media.

UAE- based natural language generation startup Narrativa has announced the close of its pre-Series A round, raising undisclosed amount of investment from Abu Dhabi’s media free zone twofour54, and other “large media companies and business angels from Europe, the US and the UAE.” Narrativa's Artificial Intelligence (AI) product (known as GabrieleAI) translates data into narrative/descriptive content- a feature that, for instance, simplifies the creation of mass content like financial reports and e-commerce product descriptions among others. The UAE-based startup also notes that it is “the only company worldwide to automatically generate content in Arabic,” along with other languages.

David Llorente, Narrativa’s co-founder and CEO, says the startup’s technology can help companies in the media, e-commerce and enterprise reporting space among others, to “exponentially increase the amount of content generated, significantly reduce costs, and develop new revenue streams.” He says the new investment will be utilized primarily for technology and business development. “We believe our two main advantages are tech superiority and our strong focus in the MENA region, so we will keep focusing in our strengths,” he adds. Prior to this round, Narrativa had already raised over US$250,000 in investment from Germany’s Next Media Accelerator and Flat6Labs’ accelerator program in Abu Dhabi. 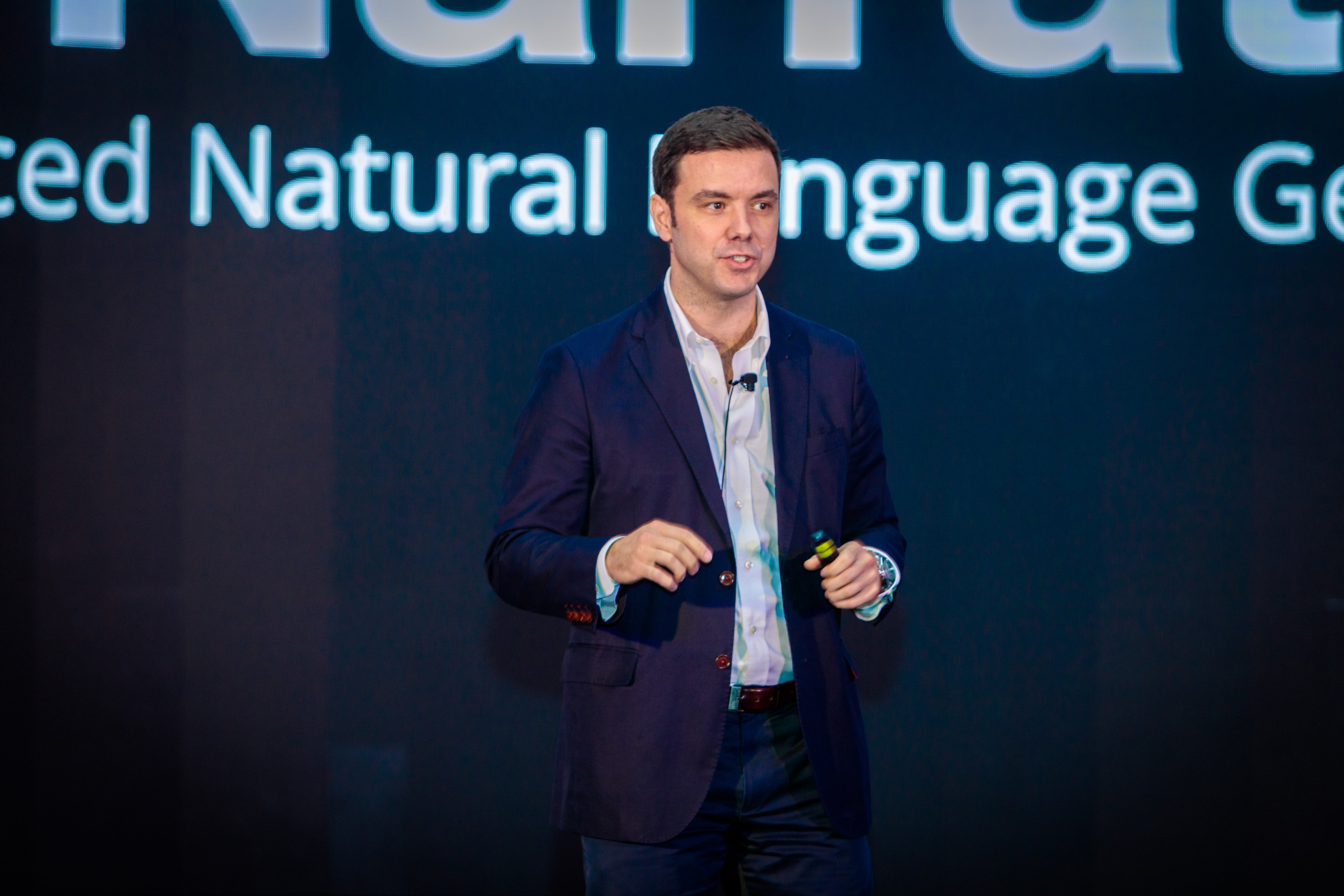 Commenting on twofour54’s investment in Narrativa, twofour54 CEO Maryam Al Mheiri said in a statement: “Our investment in Narrativa is in line with our vision to champion the creative community and foster the production of content. The MENA region provides ample opportunities for expansion, and is bolstered by a young, dynamic, tech-savvy population that has one of the highest consumptions of social media per capita worldwide. Less than 2% of online content is in Arabic; making startups like Narrativa so valuable. We are thrilled to be part of Narrativa’s next stage of its growth story.”

With a client base primarily in the UAE, Saudi Arabia and Europe for now, Llorente says they have a pipeline of more than 20 customers which will help them double the current customer base “in less than four months.” He expects the investment to help them extend their reach to the wider MENA market, and also help tap other industries where generating content at scale can be useful, specifically financial services, and oil and gas sectors. Currently Narrativa’s adopters belong to companies in the media, e-commerce, and online travel sectors.

With regard to the efforts that resulted in the successful fundraise, Llorente believes it’s a difficult process to raise money for “a purely tech company in a region where traditionally investors invest in startups with a focus on digitalizing existing non-digital businesses such as e-commerce, real state, business processes, marketplaces.” However, he refers to current investors twofour54 as “a visionary” that has believed in Narrativa, and its impact in the region. “Together we managed to put together a group of investors which share our vision, and believe that Narrativa can became a tech dominant player in the natural language generation field using advance AI,” says the entrepreneur.