By Tamara Clarke October 6, 2017
Opinions expressed by Entrepreneur contributors are their own.
You're reading Entrepreneur Middle East, an international franchise of Entrepreneur Media.

LG is rolling out airport robotics with an eye to helping frequent flyers with its technology. Each robot in this repertoire solves a specific problem, and performs tasks that would traditionally require human interaction.

For instance, the Airport Guide Robot connects to the airport’s central server, and roams around the space to provide you with estimated distances and walking times to locations of restaurants, shops, and other destinations within the airport. It can scan ticket barcodes and tell you boarding time, flight and gate information, as well as the time and weather of your destination, in a matter of seconds. Don’t have your boarding pass handy? No problem. The robot has voice recognition, and it can speak four languages: English, Korean, Chinese and Japanese. 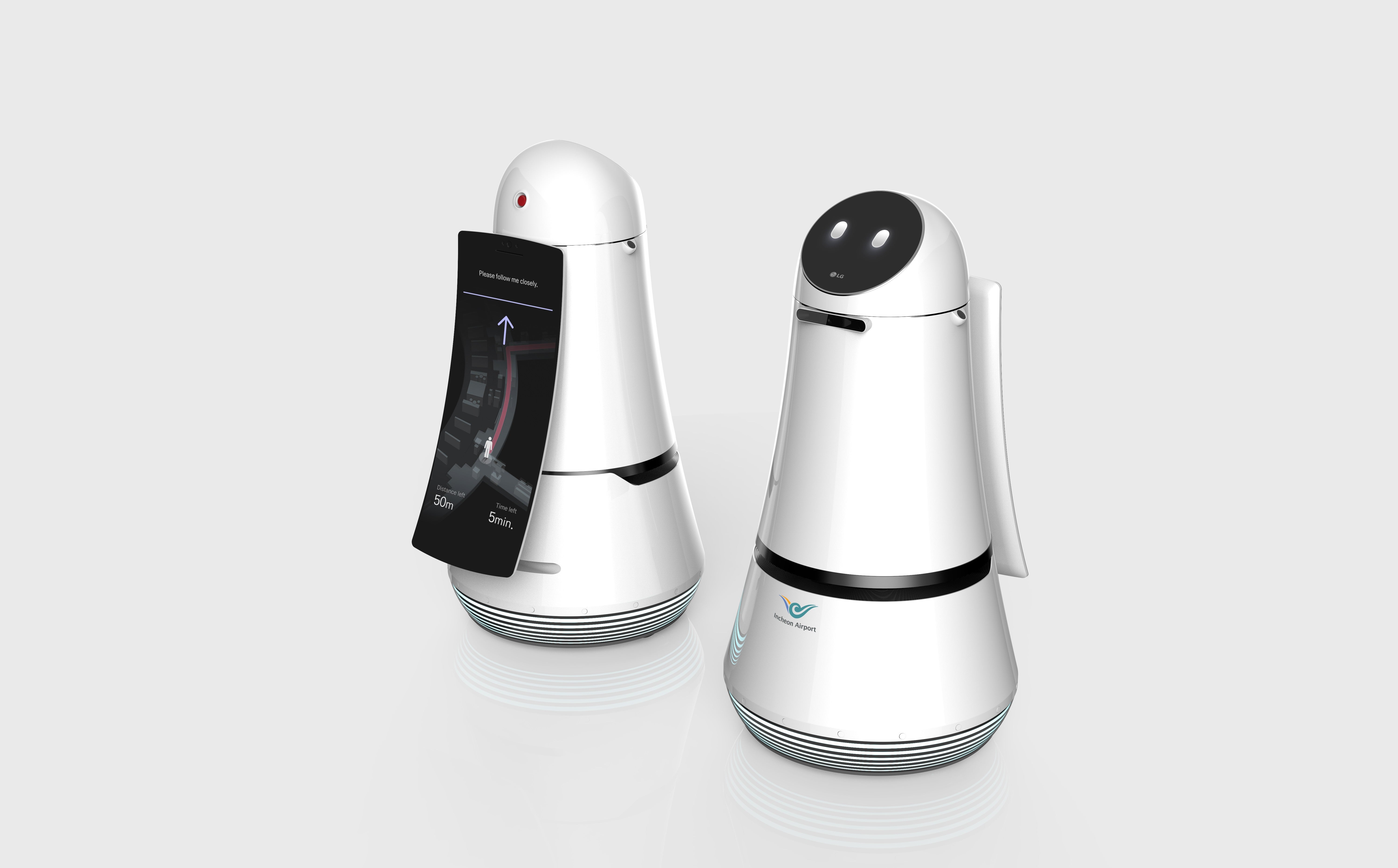 LG Airport Robots. Image credit: LG.
The Airport Guide Robot is intended to reduce the hassle associated with flying, by giving you quick, accurate information on-the-go. On the other hand, the Airport Cleaning Robot is a supersized robot vacuum equipped with a large capacity dust canister, as well as multiple brushes and motors. Capable of cleaning everything from tiles to carpet floors, this robot is equipped with the latest in smart sensors and multiple cameras to ensure a safe, effective, and powerful performance in even the most crowded airports.

Multiple sensors using light detection and ranging (LIDAR) as well as sensitive bumpers which detect obstacles are used to help the robot function. Thanks to the use of simultaneous localization and mapping (SLAM) technology, the robot is always aware of its location- and yours.

Sophia, the first android with citizenship, now wants to have a robot baby

The Pace of Technological Change Is Faster Than Ever Before. Or Is It?