#10 Digital Marketing Trends To Embrace in 2018

The only thing that stays constant is change.

With 2017 (finally) drawing to a close, and consumer behaviors and demands changing at a record-breaking pace, everybody’s on the lookout for the same thing – What’s Next?

With good reason too. If you want to gain a competitive edge in today’s market, you need to stay ahead in the game.

So, based on what I’ve seen this year, here’s what I think every brand will be scrambling to adopt in the next year –

Content with a deadline drives the illusion of intimacy and urgency. Add to that polling options and you even make it interactive.

With 200 million users, Instagram stories blew past Snapchat this year, and people definitely noticed. Even Facebook has dedicated prime real estate on desktop view to their stories.

Yes, it might seem a little vacant now as only a few brands, influencers and early adopters capitalized from it, but it’s a huge opportunity for brands to jump on and increase their organic reach.

WhatsApp finally invited Businesses to join the platform in 2017 and only a lucky few in India like BookMyShow and Indigo Airlines are in yet.

Although they’re primarily using it for customer service so far, it could very easily evolve to marketing in 2018 and create the mad rush Facebook business pages created back in 2011-12.

Hopefully, they don’t play the same game Facebook did and let everyone on at the same time. That’ll just be disappointing and might annoy users. We will learn more about this soon as the WhatsApp Business App might be a short few months away.

In either case, a MUST trend for all brands to watch out for.

At the most recent F8 developer conference, Facebook made it clear that they’re betting big on AR. But Facebook is hardly the only big player making a move.

Earlier this year, Apple’s Tim Cook told investors, “AR is big and profound, and [it] is one of those huge things that we’ll look back at and marvel on the start of it.”

With the new AR features on the iPhone X (and 8), you can expect a lot more AR related content being generated, and consumed, in 2018.

Can brands do something with it? With influencers at their disposal, I am certain they can.

As if to prove a point, Goldman Sachs recently estimated that the AR and VR market was expected to grow to a $95 billion market by 2025. 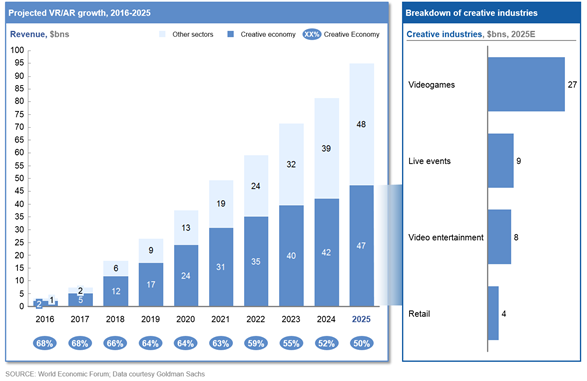 Last month, I wrote about the potential of emotion-driven AI in marketing and how it can be a game changer for customer service chatbots, content recommendations, and even dynamic pricing.

From customer service chatbots that know what you want – without you having to spell it out, to perfectly recommended content via Taboola or Outbrain – that matches your every mood; 2018 might not see all of it, but we’ll certainly get a taste.

5. The Marriage of Influencer & Advocacy Marketing

Millennials hate ads. Gen Z even more so. That explains why nearly 30% of the internet will block ads in 2018; nearly double the number from 2014!

It also explains why 94% of marketers found influencer marketing effective and advocacy marketing grew 587% in the last year.

Given that most people prefer ads that appear less “staged” it makes sense that the next year will make the most of both, influencers and micro-influencers.

It’s simple – speaking is easier than actually typing stuff out.

This year, Google announced that 20% of all its searches were through voice searches and according to ComScore it’s all set to rise to 50% by 2020.

Naturally, it only makes sense that more content will now be optimized for voice searches. 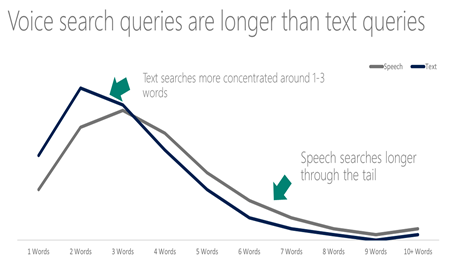 7. Video Will Maintain its Lead

Everyone (and their mother too) knows that video is your best bet to build a more engaged following. It’s only fuelled by the different social platforms it’s made available on. In fact, YouTube clocks more viewers during prime TV hours than any cable channel!

The rising popularity of Facebook Live and other live streaming apps like Periscope have made Live streaming available to virtually Every. Single. Consumer. 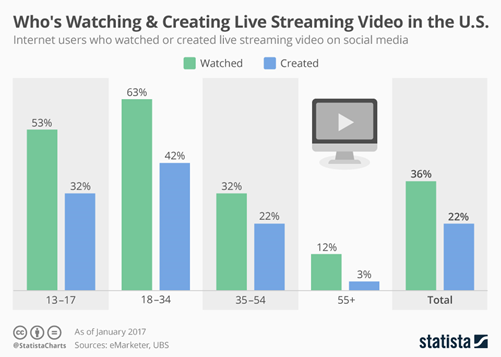 Since the average user watches a Live video 3X longer than a pre-recorded one, it gives brands an excellent opportunity to really connect with their TG’s in a more human way.

Think beyond the Q&A sessions and BTS videos and look forward to more interactive experiences. More on the lines of viewer led live videos. Like = Action A, Love = Action B.

This year, we saw several companies looking past email to newer and fresher channels. And with over 1.3 billion users and an open rate over 85%, they didn’t have to look further than Facebook Messenger.

Earlier this year, Hubspot tested a few applications of Facebook Messenger and saw some truly staggering results - a 242% increase in open rates and a 619% increase in click-through rates in content delivery alone!

It’s only a matter of time before the rest follow suit.

There’s a reason why 51% of marketers believe that the Internet of Things – ubiquitous, embedded devices that convey real-time data – is all set to revolutionize marketing by 2020. What’s more, 89% believe it will ‘very significantly’ impact customer engagement!

Think about it. Who wouldn’t want a refrigerator that told you when you were running low on milk, or if the bread in the fridge is going stale?

Some might say 2018 is early for these innovations, but I am sure with Echo, Cortana, and Google home, a lot more IOT will show up next year.

So there, that’s what I think is in store for Digital Marketers in 2018. Do you have a similar list, and if yes, does it match mine? I’d love to hear back, so let me know!

Why Digital Marketing Is Vital for Businesses and Their Growth?