Types of Prototype and their Usage

By Muthu Singaram and Prathistha Jain February 8, 2018
Opinions expressed by Entrepreneur contributors are their own.
You're reading Entrepreneur India, an international franchise of Entrepreneur Media.

We frequently come across different types of prototypes and their applications but do not clearly understand the real purpose or necessity of the application of the prototype. We get questions like how good should the prototype be? Does it need to work properly? A prototype is a basic working model, mock-up or a simple simulation of the product which leads us to create a minimal viable product to final product and variations. The main reason for prototyping is to validate the idea and this is the step in converting an idea to a real product. A prototype could be a working model, representational (non-working) model, miniature or a scale model, video or a photo demonstration based on the factors like a problem to be solved, the mandate of the end customer, investor/industry requirements or prototype that best satisfies the purpose. Ideally, the first type should be a working model which is actually functional, so people can get their hands on it and try it out.  Also, it good to get the wrinkles ironed out before presenting the prototype to industry —as not very often a second meeting is given in case prototype fizzles at a meeting. But sometimes it isn’t possible to have a working model, in such cases another kind of prototypes is used which best suits the situation.

A prototype can be in the following forms paper, 3D printing, digital, small model or limited usage product. These prototypes can fall into one of the following area functional, display or a small model. The functional prototype focus on the functions and not on the looks. The display prototype focuses on the looks and not so much on the function. The small model combines both and is a smaller version of the final product. They type of prototype to develop must be decided based on the intended purpose of the prototype, the medium of use and the expected longevity of the prototype. 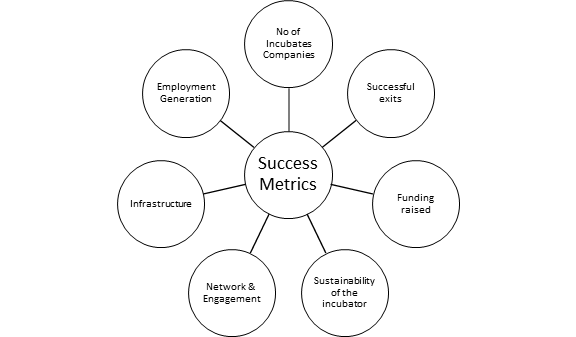 There are many types of the prototype here is ten of those types: -

Here a prototype is made using video just to show others the idea in a graphical/visual format.

This type of prototype is usually developed to determine the feasibility of various solutions. It is applied to the resolve technical risks attached to the development in terms of performance, compatibility of components etc.

This is the user interface in the form of screenshots, demonstrating the outer layer of the human interface only, such as windows, menus, and screens. The prototype is used to clarify the scope and requirements of the product.

The rapid prototyping technique is used to quickly engineer an initial model of a product using a three-dimensional computer-aided design when you want to produce something in a short span.

Simulation prototype is digitally creating of a physical product to predict the performance of the product in the real world.

A storyboard describes a product in a form of a story and demonstrates a typical order in which information needs to be presented. It helps in determining useable sequences for presenting information

A vertical prototype is the back end of a product like a database generation to test front end. It used to improve database design, test key components at early stages or showcase a working model, though unfinished, to check the key functions.

This is a skeleton a product. Depicted in the form of illustrations or schematics that capture an aspect of design such as an idea, layout, form, architecture or sequence.

These are images drawn and put in a sequence that walks you through the proposed 3D structure of the product/solution.

This is with no functionalities, just to get overall visual of the product. It is an unpolished version of the product with no active features.

In conclusion, depending on what you are working on you will need to decide which prototype works best for you, often a number of these might need to be used into a working prototype.

Muthu Singaram is the CEO of IIT Madras HTIC Incubator. And, Prathistha Jain is the Director at Vibazone Pvt. Ltd.

Are You Ready for Your Prototype?

11 Helpful Tools for Every Step of Building a Mobile App

Drink Out of Your Glass and Eat It, Too