Are you a computer science student who strives to apply your technology skills to make a difference to your society? That’s precisely the kind of people that the 2018 Annual NYUAD International Hackathon for Social Good in the Arab World to be held on April 27-29, is looking for, to nurture.

The three-day “programming marathon” (in its seventh edition) will see computer science professors, founders of startups, technology professionals, and even venture capitalists from across the globe come together at New York University Abu Dhabi (NYUAD) to lead teams of skilled computer science students to create mobile and web applications relating to diverse fields such as health, education, film, music, business, and science- all for social good in the Arab World.

To be held at NYUAD campus, the three-day hackathon begins with an orientation and “API Talks” session, and will then move on to pitching sessions for ideas and team selections by the end of day 1. Over the next two days, teams will develop their applications, and the event concludes with the teams presenting their applications to a panel of experts in a public event at NYUAD Conference Center. 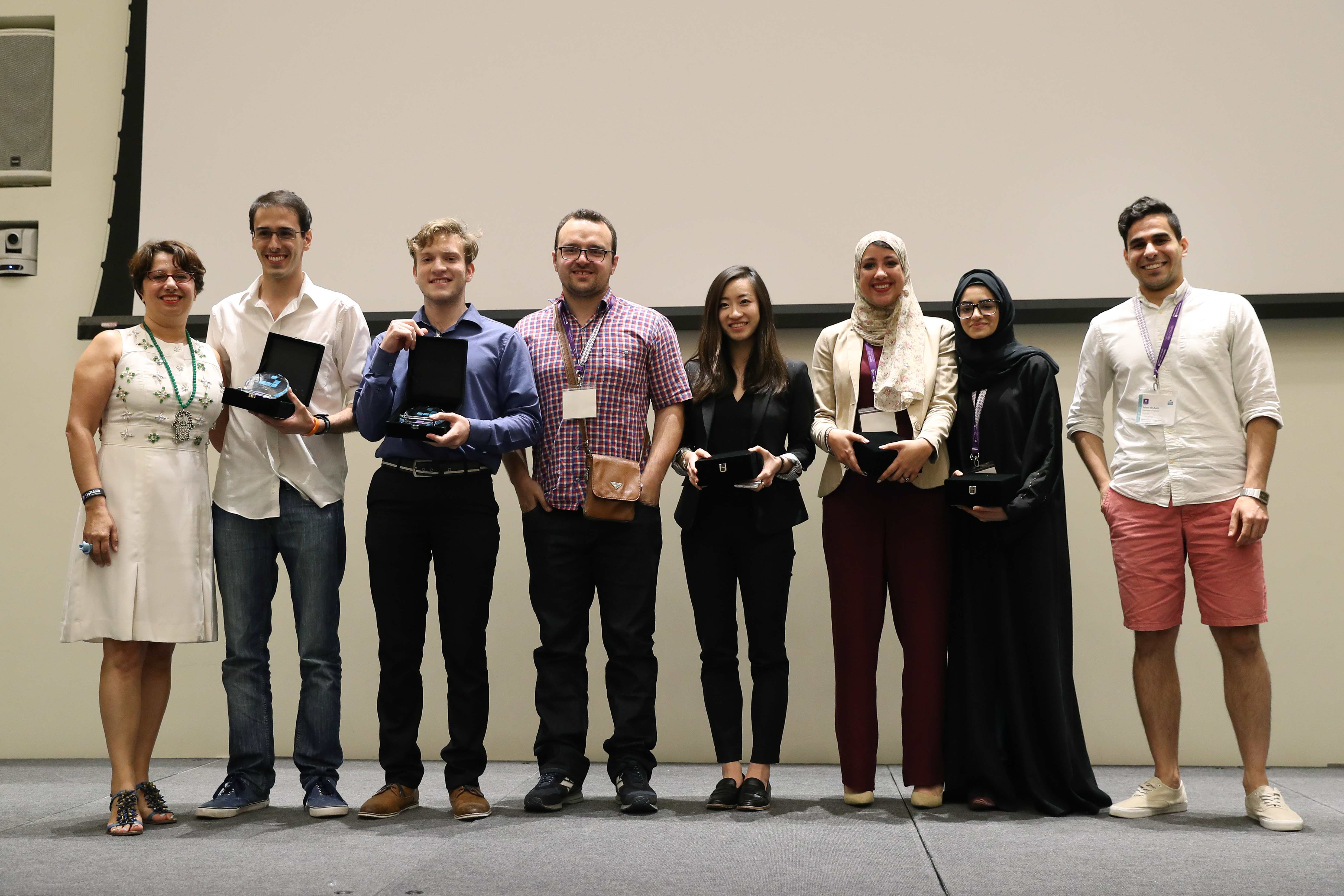 Hiat app creators winning the 2017 edition of NYUAD Hackathon. Image credit: NYUAD.
“The goal of the NYUAD Hackathon is to promote innovation in computer science, tech startups, and the development of innovative technology for the social good,” says Sana Odeh, Faculty Liaison for Global Programs of Computer Science, and Clinical Professor of Computer Science, Courant Institute of Mathematical Sciences, NYU New York, and Affiliated Faculty, NYUAD. Odeh believes that the event will provide an opportunity for students in the Arab world to experience “the full cycle of creating a tech startup- sharing and generating ideas, pitching ideas, learning new platforms and programming languages, designing and developing mobile and web applications, and working with a team.” Besides this, the participants can also benefit from an opportunity to be mentored by members from industry and academia.

Incidentally, the winner of the 2017 edition of the hackathon -Planet Homes [Hiat]- is a platform to connect skilled refugees and the local community in a gig economy projects, and is co-developed by woman techie Radwa Hamed (Hiat is developed by a total of six students), a double major in computer engineering and electronics and communications engineering. “The hackathon has been a great portal for many ideas to bloom and gain mentorship and growth,” says Hamed. “From the ideation phase, the process of fine-tuning the idea, designing a product that is socially aware and profitable, the mentors, judges and facilitators have all been very helpful,” she adds. 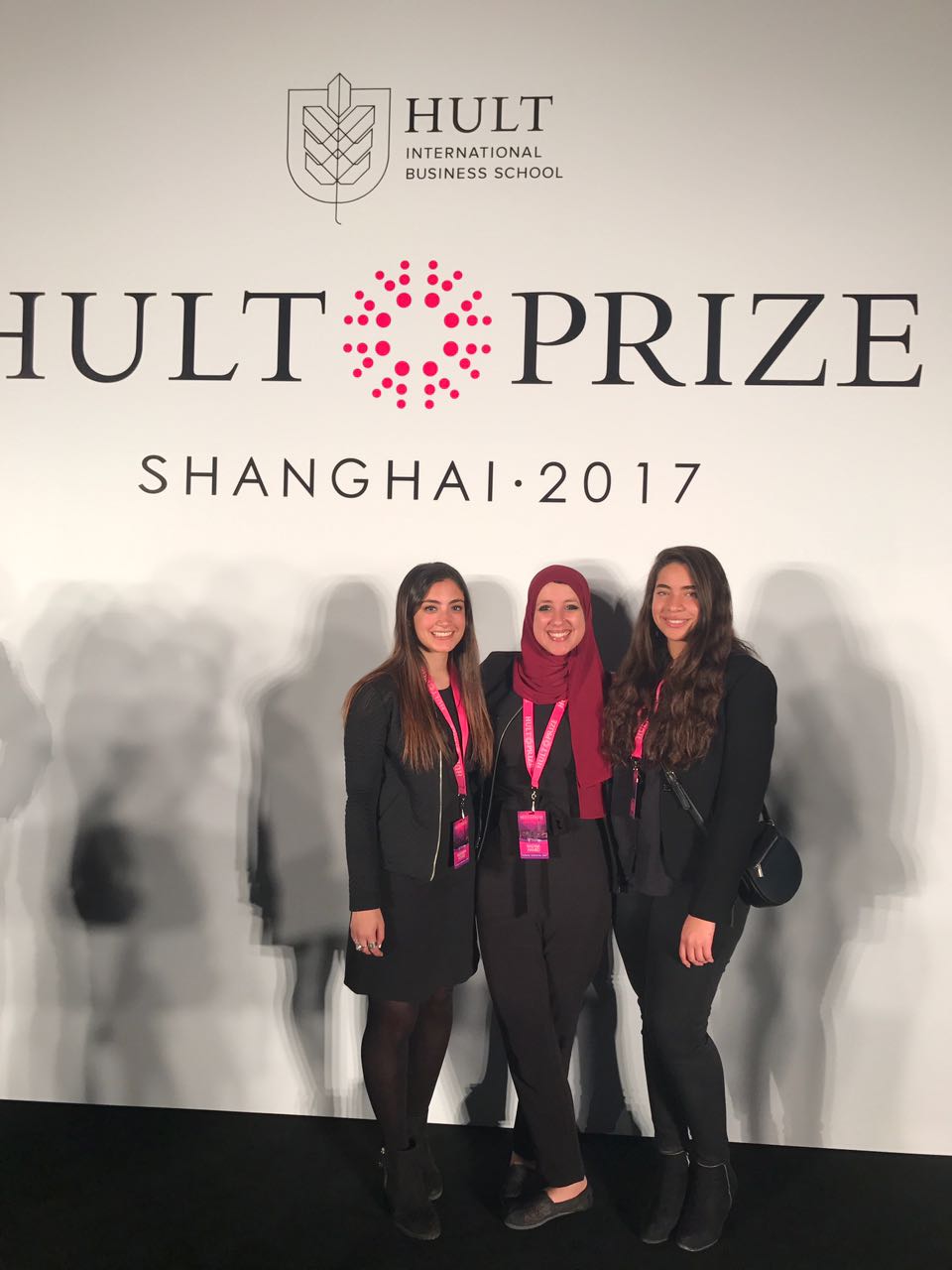 Radwa Hamed and other developers of the Hiat app. Image credit: Radwa Hamed.
Hiat is also a winner of Hult International Competition for Social Entrepreneurship in Egypt, and has qualified for regional finals in Shanghai, China. The platform aims to help “vulnerable populations find secure jobs,” and essentially matches refugees to job opportunities in line with their skillset in an hourly pay rate system. “Hiat is currently a bit dormant because of multiple funding issues. However, we are conducting many talks about how we can partner with other homecare service providers and how we can apply to social/humanitarian accelerators around the Middle East,” says Hamed.

Related: Women Hackathons: A Gateway To The Evolution Of A More Equal World