Own your time -- and everything else!

By Jason Feifer March 28, 2018
Opinions expressed by Entrepreneur contributors are their own.

Here's an overused word in business: resources. What does it mean exactly -- everything around us? Anything we want? Here's my answer: Resources are the things that can help us achieve our goals, and while most of us could list off many of the resources around us, we don't actually spend the time figuring out how to maximize them. Resources are really two things: There's what you take at face value, and there's what you can get by using them creatively.

I love the entrepreneurship community's focus on mentors, but I think it's also bred confusion: So many young people ask me how to find a mentor, or they ask someone to be a mentor, as if "mentor" is an official job title. As if it's something you sign a contract to begin.

Here's what I say: Yes, sometimes people develop an explicit mentor-mentee relationship. Great! But the best mentors may never know they're your mentor. They may just be someone you've gotten to know -- maybe a current or former colleague or boss or professor, or someone you respect who you met somewhere, or emailed with. And every six months or so, you suggest coffee to catch up, and ask them some questions. Maybe you don't have one person like this, but have a series of them -- people for different parts of your career. A leadership mentor. A negotiation mentor. A skills mentor.

If you ask them to be a mentor -- like, an official thing -- they may worry they can't provide what you need. But if you just let it flow, if they become invested in you, then you've achieved what you need.

Multiple people have over the years told me they consider me a mentor. I had no idea! I just thought we were staying in touch. I just liked talking to them. How awesome is that? The world around you is full of mentors. Knowledge is everywhere.

2. There's no excuse for making excuses

“The common demonstrator of failure is excuses.” That’s what Jon Taffer, host of Bar Rescue, told us when we spoke for his March cover story in Entrepreneur. Here’s a man who’s filmed 155 episodes of a TV show about helping small businesses, and runs a consulting firm helping giant companies make major turnarounds. “Whenever I ask someone, ‘Why is your bar failing?’ I get a million excuses. They say it’s Trump. They say it’s the euro. It’s construction on my street. It’s wintertime. It’s this. It’s that. They never say they’re failing because of themselves. Not once has someone ever looked up at me and said, ‘I’m failing because of me.’"

This is the flip-side of the entrepreneurial deal. We make things happen for ourselves, and that means we enjoy the rewards ourselves -- but it also means we must own the downside. I’ll go a step further: It’s good to own the downside! We can’t control the weather, politics, or the economy, but we can control what we do ourselves. When something’s in our hands -- when we can feel it, shape it, control it -- that’s when we can do our best work. I love Taffer’s message because it’s empowering: When we stop making excuses, we can start doing. And doing is what entrepreneurs do best.

As a guy in media, I was haunted by this tale of what happened to a once-booming content site called LittleThings. The quick of it: "LittleThings, which started as a pet supplies e-commerce site, became a poster child for astonishing audience growth, topping 50 million uniques in three years by sharing inspirational stories on Facebook." Its founder once explained the success this way: "As long as you constantly pivot within the Facebook ecosystem, you’ll be fine."

Then Facebook changed its algorithm in a way that LittleThings couldn't adjust to. Here's what happened to its traffic: 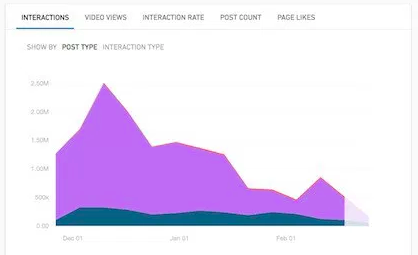 Shortly after that: Death.

This isn't news in the media world; everyone in my industry is freaking out about how much control we've ceded to platforms. But I hope entrepreneurs in other industries are thinking about this too. Do you have a direct line to your customers? Are you making sure those relationships are maintained and ever-growing? Can you do more to stay in touch? LittleThings is a warning to everyone: Own it, or lose it.

Want to hear about who doesn't understand that? A young entrepreneur recently tweeted about how millennial stereotypes are outdated. Millennials are grown up now, he wrote, and they're leaders. I retweeted it; he's absolutely right. Someone replied to us both: "Wow! A whole 10 years of experience?!?! They must be geniuses by now".

To which I wanted to reply: Yo, dummy, you underestimate youth at your own risk. You underestimate the power of fresh eyes. In fact, if you've been doing the same thing for so long that "a whole 10 years" sounds like a short amount of time, my guess is you've gotten slow. You've gotten comfortable. You're not seeing things clearly. You're not open to new opportunities. You're not prepared for the competition. And you don't stand a chance.

Want to know what to do with millennials? Learn from them. (Are you a millennial? Go learn from someone even younger.) Either work with the next generation, or ride out your final days in ignorance until someone takes everything away from you.

"There may never be time for everything, but there is always time for plenty. It's just a question of priorities." - Great advice from @heyfeifer, Editor-in-Chief, Entrepreneur magazine

It's always flattering (and still a little jarring) to see people quote me on social media. And this line in particular, from a recent column of mine, has shown up quite a bit on Twitter and Instagram.

There may never be time for everything, but there is always time for plenty.

Why does it resonate? Because we're busy people. We don't have time for everything -- it's literally impossible. But if we prioritize properly, we can have time for the things that matter.

As I say in the column, I don’t want to work nonstop -- that only ends in burnout -- but I want to make sure I’m using my time as wisely as possible. So I started measuring time in terms of outcome. I’d ask myself: What do I get for this hour spent? What can I show for it later? Time with family and friends has an obviously valuable outcome: My relationships are stronger. But other times, my options might be watching a game, scrolling through Twitter or writing this newsletter.

So I started to think about what I’d rather say I did in a week. Watched the game? Read the tweets? Or wrote a new newsletter for many people to read?

Now I have my answer. (I hope you thought it was worth it! ?)