The chef-turned-entrepreneur on how he made it big on the global F&B scene.

Zuma is one of those places in Dubai that one may assume to have been in the Emirate since time immemorial, and so, it may come as a surprise to learn that the multiple award-winning Japanese restaurant is actually celebrating its tenth anniversary in the city just this year. Located at Dubai International Financial Center since September 2008, Zuma’s first outpost in the UAE can well be called one of Dubai’s premier dining destinations, with its winning combination of setting, cuisine, and service making it an undisputed leader in the city’s burgeoning F&B industry. But, hey, you don’t have to take just my word for it- I asked Zuma co-founder Rainer Becker to share any business figures that would reflect Zuma Dubai’s current standing in the market, and his reply was: “The revenue for Zuma Dubai is upwards of US$30 million a year. In terms of profits or any other financial information, all I will say is that we can’t complain!”

Becker founded the very first Zuma along with business partner Arjun Waney in London in 2002, and since then, the concept –which is a celebration of the Japanese izakaya style of dining, and focuses on giving patrons “a truly inspired dining experience”- has found its way (successfully) to several cities around the world, including Dubai. With respect to its origin story though, Zuma came into being essentially thanks to Becker spending six years in Japan as the Executive Chef of the Park Hyatt in Tokyo, during which he fell in love with the food, tradition, and culture characteristic of the place. “My time in Japan inspired me in many ways,” he remembers. “And when I returned to London, my goal was to open a Japanese restaurant that would appeal to a more Western palate, whilst still respecting the ingredients and traditions I had learnt.” With Waney by his side, Becker went on to then open the first location of Zuma in London’s Knightsbridge neighborhood, and well, it just blew up from there. “We were only ever planning to open one restaurant,” Becker admits. “As the business organically flourished, we started to look at other cosmopolitan locations; destinations where our existing customers travelled to regularly, [and] this led us to Hong Kong, Istanbul, and then, Dubai.”

But Zuma’s growth story didn’t stop at Dubai- the restaurant has since made its presence felt in other food capitals like Bangkok, Rome, and New York; the UAE got a second Zuma location in Abu Dhabi in 2014. Zuma’s global success can seem a bit perplexing when one considers how simple its offering is- but the outstanding quality it professes makes it stand above the rest. Indeed, this is exemplified at Zuma Dubai, which, despite the multitude of restaurants that have opened up in the Emirate since its launch, remains a favorite of diners not just in the city, but the entire country and the whole MENA region as well. 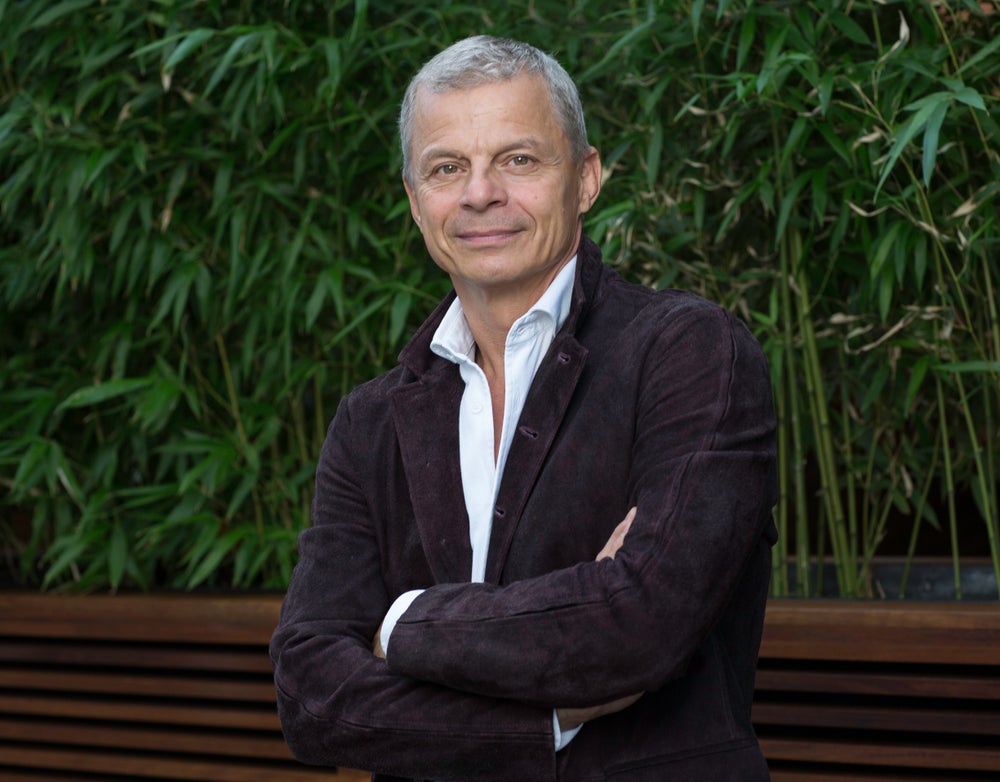 “The concept of Zuma, and therefore the key factors [of its success], are actually relatively simple,” Becker says. “High quality products are always at the forefront of Zuma, whether that is food, drinks, music, or design. The team and service are also just as important. When your product is good, and the service is on point, it makes for success.” When asked how he’d describe Zuma to a layperson, he stresses again on the simplicity of it all. “How would I describe Zuma… It’s a contemporary Japanese restaurant that is informal, yet sophisticated, with great food, service, and cocktails. The USP goes back to product, but also the consistency– we have guests who dine in our restaurants all over the world, and the spicy beef, for example, should be of equal quality everywhere along with the service. We work incredibly hard as a business to maintain this.”

This insistence on maintaining quality and standards can be drawn to Becker’s time as a chef before he became an entrepreneur by launching Zuma- this experience, bolstered by the skillsets of his co-founder, has clearly served the enterprise well. “My heart is still in the kitchen, but I always loved every aspect of running a restaurant,” he says. “Having learned the ins and outs of it at the German Meisterbrief (the master tradesman certification), and combined it with my experiences at the time, I had the whole concept from A to Z worked out in my head, when we opened Zuma 15 years ago. Arjun Waney, on the other hand, my business partner, was instrumental in complementing my knowledge and experience with his business acumen. I would also say that you have to be a very disciplined person to become a successful entrepreneur, and I believe I am a very disciplined person– a lesson that is my father’s legacy.”

Becker also gives due credit for Zuma’s success to the people he has got onboard the venture. “One of the most important aspects of the business is the team,” he says. “I am very fortunate that we have amazing people working for us, many of whom have been with the company for more than 10 years. Our businesses would not be successful without them– they are passionate, they truly understand and believe in the concept! They work towards the evolution, and not the revolution of the concept. Truly understanding the formula and fundamentals behind the Zuma brand is what makes the business a global success.” 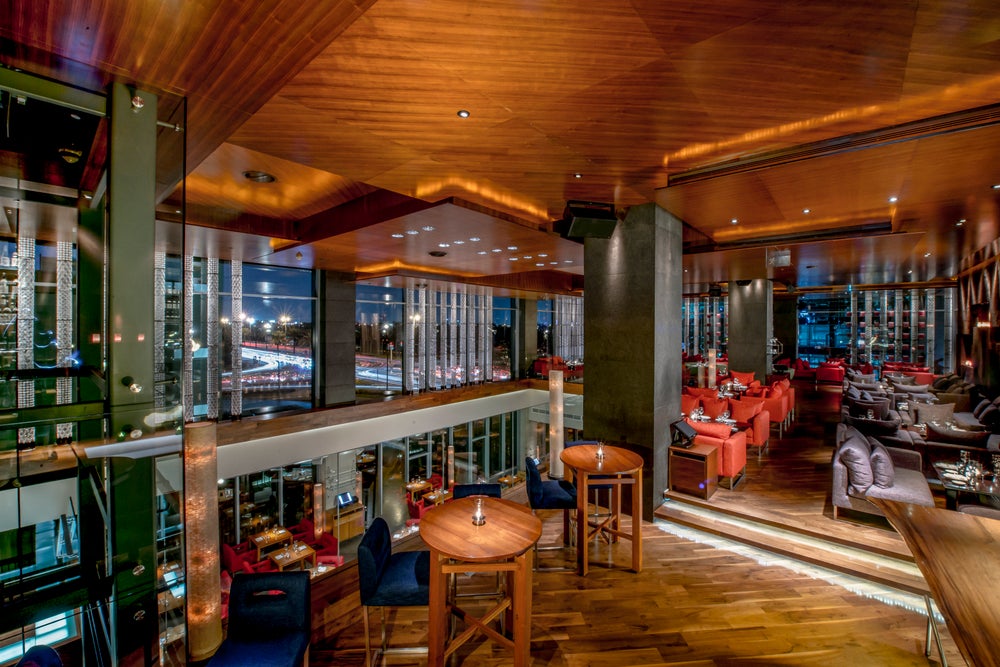 Speaking about the Dubai location specifically, Zuma’s success is especially noteworthy considering that it launched at a time when the restaurant scene was markedly different from what it is today. “I am very proud that Zuma Dubai has stood the test of time,” Becker says. “Every restaurant that we open has an element of risk. Dubai, in particular, was a very new marketplace at the time, and the F&B offering wasn’t as extensive as it is now. When we opened in DIFC ten years ago, it was a very different place; there was only one other restaurant [in the locality]. In more recent years, other restaurants have moved in to the area, and it has created a dining destination, which drives customers, as there is so much choice.” Becker acknowledges the rise in competition in Dubai’s fine dining space, but claims to be not too fazed by it- according to him, it just keeps him and his team on their toes.

“The market has changed significantly,” Becker says. “For one, it is now a lot more competitive, there has been an influx of international restaurant names. The Dubai market is crowded, but not more so than anywhere else; it is probably just felt more, because it happened relatively quickly. I don’t think it’s a negative thoughit just means that you have to ensure you are at the top of your game at all times– which is what we try to ensure in all our restaurants anyway.” As for what’s next for Becker and Zuma: the possibilities are open. For Zuma, we are always looking for sites,” Becker says. “The next opening is scheduled for Boston next year, and after that, who knows! I would never say never to opening another Zuma in the Middle East, but currently our focus is on opening Roka Dubai, which is one of our other brands, next year. Recently, I have also been occupied with the new restaurant we just rolled out in London called Inko Nito– it is basically a mid-market contemporary Japanese grill restaurant. So, as you can see, we are constantly keeping busy! Depending on its success we might as well consider putting one in the Middle Eastwatch this space.”

If this response is any indication, then it’s clear that Becker’s entrepreneurial journey is far from done- in fact, there seems to be more in the offing! But, looking back, would Becker have done anything differently along his career? “Honestly, I would not do anything differently, I would do it all again in exactly the same way!” he replies. “I don’t have personal mantras as such, but I do always try to remember to keep two feet on the ground, be humble, and don’t get ahead of yourself! Success in the past doesn’t secure success in future– you have to keep pushing forward, and don’t take your eye off the ball.”

Related: Focused On Impact: Deliveroo Co-Founder And CEO Will Shu 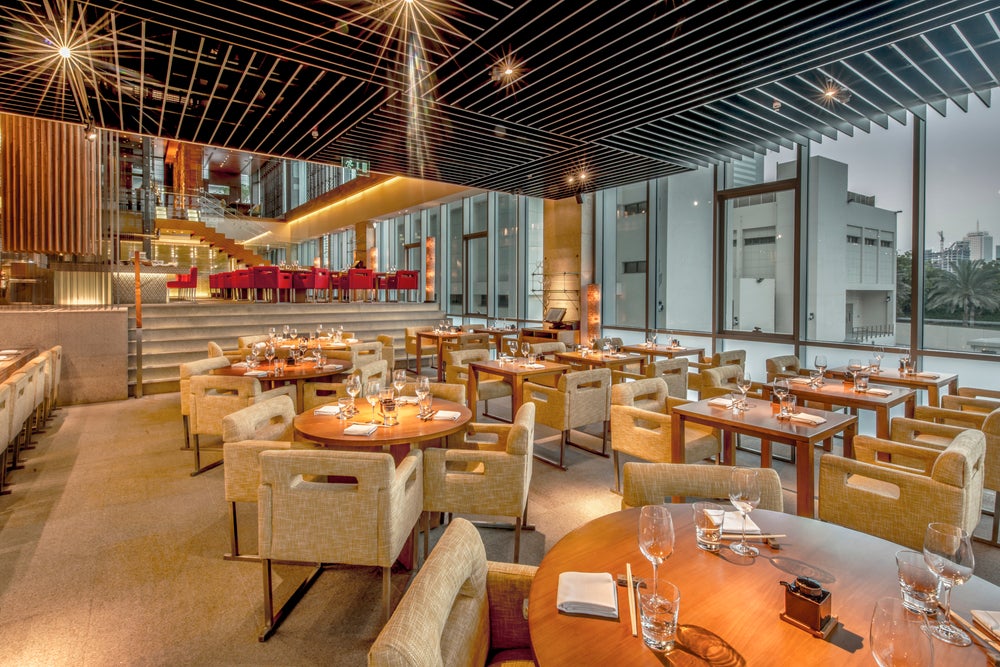 1. Be knowledgeable “You cannot ask people to do things that you are not able or prepared to do yourself. Learn every aspect of your craft, regardless of your position.”

2. Be passionate “The restaurant industry is tough, hours are unsociable, it can be stressful, etc. If you are not passionate, you will not succeed.”

3. Failure (most of the time!) is part of success “You will not always fly high, sometimes you fail. The important part is that you pick yourself back up and learn from it. But don’t make the same mistake twice!”