What Made Dubai's Careem Get Interested in This Indian Startup?

Careem has an India connection - it recently acquihired Hyderabad-based Commut

You walk out of your home, open your mobile and book a cab to get to your desired destination. Ride-hailing apps have changed the way we commute today. We no longer need car keys, an app does the work for us. In the growing world of shared economies, ride-hailing cabs reign supreme.

When you talk about ride-hailing apps, it’s all about Uber and Lyft globally, while in China it is Didi Chuxing, South East Asia runs on Grab, India still has a fight between Ola and Uber. However, there’s one clear winner in the Middle East – Careem.

And now the Dubai-based Careem has an India connection - it recently acquihired Hyderabad-based Commut.

Entrepreneur India spoke to Prasanth Garapati, founder of Commut about what got Careem interested in them.

Careem Hops on a Bus

Over the years, Careem has got a stronghold in over 14 countries and offered ride-hailing services. With the acquisition of Commut, it now looks at mass transportation. Garapati said that Careem was always keen to expand into mass transportation through the addition of bus services across its 100+ cities as an affordable option to serve more customers and build a mass transit eco-system in the region. “Careem found a natural fit with our team and the tech we have built and pressed ahead with the acquisition,” he said.

Prior to the acquisition, Commut offered bus services for transportation in Hyderabad. Buses are very affordable when compared to other transportation options and they’re the lifeline to our congested cities as they help a greater number of people commute in fewer vehicles.  Talking about the acquisition fit perfectly for both parties, Garapati spoke about the vision with which they started Commut. “We built Commut with the mission to touch and improve people’s lives by offering an economical, comfortable, safe and tech-enabled mass transit solution. We have done an excellent job with minimal resources in Hyderabad,” he said. 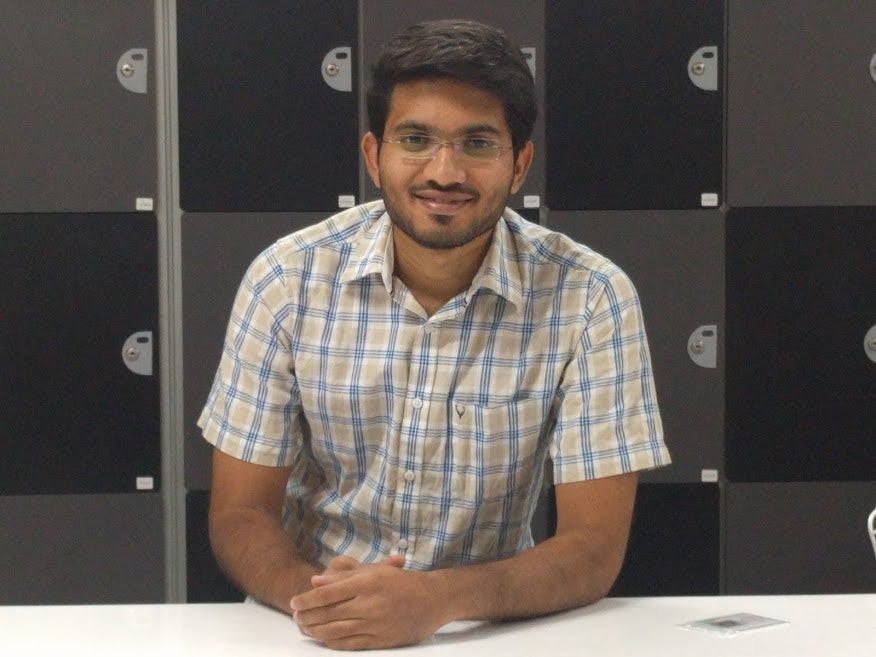 He believes that the mission they set out with is very much aligned with Careem’s mission to providing users with a safe, reliable, affordable and convenient means of transportation for people. “Careem already has a strong presence in the greater Middle East and is a dominant player in the ride-hailing segment with multiple forms of transportation such as bikes, tuktuks. The addition of mass transportation will be the lastest jewel in the crown of Careem,” he said.

Meanwhile, for Commut joining hands with Careem and building the mass transportation vertical, means they will be able to fulfill mission at a much larger scale. “We will have the necessary muscle to expand together across the region and touch millions of lives positively,” he said.

But one also wonders. How did a start-up from India’s Hyderabad get the Dubai-based biggie’s attention? Garapati has the answer. He believes that mass transportation is one of the biggest issues facing many of the fast-growing cities in the region and as a leading tech company from the region, Careem is looking for ways to solve this. “The Commut team has extensive operational experience given that we were operating for three years. The tech is also super strong and mature with over 750K bookings done. It was built with a global vision, making it was easy to integrate with Careem's core platform,” he said.

The six members of the Commut will be joining the core team for Careem’s bus division in the Middle East.

A Possible Ride Into India?

The acquisition means that Careem has an eye out for India’s growing ridesharing ecosystem. And does that mean a possible entry into India? Seems unlikely as of now. Careem is focused on the Greater Middle East and their acquisition of Commut was driven by the objective of moving into mass transportation, with buses being the natural mode to start with. “There is a tremendous demand for reliable, comfortable and affordable ways of getting around in the cities where Careem operates. It’s great to be going on this journey with them,” said Garapati.