As the world grows cautious towards cybersecurity, online users’ approach towards internet has changed. Netizens are not as carefree while using the web services as they were a few years back. The controversies like Cambridge Analytica Scandal and others have created awareness among the tech-savvy millennials to adopt better cybersecurity practices.

In an annual initiative to create a better internet space, OLX conducted a survey with over 26,000 netizens. The research revealed the youngsters’ attitudes and behaviour toward online safety. The stats work to drive awareness and a call to action to all users to actively play a part in creating a better internet, especially the younger ones.

Children between the age of 12 and 18 are most vulnerable to get trapped into the vicious circle of social media. 57 per cent internet users show negligence towards their own safety – both online and offline whereas 60 per cent of them do not monitor the content their kids view online.

Skipping legal directions while signing up for a service or visiting a website could be highly harmful too. Responding to the survey, 67 per cent said that they skipped the terms & conditions or any other safety guidelines while signing up to a website or using a product.

Changing the password to important account is one of the best practices experts recommend to save your account from being hacked. Unfortunately, 54 per cent users said that they had not changed the password to their social media accounts in the last 6 months, while 31 per cent said they cannot even recall how long it had been since they had last changed their password.

The habit of carelessly sharing one’s social media details with peers has got many innocent souls in trouble in the past. Well, it is the right time to learn people! Despite the cautionary statements issued, again and again, 56 per cent have freely shared their mobile number on their professional or social media profiles.

Contradictory to this overall neglect that netizens show to safety measures, there exists a high degree of awareness with financial safety. 68 per cent said that they had never shared their OTP or password for their bank account, social media accounts, laptop or phone with anyone.

For a better understanding of the risks online users are partaking in on the regular basis, let’s have a look at the following infographic: 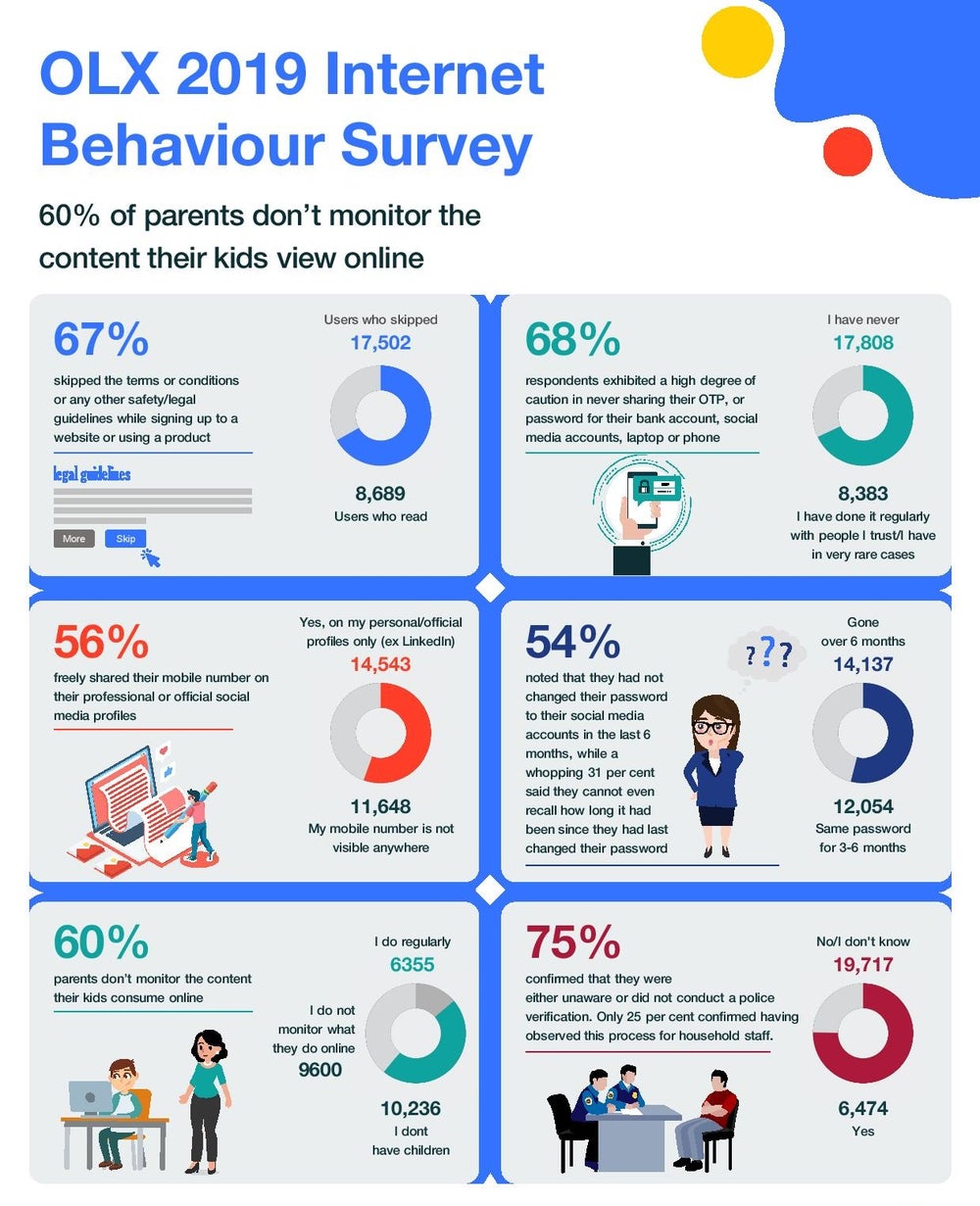 Coronavirus: Cyber Threats On the Rise Amid Outbreak

How To Prevent Business Emails From Being Hacked?