Tahnoon decided that if there was no place in the UAE serving takoyaki to his liking, then he'd create one of his own.

Ahmed Tahnoon exudes excitement as he remembers the first time he got to taste takoyaki, a popular Japanese snack made out of a batter from a special kind of wheat flour, which is cooked as balls with fillings containing octopus, green onion, and pickled red ginger, and then finally topped off with mayonnaise, takoyaki sauce, and bonito flakes. It was March 2014, and Tahnoon was in Japan’s culinary capital of Osaka when he was treated to a serving of takoyaki, blissfully unaware that this was the moment that would transform his life as he knew it to be then. Tahnoon remembers: “After taking the first bite of the takoyaki, I had only one thought on my mind: ‘How come I’ve never tried this before?’”

This was the question that Tahnoon, an Emirati electronics engineer working with the government, tried to answer on his return to the UAE, as he attempted to find places in the country that served this dish that he was so taken up by. But his quest for takoyaki didn’t yield any satisfactory results, and this story would have ended here, had it not been for Tahnoon donning his entrepreneurial cap. Tahnoon decided that if there was no place in the UAE serving takoyaki to his liking, then he’d create one of his own- and this endeavor began with him importing a takoyaki stove, along with some of the ingredients, from Japan.

Experimentation with takoyaki recipes soon followed, with his friends and family becoming the test audience for the same, who reacted in the same manner as he did: “How come we never tried this before?” And it was this reception that cemented Tahnoon’s belief that starting up an F&B enterprise serving takoyaki would do well in the UAE. “I had confidence in the product, and I was absolutely sure that I had no competition yet,” Tahnoon says. “And then, I started the first takoyaki kiosk in UAE at the Global Village, Dubai, in 2016.” 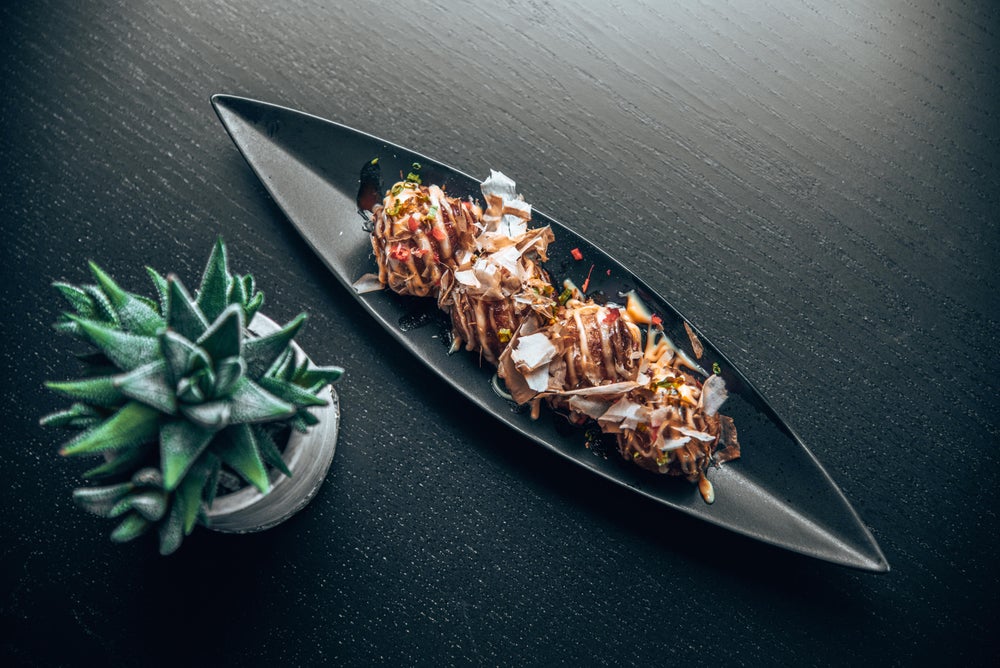 Tahnoon decided to name his enterprise Spheerz, a nod to the round shape that is characteristic of the takoyaki, and it was only a matter of time before his kiosk at the Global Village began to garner a fan following. In fact, the overwhelmingly positive feedback was what led Tahnoon to grow Spheerz further- September 2018 marked the launch of the Spheerz restaurant, armed with a full-fledged Japanese street food menu (which includes, besides its signature takoyaki, okonomiyaki and taiyaki as well), at Marina Cubes, a new leisure development located in the Port Rashid neighborhood of Dubai. In addition, Spheerz now also has a takoyaki cart that makes its presence felt at various pop-up events in the country, as well as a sub-brand called Yaki Box by Spheerz, which Tahnoon declares to be “the first Japanese BBQ box available through delivery” in the UAE.

It isn’t hard to see that Tahnoon is elated with (and proud of) what he and his team have built so far with the Spheerz brand, but he is quick to credit the feedback they have received from their patrons as being a key driver in making the business what it is today. “I would love to say that Spheerz is a traditional Japanese restaurant, but, in fact, intentionally, Spheerz is not,” Tahnoon says. “To be honest, the most unique selling proposition of Spheerz is the fact that it’s in the perfect spot between adaptability and tradition. It keeps the authenticity of the Japanese dishes, but also caters for the general taste in the region.

An example is the takoyaki that we serve. While our octopus takoyaki is as traditional and authentic as takoyaki can get, we also cater to the general taste in UAE, by providing original flavors like shrimp, chicken, and mushroom. This also leads me to my personal mantra about running the business, which is always listen to people’s opinions and feedback, and be able to take responsive actions, while staying true to the business model that Spheerz was built around.” 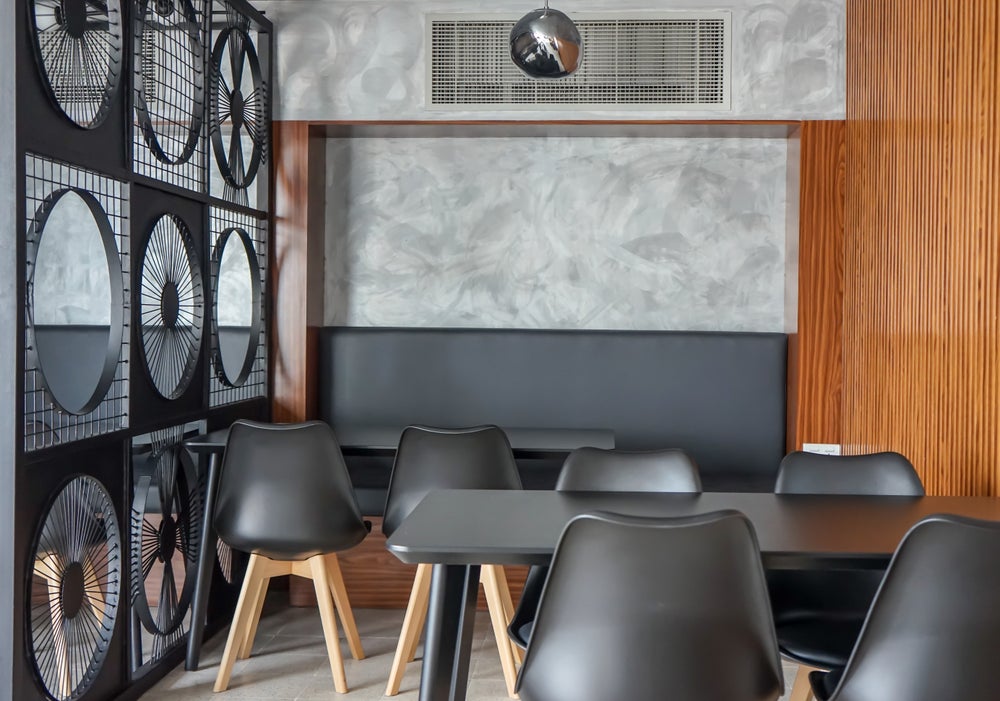 From a financial perspective, Tahnoon admits that the Spheerz restaurant wouldn’t have come into being had it not been for the support he received to set up and run his business. The first person he mentions in this regard is his friend Adnan Al-Raeesi, who came on board Spheerz as an investor in the restaurant after being impressed by its success at Global Village for two years, and by Tahnoon’s business plan and feasibility study for the venture. The business also found support from UAE entrepreneurial support initiatives like the Khalifa Fund for Enterprise Development, with the entity providing Spheerz with a 0% interest fund, as well as from Dubai SME, which provided Tahnoon with exclusive offers and fee exceptions that helped boost his business’ development and growth.

The set-up phase wasn’t all hunky-dory thoughthough Tahnoon thought he was ready for the task at hand by reading books and online publications on entrepreneurship, he soon found that not of all what he read applied to doing business in the UAE. “For a person who is entering this field for the first time, you get overwhelmed with trying to understand which entity is responsible for what,” Tahnoon says. “What is the difference between Trakhees and the Department of Economic Development (DED), for example? Another confusion is about the roles of the Ministry of Human Resources and Emiratization (from a business owner point of view), compared to the Ministry of Foreign Affairs and International Cooperation (which is more confusingly referred to in the field as simply ‘labor’ and ‘immigration’). One more confusion came from the services provided by Tasheel, compared to Amer, etc.”

In order to get these questions answered and perform the requisite processes for his business, Tahnoon was advised to get a public relations officer (PRO) for Spheerz, and he did make use of one’s services for a short while. But Tahnoon soon realized that if he wanted to learn about the business set-up process, then he’d have to go and get his hands dirty- as he put it, “I needed to get out there, and do things myself. Which, in the end, helped me get rid of the confusion that I had.” 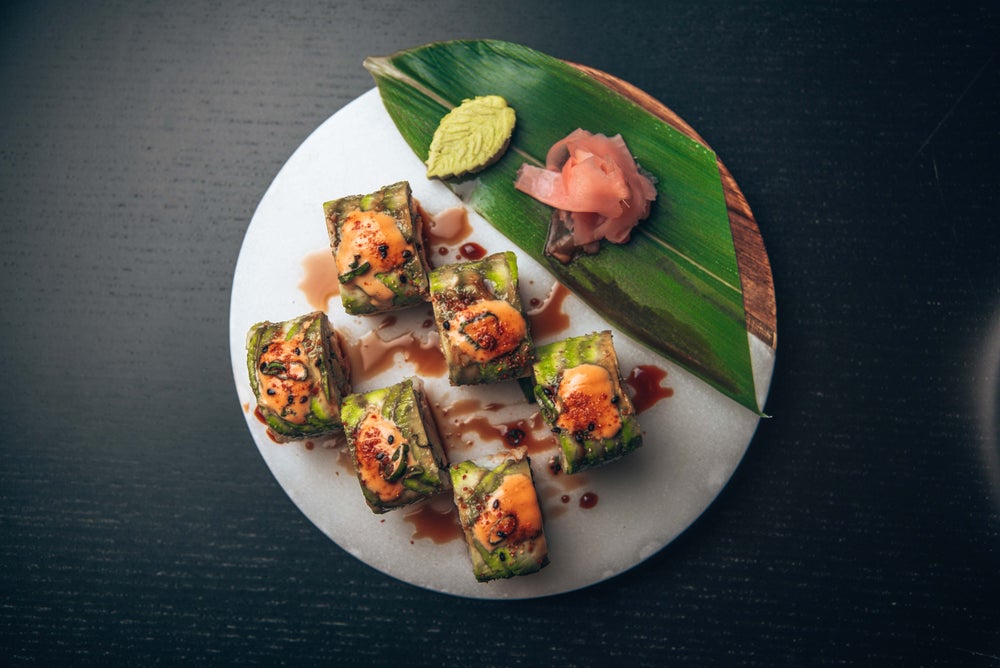 But despite hurdles like these along the way of his entrepreneurial journey, Tahnoon acknowledges that he’s had it better than most when it comes to setting up a business in the UAE. “Being an Emirati going through this journey, I absolutely and thankfully think that I am privileged. When setting up a business, I came to realize that I get to equally choose to set up in the Dubai mainland or a free zone, and still have sole ownership of my company (which, for a non-Emirati, is limited to a free zone or having a local partner). The other privilege is having access to the support entities and funds like Dubai SME and Khalifa Fund,” he notes.

From a personal perspective, Tahnoon believes his lack of know-how when it comes to managing finances for a business was a definite weak point- he didn’t have any clear financial statements in the first year of Spheerz, he claims. “But, realizing this problem and learning from my mistakes, I managed to improve my financial skills in my second year, and more so in the third year,” Tahnoon adds. “Up to now, I still do my best to improve myself in that department. I do believe that while it would have been ideal if I didn’t have this problem, but in realizing the problem, I managed to get over it, and it did make me a better entrepreneur.”

This has, in turn, allowed Tahnoon to have a grand vision for the future of Spheerz as a business. In the short-term, Tahnoon wants to better shape and strengthen the Spheerz brand and its foundational pillars, and thus allow it to grow, with its branches all over the UAE. “In the notso- far future, after building those bases and pillars, I want to create a franchise for Spheerz, and be able to cover the GCC,” Tahnoon adds. “Making Spheerz an international company is also one of my future goals and objectives.” 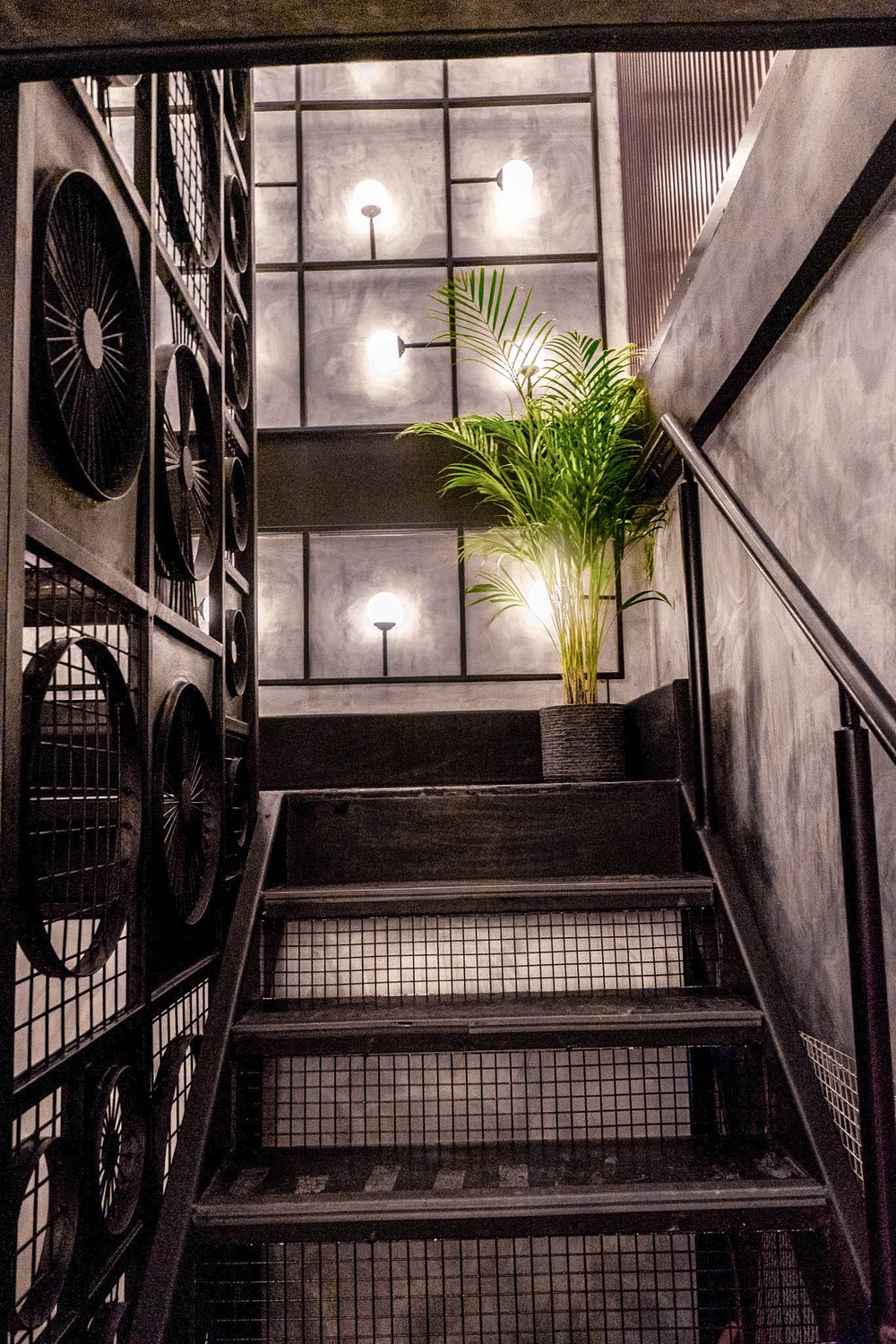 When Tahnoon speaks about his entrepreneurial endeavor, one may be inclined to think that this is a full-time exercise for him- and so, it may come as a surprise that besides running Spheerz, he continues to have a day job. “Spheerz is indeed my first entrepreneurial outing, but, for sure, it is not the last,” Tahnoon says. “I am an electronics engineer, and I have a day job as such in Abu Dhabi. I really love electronics and I plan to continue to pursue my passion for it, but since starting Spheerz, I have become fond of the F&B sector, and about being an entrepreneur. The juggling between my day job and the business have not been easy, and have proved to be challenging at times, but my passion for the F&B business have overcome those challenges. It made me be able to give almost all of my free time beyond my day job to the business. I really love and enjoy it. Ultimately, in the future, I want to be a full-time entrepreneur, working in both the F&B and electronics sectors.”

1. Passion matters “When you decide to start your own business, make sure that you are passionate about it. Don’t do it, because it’s a trend these days. Starting a business can be challenging and stressful, and unless you have the passion for it, you will struggle to push through those challenges.”

2. Stand out (to get noticed) “When you start a business, look for a unique selling proposition. Do something different. Stand out from your competitors, and last but not the least, think outside the box.” 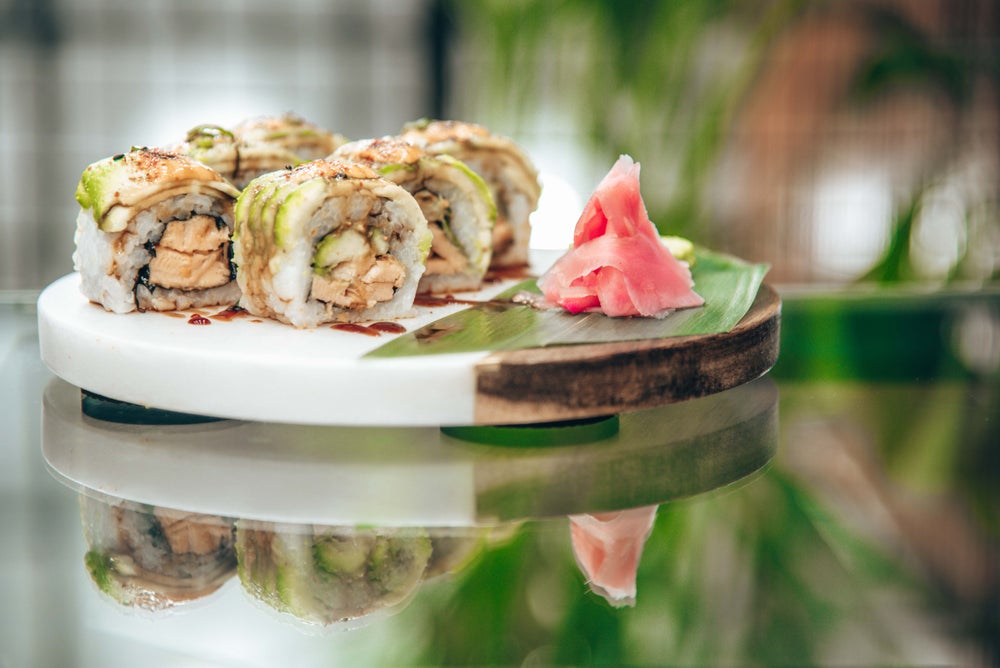 3. Determine your brand values “When creating your business brand, make sure you have an identity. Not only that, but also be specific about the identity of your brand, and make sure that you stay true to it throughout your venture.”

4. Preparation is key “Don’t try to skip anything in the process. Start with the planning, make a business plan, do the market research, understand your competition, create your business model, and build your feasibility study. Only then, start with the execution.”

5. Feedback is important “Always, always, and always, listen to your customers. Take their feedback and criticism, and use it to improve yourself and your business.”

6. Keep up with the times “Keep your business dynamic. The business world is a very competitive world. Unless you renew and adjust and enhance your services and products, you will be overthrown by your competitors.”

Why You Need a Personal Brand to Succeed