By Bhavya Kaushal July 2, 2019
Opinions expressed by Entrepreneur contributors are their own.
You're reading Entrepreneur India, an international franchise of Entrepreneur Media.

Ola Electric Mobility has raised $250 million from Japan’s SoftBank as part of its Series B round and clinched the unicorn tag. According to TechCrunch, the regulatory filings indicated that the EV company has crossed the billion dollar mark after raising funds from the Japanese Conglomerate.

Ola Electric Mobility, is cab-aggregator, Ola’s initiative of electric vehicles incepted in Nagpur. It has received the backing of Ratan Tata for an undisclosed amount. It was launched in 2017 and includes electric cabs, auto-rickshaws, buses, rooftop solar installations, charging stations, and battery swapping experiments.

Founder of Ola, Bhavish Aggarwal announced the fund-raising in a tweet by posting a picture of him with the super-power, Japanese Conglomerate's CEO & Founder, Masayoshi Son, however, a formal announcement on the unicorn aspect is still awaited. 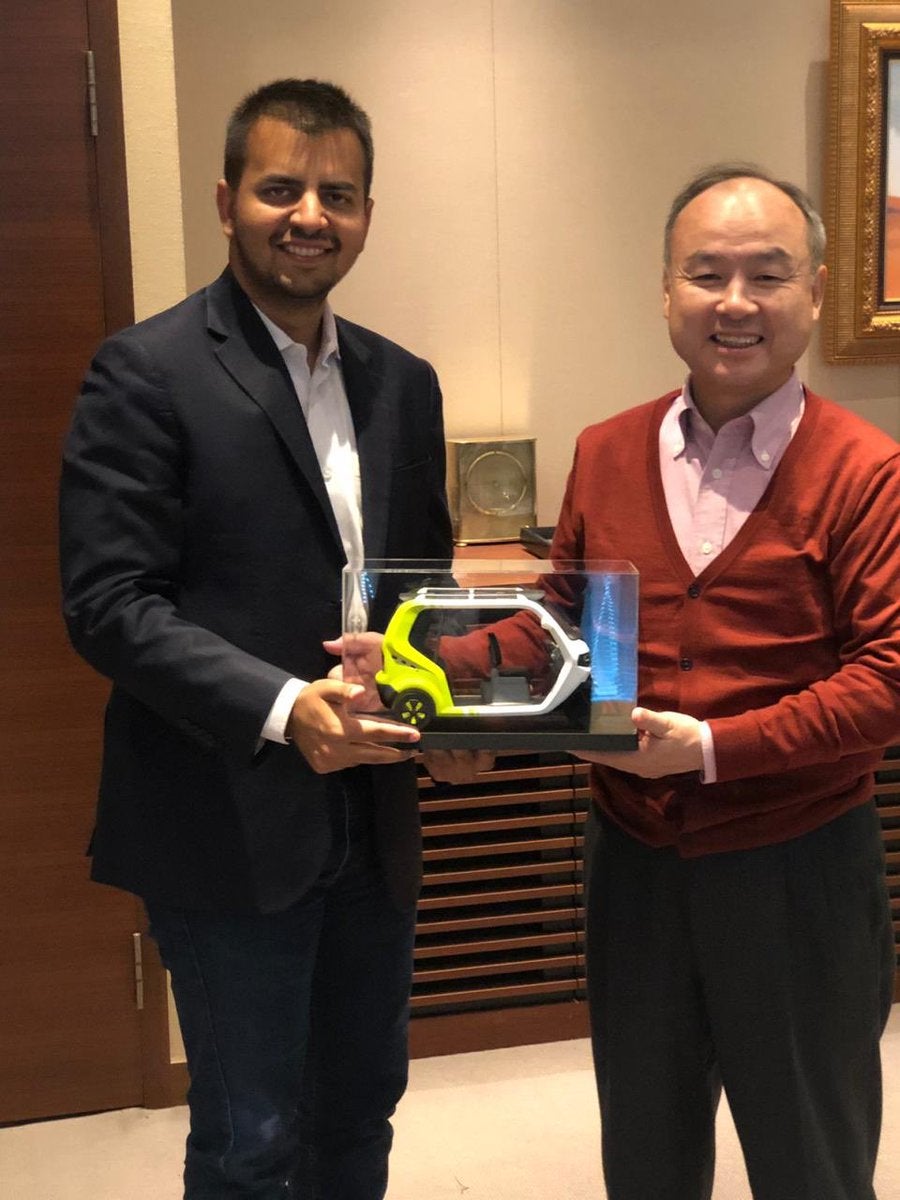 This is an interesting time for the electric vehicle industry. Recently, the country’s think-tank, NITI Aayog, proposed the selling of only electric vehicles post-2030, discouraging the production of petrol and diesel powered vehicles is the trigger for the Indian government. The National Electric Mobility Mission 2030, another initiative of government to promote EV production and sale in the country, announced two years back, aimed at achieving 30 per cent e-mobility in India.

Apart from Ola Electric Mobility, several other EV start-ups have got support when it comes to raising funds showcasing the mindset of investors towards environmental obligations and sustainable solutions. Ather Energy, Sun Mobility, Yulu, Mobicy are some of the examples of start-ups who have carved a niche in the sector.

The benchmark, however, has been set and created by Ola Electric Mobility, the first Indian EV unicorn. The company had earlier even committed to putting 1 Mn electric vehicles on the road by 2021.

India Gets Second Unicorn Of 2021 In Healthtech Startup Innovaccer

Digit Insurance: India Gets its First Unicorn Of 2021

A Music And Dance NFT Project With Real Life Use Cases