In an exclusive conversation Anand Ahuja talks about philosophy of his life, a company that he really wants to own, how he stays positive, his and wifey Sonam Kapoor's ritual and a lot more.

Entrepreneur Anand Ahuja needs no introduction. The man is quite popular for various reasons. From launching the brand ‘Bhane’ which youngsters can relate with to being a co-owner of 'VegNonVeg' - a multi-brand sneaker store to tying the knot with Bollywood’s beguiling diva Sonam Kapoor, the man is always making headlines.

The 35-year-old entrepreneur doesn’t just have a fresh scope with it comes to bringing comfy-fashion statement in the market but at the same time also keeps up his style-game giving many some serious fashion goals. And he is a big-time sneakerhead that will definitely make you have a collection of your own.

In an exclusive conversation with Entrepreneur India Anand Ahuja talked about philosophy of his life, a company that he really wants to own, how he stays positive, his and wifey Sonam Kapoor’s ritual and a lot more.

Became Entrepreneur to Create Something

Being an entrepreneur wasn’t always his plan. It when he realised that his family business ‘Shahi  Exports’, one of India’s largest apparel export house had the resource to create something that spoke to the young mind and creative.

“You know, I never wanted to be an entrepreneur, I wasn't driven to be an entrepreneur. For me, when I came back, the opportunity to create something that spoke to young creative professionals was just so apparent. And it was so sad, that there was nothing available. So I felt like an obligation that I have to use the resources we have at Shahi to create something. It felt more like responsibility, then, okay, I want to be an entrepreneur, I was very happy working at Macy's Inc and Amazon and other big companies, I had no issues where I wasn't one of those who owned something. So I'm very happy to be professional,” said Anand. 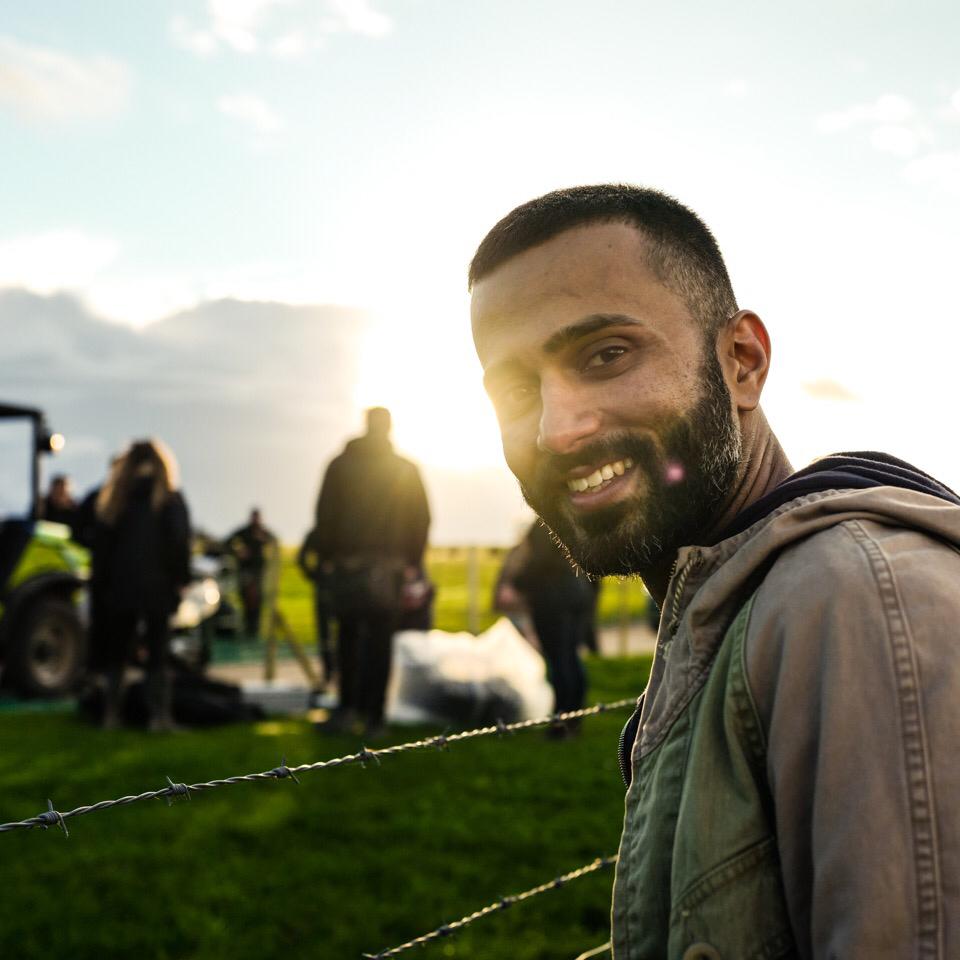 The Other Side of AA

While we all know his entrepreneur side, there is a lot more to him. He loves playing basketball, going on long walks and drives. It is one thing he honestly looks forward to. Playing basketball with his brother is another thing that he enjoys the most.

“Sonam and I go for walks all the time. That's sort of, and then, you know, we travel a lot already. I love going for walks and playing basketball just like that's honestly that I'll spend as much of my free time doing as I can. So it's really those two things.”

While his better-half loves reading, he, on the other hand, calls himself a very slow reader. “I think I'm trying to read more. Sometimes I walk alone listening to podcasts, I find that fascinating.”

To be focused one must have a clear vision and to have that one must write down what they think. Anand says that it is always nice to write down what your vision is. “The one I Iearnt is from one of the comic strip episodes when I grew up. And the guy who founded it practiced the ritual of writing down his vision every day. And you know, just like that I find it very powerful. I'll do it every day. But I shouldn't go wherever the vision takes me. You have to write it down, it keeps your focus on the big picture. So whenever things are really highly volatile, this brings you back to the bigger idea.”

Well, aren’t we all just crazy? If there is one thing that makes every Indian lose their head is the cricket match. We kind of eat, sleep and breathe cricket. Anand is no different; one of the craziest things he did was in 2011 when India was playing the World Cup in 2011.

When asked about it he said, “One thing that I did was in business school. India was playing in the World Cup. This was back in 2011, so India was playing with Pakistan in the semi-finals. I was watching it, I think it was a Wednesday morning in Philadelphia. And, you know, we were winning, I was talking to my friend and just jokingly I said that if we win get me a ticket. Anyways, we were talking and he literally got me a ticket telling me now you got to come. So on Thursday morning, I went to my class, and I spoke to the Professor. Luckily he was Indian and we had a calculus class on Monday. So I told him I might be going to India today and might not be back in time,” remembers Ahuja.

The next thing he did was go home, grabbed his gym bag, threw in some clothes and went to the airport with his passport. He in fact even brought his ticket when he was on his way. “I arrived at Delhi on Thursday night. I flew to Mumbai on a Saturday. Again I came back to Delhi on Sunday and Monday night I flew back. So that was probably one of the craziest things, it's so worth it,” he said. 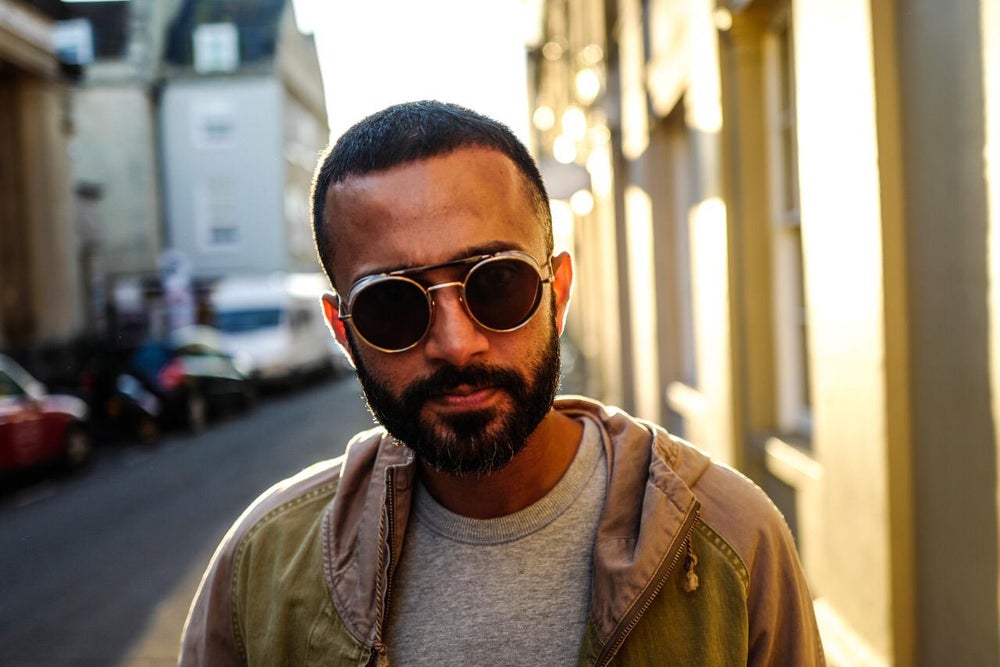 Anand is often traveling so sticking to a routine is quite tricky. But he loves mornings and gets up early, followed by a light workout. “In London, I'll go for walk over here, obviously, it's quite hot. So I might just do some stretching mobility and stuff at home while do some indoor cardio, and then I'll go to work early. I'll also leave work early and like around 4-4:30, then I'll go to the gym. And, then I'll have early dinner, then I'll continue with the evening. I just chill out not much of going out. So relaxing then and I will show in the evenings. And Sonam will read. And I'll just sort of do some work and we'll sleep.”

His love for Basketball is known to even someone who has read the least about him. So when asked if not an entrepreneur what would he ideally like to be, he simply said, “Oh, I want to be a basketball player.”

To Own The Biggies

Any entrepreneur who gets inspired by other entrepreneurs is a sign that they believe in learning. Like any businessman, if given a chance Anand would want to own some companies as well. He believes in what Apple has done and would love to own it if given a chance. “The question is very interesting. I mean, you know, Apple has been such an iconic company of our generation. I've seen it obviously, we've been so lucky to see. In school, the apples, the desktops are so big and rich have died down with Steve Jobs laughs and we were on PCs. And then you came back and we saw these big changes, the iPhone and iPads were everywhere. And I know, I feel obvious very strongly about what they've done.”

He is also a fan of Tesla but Apple is one of the companies he would love to see what's going on in there, after all, it's really defining such a big part of our lives. Adding to the list is also Dyson. He is obsessed with how James Dyson is coming up with these inventions and now they are even working on the electric car, the new itself excites him.

Picking one person as your role model is often something that many of us do. But Anand truly believes that you learn a lot of different things from different people. “You know, growing up, you always say, it is your dad, and then when you get a little older, you say, okay, he wants to be a mom. Our grand mom started this business. So, you look at her and you just want to show her that.”

He also looks up to his brother and how he manages his work and hobbies seamlessly. Even his wife Sonam Kapoor is a role model to him. “Since the first time I spoke to her, I just feel sort of inspired by everything she had. She had experienced the work and we actually spoke about work on our first long conversation.”