The startup is a value-added marketplace of work, meeting, and event spaces, which allows users to book everything from meeting rooms to banquet halls to co-working spaces to serviced offices.
Next Article Add to Queue

As entrepreneurs set up shop in Dubai (and with it, the need for a business address in a commercial building as required by law to complete your license process), so does the demand for locations that cater to young enterprises wanting to keep their costs low as they test out the market. A UAE-born startup is now offering a cost effective and suitable solution to meet this need: fluidmeet, founded by Jareer Oweimrin and Suleiman Salloum, is a value-added marketplace of work, meeting, and event spaces, which allows users to book everything from meeting rooms to banquet halls to co-working spaces to serviced offices, all from the startup’s app and website. Both the founders used to be management consultants working across the GCC region, with their tasks including meeting clients, delivering workshops, and training within organizations.

As such, every time they needed a space to host these sessions, Oweimrin remembers facing a host of issues as they tried to identify the area they needed, research venues offered in this area, then call them and enquire about its details and amenities. It didn’t end there though- they then had to wait on proposals, which could take hours to days, and then compare it all to finally decide on one, following which they’d have to head to the venue, and submit the payment, before actually using the space. If it weren’t clear already, Oweimrin and Salloum found this process to be extremely tiresome and unnecessarily time-consuming, and that’s what led them to find a better way to do things, and thus, fluidmeet came into being in 2015. 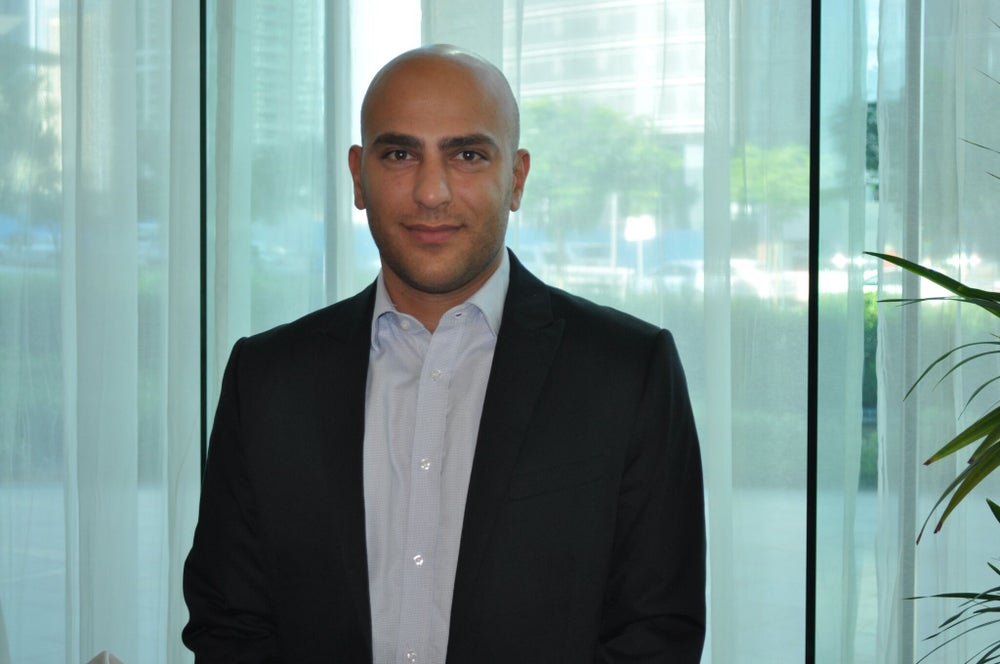 When they started out with fluidmeet, the founders knew there were others who faced challenges like them, and so they started with asking colleagues in the consulting industry, like trainers, life coaches, and recruiters who often needed spaces on demand. Venue providers bought into their idea at the prospect of gaining more business, and a streamlined inquiry and booking platform. “It turned out that the industry was highly fragmented, and in dire need of standardization- fluidmeet stepped up to the plate.”

As they built their business, forming a stellar team was the first hurdle, and Oweimrin believes it was their “defined values” set early on that helped the startup navigate such issues. The young compay also exercised financial prudence by being cautious “about the money that came in, as the money that went out.” He commends the support of friends and family as tantamount, since they were the avenue to fluidmeet’s first customers. For their current strategy, the team has invested in (and continue to invest in) over 15 digital marketing channels, plus events and roadshows to market the product. 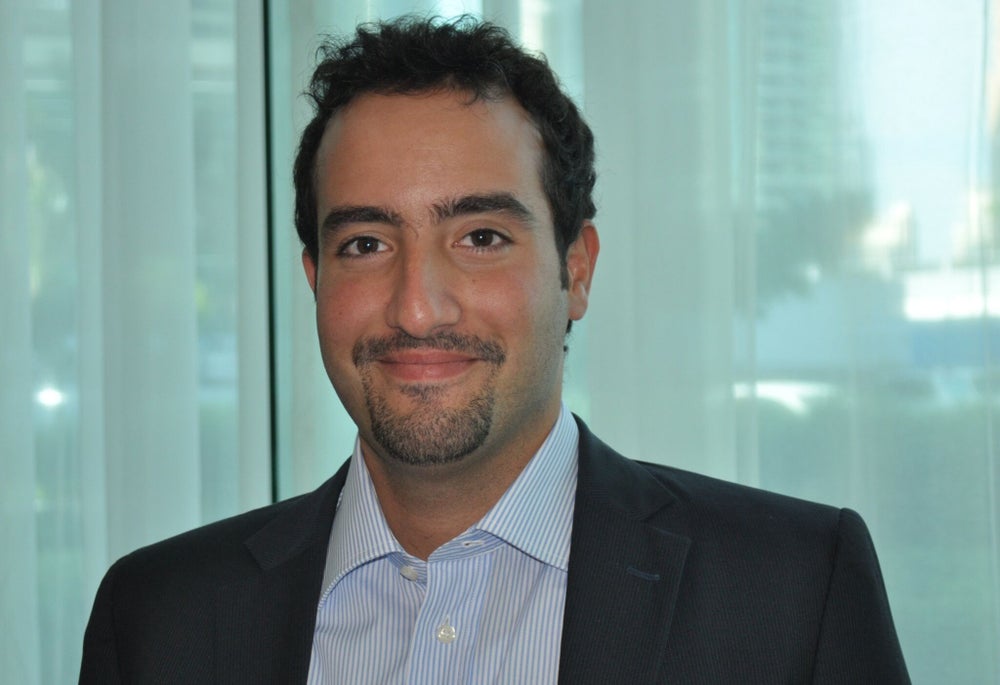 It’s worth mentioning how the startup evolved with their customer’s needs as well. Initially, fluidmeet started offering meeting rooms in business centers and hotels. They later found that people would want to work from serviced offices and co-working spaces- these were then quickly added to the platform. They also realized that some prospective clients were looking for freedom from contracts and long-term tenancy. But they also had prospective clients who wanted to book or inquire about spaces for weeks or months at a time so, the team developed the platform to accommodate both user journeys. The startup today offers meeting rooms, co-working spaces, serviced office spaces and event spaces on an hourly and daily basis online, while those seeking for spaces on a monthly or annual basis can request for calls or tours as well.

The fluidmeet team also began to understand the differentiating factors between a meeting room request and an event space request with regards to guests and functionality of the space, and, as such, functionalities for food and beverage requests and accommodations were added online then. Besides offering various free and paid subscription agreements for hosts, they also noted how providers sought business efficiency and productivity- this prompted them to create a customer relationship management tool to manage space listings, bookings, production, advertising and marketing. “They began to see new performance metrics related to their spaces that had been on Excel at best, or sometimes on paper, if not anywhere at worst,” Oweimrin says. 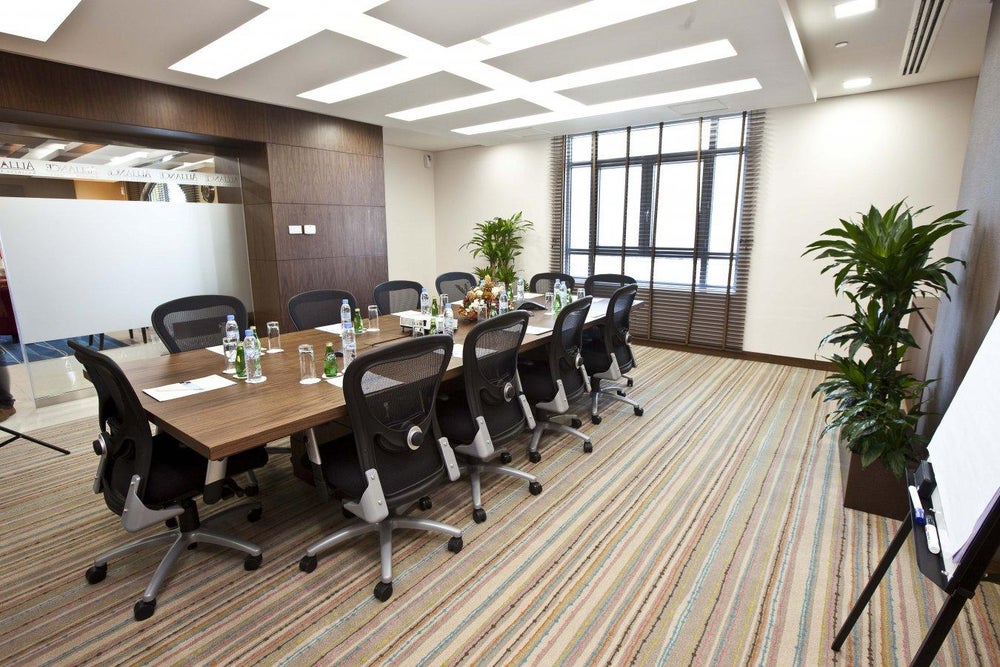 The founders recall that fluidmeet’s visitors didn’t exceed 500 visits in the first few months, but it currently receives over 40,000 visitors on a monthly basis, with more than 2,000 spaces showcased on the platform today. Noteworthy milestones for the startup include gaining an undisclosed investment from a family group based in the GCC as an angel investor, which paved the way for a large marketing campaign in January 2016, which was followed by forming strategic relationships with travel agencies, aggregators, and law firms.

The following year brought in the introduction of an automated request for quotation service for event seekers, plus diversification in the form of moving from corporate bookings to include social segments as well, such as a wedding and anniversary inquiries. In 2018, fluidmeet implemented subscription-based featured listings, launched its apps, and also kicked off operations in Bahrain and Saudi Arabia. 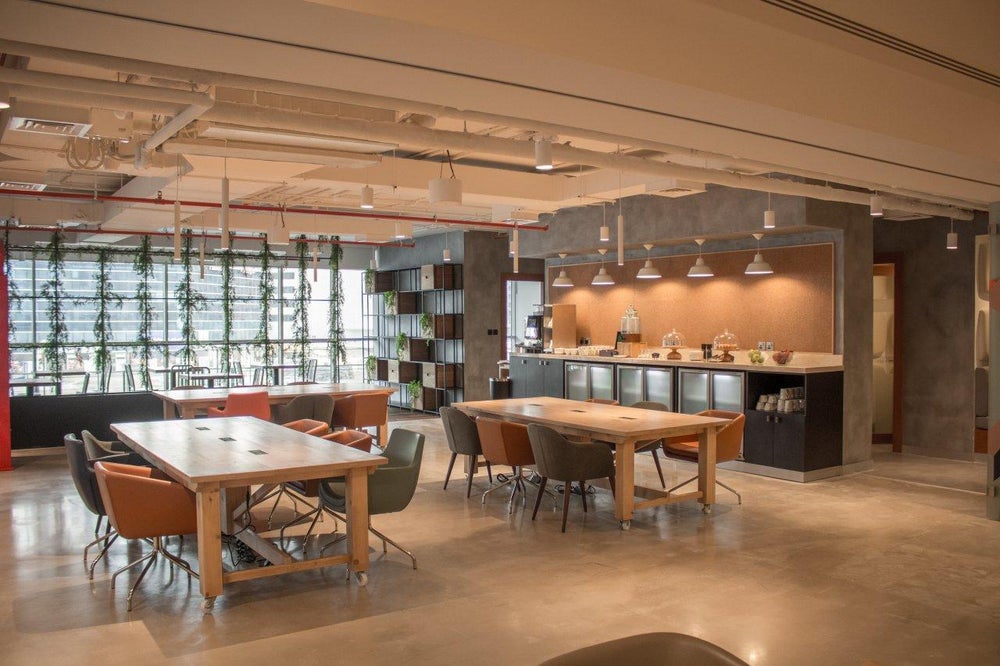 NEST Dubai co-working space
Source: fluidmeet
The rise in popularity of co-working spaces is another trend that Oweimrin seeks to capitalize on when it comes to fluidmeet. “The ability of these spaces to be more dynamic than other workspaces are quite profound, and it will have major implications on the real estate market in the future,” says Oweimrin. “Our belief is that the WeWorks of the world have played an important role in this evolution, and our role as aggregators and enablers will help shape this transition.”

For the next few months, the team’s focus is on building a scalable technology and operations platform that works with external providers. They’re also preparing to raise around $2 million in a pre-Series A round to grow their business- the team’s expansion is on the cards, as is entering new markets like Egypt and the Levant. Oweimrin also asserts fluidmeet’s aim of growing to multiple geographies over the next few years from Asia, to Africa, and then Europe. 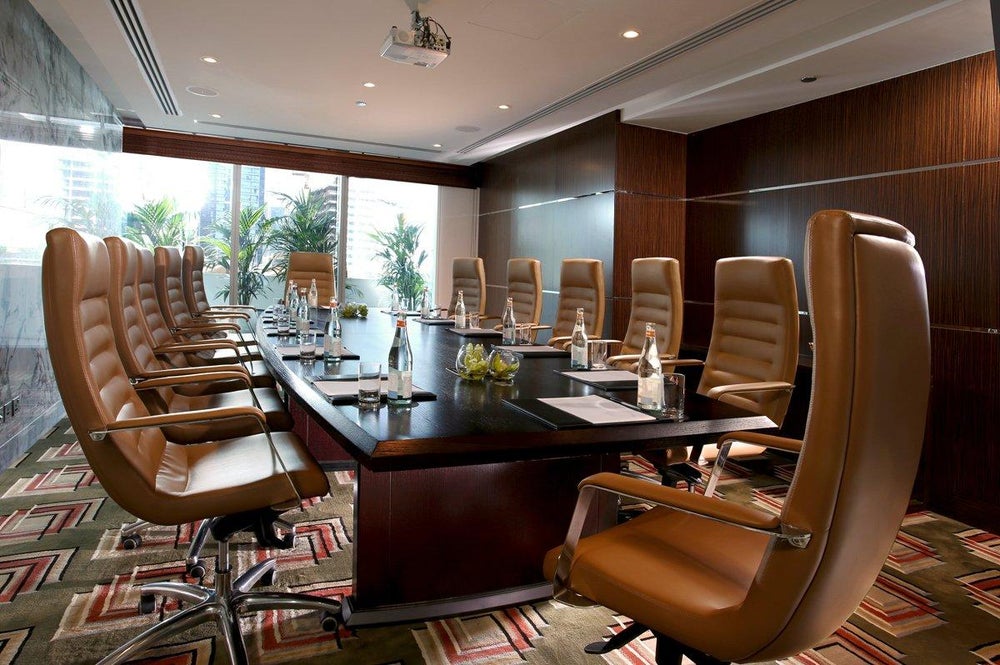 Bonnington Meeting Room
Source: fluidmeet
“It’s already on that trajectory, but guiding the ship takes calculation, finesse, and a little bit of luck,” he says. “Our dream has always been to grow fluidmeet into a global brand. We have always looked to fluidmeet as a realization of the Dubai dream. Its value is synonymous with everything that’s been built in Dubai. It’s a land of dreams and opportunities, and fluidmeet is just one of those opportunities that has been growing beyond its peers.”

Related: Five Questions You Need To Ask When Choosing A Workspace Solution