By Dipen Pradhan September 3, 2019
Opinions expressed by Entrepreneur contributors are their own.
You're reading Entrepreneur Asia Pacific, an international franchise of Entrepreneur Media.

Southeast Asia’s technology-driven startups raised close to US$6 billion in more than 332 deals during the first half of 2019, with fintech, healthcare and logistics sectors demonstrating solid growth, according to a recently published funding report by Singapore-based venture capital firm, Cento Ventures.

The report suggests that investments during H1 2019 was lower than investments during H1 2018, with $8.3 billion in more than 177 deals, however, the VC is of the view that the total investment in 2019 will match the total investment amount in 2018, expecting unicorns such as Grab, Go-jek, Traveloka and Tokopedia to attract sizeable funding during the later half. The SEA startups generated more than $3.6 billion in 183 deals during H2 2018. 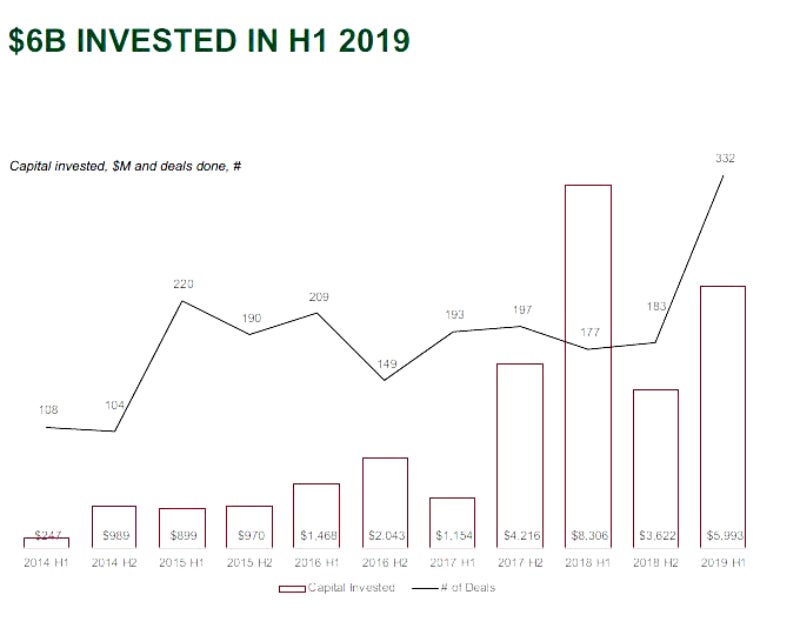 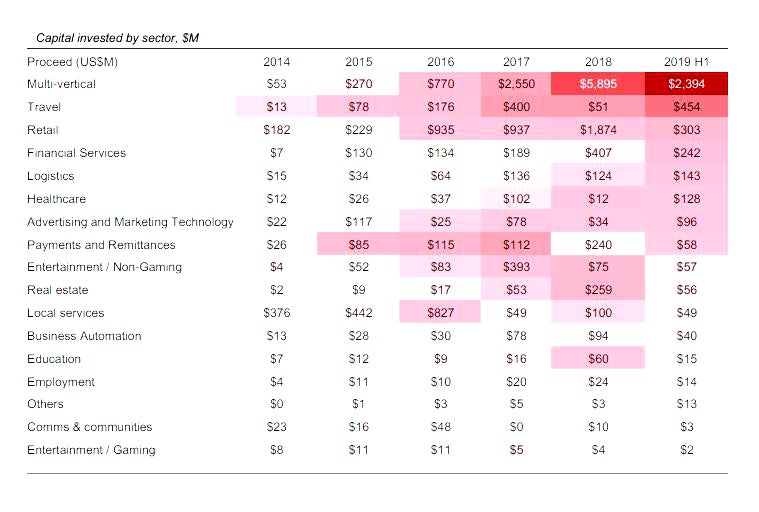 The report further suggests that online retail services and local services, along with ‘multi-vertical’ companies remain the most heavily funded categories, while other categories such as real estate, business automation, and advertising and marketing technology are also attracting increasing attention by deal count. Financial services and travel sectors continue to attract investment, but logistics and healthcare sectors were the most funded sectors during H1 2019.