With a big chunk of management graduates in India deemed unemployable, Sunstone Eduversity seeks to make higher education accountable with a pay-after-placement model and working closely with recruiters.

Sunstone Eduversity, an education technology start-up that offers pay-after-placement, has raised INR 11.3 crore in a funding round led by Prime Venture Partners. Some others who participated in the round were LetsVenture, PS1 Ventures and Rajul Garg. 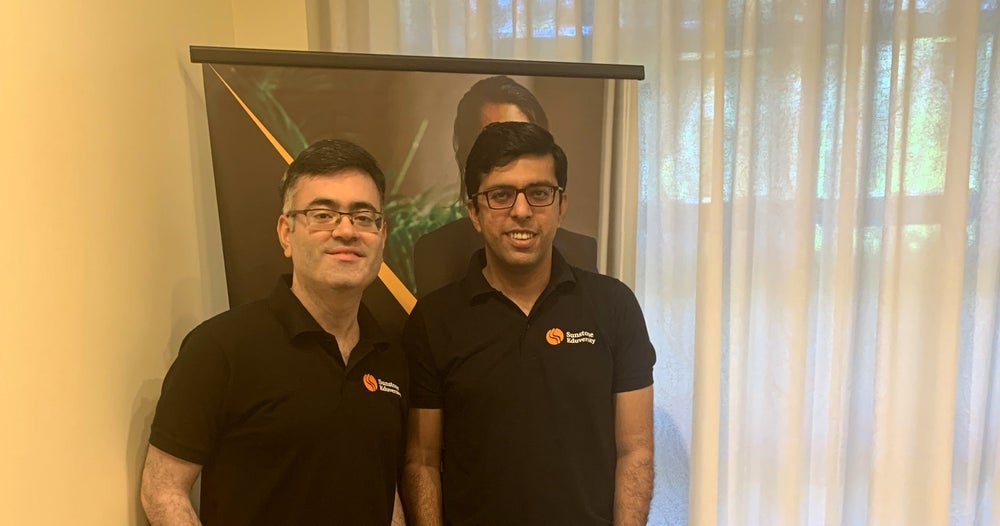 The Sunstone brand was founded in 2015 by Rajul Garg and operated at a much smaller scale until last year. Munjal and Piyush Nangru acquired it from Garg in January. It currently has partnerships with five institutions in three cities.

When enrolling, students are charged a nominal fee for the 2-year full-time business management programme. The course fee is ten times their monthly salary and needs to be paid only after getting the job.

“We are making higher education accountable,” co-founder Ashish Munjal said in a statement.

A 2019 report published by the All India Council for Technical Education stated that only 36.4 per cent of MBA graduates were deemed employable. This compares with 44.6 per cent in 2016.

Sunstone says it works closely with corporates and seeks participation from corporate leaders in designing the curriculum.

“Our model is able to produce industry ready professionals who can start contributing towards an organization’s success right from the beginning,” Munjal said.

Sunstone has allied with recruiters such as PayTM, Swiggy and Flipkart, according to the company’s website. The average salary package is INR 4 lakh per annum.

The start-up approaches colleges where the placement ratio is likely not as high as those in the top 100, and takes over.

Sunstone has a hybrid model for teaching, where apart from the local faculty at a college, they use technology to bring top faculty across the country for certain course modules.

Munjal said all of Sunstone’s courses have courses around communication and knowledge of basic tech as these skills have become increasingly important to be job-ready.

According to him, it is a necessity to have measurable outcome for each student. If a student isn’t understanding a concept, it shouldn’t be the case that the institution comes to know about this shortfall only after the exam results come out a few months from then.

And for that, technology is playing a major role, said Munjal. “With technology, we can track each one of our students in real-time on a daily basis.”

Sunstone has a system in place where students need to do a worksheet after every lesson on their learning management system. If a student appears to not have understood the concept, the system asks him to take some form of remedial action.

The company operates on a shared revenue model with the colleges.

Gurugram-based Sunstone said it will use the new funding to build its partner college network and invest in technology and curriculum.

It plans to achieve a seven times growth in student enrolment and add over 2,000 students across nine cities next year.

“Higher education in India has hardly seen any innovation whether in curriculum or in methodology in the last few decades,” said Prime Venture’s managing partner Amit Somani, adding that Sunstone is addressing this with tech-led pedagogy and an attractive business model.