Union Minister of Road Transport and Highways and MSME, Nitin Gadkari, inaugurated the 39th India International Trade Fair (IITF). He was accompanied by the Minister of State for Commerce and Industry Shri Som Parkash. The fair has been an unprecedented platform for exhibiting the entrepreneurial skills and ingenuity of the Indian public.

Gadkari expressed his views on the role of MSMEs in the growth of the nation and its economy. The edition of the fair is based on the theme related to “Ease of Doing Business” inspired by the unique achievement of India for bagging the 63rd rank on the World Bank’s Ease of Doing Business Index 2019 from 142nd rank in the year 2014.

Gadkari addressed the gathering at the event and said “the country has made progress and achieved milestones in the field of small businesses. He added and MSMEs contribute up to 29 per cent of India’s total exports.”

Bringing in the employment aspect, He mentioned that MSME sector has generated employment to over a crore people recently.

Importance of Entrepreneurs in the  MSME Sector 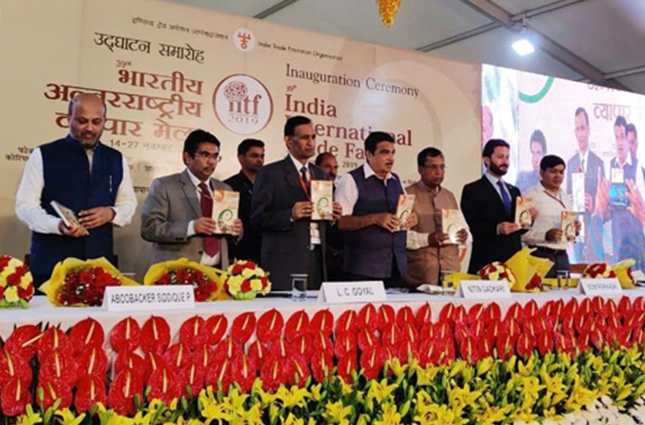 In a quest to bring innovative ideas and efforts in MSMEs, Gadkari called upon the creative entrepreneurs belonging to their specific work areas to come forward with fresh ideas on improving designs, harnessing businesses and reducing costs of. Entrepreneurs play a vital role in pushing enterprises ahead with their progressive efforts and collective thought process. Through their efforts, small and medium companies get a boost to increase production without increasing costs, giving rise to augmented economy.

Minister mentioned about the natural richness of the nation and its traits to turn itself into a business or industrial production opportunity. He said that various states are abundant with rich minerals and raw materials are abundant in various states. The need is to transform them into an industrial opportunity and set up production plants. He added that the government is working on setting up new technology training centres for quality production,hence,.making the produced material is globally acceptable and attractive to international investors and buyers. 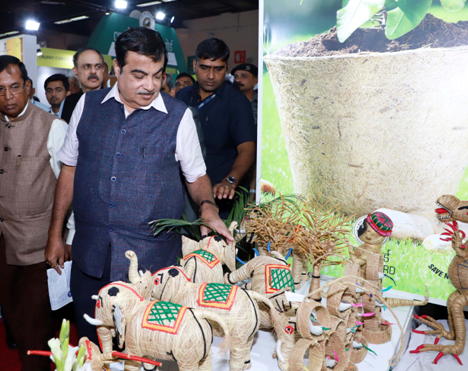 IITF offers opportunity for large corporations, Micro, Small and Medium Enterprises, non-government agencies, artisans, self-help groups (SHGs) to promote their products and services to a very large number of potential  customers. The fair is an important platform for various departments and agencies  of central and state government for dissemination of information on progressive reforms, new schemes and initiatives. It serves as a convergence point for government agencies, private sector enterprises, and non-government institutions which have aligned their activities with the country’s development objective.