12 Simple Yet Impactful Things To Learn From Anand Piramal

Anand Piramal talks about the family business, how entrepreneurship is like cricket, making your own niche and more
Next Article Add to Queue

Being the son of Ajay Piramal what does it mean and how do you match up to the expectation? A question he has heard tons of time. This time was no different, during his talk at Ascent Conclave 2019, he answered several questions that young entrepreneurs had always wanted to know.

From family businesses, professional run to how entrepreneurship is like cricket, here are 12 things we learned from his journey.

1. The Pressure - Being Sons of Self-Made Billionaires

A question he has been asked hundreds of times. When born into a wealthy family that has a legacy, you often have your hurdles to deal with. However, Anand Piramal looks at being the son of Ajay Piramal as an inspiration rather than being pressurised by it.

“I am inspired a lot by the Gita (700-verse Sanskrit scripture that is part of the Hindu epic Mahabharata) and it says ‘Do your best and leave the rest.’ So I feel rather than being burdened by the shadow of somebody successful, one should understand we are all staged to play our part. All of us have our own swadharmas and core purposes. We should find what that is and do our best to achieve it. At the same time, all these successful people are a great source of inspiration. I use this as an inspiration,” he said.

Being a Tata, Birla, Ambani, Piramal leaves you with tons of expectations. In fact, being a second-generation in any family business puts you in that spot. The point is how do you cope with it? Do you give in to the pressure? How do you manage those expectations?

“Don’t use it as a burden, use it as an inspiration. Do the best you can because that is the only thing you can do other than using it as a benchmark or burden. And as the Geeta said if you don’t get the results in this life, you will get it in the next life, so not to worry,” he said smiling.

Citing popular commentators Harsha Bhogle’s talk Anand said, “I take a cricket analogy, Virendra Sehwag and Rahul Dravid are both cricketers but Sehwag can’t hit a straight drive like Dravid. And Dravid may not be able to hit a six like Sehwag. So if I’m born a Dravid, I don’t want to be Sehwag. In fact, I don’t want to be my father. I want to find my strengths and weakness and try to use those as effectively as I can.”

During his undergraduate years, Anand went to Italy. The businessman was always fascinated by the country’s rich cultural heritage. While he was working with his professor and talking about the history and civilization, prof. said, “Your country is thousands of years older than ours and its richness is second to none. Go back and contribute to your own country rather than singing paeans of the West.” That statement created a huge impact on Anand’s mind.

“I decided that I wanted to go back to India and do something that contributes to and participates in economic growth. So we built our rural healthcare initiative based on that. I think you are in a country which is filled with opportunities. You should follow your passion if you have your basic financial stability in place. To do something you love everyday, your vocation becomes your vacation. One of the richest experience of my life and even when sometime later I had a discussion with my father –in-law, he told me that one of the richest experience of his life was when he built his refinery from scratch.”

There was a time when like any person Anand has his own sets of confusion. It was then when Mukesh Ambani (now his father-in-law) gave him one of the best advice.

“When I was 27-28, doing my MBA in the USA, I went to him and said at the beginning of being an entrepreneur should I be consulting, investing like my sister? He gave a cricket analogy, ‘being an entrepreneur is like playing cricket. Being a consultant or investor is like commentating about cricket. He said you can’t learn how to be a cricketer by being a commentator. If you want to play cricket make your own mistakes, go to net practice, play matches and that’s how you really learn. If you want to be an entrepreneur don’t waste time being a consultant or an investor. Get your hands dirty. The second thing he told me was everything you want to achieve, achieve before the age of 30’.” 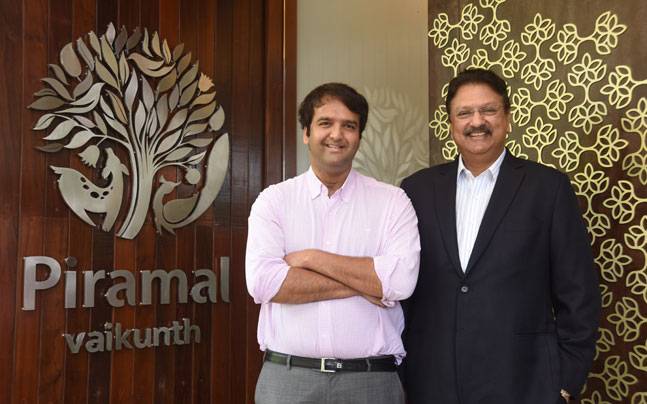 How many of us often fear to dream? We often think we might fail and talk about the same, Anand said,

“Once, I had the fortune of meeting Dr. Abdul Kalam and he told me that every principle of Science fails to explain why a bumble bee flies. It has disproportionately small wings, and a very fat body. In life one should have the courage to pursue their dreams even if they are not rooted in reality. I believe that people have phenomenal capacity and destiny is not written in the lines of your palms but by the grasp of your hands. If you really believe in yourself, you can achieve much more than even you think you can.”

Family business or professional manager, the most-debated topic! It is quite hard to side when we talk about it, giving his perspective Anand pointed out that as a leader, it is always important to complement and supplement your team with people who are brighter than you and know better and more than you in certain areas.

“Whether you are a professional or family-run, I have seen families control many-many businesses be it in India or even in the USA. I feel that family businesses have a long-term orientation. But both are successful and we need to have a combination of both,” he said.

Instead of just taking over the family business, Anand ventured into several businesses and learned the importance of values.

“I have learned how important values in an organisation are. When I joined the company, I thought values are a part of the game but when I left, I realised values and culture are really the game. For instance, one concept we try to understand and spend a lot of time on in our Group, is that of trusteeship. I feel older businesses would think only of their shareholders but I feel in today’s world, to create long-term value you can’t just think only of the shareholders, but as a trustee of all different stakeholders: customers, environment, employees, society and only businesses that do good for society will succeed in the future,” he explained.

Anand started both his businesses on own so he had less comparison with his father.

“I feel if you are the son of Sunil Gawaskor you will be expected to be a batsman only. I feel all the teams that I recruited came because they knew what they were getting into before they worked with me. So it was a little bit easier. The opportunity to make mistakes early on in your career, if you have that opportunity it’s a very good way to learn,” he said.

When times get tough you always look up to something to divert your mind, Anand is a sports player and often read spiritual content.

“Playing any competitive sports helps. During the weekends I try to play because for that one or two hours you don’t think of anything else other than the sport,” he said.

What does the man have to say to everyone out there?

“Just have the courage to try to make a difference in the world. There is so much opportunity that our country offers, we can bring a positive change and leave a better place for the next generation,” he said.

The only way to unlearn is to make mistakes. We all learn things but with times, one needs to let go of what you have learned and inculcate new things. So when you go to the ground and make mistakes, do you unlearn what you’ve learnt.”

Having said, Anand Piramal's thoughts might sound simple but they are just so relatable that any entrepreneur who has been going through the same thought process might find these 12 things as an impactful takeaway.

Hire Your Next Remote Team Member from One of These 20 U.S. Tech Hubs

What Should You Do When Team Members Aren't Pulling Their Weight?