Indian employees may see a 9.2 per cent growth in their salaries in 2020, according to the recently released report

By Shreya Ganguly December 2, 2019
Opinions expressed by Entrepreneur contributors are their own.
You're reading Entrepreneur India, an international franchise of Entrepreneur Media.

Paying your employees in just way is extremely important for any organization. Employees are the most valuable asset and providing them with their worth in return for their hard work is important to maintain employee satisfaction and retain them.

Indian employees may see a 9.2 per cent growth in their salaries according to a recently released report, Korn Ferry Global Salary Forecast 2020. The report, however, said that inflation may cause a setback to this projection and thus the real salary increase in India is estimated to be 5 per cent.

According to the report, India might see the highest salary growth in Asia. It also said that the highest real wage growth is expected in Asia, with salaries forecast to grow by 5.3 per cent in 2020. Considering the inflation rate of 2.2 per cent, real-wage salaries are projected to be 3.1 per cent. 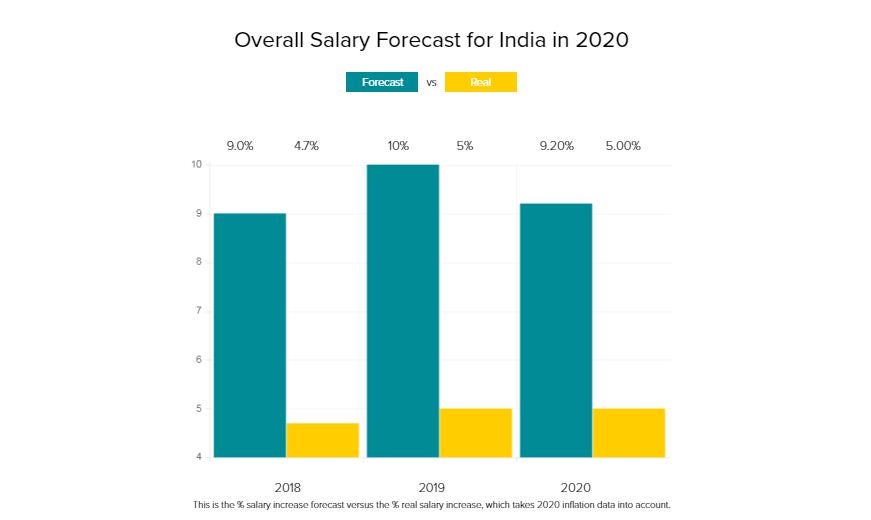 According to media reports quoting Rajiv Krishnan, managing director at Korn Ferry Advisory India, the country projected a strong growth even at a time when real wages have gone down. Owing to the current economic situation and government reforms, there is a sense of “cautious optimism across sectors in India” which projected a high salary increase.

Last year,  Willis Towers Watson’s 2018 Salary Budget Planning Report had predicted a 10 per cent rise in the salaries of Indian employees for 2019.

“There is good news for workers in these numbers in that real wage growth is projected to be higher than in 2019. But the lower rate of inflation embedded in the numbers may also foreshadow expectations of a stalling economy in several key countries, which could in turn lead to higher rates of unemployment,” said Don Lowman, Korn Ferry Global Leader, Rewards and Benefits. 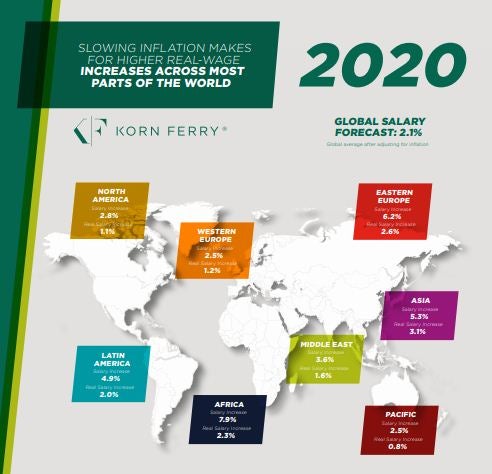 Some global highlights are: