Folia, a plant-based menu developed by international celebrity Chef Matthew Kenny and HRH Prince Khaled bin Alwaleed’s KBW Ventures, has now made its way to Dubai. The conceptual menu, first piloted at the Four Seasons in Beverly Hills, saw its GCC launch in Manama at the Four Seasons Bahrain Bay. Now, UAE residents can head to the eponymous dedicated venue, purpose-built for the launch at the Four Seasons Dubai at Jumeirah Beach.

Prince Khaled, a venture capitalist long known to advocate for plant-based business models, was one of the first investors from the GCC to get involved in big name alterative proteins, including cellular agriculture food tech startups out of Silicon Valley.

Until now, Folia, a F&B consultancy, has been rolled out in existing restaurants, with the Dubai launch the first-ever to have a standalone outlet. “The UAE’s launch of Folia at a dedicated venue, part of a property renowned for its natural beauty, is a huge milestone for our collaboration with Matthew Kenney,” Prince Khaled said. “We see Dubai as an extremely important market for healthy cuisine, and we’re confident that the residents of the Emirate will enjoy both the experience and atmosphere of the venue while delighting in the meal itself.” The major uptick of interest in plant-based businesses and movements like reducetarianism, flexitarianism, and Meatless Mondays, led The Economist to dub 2019 the “Year of the Vegan.”

The increasing success of plant-based business models has been partly attributed to health and wellness campaigns by private companies, governmental campaigns advocating for less meat and more greens and pulses, and plain old curiosity. Folia’s culinary selection includes 12 wholesome, plant-based items including starters, entrées and desserts. Four Seasons Executive Chef Gilles Arzur said of the collaboration, “We are noticing that our guests are ever more interested in the food they are consuming, and the health benefits of shifting to a plant-based diet. We are excited to bring this offering to our guests, and present a menu that puts a plant-based twist on favorite menu staples.”

The full Folia (which means “from the leaves” in Latin) menu is available in the Resort’s newly unveiled garden oasis purpose-built for the debut. The hotel also confirmed that Folia will also be presented as part of its wellness menu, and be available in its rooms and suites “designed for the health-conscious traveler.” Folia entrées that we’re sure hit the spot for even the lustiest carnivore? The wild mushroom sandwich, green herb tacos filled with roasted squash and king oyster barbacoa, and the raw pizza margherita. And for dessert? A savory coconut cream pie with a delectable macadamia crust. Now dig in! 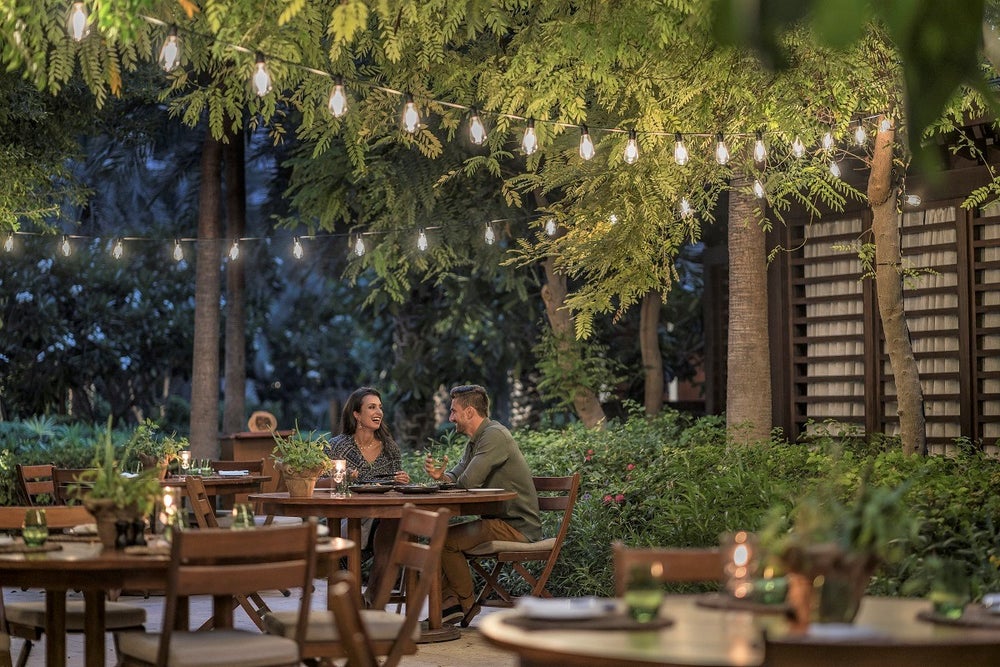 Experiences Matter: Yigit Sezgin, Chief Commercial Officer - MEA, Accor, On How The Hospitality Brand Is Driving Its Offerings In The Post COVID-19 Era

4 Ways the Freight Transport and Hospitality Industries Are Evolving

Competitive Agility: How The Hospitality Industry Can Win Amidst New Challenges