By Shreya Ganguly January 14, 2020
Opinions expressed by Entrepreneur contributors are their own.
You're reading Entrepreneur India, an international franchise of Entrepreneur Media.

Blenders Pride Reserve Collection presented Entrepreneur India’s 35Under35 2020 list which included some leading names from the field of entrepreneurship and founder of ION Energy, Akhil Aryan made it to the coveted list.

The rising levels of pollution have opened up several dialogues regarding switching to alternative energy and electric vehicles (EV). However, one of the main problems in this space is the availability of technology and resources to produce lithium-ion batteries for storage. Lack of local batteries has led to high imports from other countries thereby increasing the overall costs of vehicles.

However, Mumbai-based ION Energy is looking to solve the problem by providing a unique electronics platform-as-a-service (PaaS) model which uses software analytics and artificial intelligence (AI) to improve the performance of EV batteries. The company allows its users to buy or build their own battery management system (BMS) using ION Energy’s technology. 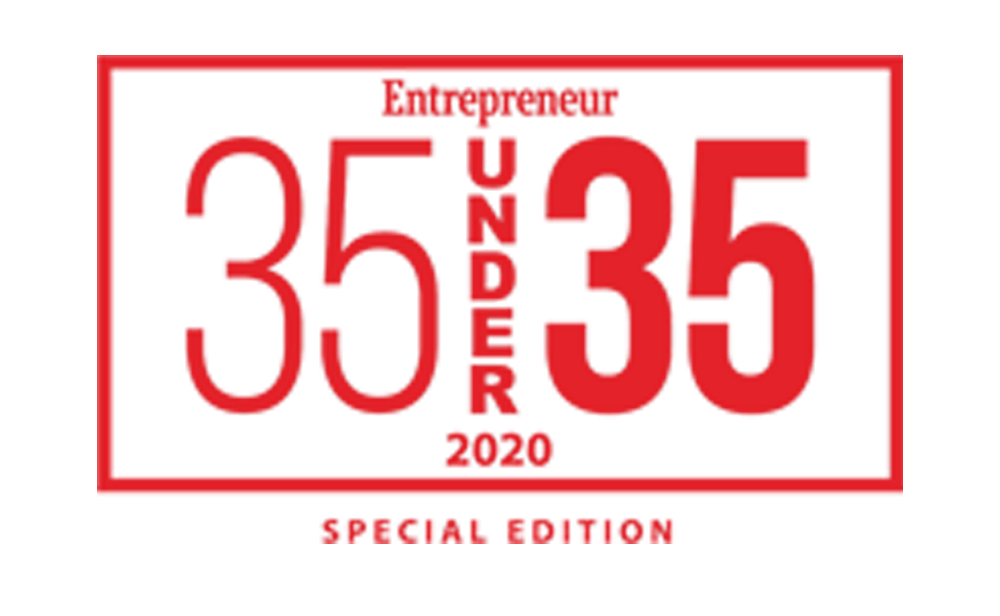 ION Energy was founded by Akhil Aryan in 2016. The company mainly offers battery management and intelligence platform which allows companies to design their own BMS model or buy one.

For the uninitiated, a BMS which is considered as the brain of the battery, is responsible for measuring cell voltages, ensuring balanced charge cycles, state identification and controlling crucial safety systems. It manages the battery by keeping it safe and extends its life and performance. Thus, any kind of lithium-ion battery needs a BMS to run safely.

Speaking to Entrepreneur India, 28-year-old Aryan explained that he always knew he would like to be in the business of batteries. “Around 2014-15, my father wanted to sell his Skoda Superb and get an EV. At that time, I told him instead of selling it, let me try and convert the car into an electric car. So I started reading a lot about how you could convert an existing internal combustion engine into an EV, and began ordering parts online.”

During the research, Aryan realized that the most expensive part of the conversion or an EV is the battery pack. According to him, especially if you're making just one battery pack for one car, the cost can cross INR 1 crore. “That was when I realized that batteries are going to be a critical component for EVs and there was no ecosystem to do this in India,” Aryan said.

Apart from this, Aryan was also inspired by Elon Musk’s Tesla which used software to improve battery performance. “I decided that we would have to build a battery or energy storage company with software at its core. This is how we evolved into finding out what exactly we want to do,” Aryan added.

BMS systems available in the market provide electronics hardware support to the battery and acts like a motherboard. ION Energy has built a motherboard and has connected it to the cloud. According to Aryan, ION Energy essentially blends advanced electronics with cutting edge Internet-of-Things (IoT), and cloud infrastructure that works together to help battery life and performance.

According to Aryan, currently the market is quite fragmented in a sense that there are some electronics component suppliers such as Bosch, Delphi and Continental who provide electronics to car companies or original equipment makers. Then there are some IoT companies who are trying to sell telematics solutions such as GSM and GPS, which will be connected to the cloud. And then there are separate cloud analytics big data analytics company that are trying to sell analytics.

“So what we are bringing to the market is connecting these three critical points, which is advanced electronics, IoT and cloud analytics and software. So when we put that together, you create sort of a deep link between the three points. And you can control how the processing in the cloud can actually be transferred back to the vehicle or back to the battery, and have a full-stack rather than broken down approach,” Aryan explained.

The start-up has been backed by a clutch of investors, including Sushil Jiwarajka, chairman of OMC Power and founder of Nippo Batteries; and Aakrit Vaish and Swapan Rajdev, founders of Haptik.

ION Energy counts some of the popular brands such as Ola, Okinawa Scooters, Tata Motors and Airbus as its clients. Currently, it is present across 12 countries including France, Germany, the UK, Ireland, Australia and Africa.

In 2018, ION Energy acquired French battery management company, Freemens SAS. As a part of the deal, Alexandre Collet, founder and chief executive of Freemens joined ION Energy as its co-founder and vice-president, engineering.

According to Aryan, one of the major challenges for him is the problem in raising venture capital for such tech business. “We don't have the investment environment that allows us to raise significant capital for this but it has in some ways forced us to be capital efficient,” said Aryan.

In an earlier interaction with Entrepreneur India, Aryan had also explained that ION Energy had faced this challenge since the day of launch. They realized that it is a difficult concept for investors to buy into. “So we started building a product that would actually make revenue. So in the last 18 months, a large portion of our companies is run by our own revenue.”

Secondly, hiring the right talent is also challenging for ION Energy as the industry is extremely nascent and there are very few people who really understand batteries and BMS in India. “There are positions for which we have interviewed 150 candidates and then chosen one.”

According to Aryan, ION Energy’s 2019 journey was a “mixed bag” since the year saw slowdown in the Indian automotive industry but the company could do well since most of the business takes place from countries outside India.

In terms of achievements, ION Energy’s BMS has been used in 25,000 vehicles which have been deployed on roads. Apart from this, the start-up also launched its Edison Analytics platform, a cloud-hosted battery lifecycle management platform, in September 2019.

Aryan claimed that Edison is already being used by clients and is already a revenue-generating business for the company. According to reports, Edison platform has been designed to leverage usage data and identify patterns, predict life degradation, provide prognostic alerts and send over the air updates to extend battery life by up to 40 per cent.

In 2020, Aryan expects a minimum of 100,000 EVs on the road using their BMS across India and globally. It already has commitments and has begun delivering orders.

Apart from this, ION Energy is also looking to open up an office is North America and expand its presence. It is also recording huge traction from southeast Asia and so as to have a small base in the region.

“We want to do a massive campaign as we want to take this concept of made in India trusted globally where we have R&D, product development and manufacturing in India, and supply it across the globe,” Aryan added.

From a product standpoint, ION Energy plans to launch more products this year to venture in high voltage and passenger vehicles space. “We are expecting a minimum of 300 per cent growth in revenues and otherwise,” Aryan added.