Scaling Up Continuously, This Founder Ensured His Start-up Remained Profitable Since Inception

Ankit Garg of Wakefit says he values the core principles of business to not burn cash, a lesson he learnt from his previous failure

By Tahira Noor Khan February 7, 2020
Opinions expressed by Entrepreneur contributors are their own.
You're reading Entrepreneur India, an international franchise of Entrepreneur Media.

Blenders Pride Reserve Collection presented Entrepreneur India’s 35Under35 2020 list which included some leading names from the field of entrepreneurship and Wakefit founder and CEO,Ankit Garg, made it to the coveted list.

In 2016, Ankit Garg was working for Bayer Material Science where he was looking after the foam industry and small-scale businesses. “Seeing small-scale entrepreneurs speeding up, building a sustainable business for themselves gave me the conviction that one can start from scratch and can go on to become a Maruti-scale enterprise,” said Garg, co-founder and CEO, Wakefit.

Garg observed two major trends in the mattress industry. One, there was no product innovation in the largely unorganized mattress industry in India and second, the cost of the final mattress was highly inflated because of the charges involved in stocking them in shops. “Around 45 per cent of the money (in the mattress industry) is going into the pockets of middlemen. People are paying unnecessary money to distributors who add nothing to the product quality. They are just stock keepers,” asserted Garg.

The 30-year-old Garg saw this as an opportunity and his interest in entrepreneurship and his extensive knowledge of foams and the foam industry in India made him start Wakefit—a direct to customer, online mattress company. He started Wakefit with Chaitanya Ramalingegowda in 2016 with just INR 50,000.

Garg and Ramalingegowda are both second-time entrepreneurs whose previous ventures failed. “Both Chaitanya and I are old school and we do not believe in burning cash. We value the core principles of business and we value money. We have learnt these lessons from our previous respective failures,” said Garg.

Wakefit has been operating successfully since its inception and has never made loss. The consumer start-up raised its Series A funding of INR 65 crore from American Venture Capitalist major Sequoia Capital. 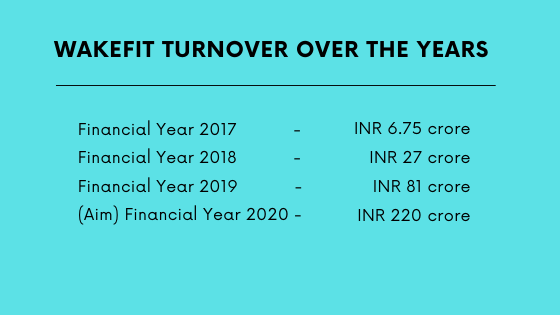 Also Read: This Woman Entrepreneur Brought Back Juttis In Vogue

Garg shares that the funding was used to expand the production capacity of Wakefit by 10 times apart from branding and marketing exercises. Wakefit is not planning to raise another round of funding for at least a year.

Front-runners of the mattress revolution

Garg claims that Wakefit is different from both the traditional big mattress companies as well as the new upcoming players.

“There is no innovation in the traditional mattress industry. The only thing that you will notice is that they will come up with new colors and designs on mattress covers, changes that are superficial. There is no science behind it,” claimed the young entrepreneur. He further added that a good quality mattress in the traditional market are highly overpriced (somewhere around INR 50,000 per piece) and are off-limits for many buyers. Wakefit, however, is a superior quality mattress can be bought at the fraction of that cost, claims Garg. 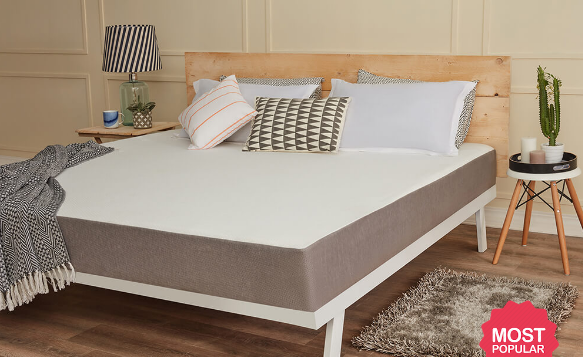 The start-up has a strong research and development team and has come up with their 14th upgraded model of mattresses. “If your iPhone can keep getting smarter, then why can’t your mattress?” quipped Garg.

Wakefit has a satisfaction rate of 96 per cent and offers free 100-day trials for the mattresses. The company offers two varieties of mattresses: Orthopedic Memory Foam Mattress and Dual Comfort Mattress. According to Garg, Wakefit has simplified the mattress buying experience by doing away with unnecessary and superficial categorization. “We offer two varieties, one for your bedroom and one for your guestroom that you can simply buy without any confusion,” said Garg. He added, “At half the price, we offer double innovative and because of our full faith in our product, we offer 100-days free trial.” 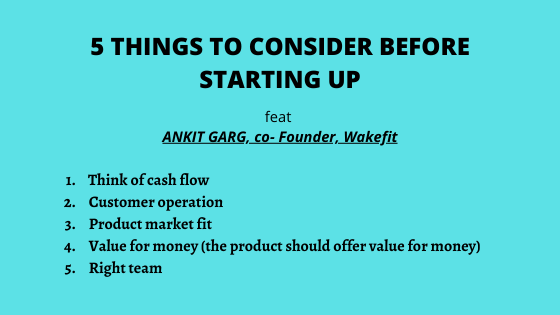 On being questioned how is Wakefit different from other direct-to-customers mattress start-ups such as SleepyCat, Flo Mattresses, Sunday Mattresses and others Garg asserted, “We were the first ones to come up with the idea and our product is based on constant innovation and up gradation. We are not a copycat.”

India has a $3-billion mattress industry of which only a mere 30 per cent is organized. Wakefit claims to be the market leaders in the direct-to-customer mattress segment and holds close to 55 to 60 per cent of the online market share in India.

Garg says Wakefit is constantly evolving and its heart is customer satisfaction. “We started as a mattress solution company, now we are a sleep solution company (Wakefit also offers pillows, bed cover, mattress cover and wooden beds) and we may become a bedroom solution company soon,” said Garg. 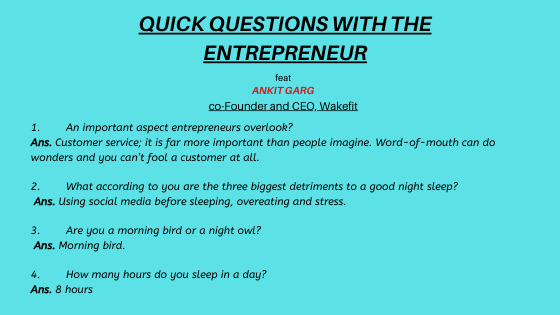